In a world of small plates and tapas inspired sharing, I do not think that side dishes get enough credit.  I’m going to let these little beauties speak for themselves- so here’s me giving a little appreciation to the best sides in Manchester. 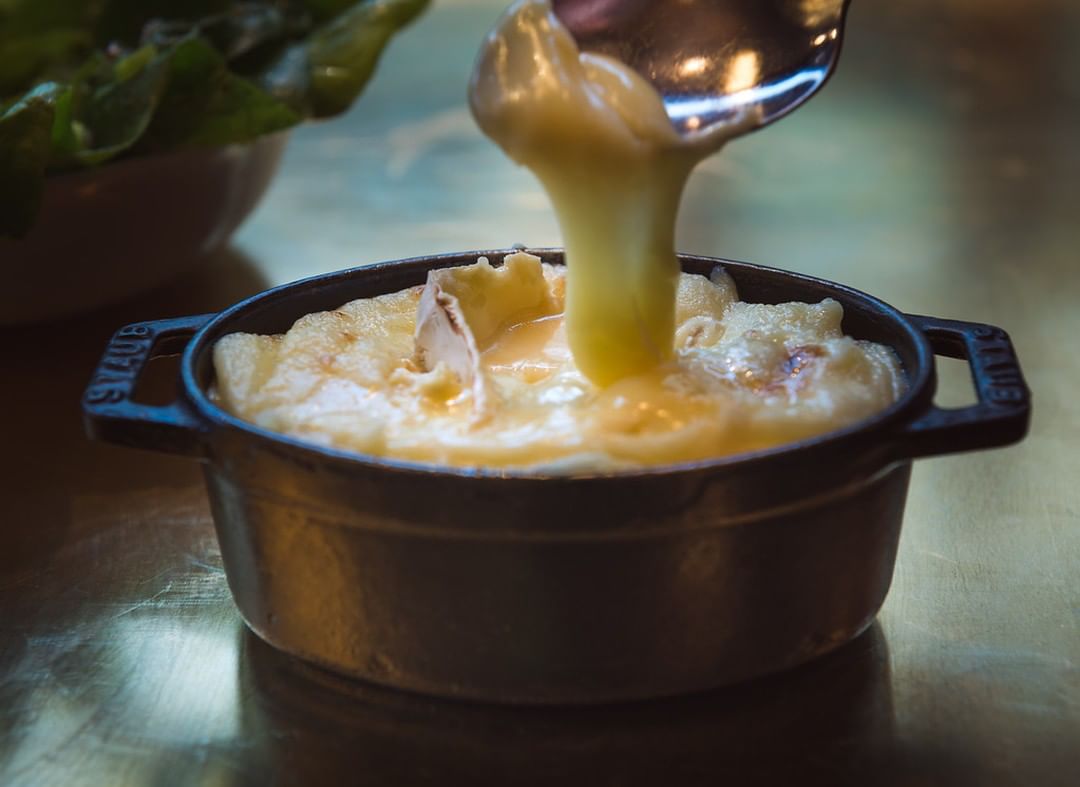 Hawksmoor – Tunworth mash
Mash? There’s nothing special about mash! Well my friend – you’ve clearly never been to Hawksmoor before because THIS mash is the naughtiest and most indulgent mash you’ll ever taste. It’s SO good in fact that it might distract you from your steak, which is saying something considering just how good they are at Hawksmoor. Basically this ‘mash’ is butter, cheese and potatoes and it’s outstanding. You need to get it every time. 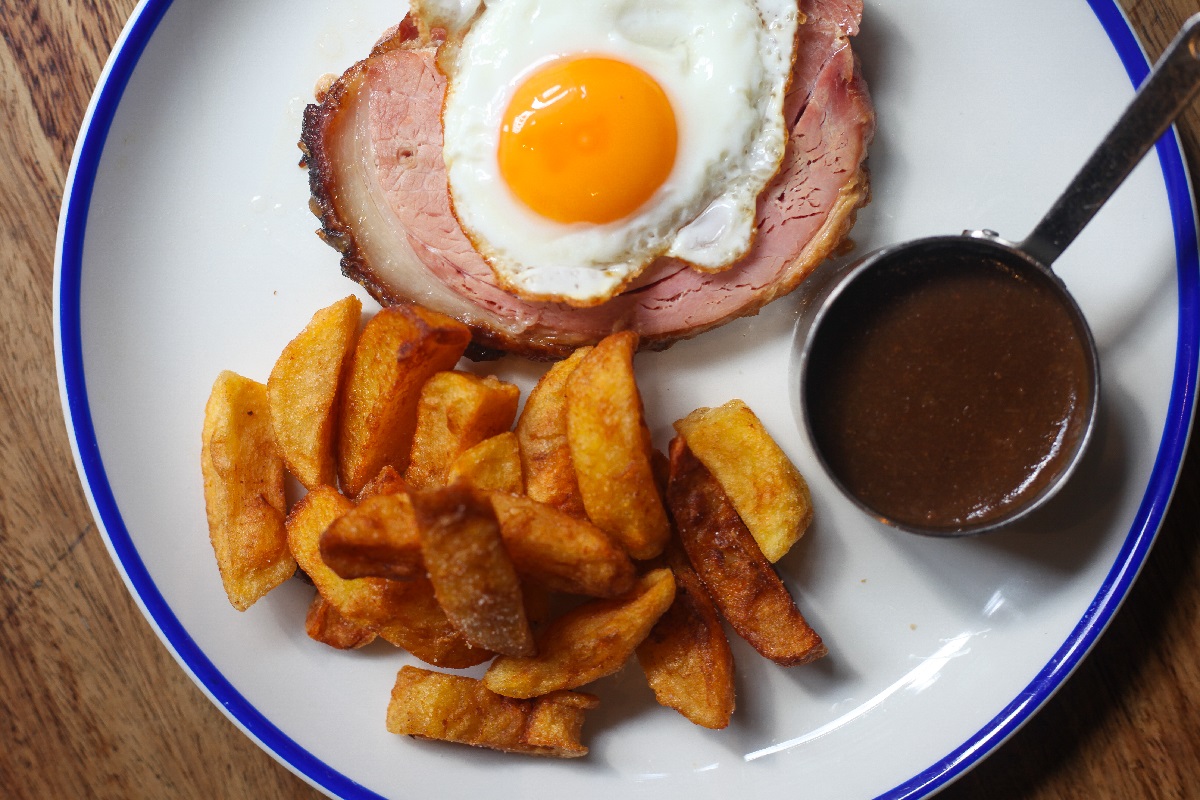 The Bay Horse Tavern – Thrice Cooked Chips
You may think of chips to be just your bog standard side dish, available in every single eatery in the city and not terribly exciting. And in most cases you’d be absolutely correct. But not in the case of these fantastic slabs of thrice fried potato at The Bay Horse Tavern – they are truly the best in the city and can hold their own against anything else on this list. If you’re yet to try them – get down to the NQ as soon as you can. 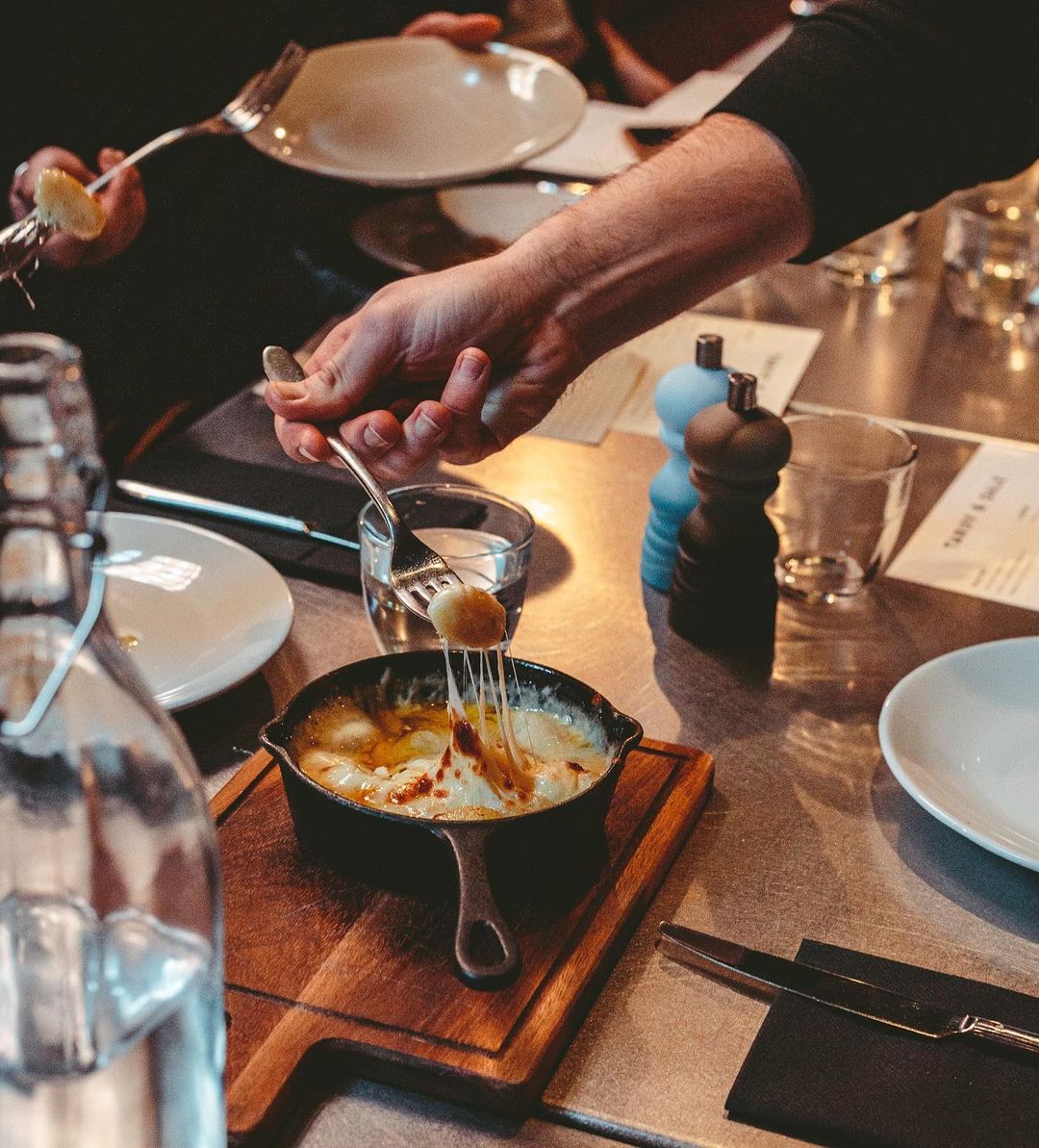 Tariff & Dale – Blue Cheese House Gnocchi
You can order either a full-sized or ‘fun-sized’ version of this gnocchi at Tariff & Dale, which they expertly make in house. The perfect side with one of their pizzas or burgers, the clear choice is always the Blue Cheese option – purely because anything made with blue cheese is truly the best, and also because you can scoop it up with your slice of pizza for a proper naughty cheesy treat. 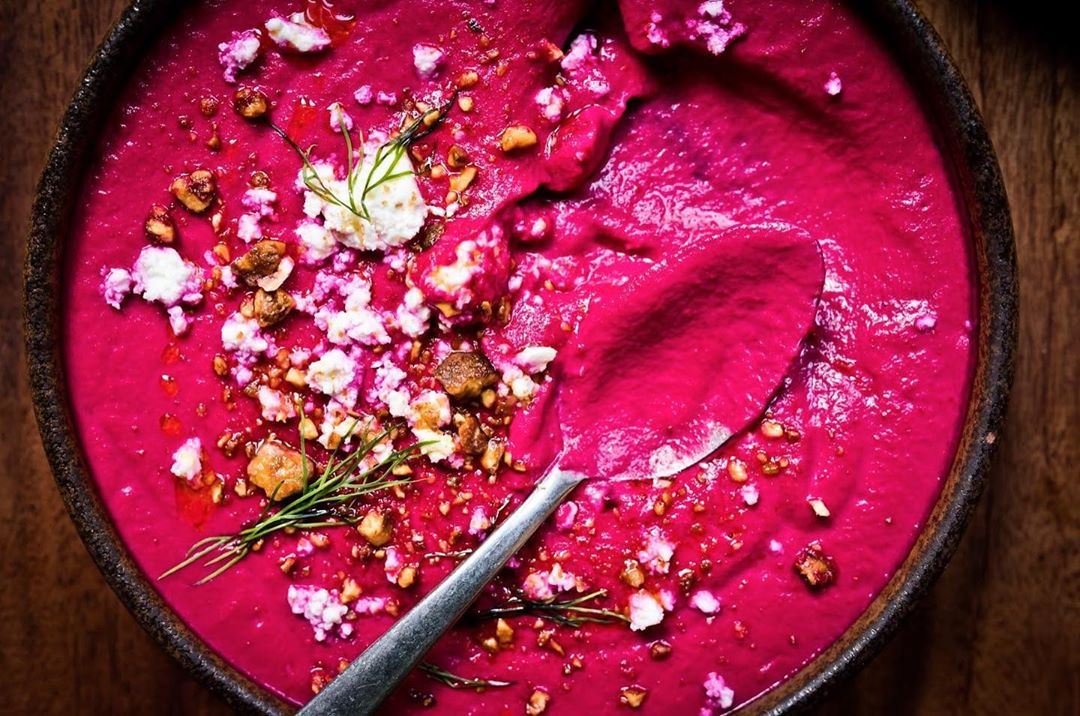 The Refuge – Smoked Feta & Beetroot Dip
They’ve been serving up this wonderful Mediterranean dip over at The Refuge for seemingly ages now – which can only mean one thing – it’s so popular that they wouldn’t DARE take it off the menu. Forget politics, if they deny us this dip the people of Manchester will take to the streets, marching and throwing those petrol bombs until it’s returned to the kitchens. No visit to The Refuge should be without it, and it also (probably) counts as one of your 5-a-day. 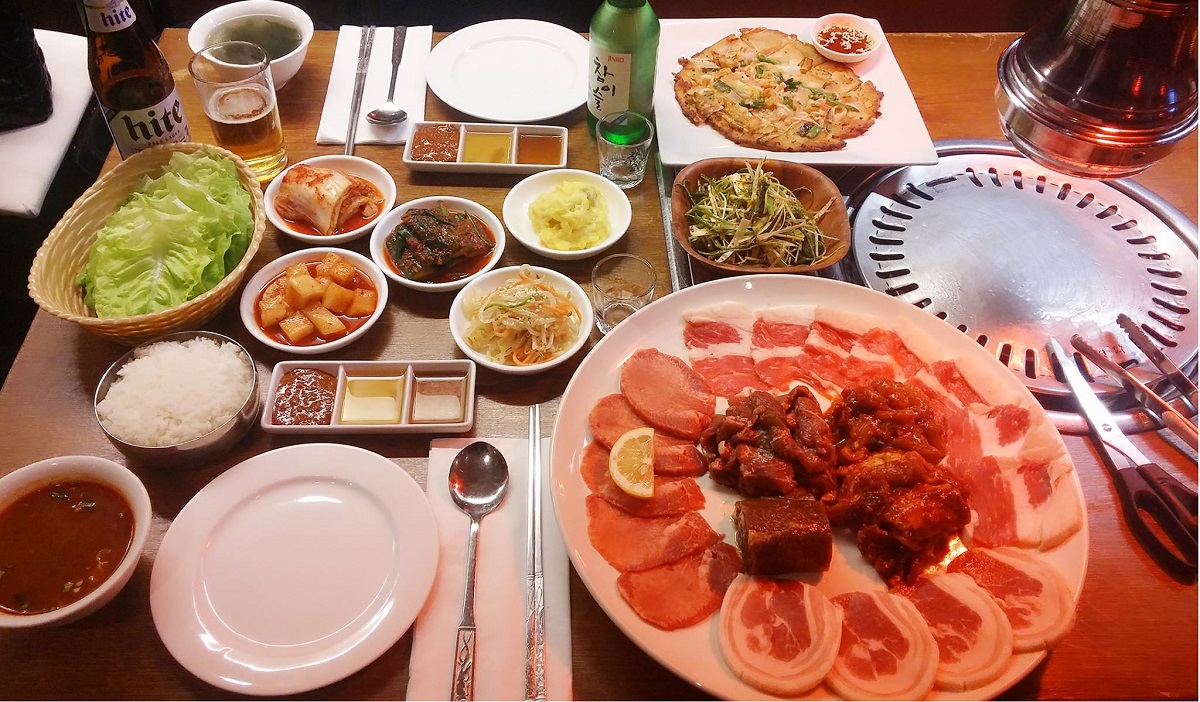 Ban Di Bul – Pan Ji O Ri
Alright, so you guys have probably heard me bang on and on about Korean BBQ- but that is because it is the best thing ever and my favourite way to spend a Friday night at the moment. And this isn’t just for the delicious meat cooked in front of my eyes- half the reason I am obsessed with BBQ at Ban Di Bul is because of a little side dish called Pan Ji O Ri. It is basically thinly sliced spring onions with chilli paste, sesame oil and sugar. I swear to god it is laced with crack or something because I would probably give up my firstborn son for a bowl of the stuff.

(Its the bowl of greenery directly above the meat plate just so you know- I really struggled to find an appropriate picture!) 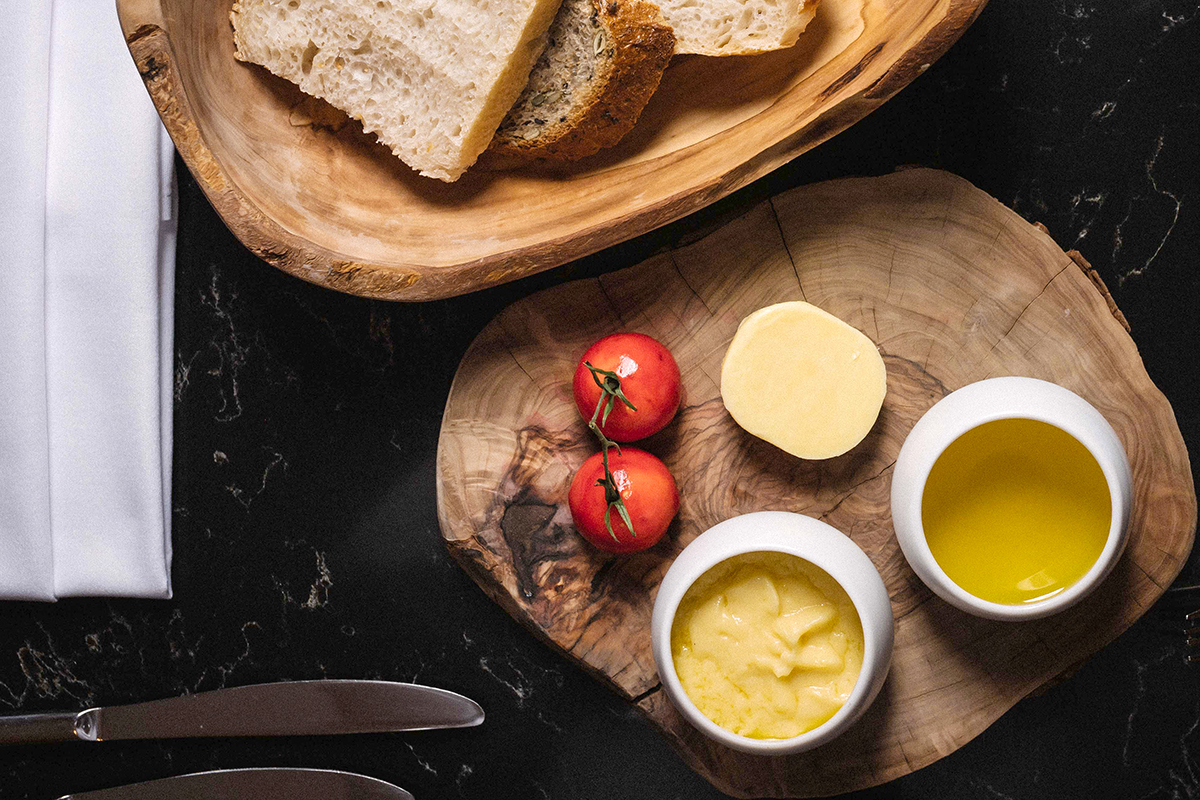 The River Restaurant – Chicken Fat Butter & Lancashire Bomb Custard
Bread and butter is one of those side dishes that you tend to forget exists – until you have it. A chippy tea growing up was never complete unless it was accompanied by a couple of excessively buttered slices of Warbies – and Dave Ashton at The River Restaurant understands this perfectly. He’s created a Chicken Fat Butter which is as fit as it sounds, and the Lancashire Bomb Custard is basically a cheese custard that you slather on your bread and instantly orgasm. 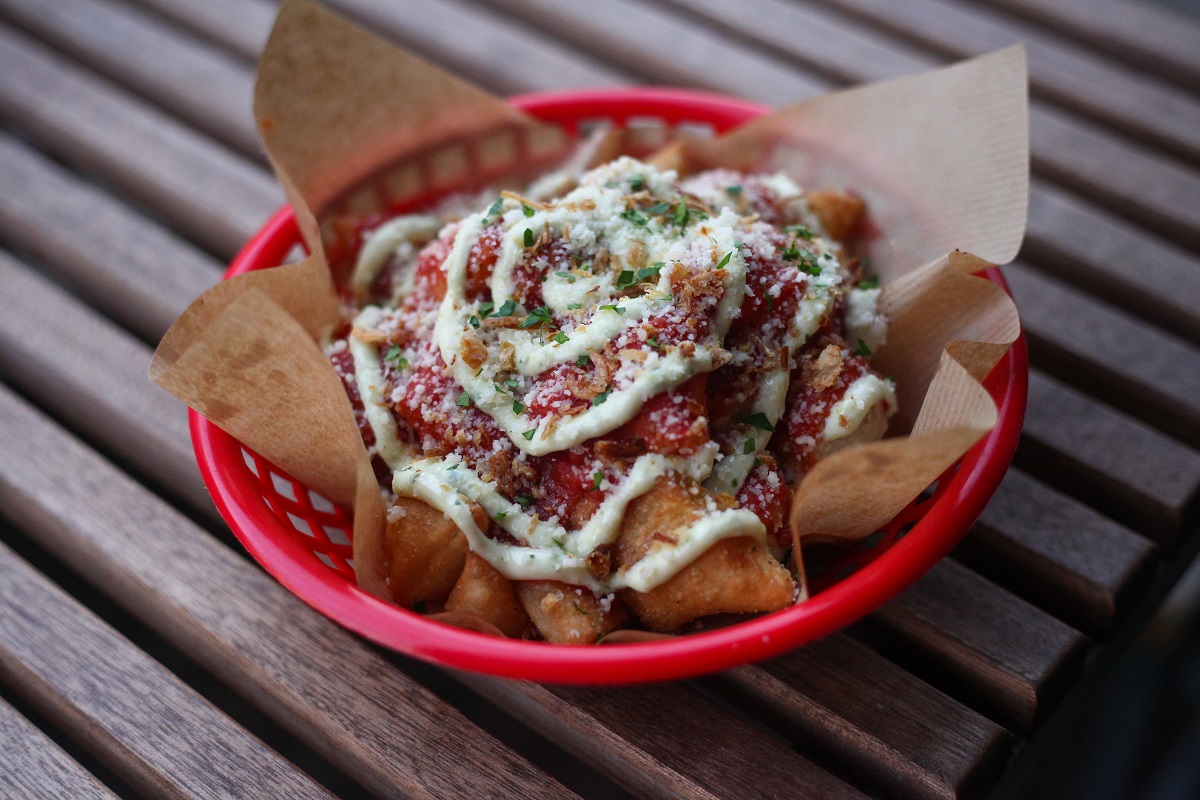 Electrik – Pizza Doughnuts
The perfect accompaniment to anything on the menu at Electrik, these Pizza Doughnuts are pretty much perfection on a plate and you’ll find yourself polishing off a full portion in no time. They’re extremely naughty though – which if I’m being honest makes them taste around 40% more delicious. Enjoy alongside some food as I’ve already said or just tuck into them while enjoying one of Electrik’s ample ales. 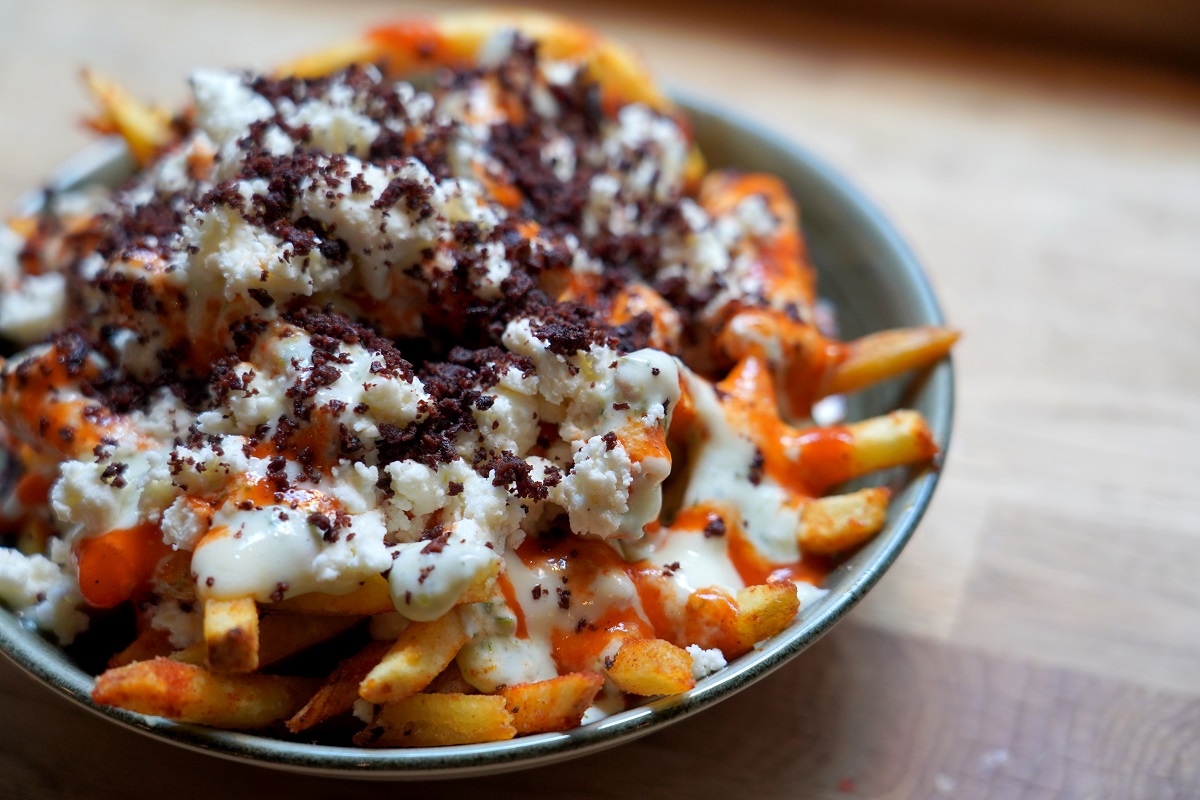 BAB – Greek Fries
Eat these fries and you’ll be magically transported to a lovely Greek Island. That’s the idea anyway. But, as is usually the case – you eat your food with your eyes open and you can clearly see that you’re not on Crete but instead stuck in the Northern Quarter and it’s bloody raining. Cast all of that horrible-ness aside though because these fries are seriously mega – topped with feta, olives, tzatziki, chilli sauce and thoum (which is a Middle Eastern garlic dip). 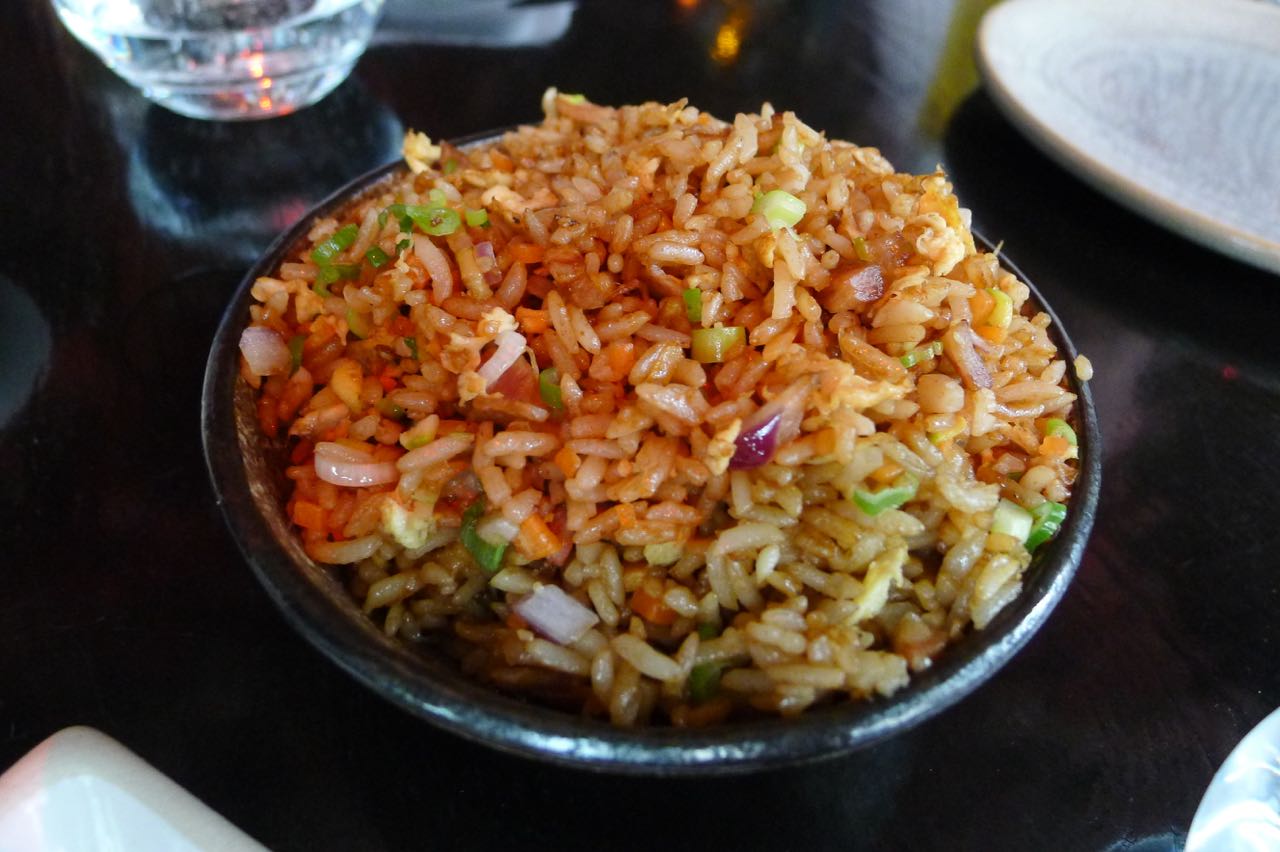 Tattu – Duck Egg and Sausage Fried Rice
Why have ordinary fried rice when you can have sausage in it? If I’m sincere, this sounds like something I would make at 2 am after a big night (minus the duck egg, I’m not the Queen) but it is so much more. The duck egg makes everything all buttery and creamy, and when paired with the excellently spiced rice it is hard to turn down and makes the perfect side to any other Tattu dish. 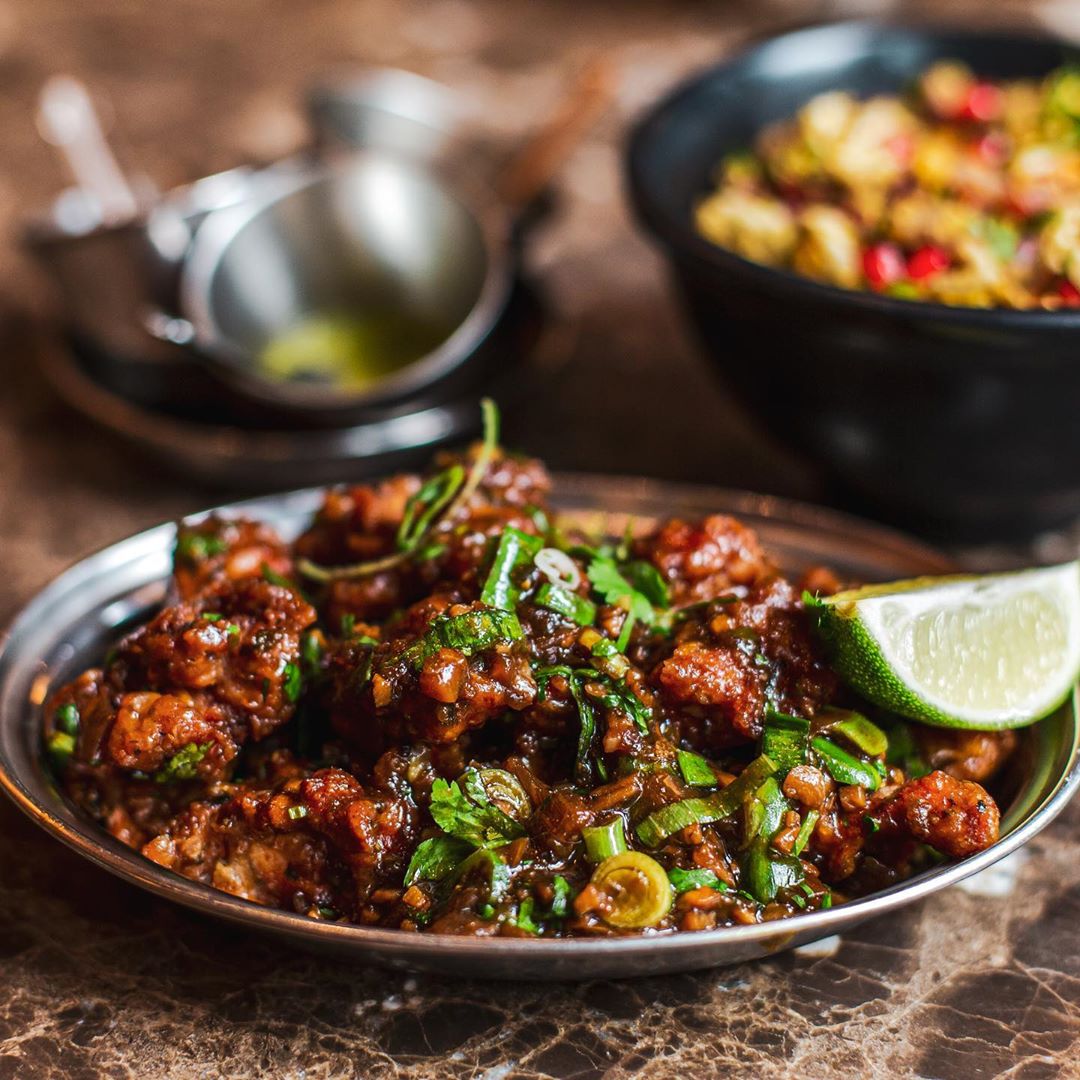 Dishoom – Chilli Chicken
Ask anyone what their favourite dish at Dishoom is and they’ll either say the Bacon Naan (if they went for breakfast) or the Chilli Chicken (if they went at any other time). If they’re vegetarian they’ll probably say the House Black Daal which is also excellent, but this Chilli Chicken is the one. Like – there’s no point going to Dishoom if you don’t bloody order it. So do it. 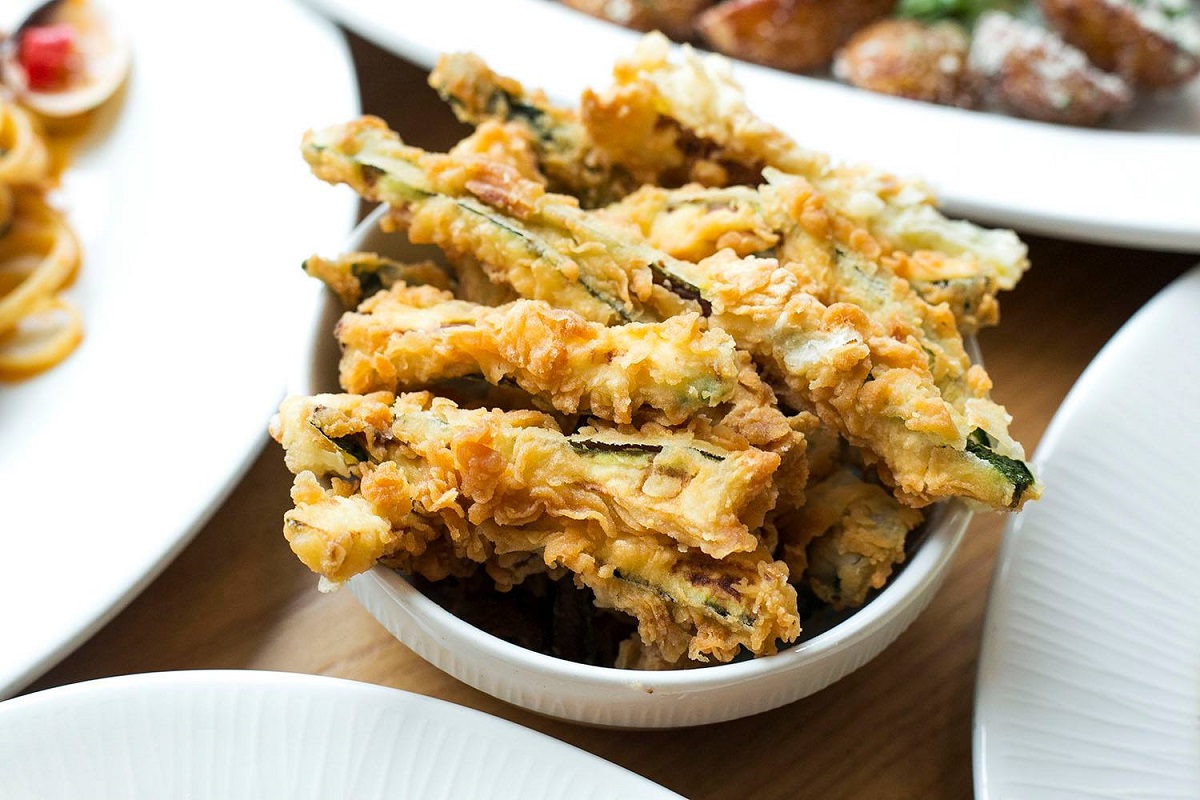 Don Giovanni- Zucchini Fries
A trip to Don Giovanni without trying the zucchini fries is a trip wasted. This is a simple side dish which is more Italian than a vertically-challenged plumber driving a 1965 fiat 500. They are so simple- strips of courgette tossed in flour, deep fried and seasoned well before being stuffed in your mouth four at a time. That’s it. They would make a perfect snack to enjoy over a few drinks and go with everything on the menu at either of these venues- especially the pizza! 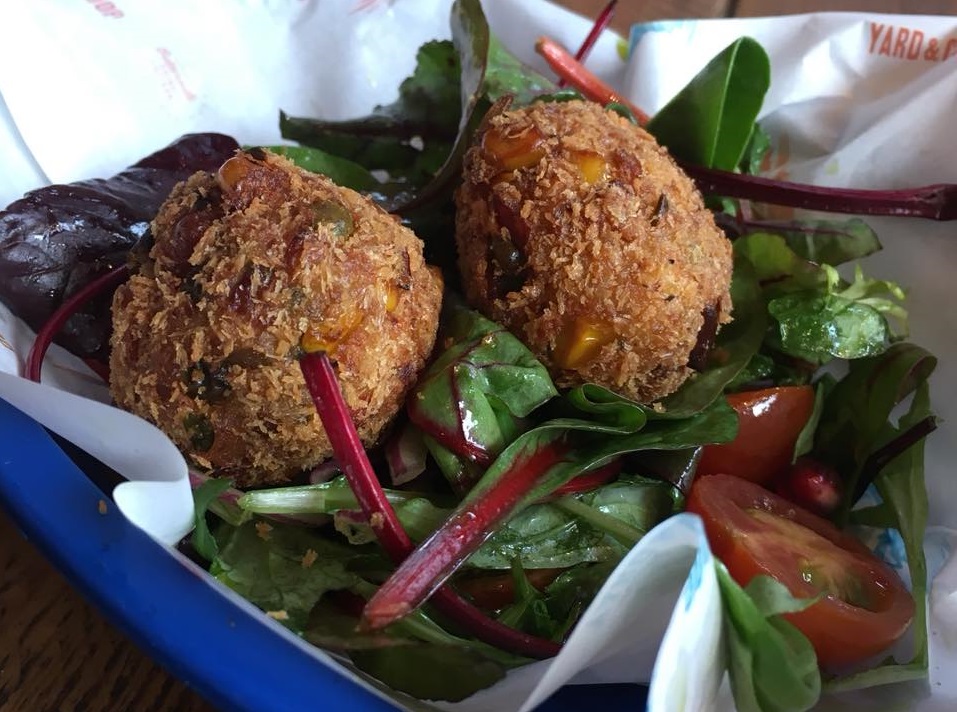 Yard & Coop – Amaizeballs
I’m going to pull a wild card and talk about something at Yard & Coop other than chicken. Controversial I know- but when I’m enjoying my fried chicken, with my chicken gravy and chicken fries, I quite like something in my mouth other than chicken for a couple of seconds or so. Is the word chicken starting to sound weird to anyone else? Anyway, I seriously recommend the deep-fried sweetcorn balls- they are veggie, but still a bit naughty and the perfect accompaniment to your chicken. Chicken. 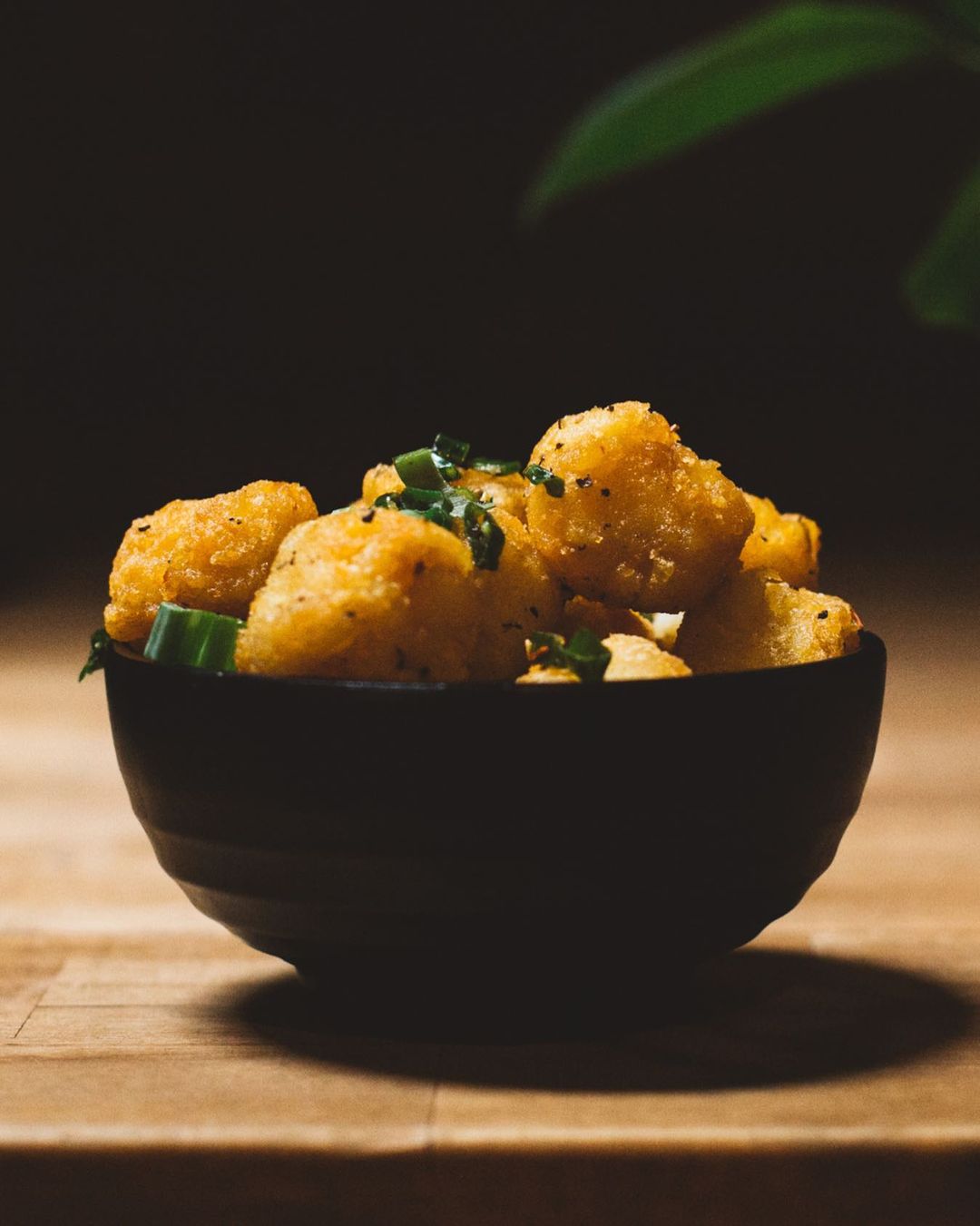 NAM – Salt & Pepper Hash Browns
Part of NAM’s new Brunch Menu, he’s an absolute genius for pairing the best seasoning in the world with the best potato-based breakfast product in the world. Actually, the best potato-based breakfast product is the Bird’s Eye Potato Waffle but that would just look silly next to your Breakfast Bahn Mi. Step up the hash brown then and make sure you get ’em. 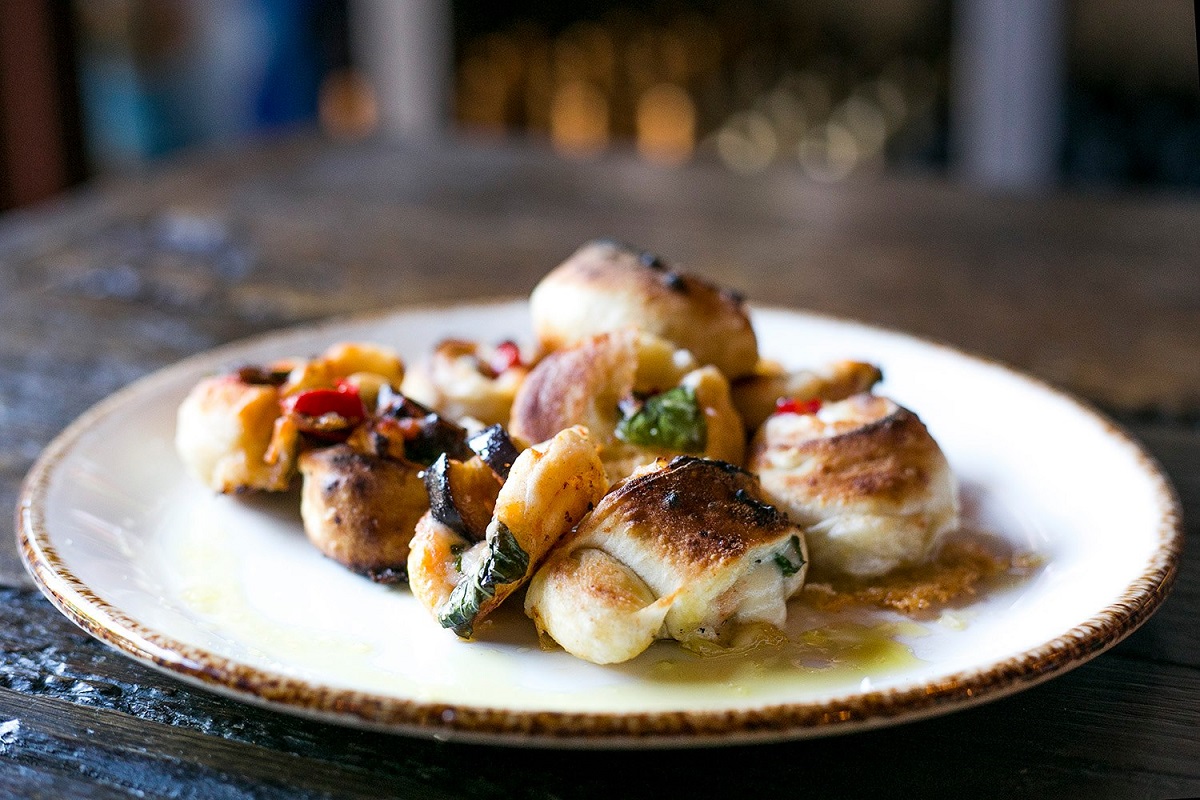 Tre Ciccio – Rotolini
Alright, you caught me. I’m definitely cheating with this one because it is technically a starter and not a side but that’s only because I am a complete and utter pig and I would order this on the side of my rotisserie chicken. Rotolini is the posh name for dough balls, and these ones are enriched with fresh basil, Italian cured ham, tomatoes and fior de latte cheese. Think of them as little pizza bites which allow the beautiful taste and texture of the dough shine through. Bellissima! 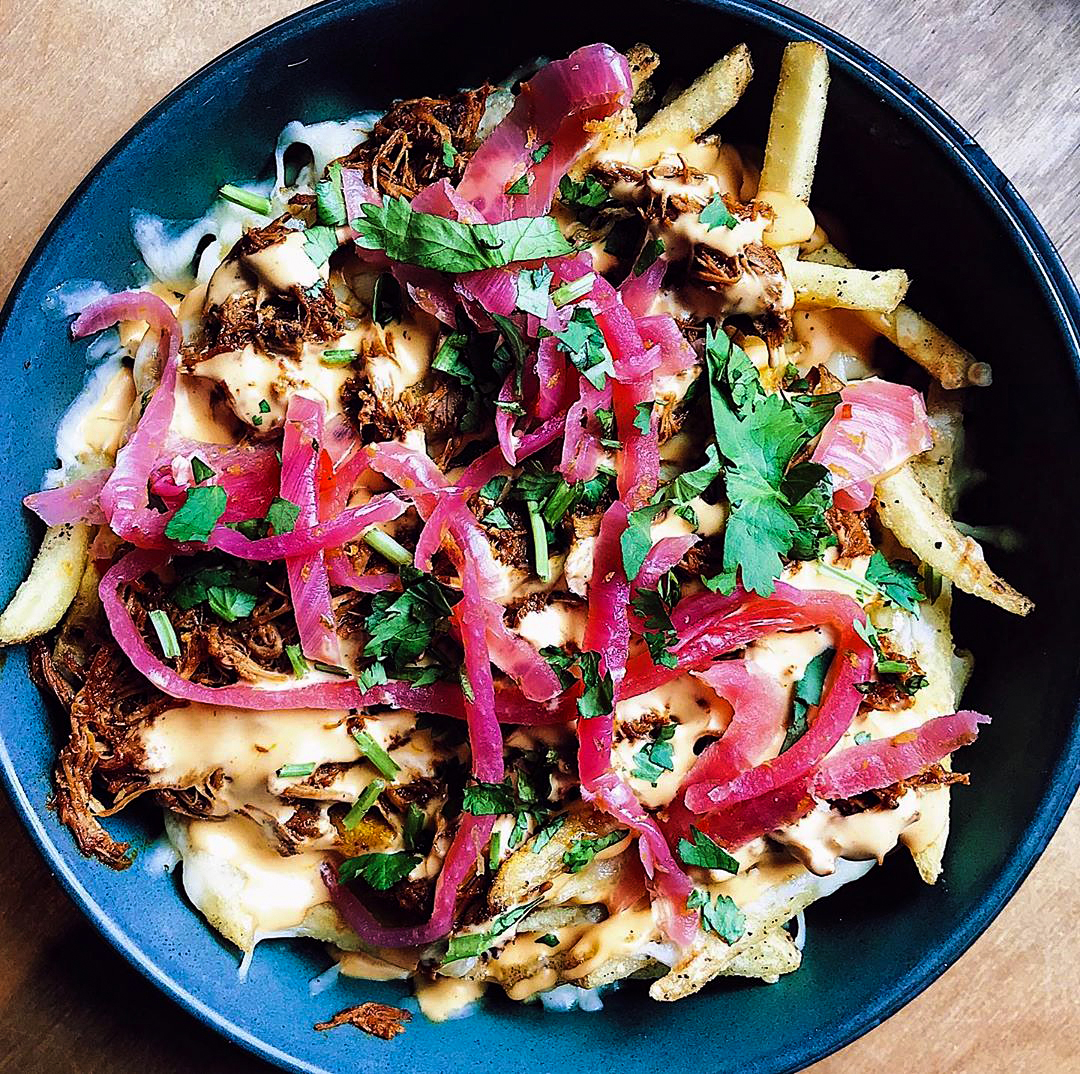 Wolf at the Door – Pibil Loaded Fries
After you’ve spend an absolute age deciding which bao and tacos to order, here’s some advice – don’t ignore the loaded fries at Wolf at the Door – otherwise you’ll want to hit yourself in the face for missing out. Our favourite is the Pibil Loaded Fries which are essentially a ‘deconstructed’ pork taco plonked on top of some seasoned fries. So, you’ve got shredded pork, a gooey cheesy mix, pickled onions and a few generous squirts of habanero mayonnaise. 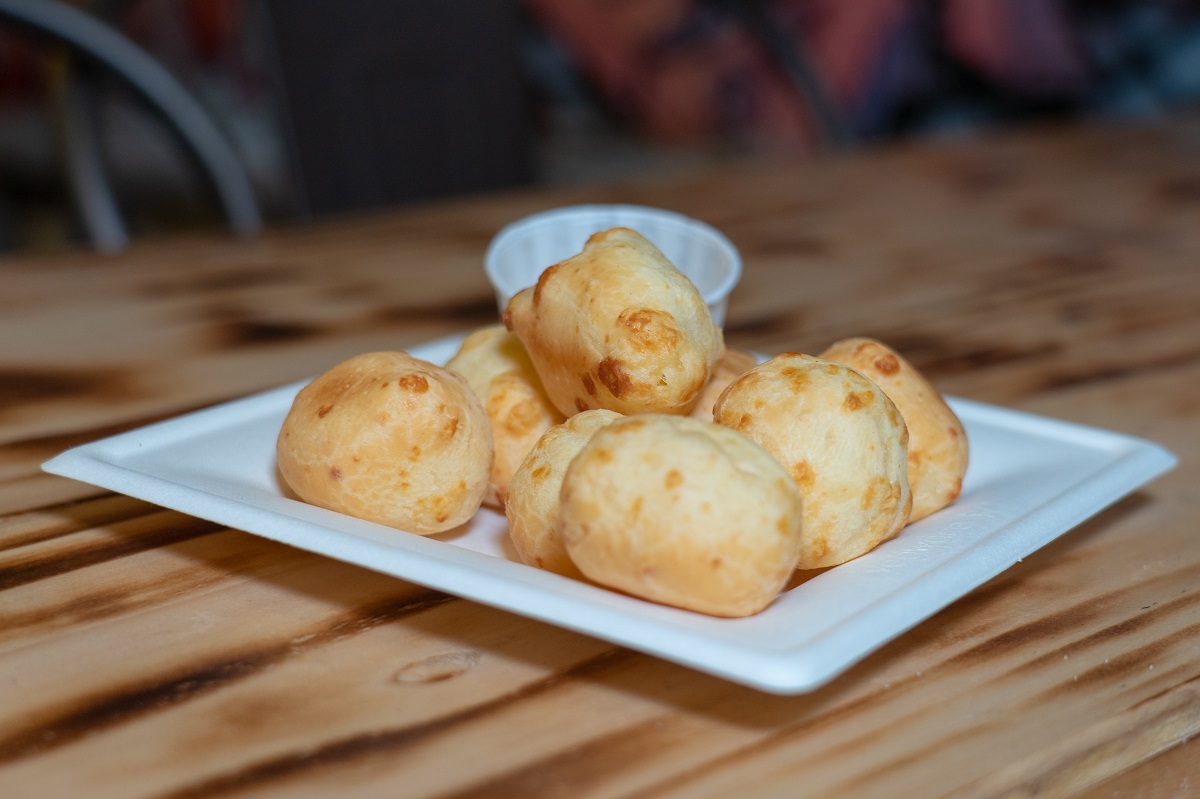 KBOM Bar + Kitchen – Pau de Quejio
These are the most popular street snack in Brazil apparently, and as soon as they arrive at your table at KBOM and you pop one in your gob – you’ll instantly see why. They’re little cheesy bread balls and they’re seriously moorish – and I’ve just read that the Brazilian’s absolutely love scoffing them for breakfast. 100x better than a bowl of Frosties any day. 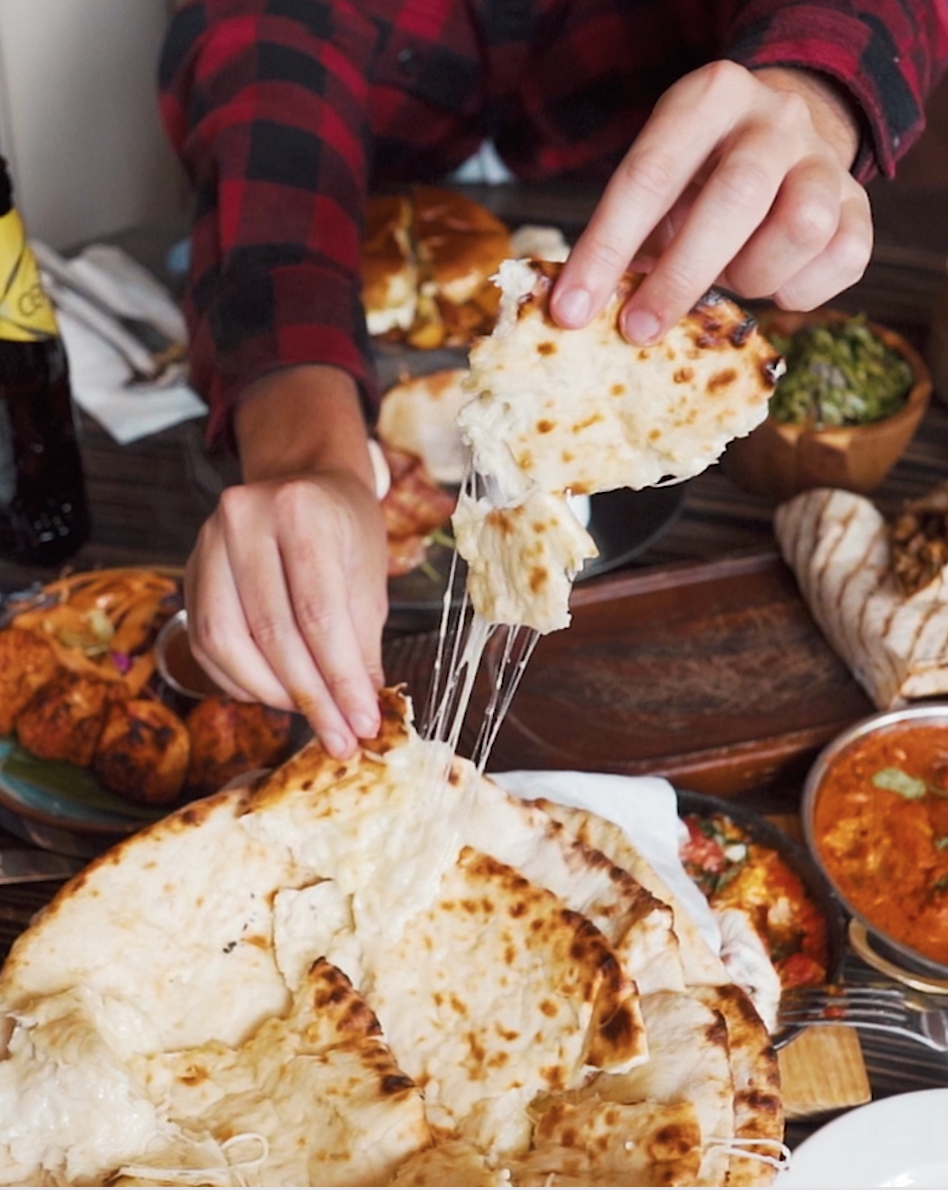 Zouk – Cheese Naan
You might not think that cheese and curries mix, and usually – you’d be right. Apart from the classic paneer, sharp cheddar cheeses don’t typically work well alongside the spice and heat of the dishes. Unless that is – it’s stuffed in a big, juicy naan bread. It’s like an Indian cheese on toast and when cooked in Zouk’s fiery tandoori oven – it’s crispy, chewy and the perfect accompaniment to anything that’s on the menu. 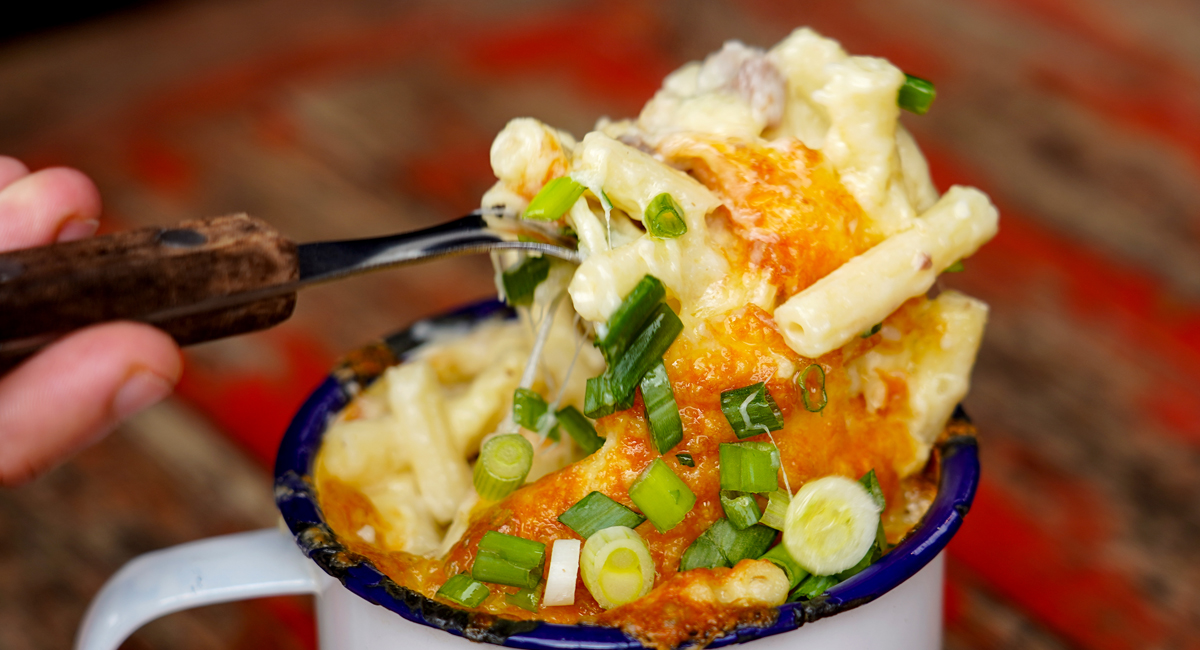 Cane & Grain – Mac & Cheese
It was so hard to narrow this down to just one side- let me tell you. The sides menu at Cane & Grain is epic- we’re talking spam fries, beer battered onion rings and popcorn shrimp. However, if I had to (on pain of death) choose one, I would go for the Mac & Cheese. Served piping hot and gooey as fuck, this is a delicious three cheese concoction, topped with red cheddar and slow cooked beef brisket. Enough said. 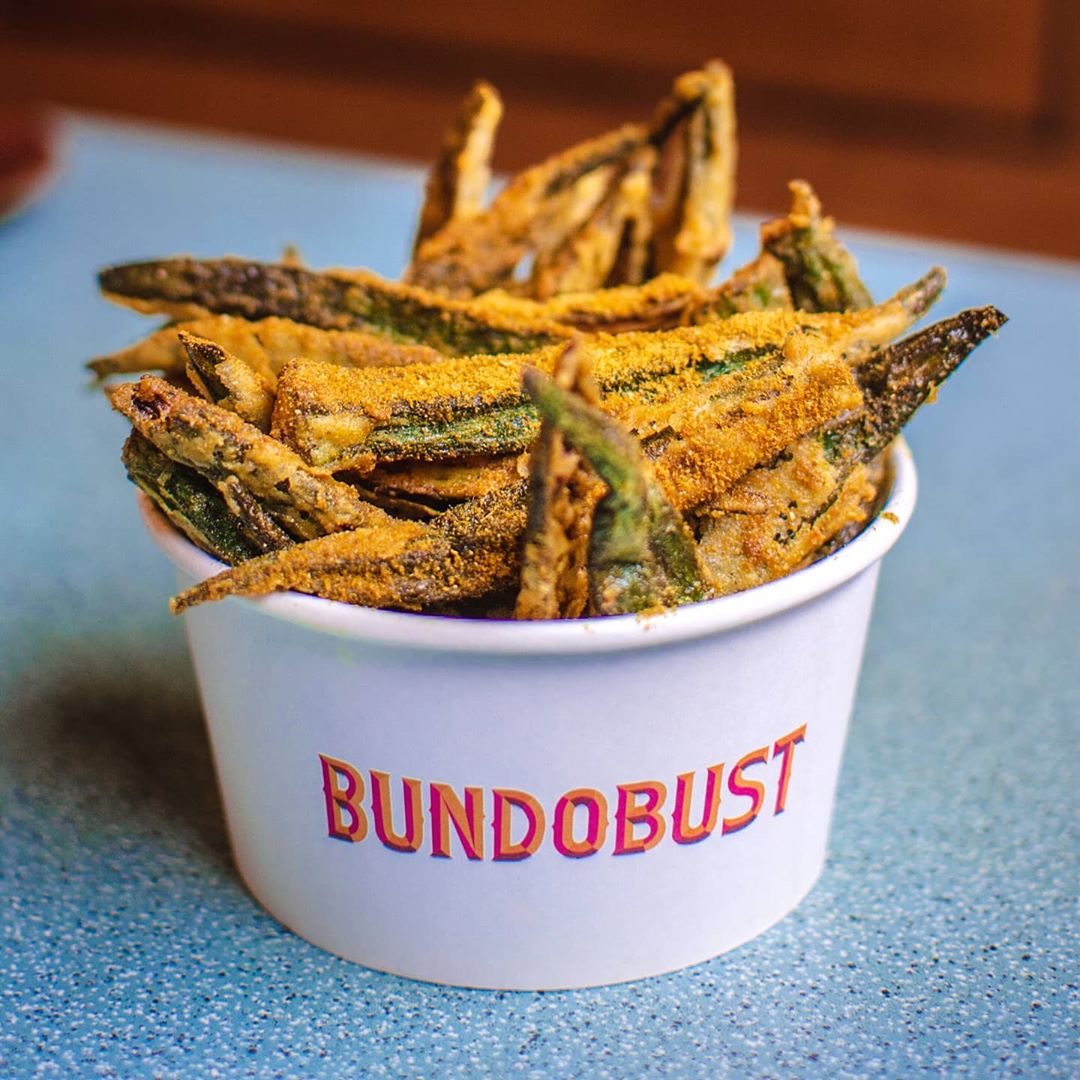 Bundobust – Okra Fries
Times have gone by when I’ve genuinely had minor withdrawal symptoms from the Okra Fries in Bundobust. Technically you could categorise everything in Bundobust as a side dish but for the sake of this round up – I can’t ignore the pure beauty of these fries. Little sticks of okra which are then coated in chickpea flour, deep fried and then sprinkled with spices. Perfect alongside a pint.