The brunch specialists have a brand-new site and it's an absolute beauty... 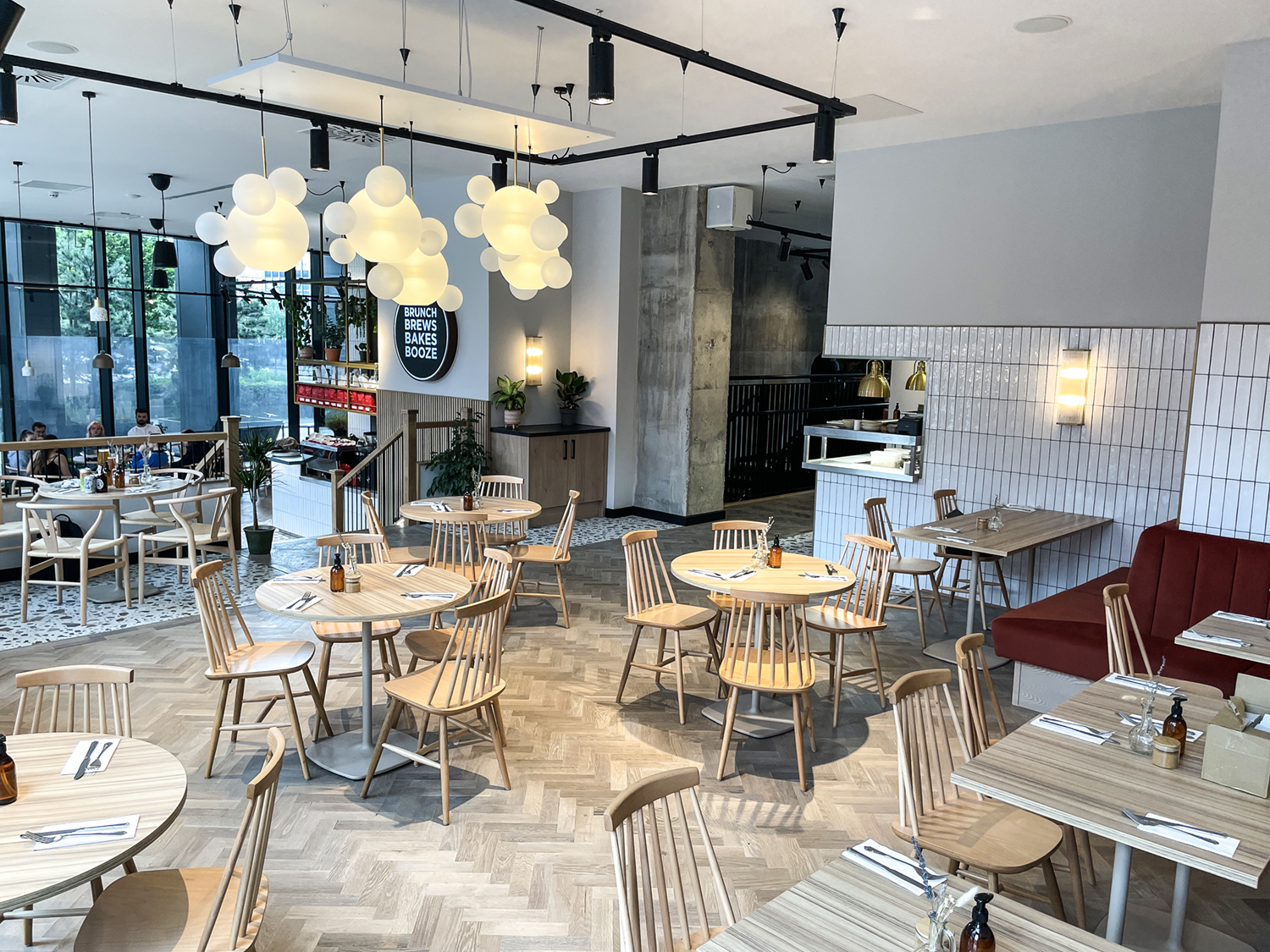 Now open on the border of Ancoats and the Northern Quarter, right at the foot of the tall Moda Angel Gardens tower is the newest location from brunch experts Pot Kettle Black. 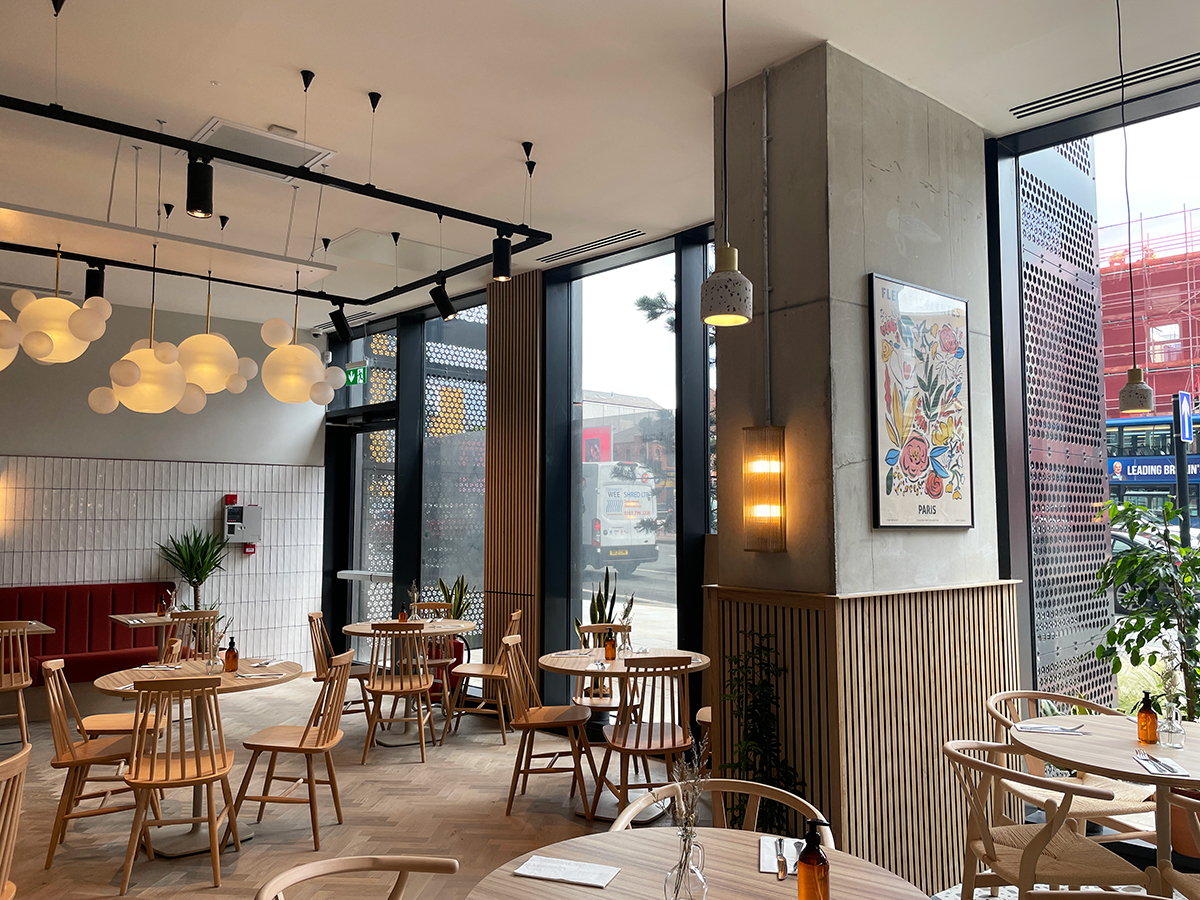 Not only is this site twice the size of their long-standing Barton Arcade café, they’ve also expanded and improved the food menu, drinks offering and opening hours, but best of all, they’ll be going all out every Sunday with some pretty banging Roast Dinners and cocktails well into the evening. 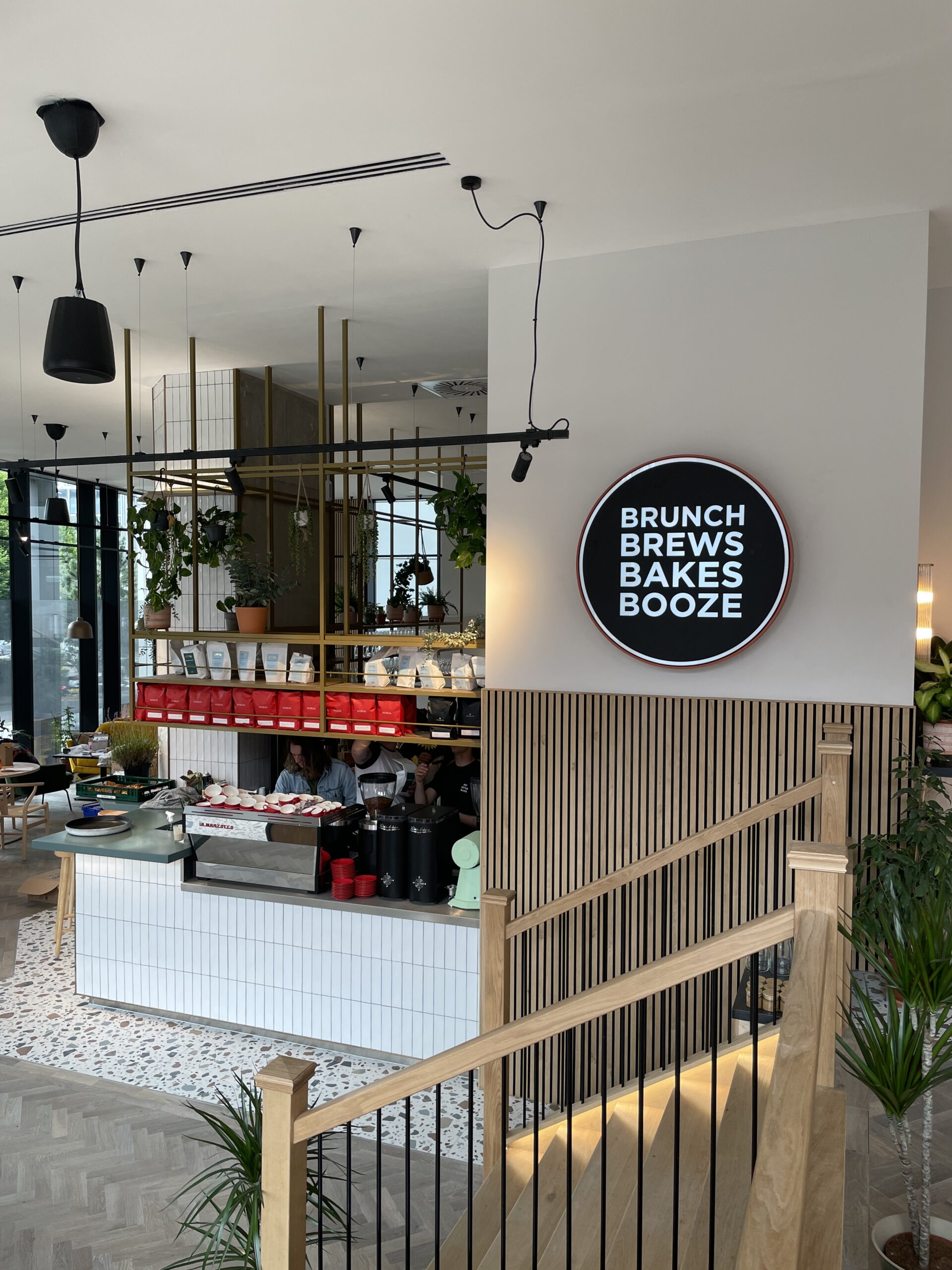 The seeds of Pot Kettle Black’s fruition came all the way back in 2010 when Oldham-born Mark Flanagan was playing rugby league for Western Sydney’s West Tigers.

Experiencing first-hand the café culture revolution taking place on the streets of the Australian city, Mark returned to the UK with an idea, one which he took to his fellow rugby mate Jon Wilkin, a self-confessed foodie, and soon enough – an Australian-style coffee shop was beginning to take shape. 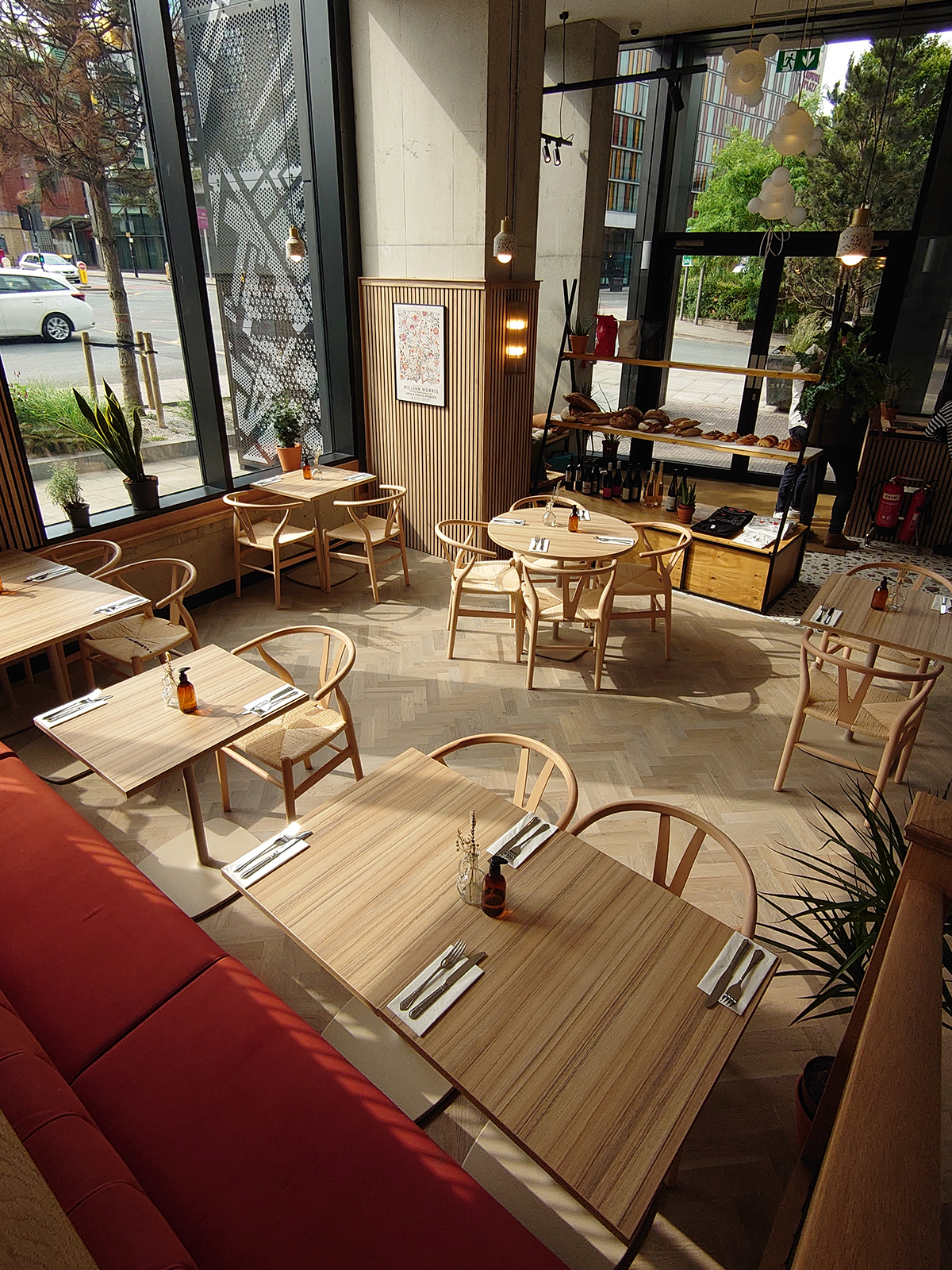 Pot Kettle Black opened up in Barton Arcade in October 2014 and was quickly established as a forerunner of a seismic shift in cafe and coffee culture in Manchester, riding a wave of freshly ground coffees, loose leaf teas, smashed avocado and all the things that made Antipodean coffee shops work so famously on the other side of the world; a focus on ruthless quality, a laid-back environment and everything on the menu made from scratch. 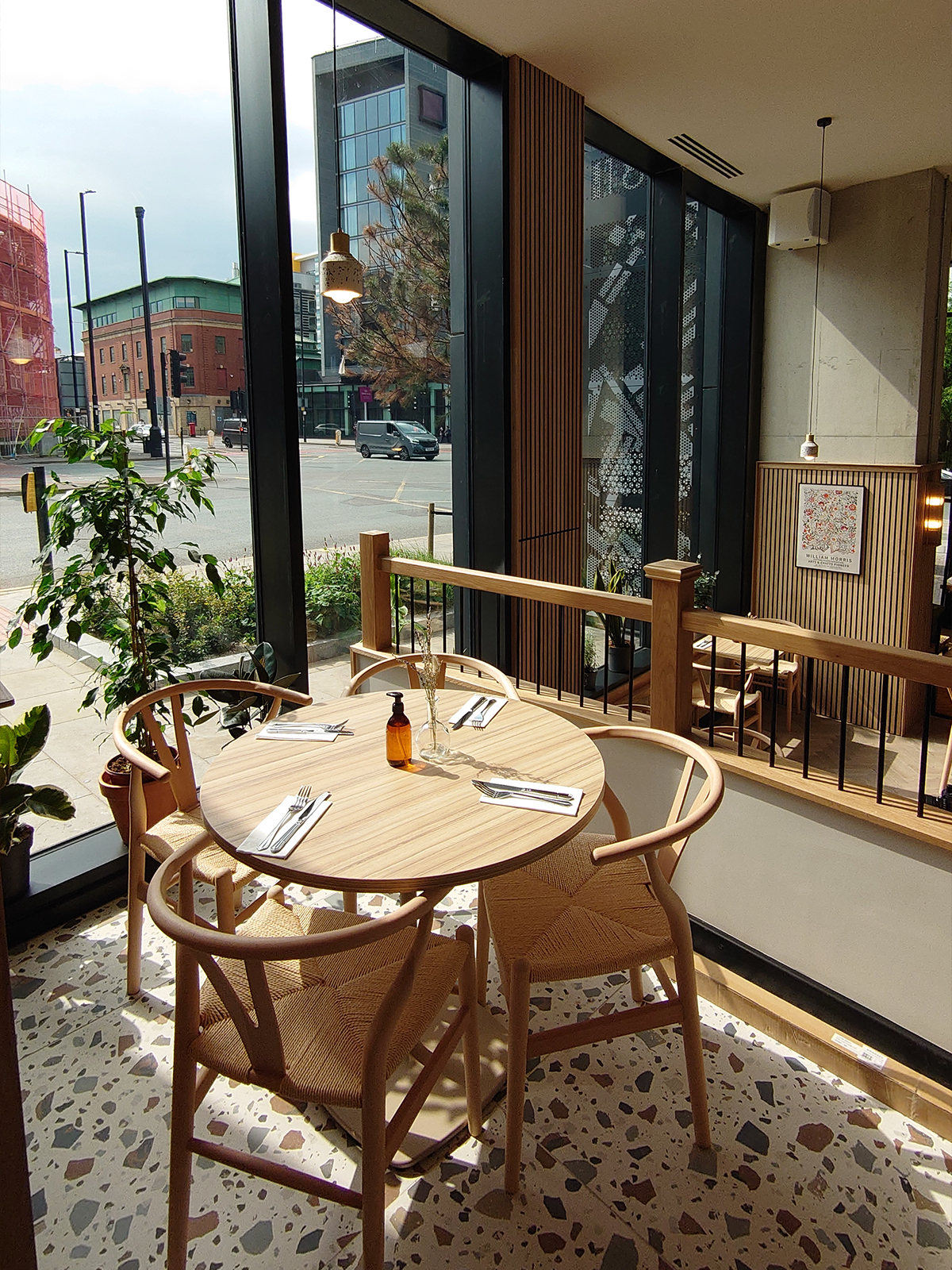 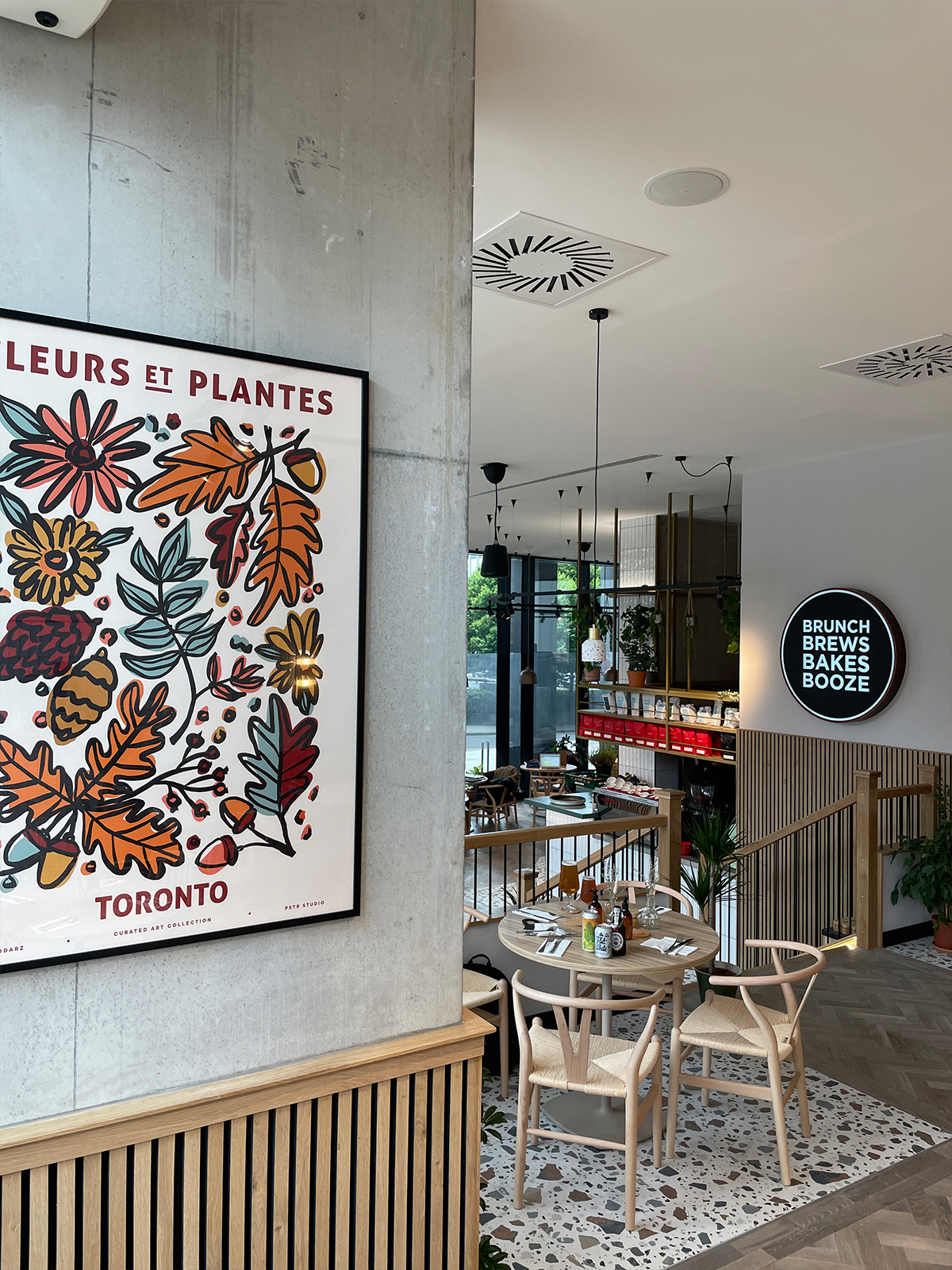 Awards and universal acclaim has followed in the ensuing years, and now – expansion, but not just with the new unit at Angel Gardens, PKB have also extended their talented tentacles behind the scenes by opening up their very own wholesale bakery – Half Dozen Other. 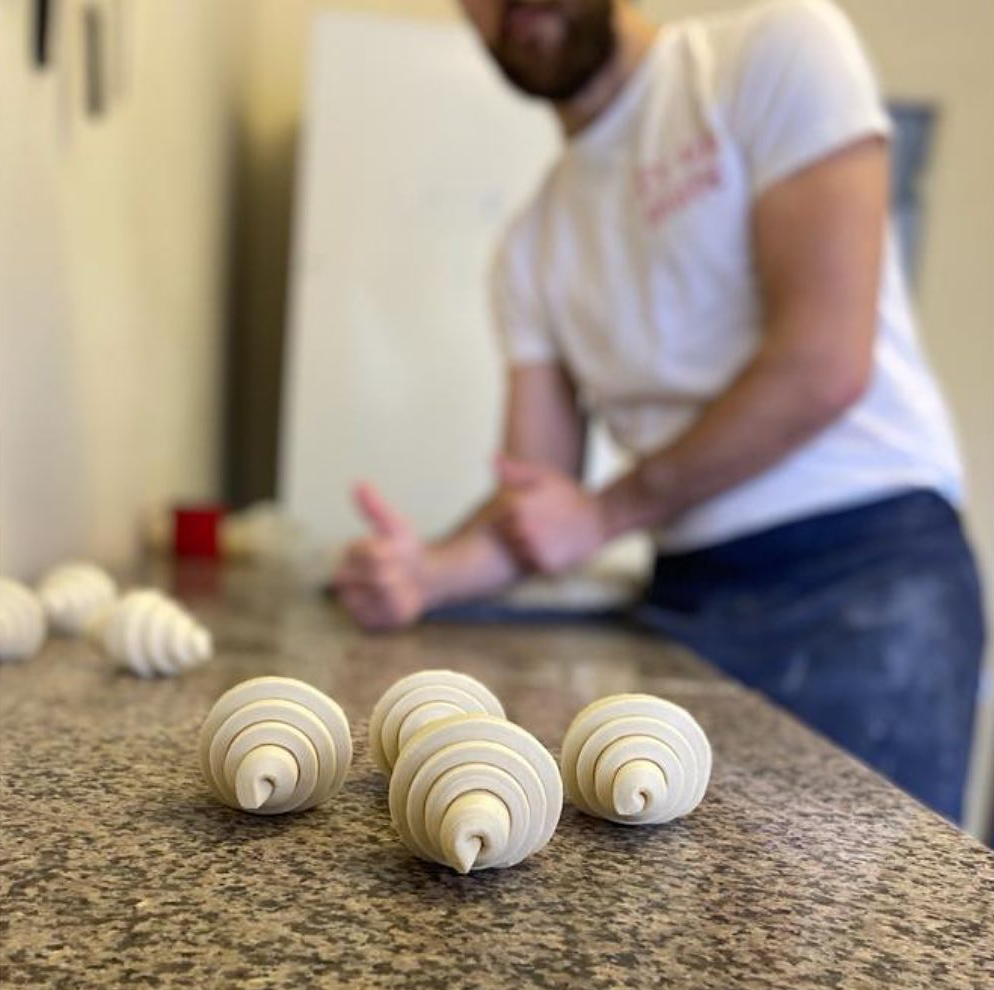 Tucked away down a little side street in Blackfriars, the bakery is a direct response from the lads after they found their own in-house products were often better than their suppliers. So naturally, they stepped up and filled a unit in Salford with a load of ovens, some “angry” bakers and years of baking expertise.

Building on a solid foundation set down over at Barton Arcade, the bakery follows the same underlying principles; the very best ingredients, slow and traditional methods and everything made from scratch every single day. 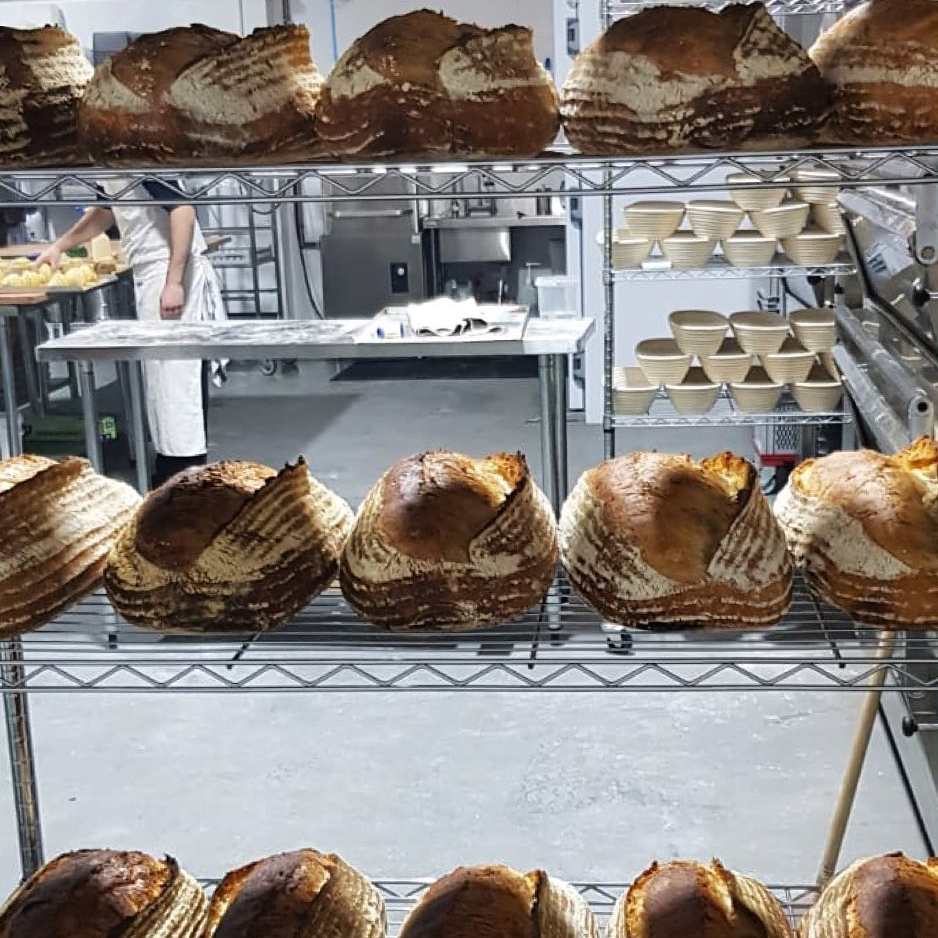 If you’ve eaten a burger at Patty Queen in Escape to Freight Island, a croissant at Feel Good Club or a cake from Another Heart to Feed – you’ll have tasted their superb baked goods, as they’ve slowly infiltrated the city’s eateries over the last six months.

Back to Angel Gardens now though, and you can be assured that they’ve got the freshly baked goods firmly ticked off. Bread, cakes and their best-selling Kouign Amann – a buttery, crunchy, glazed delight that’s best described as a “caramelised croissant” – all made and delivered fresh every single morning. 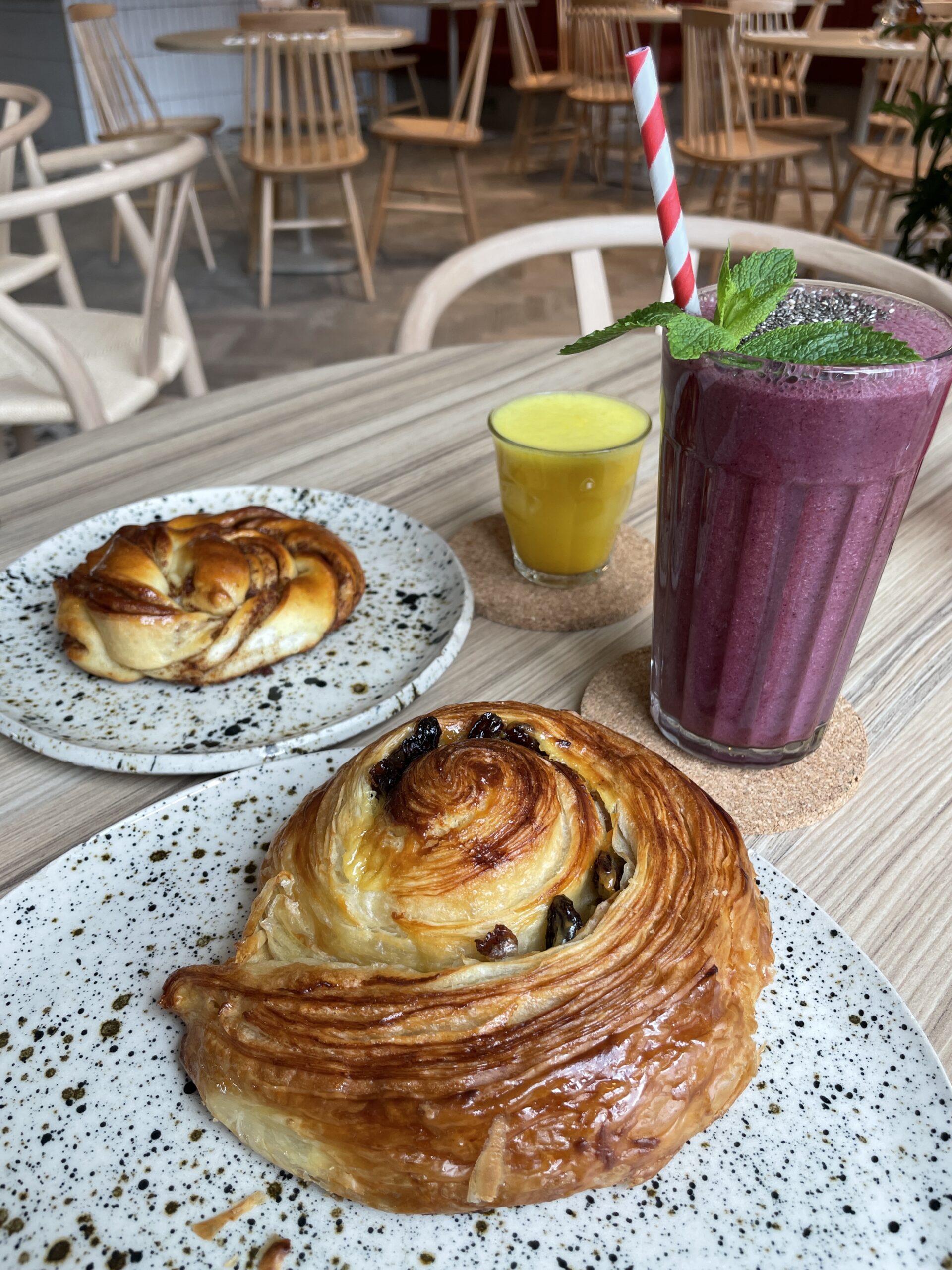 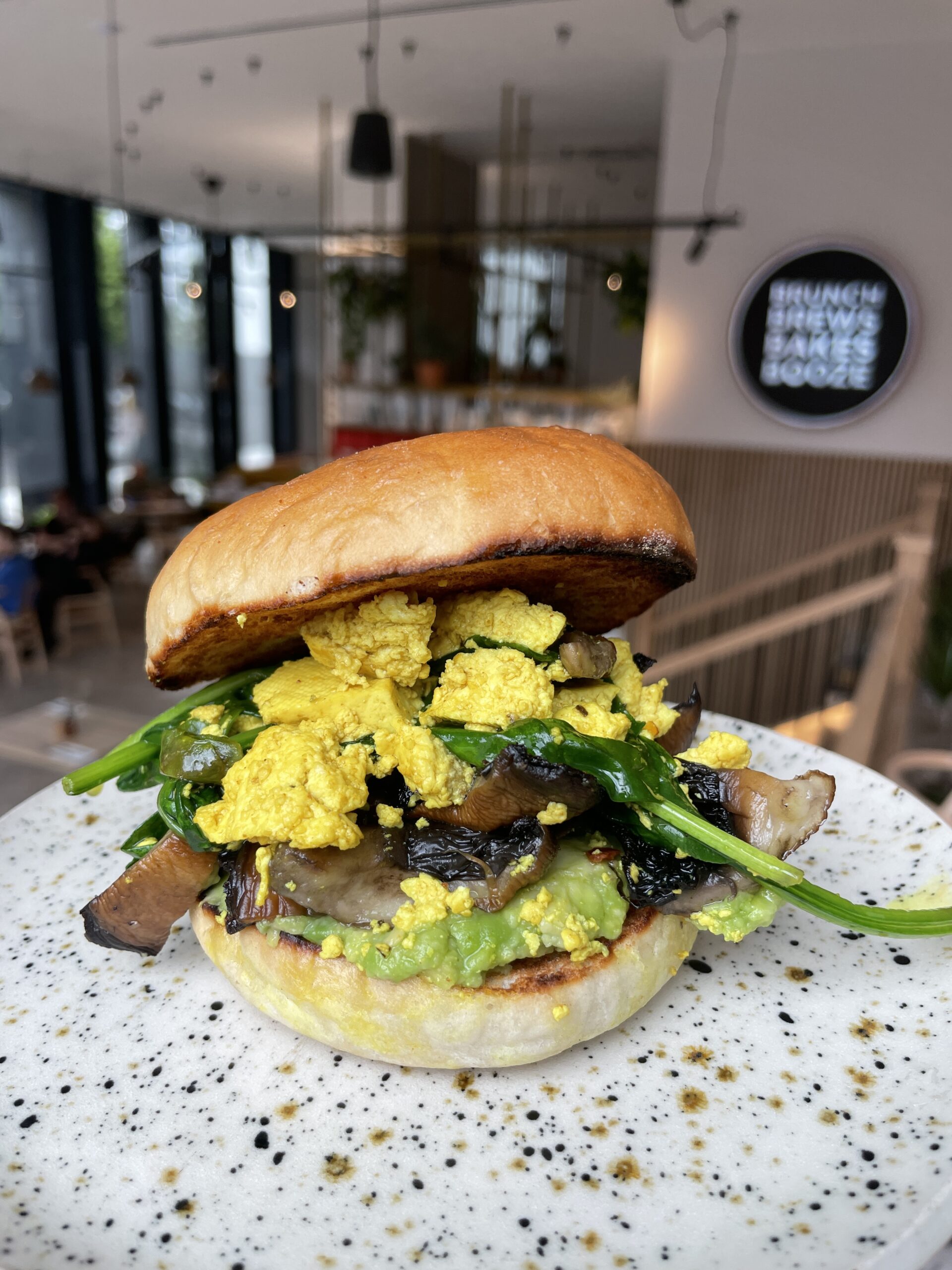 There is, of course, also PKB’s legendary tea and coffee offerings, brunch dishes and some new inclusions – a menu of small plates, more cocktails (with everything made from scratch of course) and Roast Dinners on a Sunday. I must say – the Korean Fried Chicken I tried last week was out-of-this-world good – so give that a try when you can!

Be sure to head on down to the new PKB, it’s a truly stunning venue – light, airy and so laid-back that you’ll be looking for a hammock after a few minutes being sat down. The food too, as you’d expect from the PKB team, is truly exceptional. 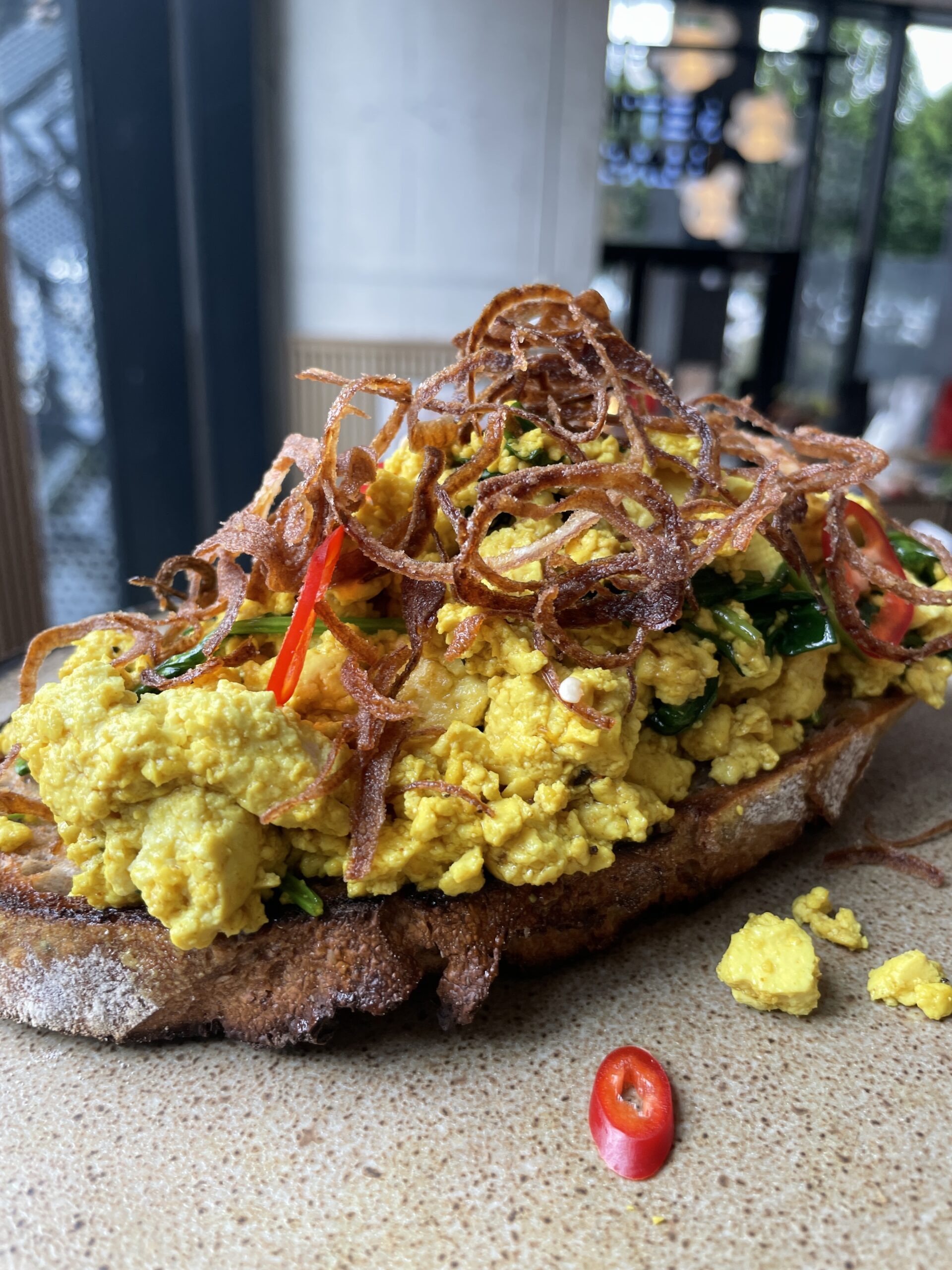 PKB Angel Gardens is open every weekday from 8am and every weekend from 9am. Until late.

WIN a Private Viewing Room for 12 People to Watch the EUROs Final this Sunday!