You'll find Mia's Arepas every week at the Piccadilly Market... 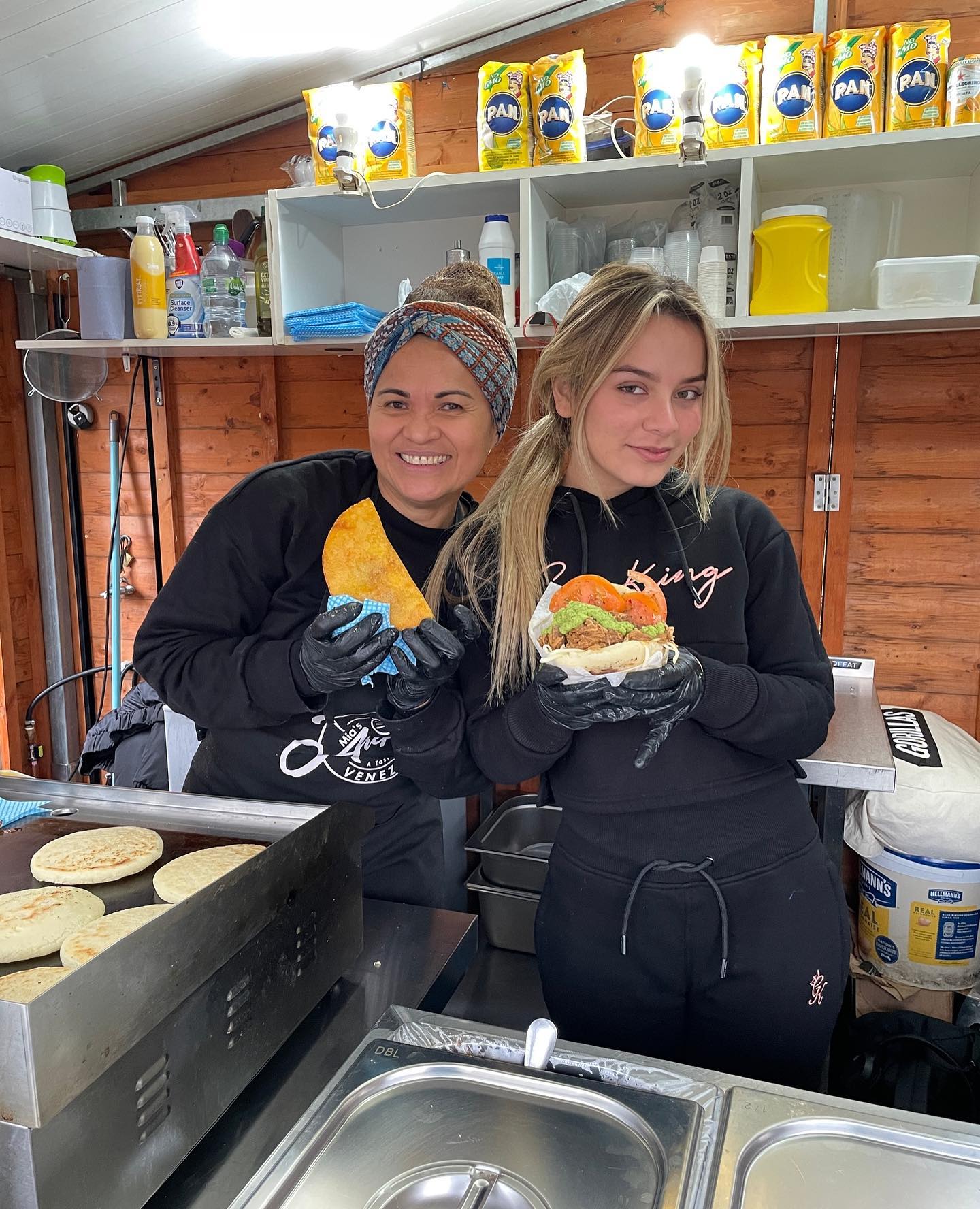 I won’t think of you as a savage if you’ve never heard of an ‘Arepas‘ before. They’re a massively popular South American street food that you’ll mostly find on the streets of Venezuela and Colombia – stuffed with an almost overwhelming variety of fillings, from simple cheese to stewed meat, vegetables and chillies.

The driving force behind Manchester’s very own insight into the world of Arepas is Mia – who operates Mia’s Arepas in Piccadilly Gardens every single week, offering up not just this classic Venezuelan delicacy but also Empanadas – the South American equivalent of the great British pie. 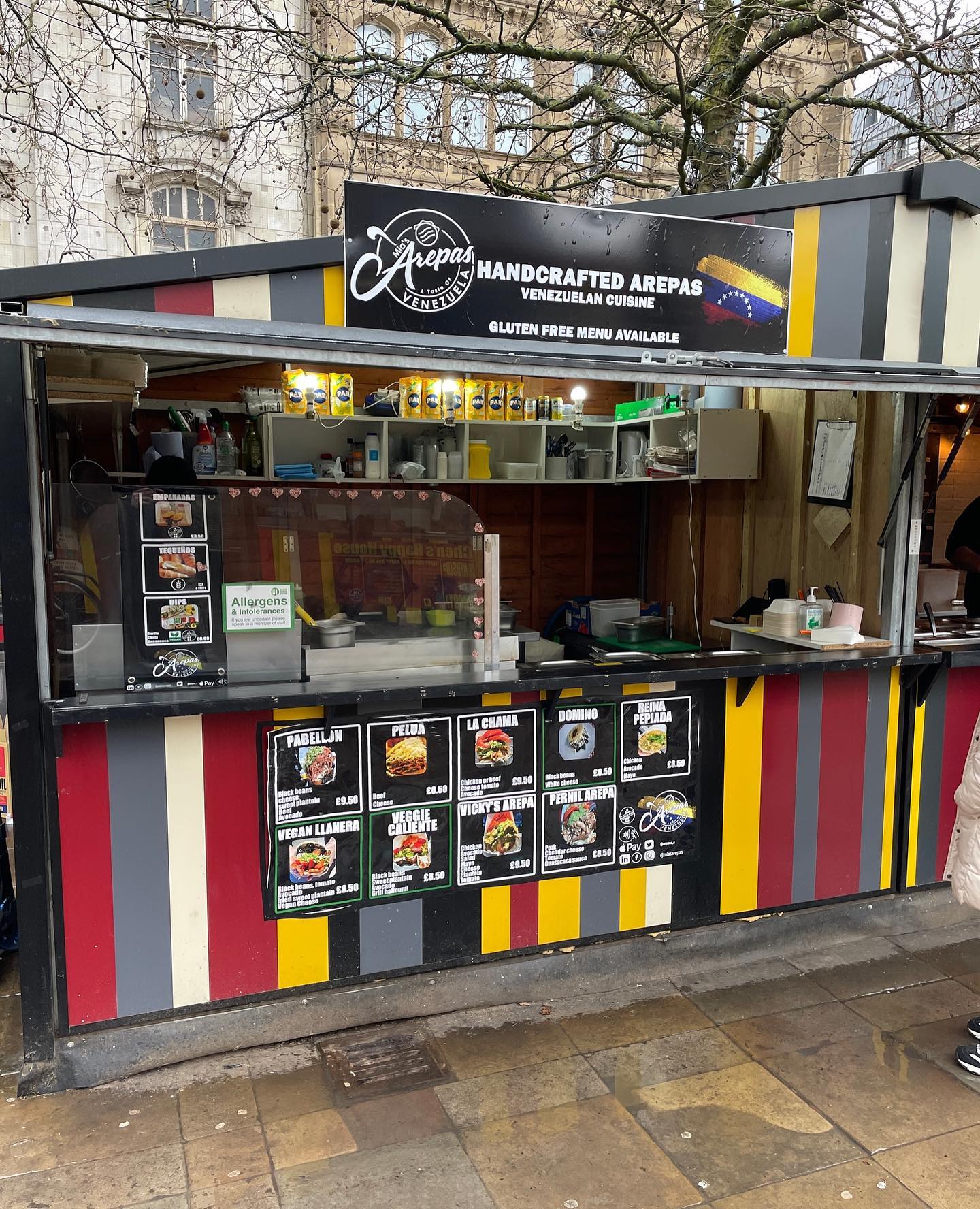 It all started from a 4th-floor apartment in China Town where Mia was operating out of her kitchen, taking orders through delivery sites.

After her business began to take off, she was evicted from her home in the middle of the pandemic, and became a cleaner, until the space on Piccadilly Gardens came available, which is where you’ll find her now serving food while singing and dancing.⁠ 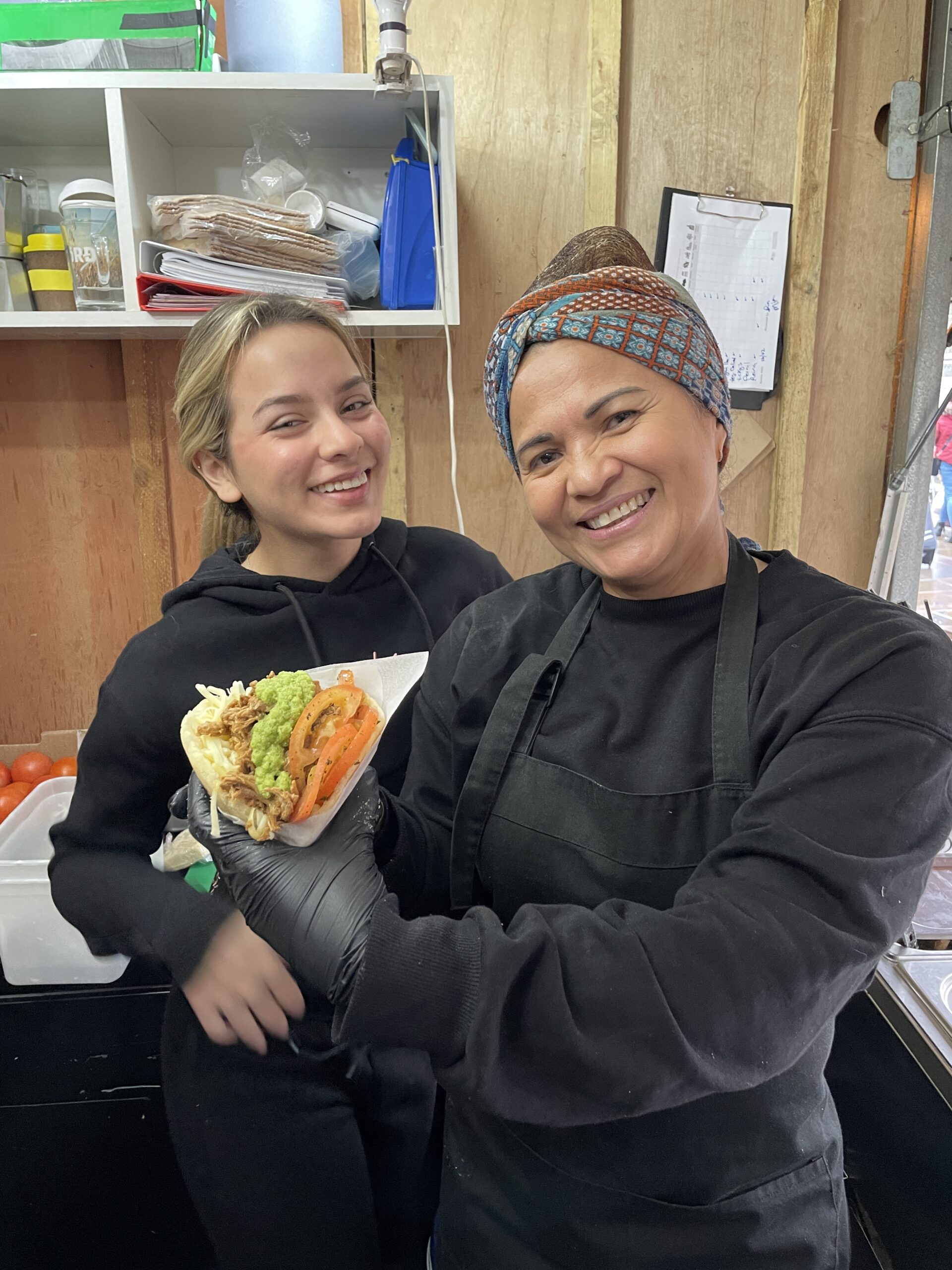 Back to the food. Made fresh each day, an arepa is a maize flour patty that is fried, so it goes crispy on the outside and soft in the middle, then sliced open and then stuffed with an unlimited range of fillings.

The Colombians like to pop cheese in theirs and cook until melted – creating their very own version of the ‘toastie’, while the Venezuelans enjoy filling them with a wide variety of fillings – often determined by the location in which they are sold and what ingredients can be obtained.

When we visited Mia this week we sampled one of her bestsellers, the Pernil Arepas (£8.50), a Venezuelan classic. The arepas is sliced open and filled with butter, cheddar cheese, tomato, and 3-day marinated shredded pork. 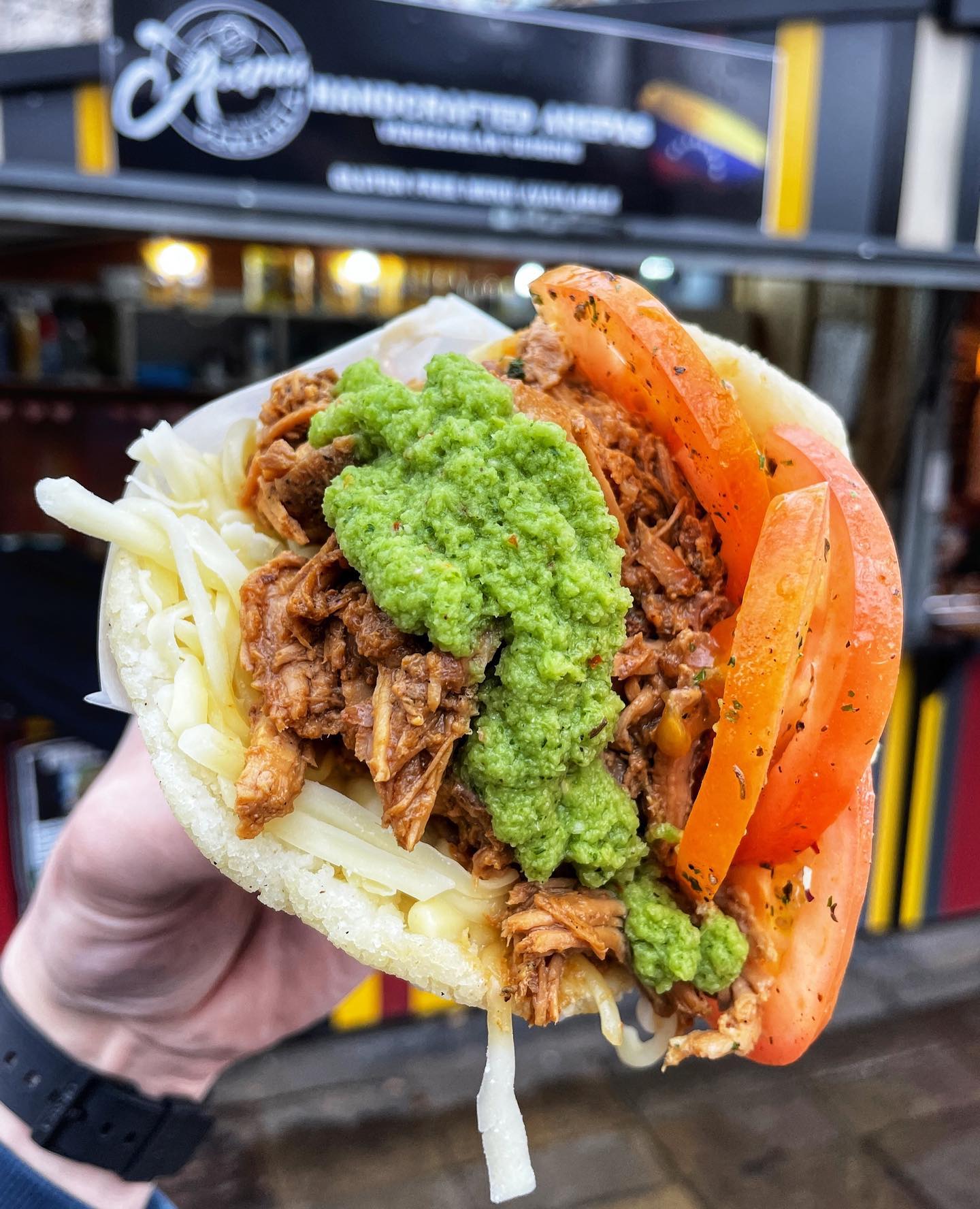 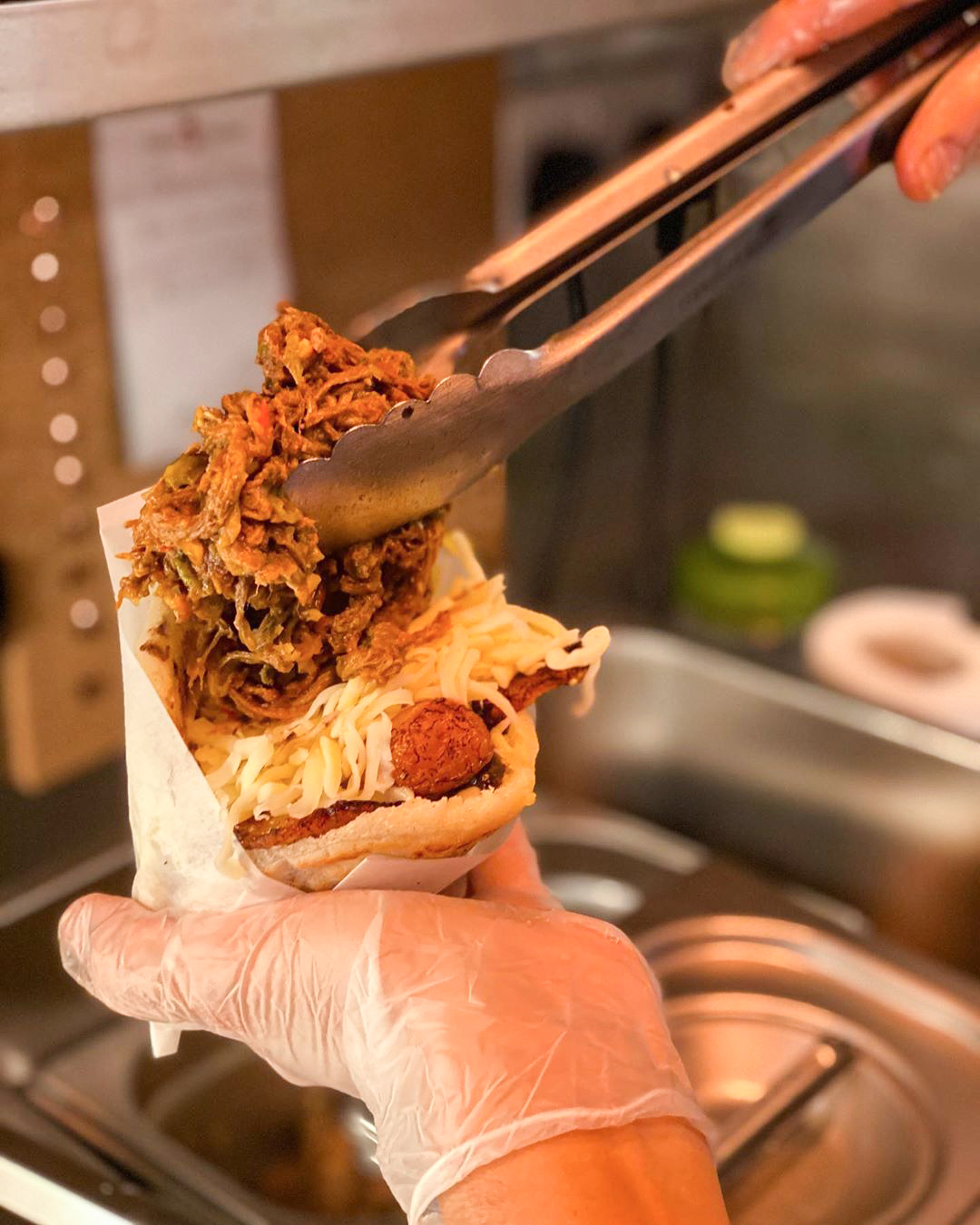 The real winners though are the Guasacaca Sauce, an avocado salsa that is fresh and zingy, and Mia’s homemade hot sauce – quite possibly the best you’ll ever taste (and lick off your fingers).

We also tried the Empanada, a savoury pastry that is packed with beef brisket, and deep-fried.⁠ 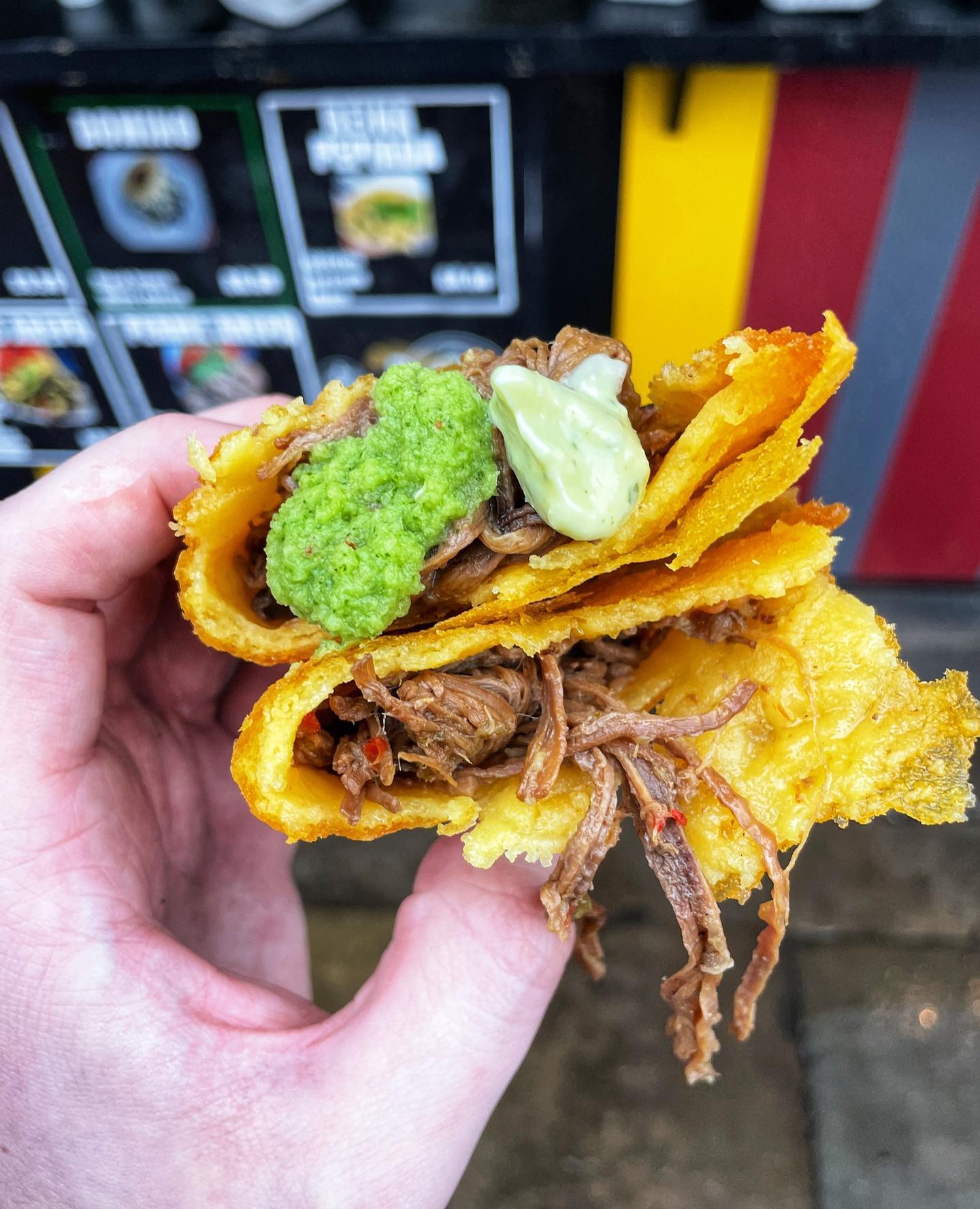 If you’re passing on your lunch break, head to Mia’s Arepas. The food is delicious, and it’s matched with the service and reception you’ll get from Mia. ⁠

Mia’s Arepas will be on Piccadilly Market Wednesday – Sunday, 11am – 6pm.

Walks Near Manchester: The Forgotten Japanese Garden in the Lancashire Hills