Crunched Tacos is putting its own spin on the Mexican delicacy. 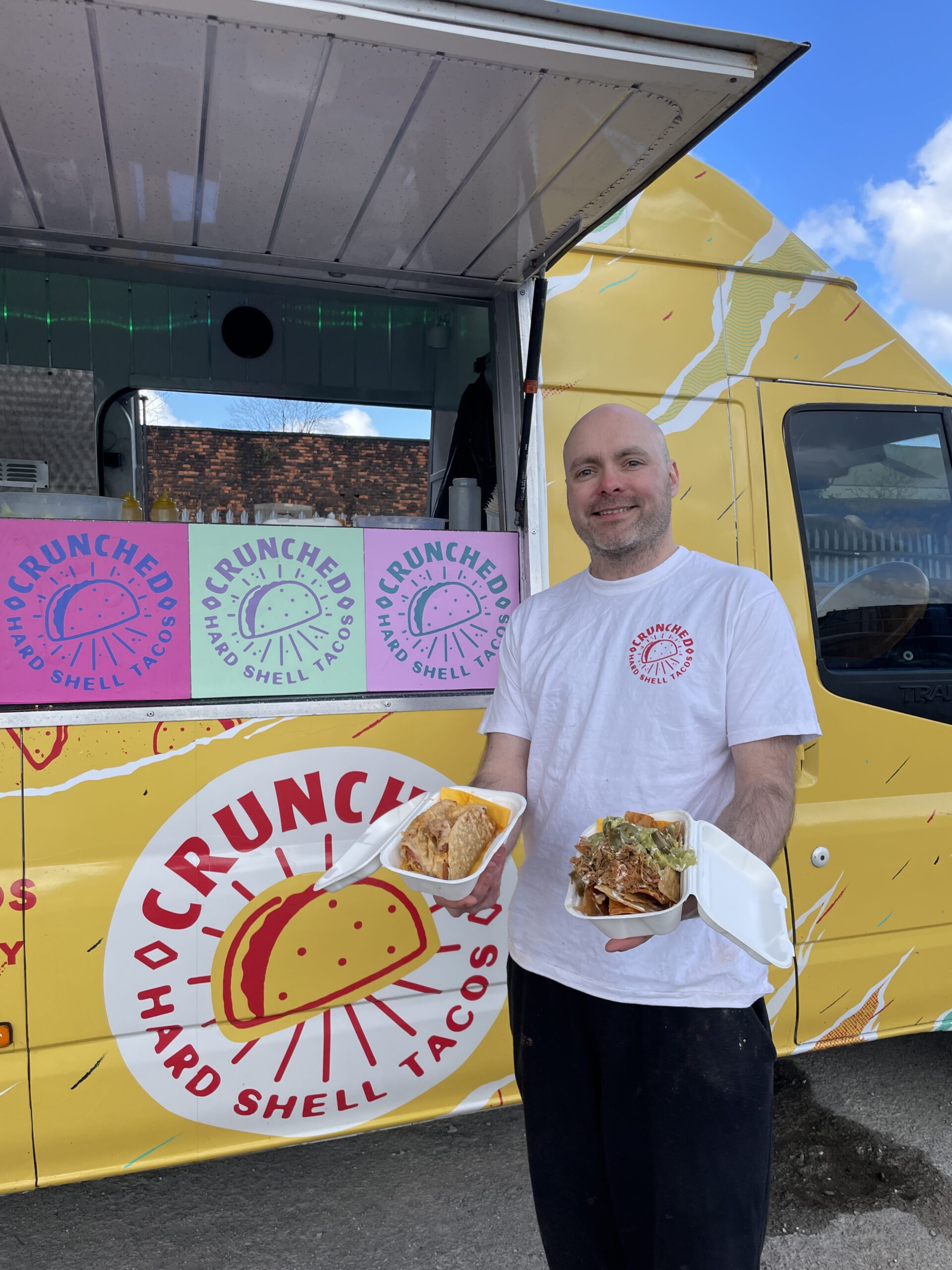 Back in early 2021, Stretford Food Hall was graced by the greatness of Crunched Tacos, a Mexican eatery serving loaded crunchy tacos topped with a variety of unusual ingredients.

Since then, the street food business has also touched down in Salford, Leeds and Derby serving folk with their unique take on the traditional Mexican delicacy.

Now, Crunched Tacos has found itself a permanent location at Ancoats’ infamous Pollard Yard – a purpose built space with an array of shipping containers that house nail studios, bakeries and jewellery businesses among many others. 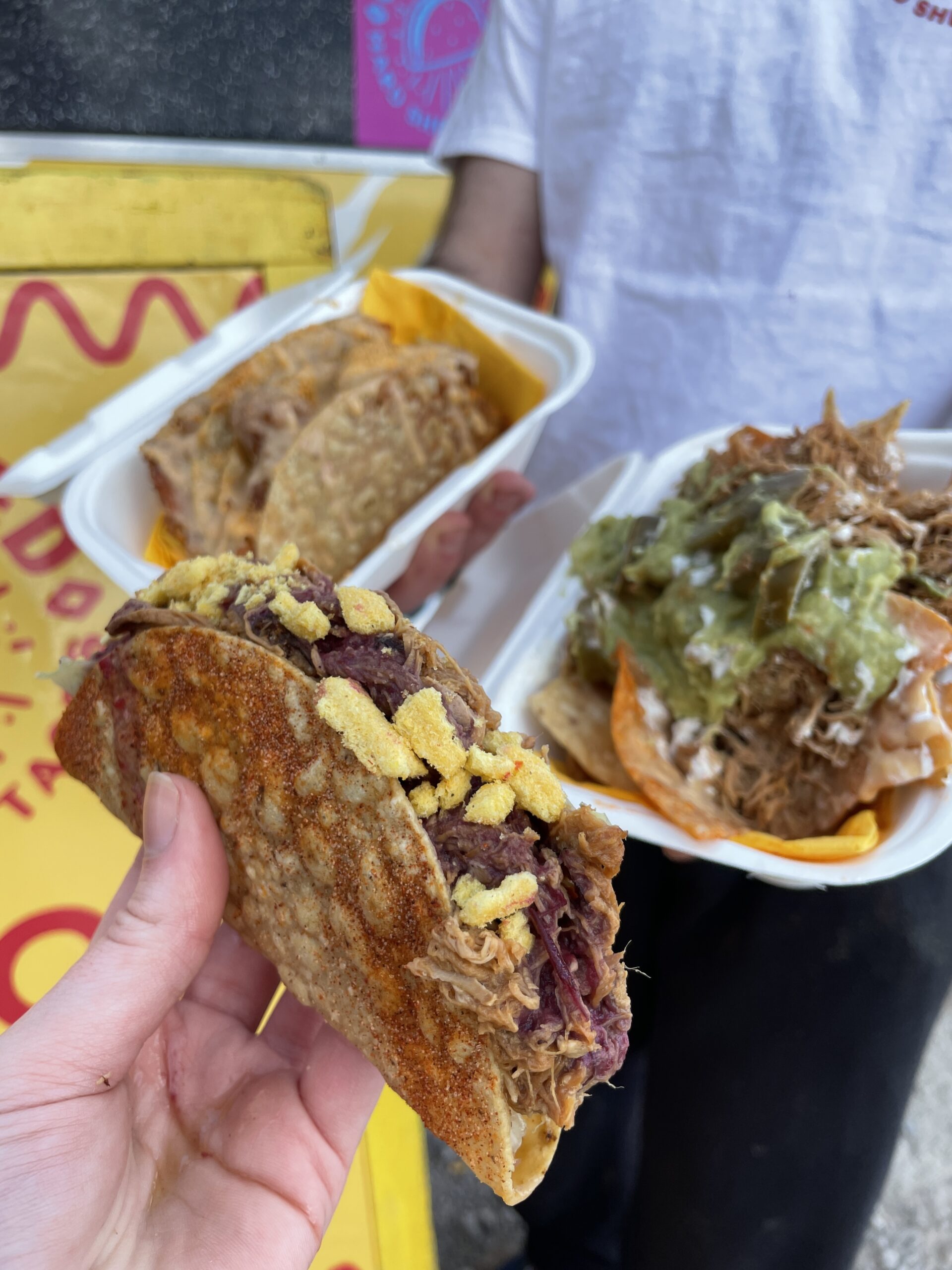 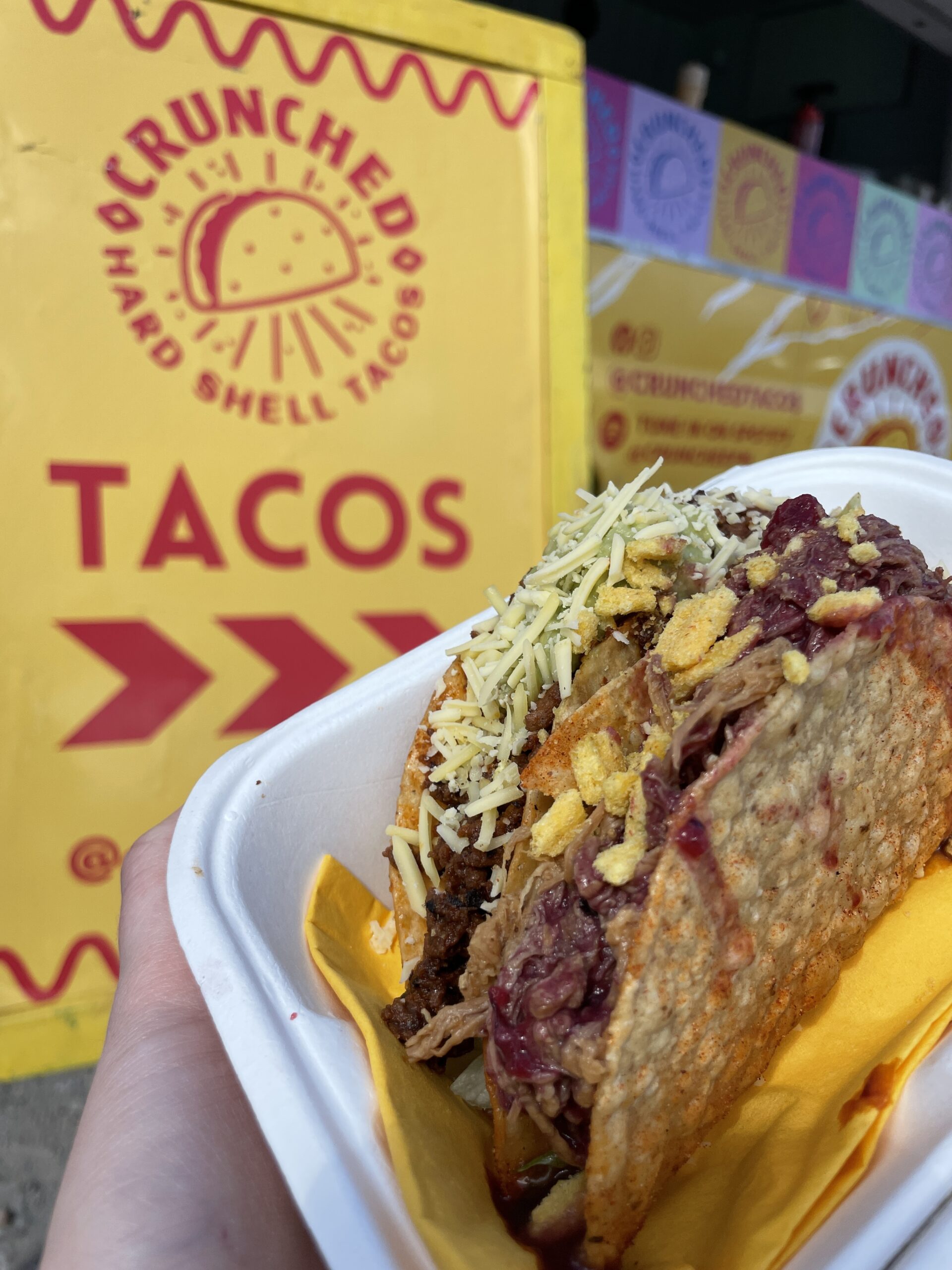 You’ll find Crunched Tacos’ van right in the middle of the yard, serving food that gets your hands dirty. Its tacos are made from real corn and are fried fresh on the day – giving them an irresistible crunch.

The menu is alluring in its flavour combinations, serving traditional Fried Chicken, which comes with grated cheese and chipotle sauce, alongside its Pulled Pork Taco, that has a surprising twist.

Lathered with Strongbow Dark Fruit sauce and a sprinkling of bacon Frazzles – a kids party cult classic – it’s a unique spin on the dish and a flavour combination that, surprisingly, you’ll struggle to find anywhere else. Especially not in Mexico. 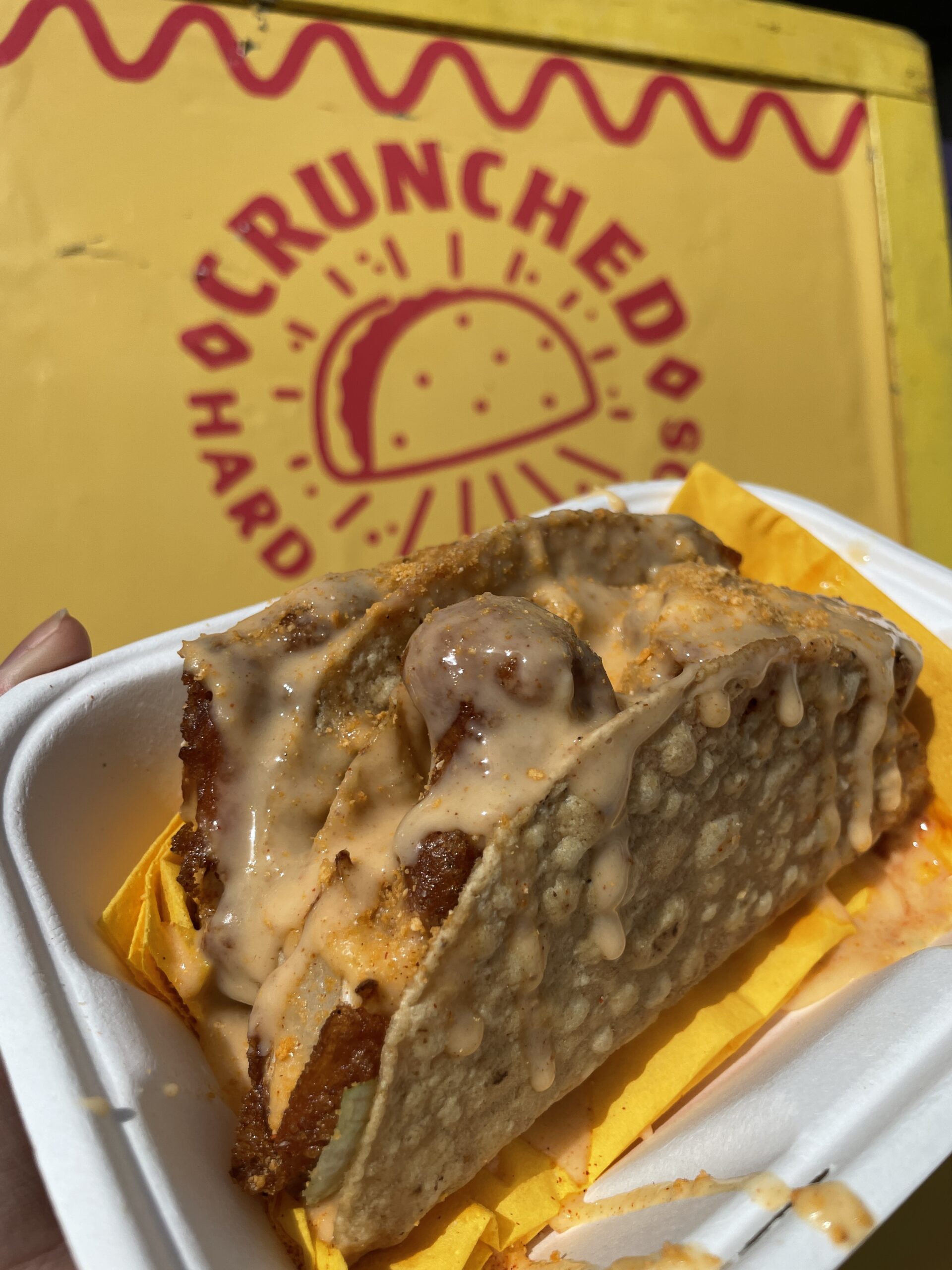 There’s also a couple of great options for veggies and vegans, too. The Cauliflower Cheese Taco comes with beer battered cauliflower, nacho cheese sauce and a garlic-bread crumb and the California Taco is paired with plant-based chilli, tomatoes, guacamole and grated cheese. The tacos are 2 for £7.50 or 3 for £10.

You can grab some of these flavour combinations on top of Nachos, too, another form of the Mexican finger food. Choose from either the Vegan Cheeze and Guac option (£6.50), the Meaty Loaded (£8.50) or the Planty Loaded (£8.50), vegan and topped with a huge serving of plant-based chilli. 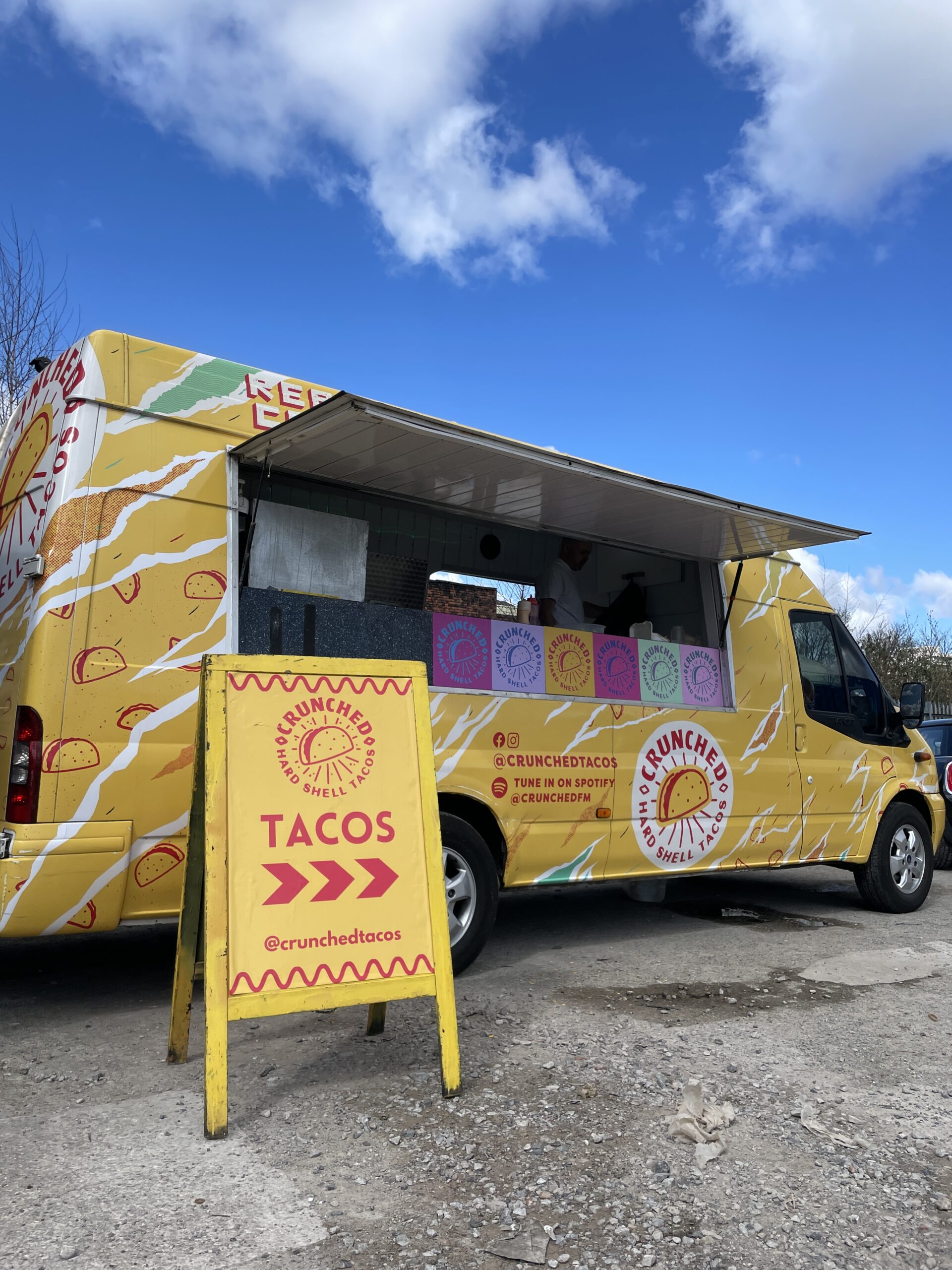 Crunched Tacos also serve a side of meaty or veggie nuggets if you’re still not satisfied after your mammoth taco serving. Choose from Juicy Fried Chicken (£6) or Beer Battered Cauliflower (£5) to enjoy alongside your main!

The van is open at Pollard Yard Tuesday – Friday 12pm until 3pm. Make sure you pay them a visit if you’re in the area!

A Council-Funded Robot Nun is coming to The Royal Exchange!