The One Deck Brewery Takeover with MCR Union Lager at Electrik

This July, the two bearded minds behind MCR Union Lager are taking charge of the decks in this one-off Brewery Takeover One Deck Wednesday Special!

Manchester Union Lager is Manchester’s newest entry in the craft beer world and is the only dedicated craft lager brewery in the city centre.

They have a pretty good finger on the musical pulse which made Electrik invite the guys down this July to entertain the masses with choice cuts from their wax collection.

One decking will be Jamie Scahill (Funkademia & MCR Union lager) and Will Evans (MCR Union lager). Expect a baseline of funk from Jamie, interspersed with Will’s odd & eclectic mix of hits from various genres.

Do you remember where your passion for vinyl began?

JS: I always remember my mum & dad having a big vinyl collection which used to get rolled out at house parties. I always stuck near the hifi so I could be in charge of the music so I supposed it started from when I was 7 or  8. This would have been the early eighties so there was all sorts of rubbish being played but I remember there was a couple of regular bangers from Queen & ABBA!

WE: My Mum had her own vinyl collection but this ranged from Simon & Garfunkel all the way to Michael Jackson with an unnecessarily large amount of Rolf Harris. Obviously, I won’t dwell too much on Rolf Harris now but as a kid, songs which played with humour and timing were pretty fascinating to me. I always played around with the deck speeds as well as to make my own versions of the songs played.

What was the first vinyl you ever bought?

WE: Wurzels – The tractor song.

How would you describe your music taste? How has it evolved?

WE: My music taste is massively eclectic, I love jazz and funk but equally happy with blues, soul and hip hop. You can see similarities in all of them to some extent. I’d never have thought this a couple of years ago but my current playlists have a bit of new African and Indian influences too.

JS: I’ve always listened to pretty much anything but played indies stuff when I first DJed at 14 but then quickly headed into house music when I worked at Manchester Underground Records and I stuck with that for years as it was my job. There was always elements of disco & funk in my sets so now I’ve come full circle and play anything funky at Funkademia every Saturday night.

What are you listening to at the moment?

JS: Anything from Tom Misch to Loyle Carner to Foals at the minute.

WE: Gregory Porter, Little Simz and Kamasi Washington. My Saturdays are mostly ruled by Giles Peterson followed by Craig Charles on 6 music with Cerys on Sunday morning

Tell us about One Deck. What are you looking forward to playing?

Anything and everything from the last 40 years. There might be a bit of James Brown into Van Morrison going down!

WE: As much weird stuff as Jamie will let me

You can catch Jamie and Will Down at the One Deck Brewery Takeover at Electrik on 31st July at 8pm sharp. Come on down and join us for tunes, brews, special giveaways from MCR Union and, as always, lots of laughs!

One Deck Brewery Take Over Live Music This May at Brasserie Abode 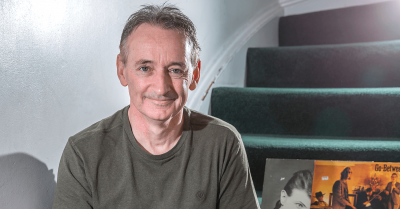 One Deck Wednesday Social with Pat Nevin at Electrik