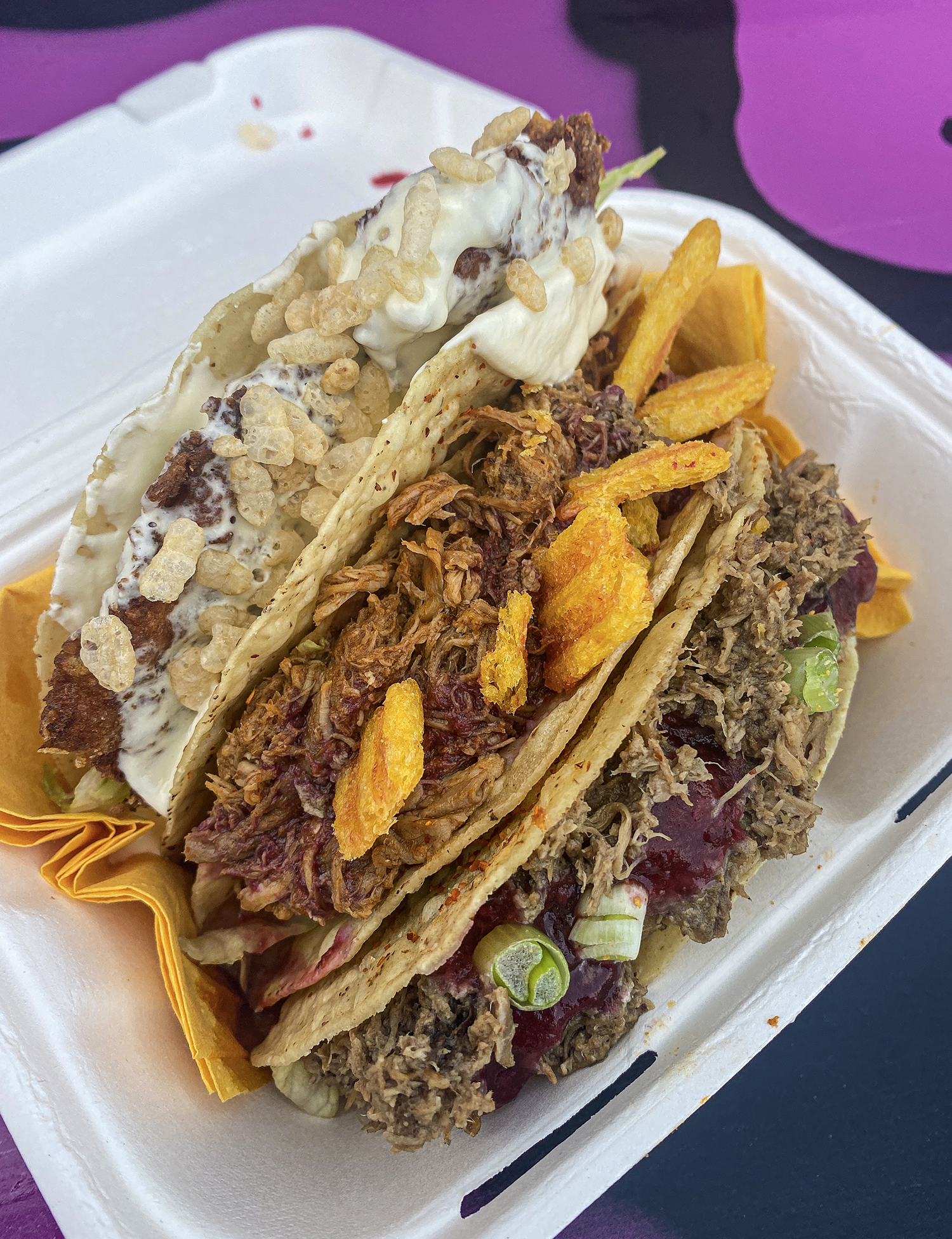 The Peking Duck Taco
Crunched Tacos
A new arrival at Stretford Food Hall, Crunched Tacos will be there for the next 4 weeks, and if you’re a fan of fit food – you should probably give them a visit. Their tacos are pretty mad – with a Pulled Pork one topped with Frazzles and a Strongbow Dark Fruits Sauce, and a Cornflake Fried Chicken Taco sprinkled with Rice Krispies. Our favourite was the Peking Duck Taco with plum sauce, cucumber & spring onions. 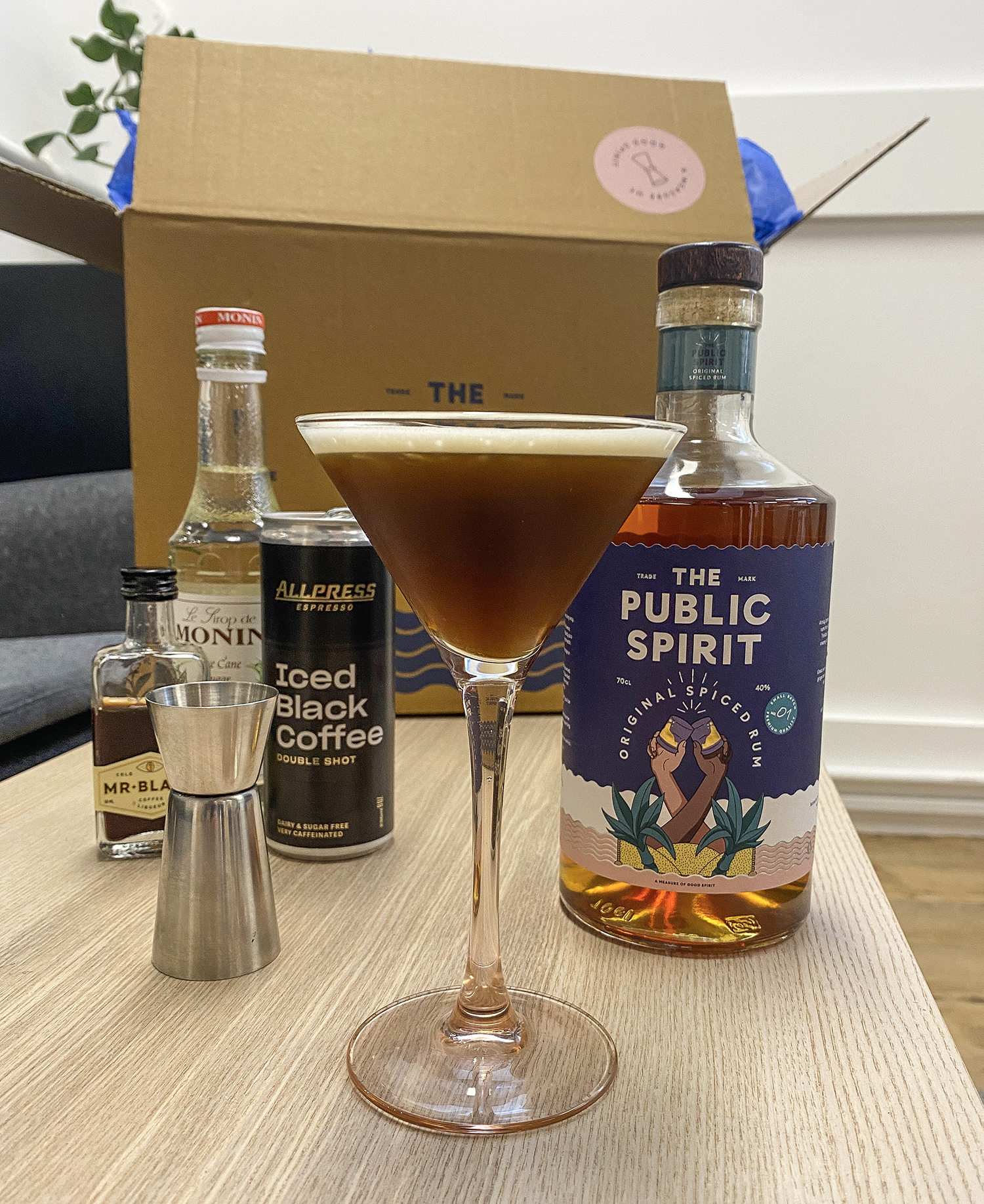 Spiced Rum Espresso Martini
The Public Spirit
The team responsible for creating and blending this Spiced Rum – The Public Spirit – have also created this Espresso Martini Kit – which went on sale this week. They’ve taken their time, talked to the experts and roped in the best in the business to create an Espresso Martini that will blow you away. The kit is £42 and you can make around 6/8 cocktails with it and still have half a bottle of rum left over. Also, £2.50 of every sale goes to ‘So Let’s Talk’ a city charity providing mental, physical and financial health sessions to hospitality professionals. 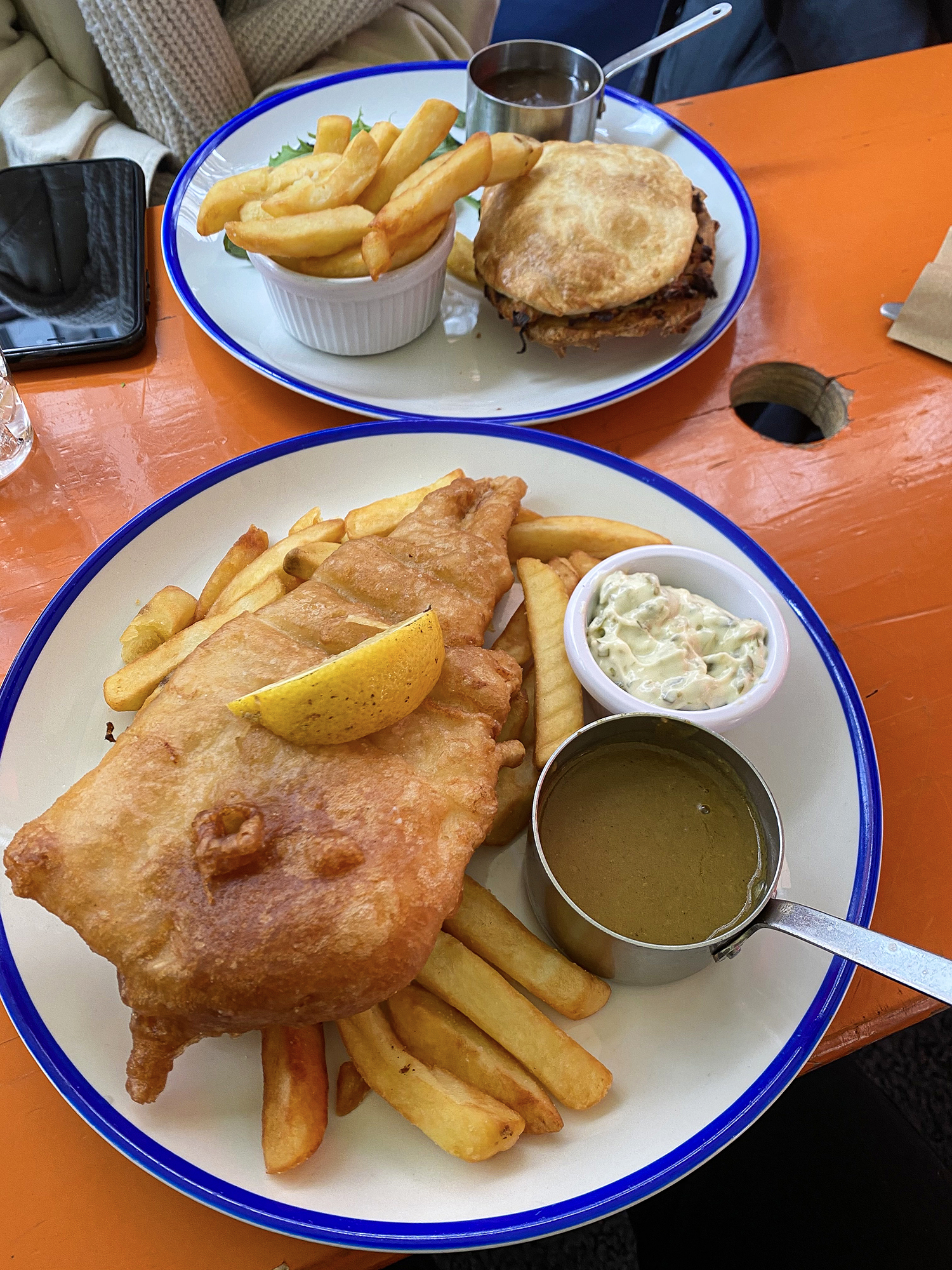 Fish & Chips
The Bay Horse Tavern
A classic bit of pub grub in a classic pub – you can’t go wrong with the huge Fish & Chips at the Northern Quarter’s top boozer – The Bay Horse Tavern. It’s almost as if they’ve caught Jaws, battered and fried it and plonked it on your plate – it’s always MASSIVE and when paired with the mushy peas, thrice cooked chips and their curry sauce – you’re in heaven. 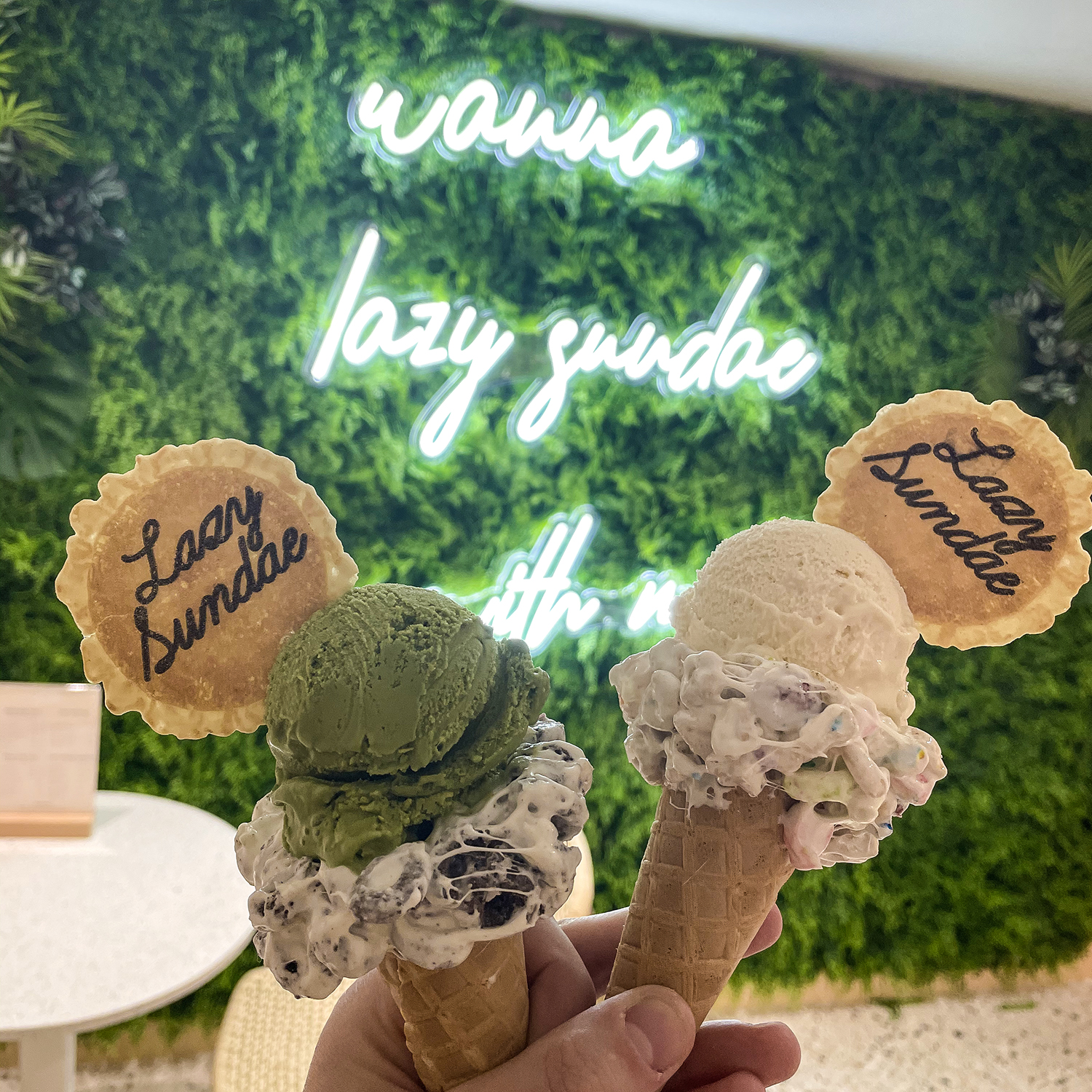 Cereal Milk Ice Cream
Lazy Sundae
A new addition to the NQ which opens this week is Lazy Sundae – an ice cream/tea/cookie joint down on Tib Street. There’s loads of sweet treats on offer but we couldn’t resist a bit of ice cream – in this case their Cereal Milk flavour, which comes smothered in a melted marshmallow and Lucky Charms ‘fluff’ on the cone. It’s like your favourite cereal as a kid but actually much, much better. The place opens up towards the end of next week. 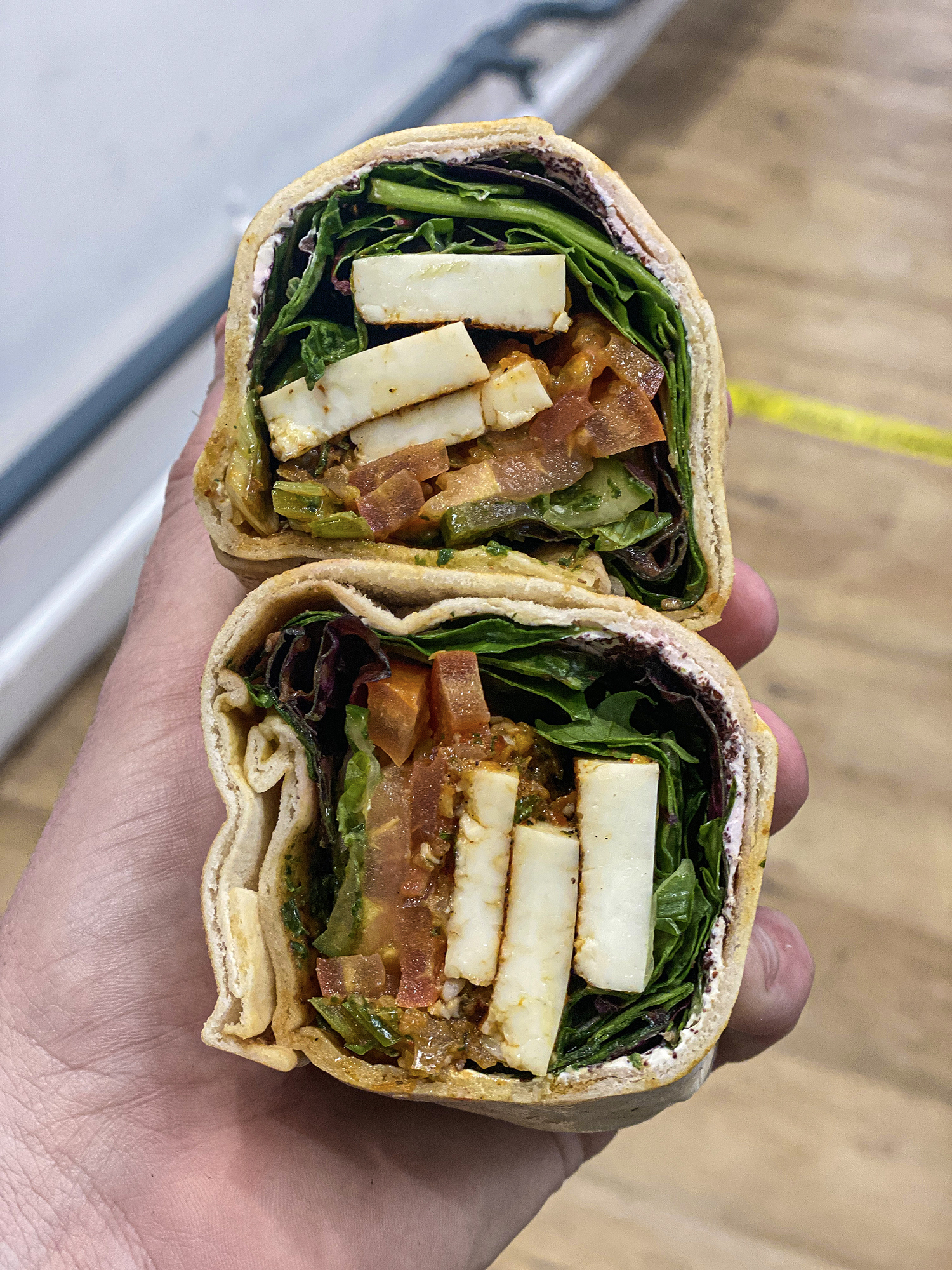 Smokin’ Seared Halloumi Wrap
The Ottö-Men
We’ve always thoroughly enjoyed the Mediterranean fare from the Ottö-Men here at the Finest office – with their range of pies being pretty high up in our league table of things we crave on a weekly basis. This week we tucked into one of their mega wraps – the Smokin’ Seared Halloumi which is stuffed full of marinated halloumi, Turkish cream cheese, a homemade tomato tapenade and greenery. All encased in a proper Khoubz bread – this bad boy was highly satisfying indeed. 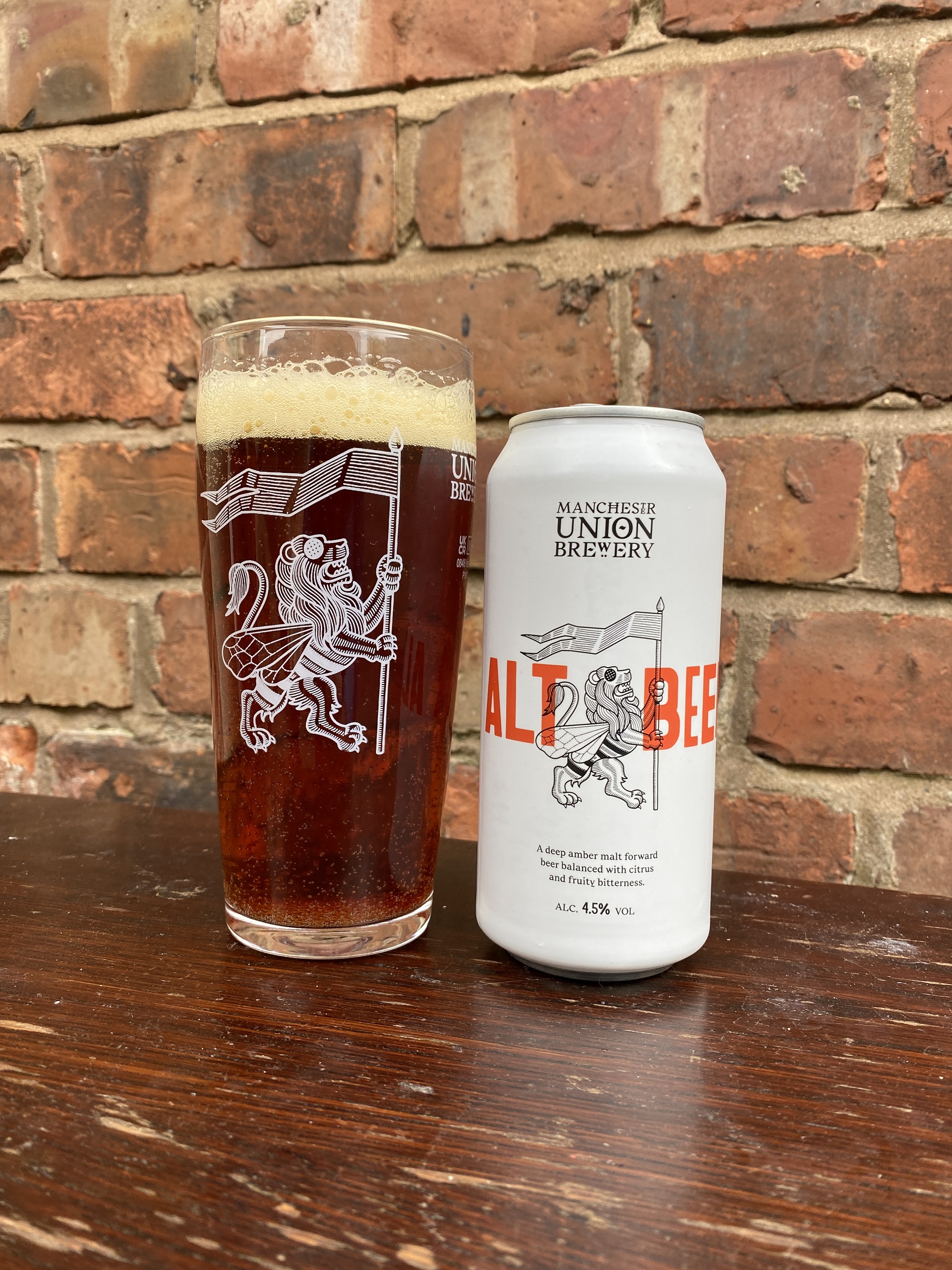 ALT BEER
Manchester Union Lager
A brand new beer from the lads over at Manchester Union Lager and Will Evans has called it their “most impressive beer” yet. It’s their modern interpretation of a German ‘Alt’ Beer, which is malty, bready and with a slight toffee aftertaste, and a citrus aroma that comes from the Hersbrucker and Aurora hops. All you need to know is that it smells and tastes a bit like Cola Cubes and it’s an mega sip. One word which I’d use to describe it is “moorish”.

Spotlight on Statues: The Horse & Fox of Rochdale Canal