Taking over the much-loved Get Chucked for the whole of February, the El Camino lot come from a street food background serving up a range of Mexican treats the width and breadth of the country.

Now, I will sit and argue with anybody, anytime about how Pancho’s is better than Chango’s. I’ll fight with anyone who says that a burrito is better than a taco, and if you don’t have your Mexican food with either a beer, a tequila or both – then I’m afraid you just don’t deserve to have it.

So I trundled down to Urmston, which isn’t that far from my house to be fair, and popped into Get Chucked on an overcast Sunday afternoon. As I entered I was greeted by some rather fitting Mexican pop, the smell of something good and a very friendly server.

Once at our seats we quickly ordered a couple of Largaritas (£8), which are the welcome addition of Margarita to Lager. Both sweet and refreshing, with that welcome kick of tequila – we were quickly ready for some serious Mexican delights.

Because it was a Sunday we were offered El Camino’s weekend and evening menu which it’s fair to say is dominated by tacos. This is by no means a bad thing (actually the opposite), but you’ll also find a considerable selection of ‘Bites’ and 3 larger ‘Plates’ such as the Hanger Steak (£13.95) or Grilled Bream (£13.25).

When it comes to my Mexican grub though – I’m all about, so we concentrated on them. We did tuck into some Chips & Guacamole (£5.25) and a fantastic Short Rib Quesadilla (£5.95) from the ‘Bites’ menu too though – expertly recommended by our friendly server.

With the advent of the bland, sloppy supermarket version, Guacamole is something that many people fail to appreciate when it’s done properly. Well, El Camino’s is done properly – you can be assured of that. The delicate measures of onion to tomato to chilli to avocado is not easy to pull off – but these guys have done it – clearly an insight into their expertise and experience with this cuisine.

Similarly, the Short Rib Quesadilla was fantastic – both in terms of flavour and execution. The short rib meat was melt-in-the-mouth good, while the grilled tortillas managed to withstand some seriously impressive filling. They’re only £5.95 for four considerable slices – great value and also proper tasty.

Right, on to the tacos. I should firstly say that I was very impressed with these bad boys, not just with the fillings but also the tortillas that were used. Many establishments will just bash out flour tortillas with their tacos, as if nobody will notice – well El Camino aren’t playing that game – they’re using proper corn tortillas and the tacos are so much the better for it.

We decided on the Baja Fish (£3.95), the Short Rib (£3.95) and the Fried Chicken (£3.95). Each one comes as a single, but don’t let that dishearten you – these tacos are a full 6 inches and they’re the perfect size for sharing. Like the quesadilla – the fillings are mightily impressive in terms of portions – so you’re not going to go hungry.

Once again, the Short Rib was excellent, with that distinct smoky chilli flavour that you’d expect from chipotle seasoning, perfectly counteracted with the fresh sharpness of the onion and pickled chilli. As before, the beef was so perfectly tender and soft you probably could have sucked it through a (sustainable) straw.

You can’t get any more Mexican than a fish taco and the Baja offering featured a huge mound of beer battered coley alongside a banging hot sauce and the obligatory shredded cabbage and red onion.

Each morsel of fish was cooked to perfection, with a crispy batter (with a hint of spice) that encased the soft flesh of the coley. The neutral, salty tones of the fish worked perfectly with the hot sauce and fresh veg – brilliant.

Finally, the Fried Chicken taco was exactly what you’d want from such a thing – crispy, spicy, meaty and above all else – proper naughty.

I should also state that the Habanero Aioli that came slathered within is a revelation – I could eat it all day, every day for the rest of my pitiful existence. In fact – they’ll sell you a separate tub of it for £1.95 so you can dip everything in it including your fingers and face.

So El Camino are currently down to stay in the Get Chucked unit until the end of February – so if you’re looking for a true authentic take on Mexican grub – you should get your Air Max 95 on and run on down to Urmston as soon as you can.

February won’t be the end of the world for El Camino though, they’ll still be knocking about – and I’ll still be loitering around them waiting for my next fix of Habanero Aoili.

If you want to do the same, follow them on their Instagram to see what they’re up to. 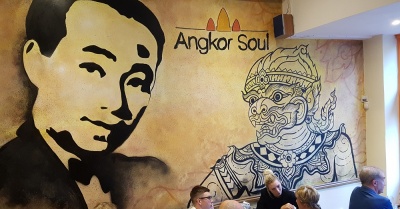 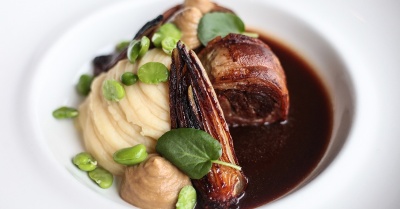 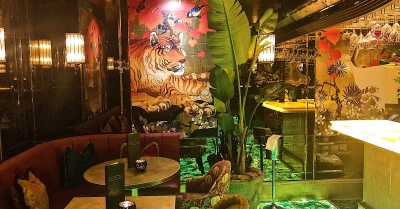