Rockstar Spirits was launched in November 2018 by Tom Hurst, 45, who waved goodbye to a 20-year corporate career in the drinks industry to realise his dream of launching his own very own spiced rum brand.

Earlier this month Hurst appeared on Dragons Den, asking for £25k in return for a 2% stake in his spirits business but ended up with four offers.

Eventually he went with a duo of Dragons consisting of Tej Lalvani and Touker Suleyman both giving £12,500 for 4% each after turning down an offer of double the funding of £50k for 10% from Theo Paphitis. 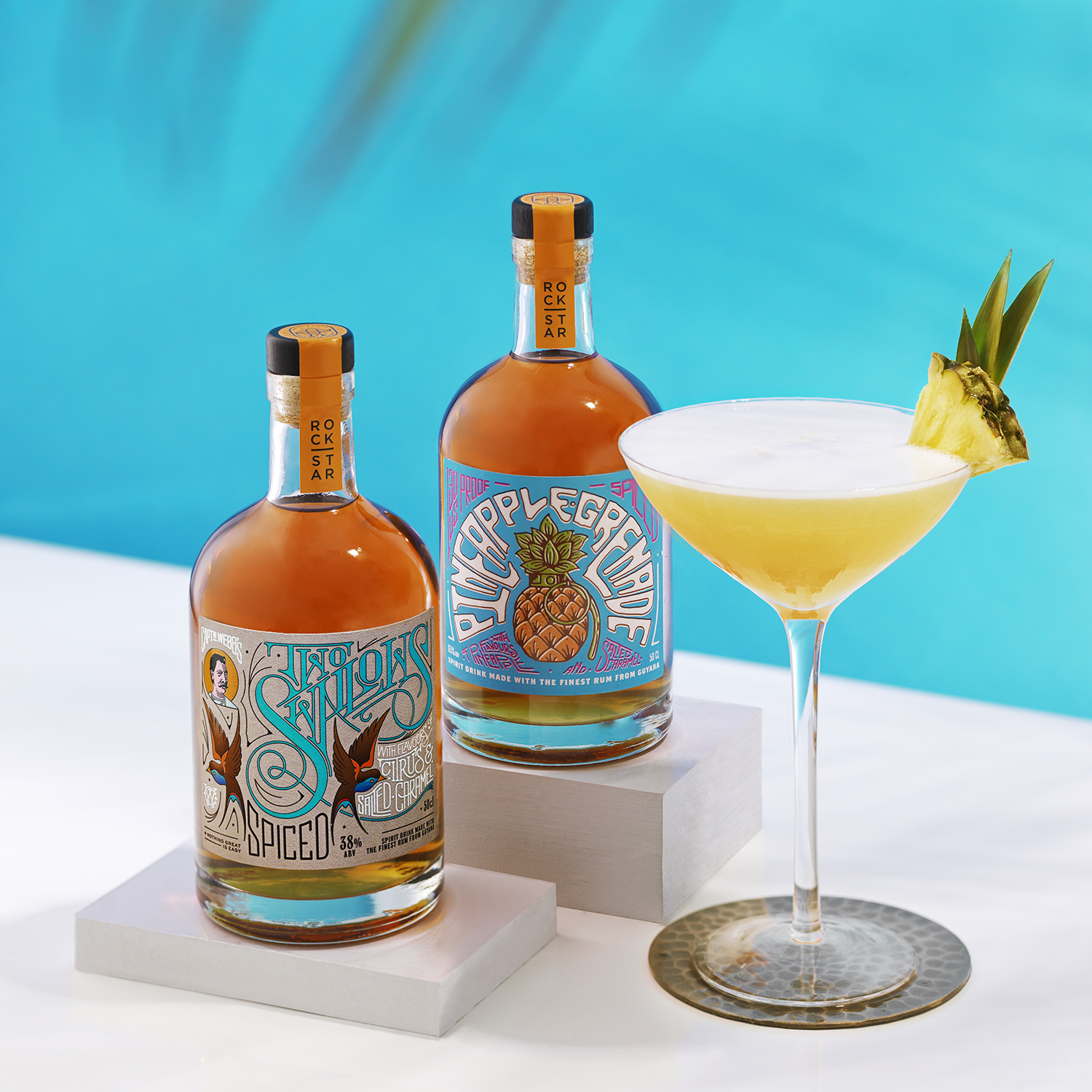 Hurst was helped in the den by barman Xavier Lequitte from Revolucion de Cuba in Manchester who created a cocktail for the pitch called the Dragons Daiquiri.

The cocktail features Rockstar’s signature Pineapple Grenade, alongside Two Swallows Citrus, sugar syrup, fresh lime juice and pineapple. It’s now on the menu across all the Rev de Cuba sites in the UK.