The 7-Course Spanish Gastronomic Experience... with added Theatre at your Table! 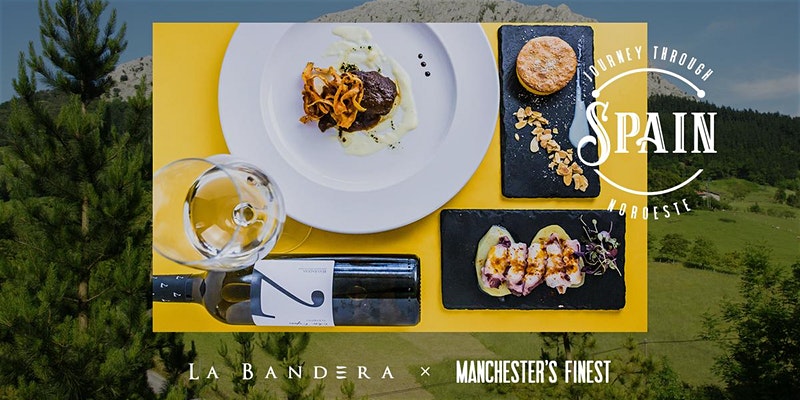 Back in 2019 La Bandera ran a series of very successful ‘Journey Through Spain’ events, where they would showcase a number of dishes from different regions of the country – from the hills of the ‘Wild North’ to the shores of the volcanic Canary Islands.

This week, this exceptional independent Spanish and Canarian restaurant has launched a brand-new Taster Menu – one that is available any day of the week – which once again explores the varied cuisines and influences throughout Spain – in 7 courses! 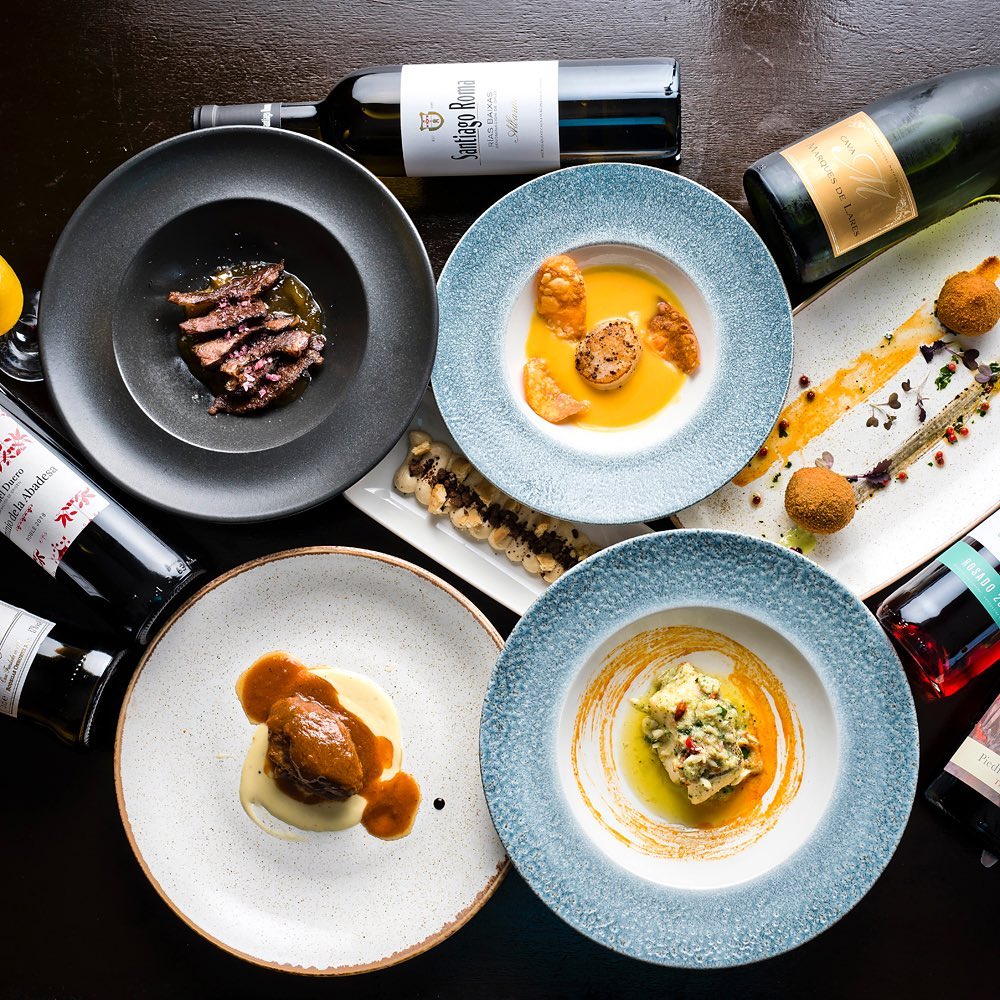 A true gastronomic delight, the new Taster Menu is the product of many months’ planning, tasting, refining and perfecting on the part of owner Yashin and his dedicated team in the restaurant. 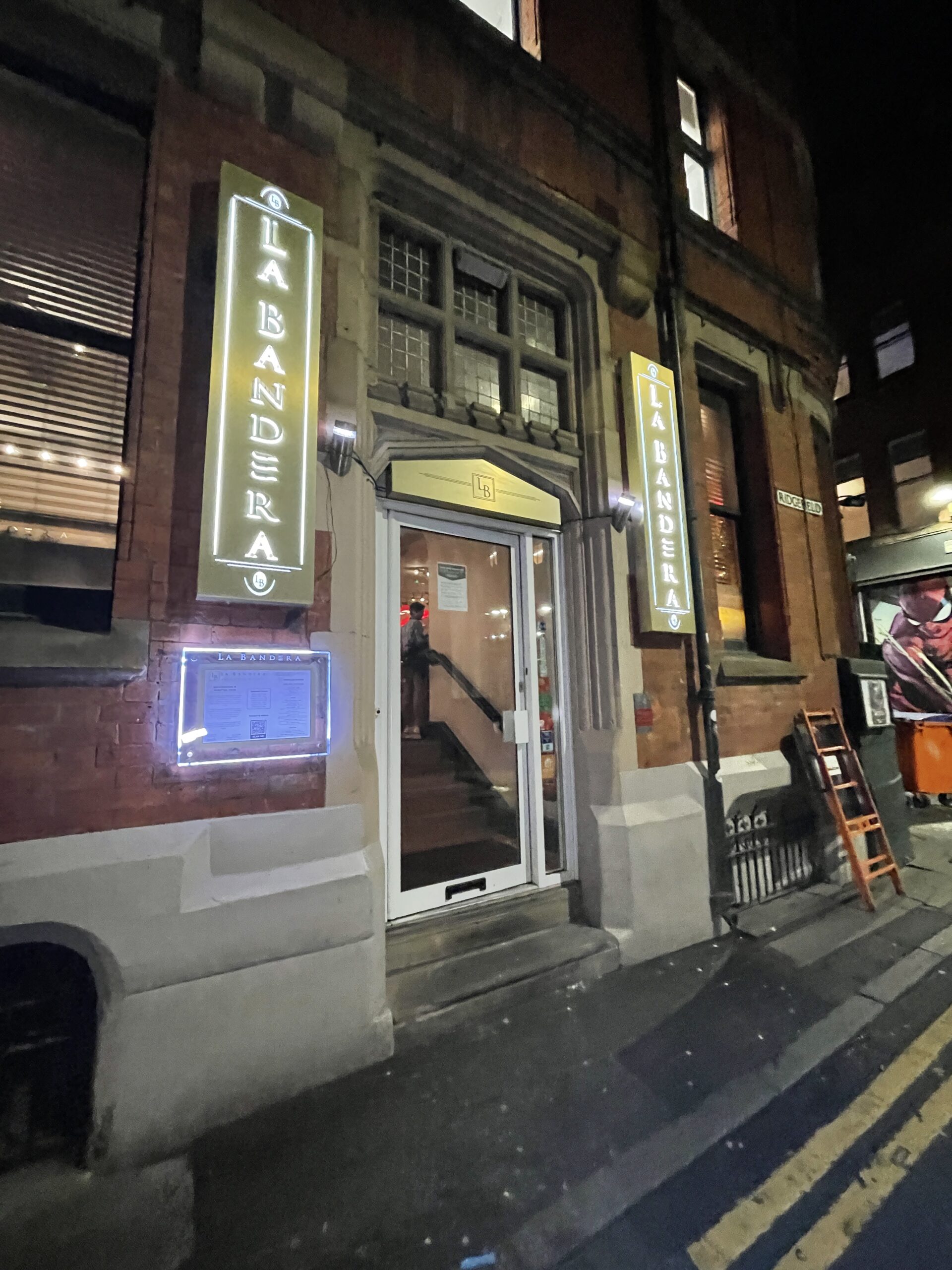 As a result, it features some of the restaurant’s most famous, classic dishes, alongside newer creations that are available only on this Taster Menu. In addition, six of the courses can be paired with specially selected wines for an extra £30. 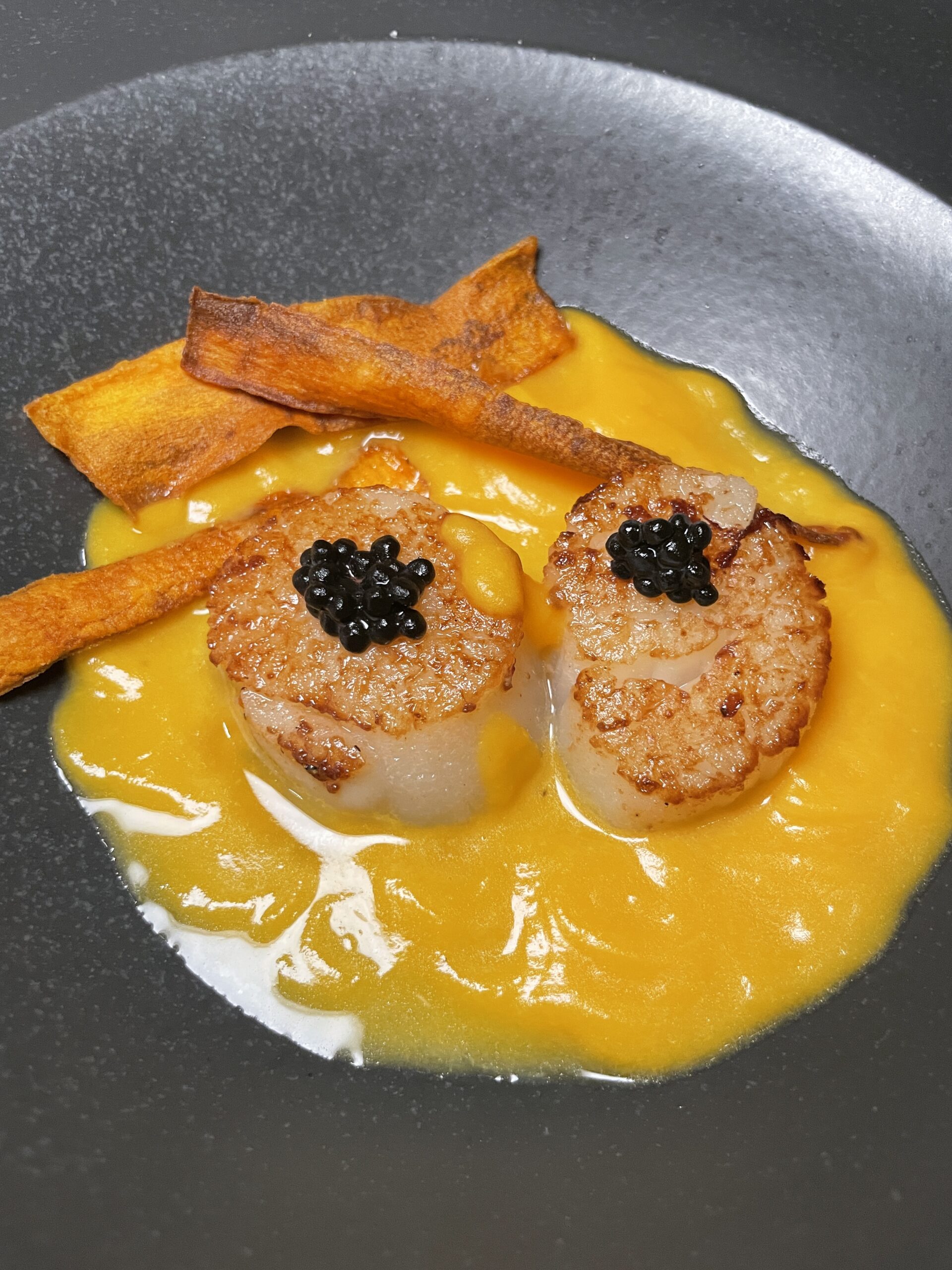 The La Bandera Taster Menu kicks off with Pan-seared Scallops served on a butternut squash cream with sweet potato crisps and an indulgent black truffle caviar.

These superb, delicate morsels are seared to a golden perfection – and the butternut squash adds a welcome winter pop to this fresher-than-fresh beginning.

No visit to La Bandera would be complete without eating some (or many) of their infamous Croquettas – which were actually voted “the best croquettes in Manchester” this year. You’ll get a chef’s selection, which in my case was their excellent Turkey Croquettes (it’s Christmas after all) and the signature Squid Ink beauties.

Next up is a dish which was added to La Bandera’s Summer Menu – ‘Secreto Iberico‘ – literally one of Spain’s best kept secrets when it comes to pork cuts. 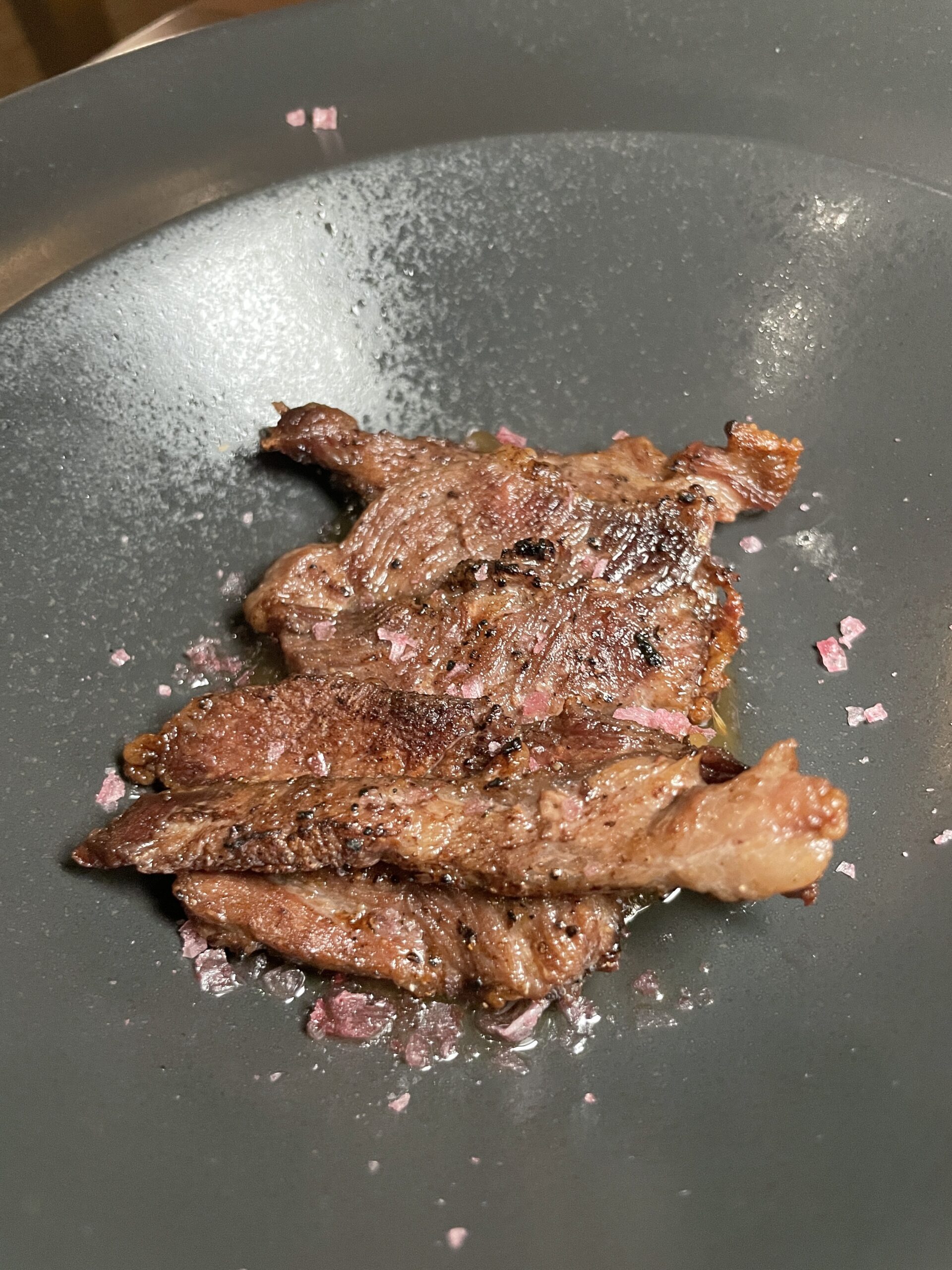 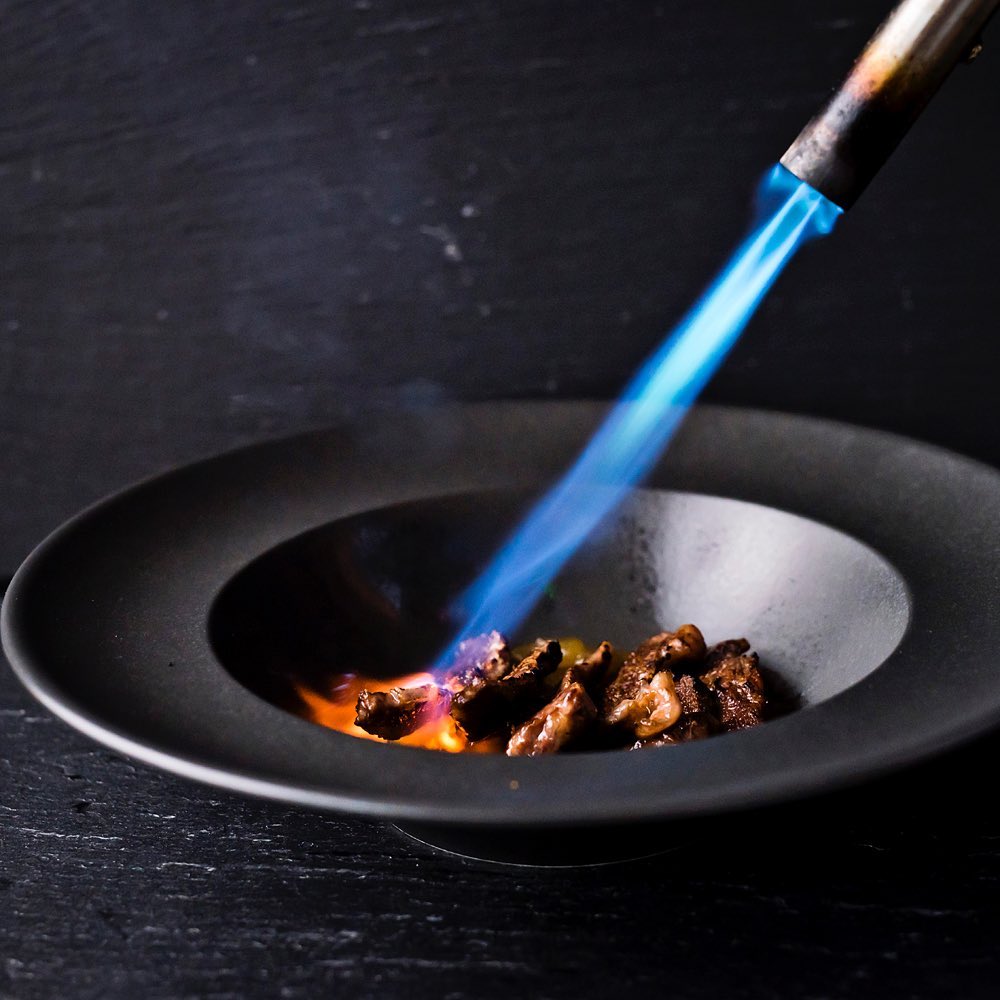 It’s a ‘hidden’ cut of meat on the side of the neck, between the shoulder blade and the loin of an Iberian pig. You’ll only find this cut on one of Spain’s acorn-fattened pigs and it’s super tender and supremely tasty.

The pork is finished off at the table with a blowtorch – giving it a gorgeous smoky flavour and characteristic crispiness, served on a bed of mango chutney, which sounds a bit weird but works outstandingly well. 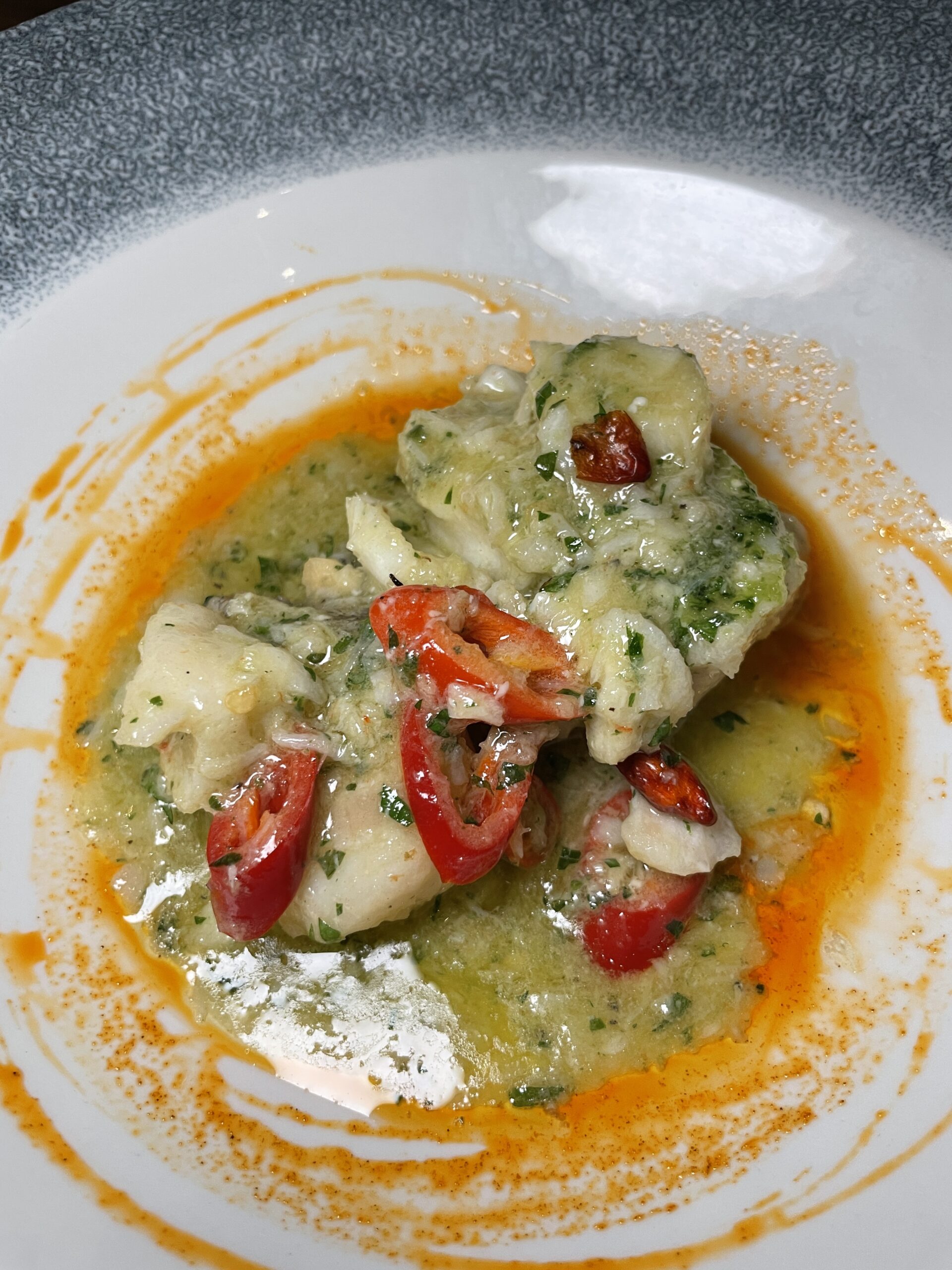 Perfectly tender, the cod is an exceptional dish – perfectly balanced with a mouth-watering unity of the fresh sea and heat from the chillies. It’s almost as if you’ve been transported to a terrace in Tenerife – tucking into your favourite seafood in the searing sun. 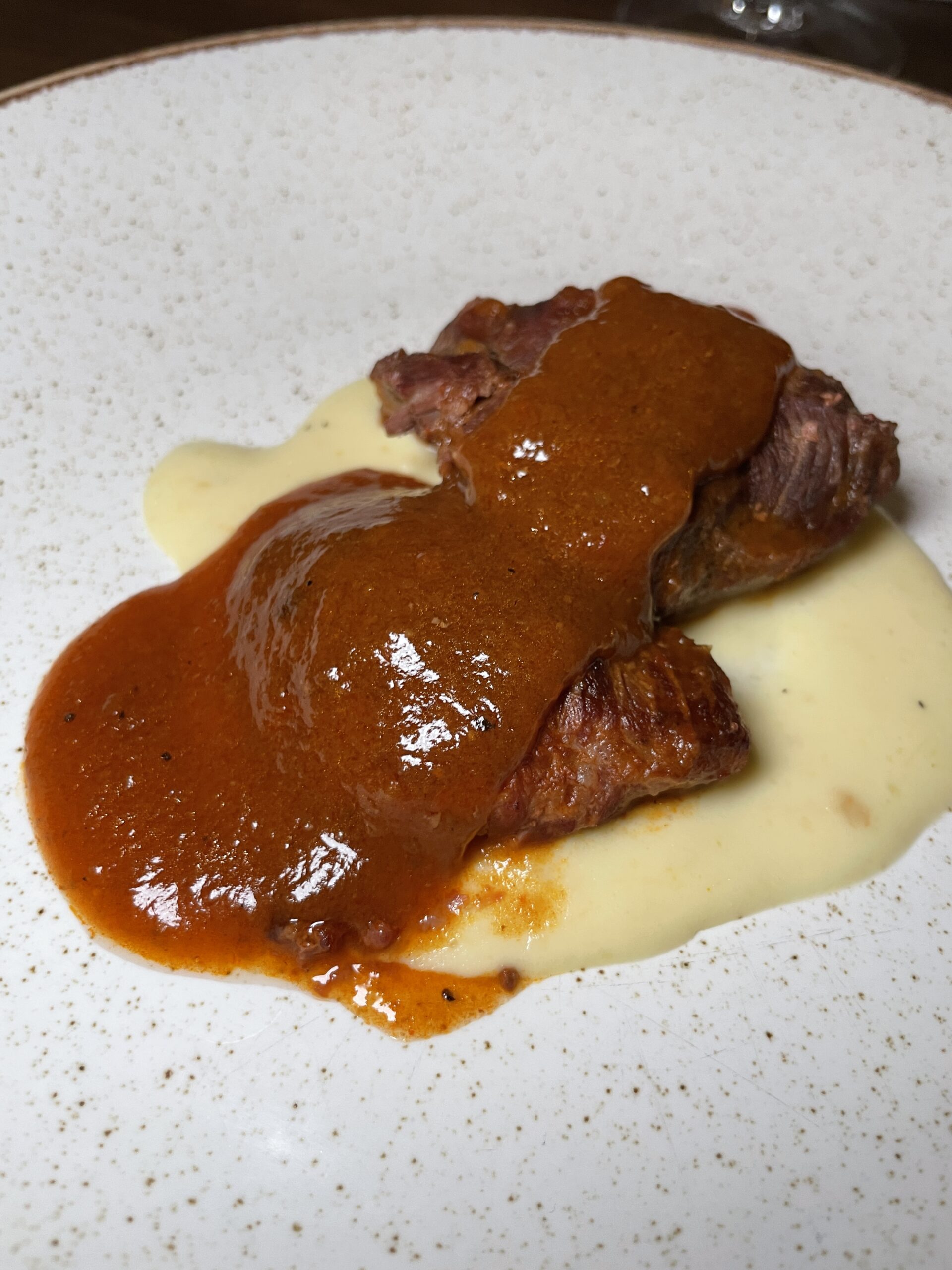 Next up is a personal favourite, a real star of the whole show – Slow-cooked Pig’s Cheek in a PX wine and vegetable reduction on a bed of creamy mash.

This course was SO good that I ate it twice, stealing my wife’s portion when she nipped to the loo. It was sublime – the pork breaking away at even the slightest of touches, soft, buttery and rich – well worth the potential risk of divorce. 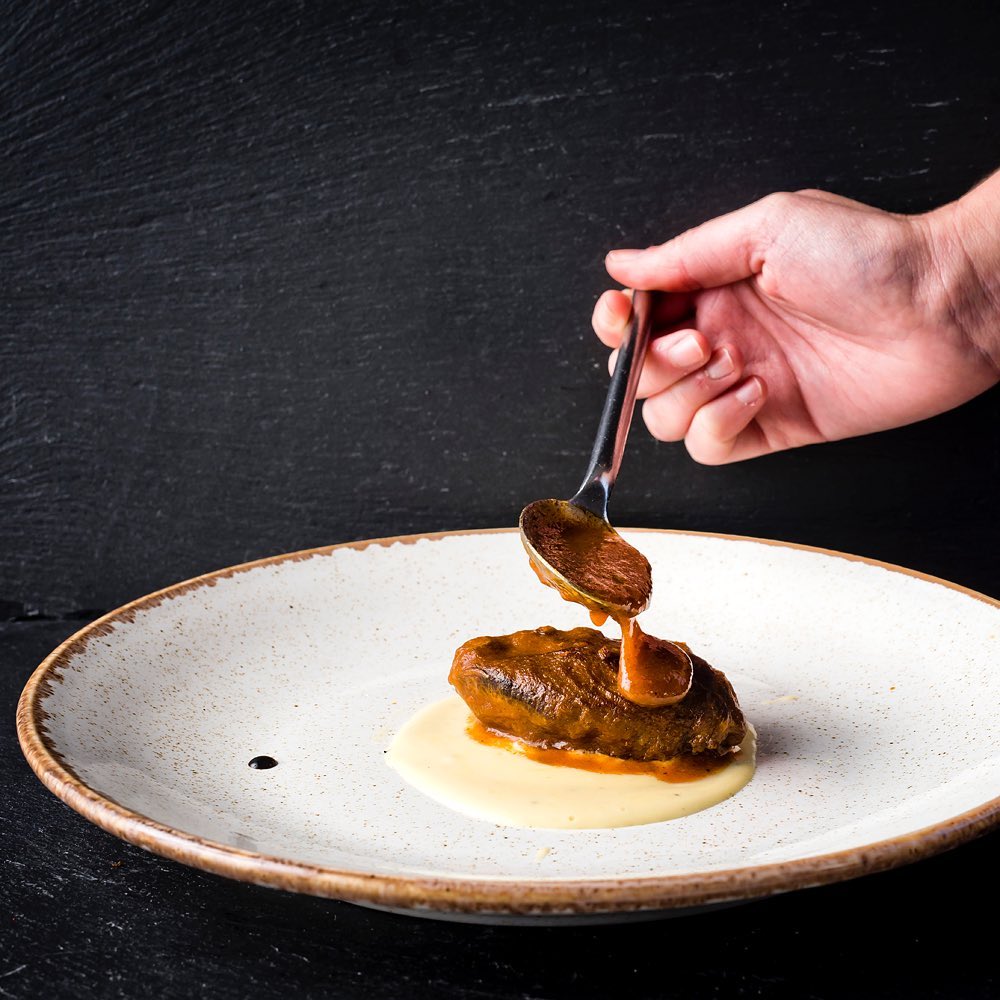 It’s generally considered that the dessert part of a menu, much like 90% of contestants on Come Dine With Me, comes as an afterthought. Not with La Bandera. They’ve created Jardines Canarios – a dish made up of the legendary ‘gofio’, something that is totally unique to the Canary Islands.

It’s a toasted flour that’s made into a mousse and then topped with crushed biscuits and chocolate ‘earth’. 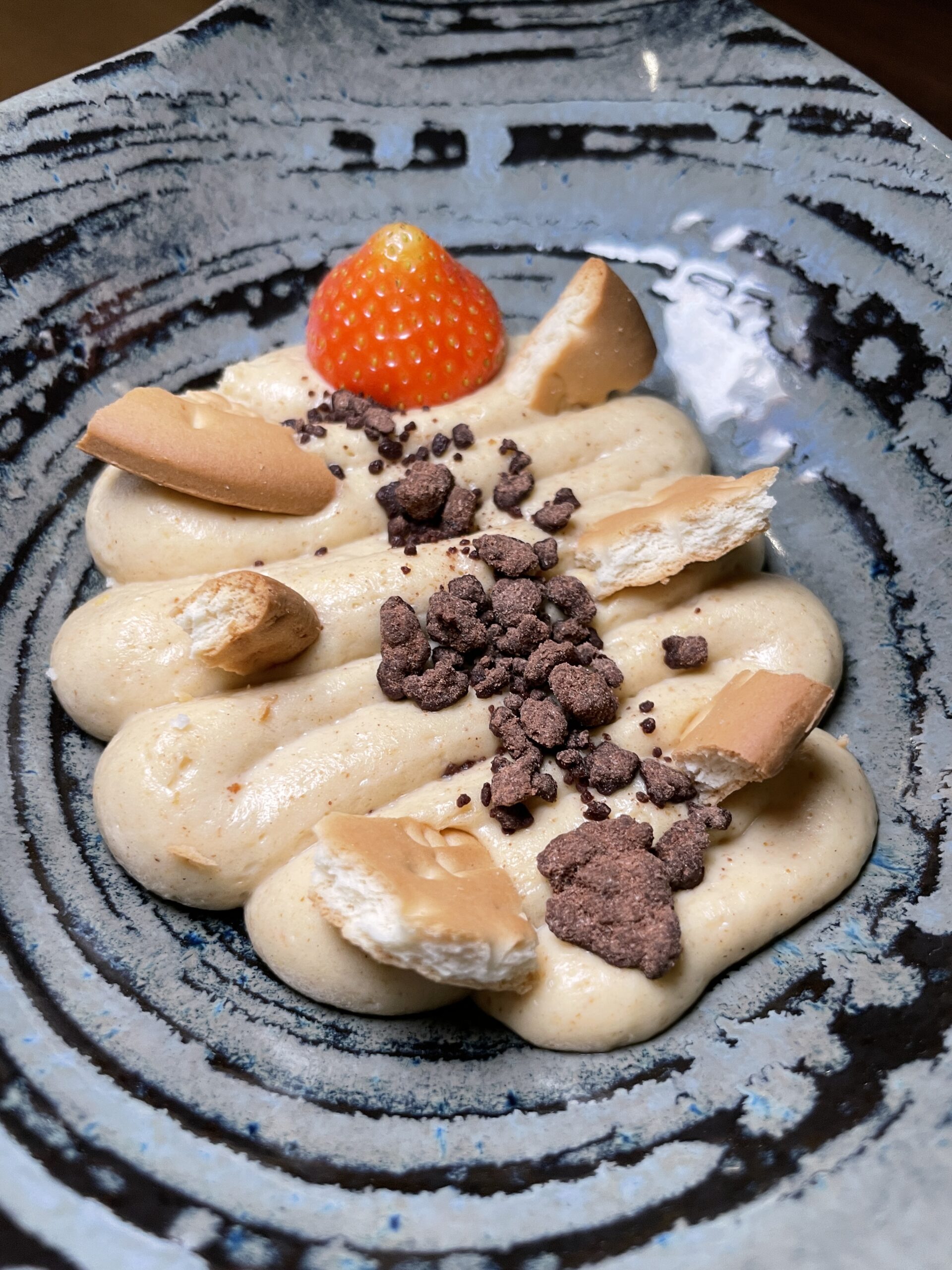 You won’t find a dish anywhere like this in the UK – or even probably mainland Spain. In fact, every time Yashin goes back home to Tenerife he brings back as much gofio as his luggage allowance lets him – you just can’t get it off the islands.

Taking you on a whistle-stop tour of Spain, as well as La Bandera itself over the years, this Taster Menu is a fantastic experience – with a dazzling array of dishes, alongside some great theatrical touches right there at your table. It makes for a truly entertaining evening for all.

The Taster Menu from La Bandera
Cost: £59 per person, plus £30 for wine flight

COMING SOON: Band on the Wall is getting “bigger and better”