For when the weather takes a turn for the worse... 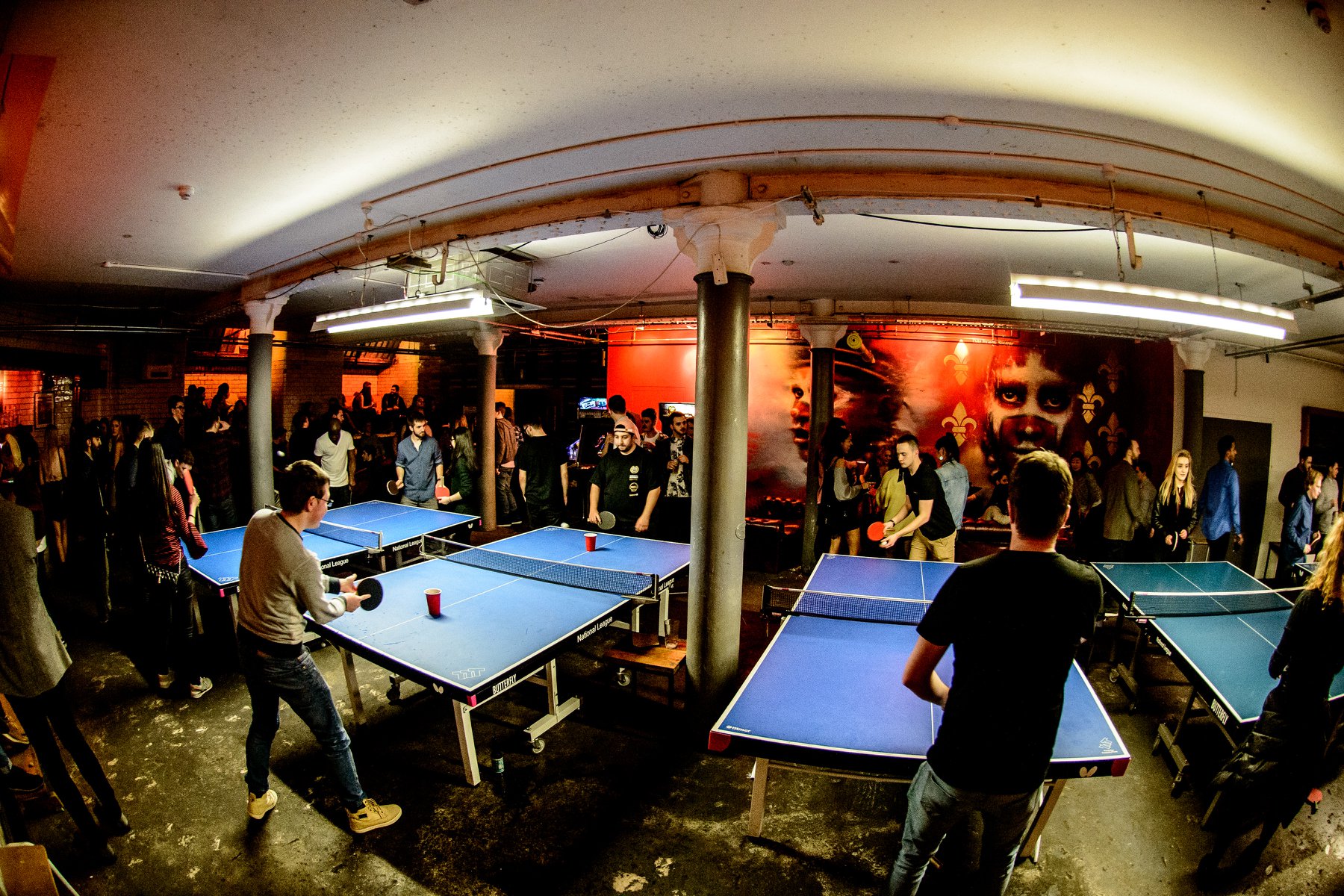 Twenty Twenty Two
The quintessential basement bar, Twenty Twenty Two is one of the coolest (and prettiest) places in the city, complete with some brilliant street art on the walls and all of those sexy white tiles on the walls which make you feel a bit like you’re in a hospital in 1937. Dragging you back to the modern day though is the massive bar with a load of top-notch cocktails, a couple of arcade machines and those all-important ping pong tables which manage to take any visit to this basement to a whole new level of fun. 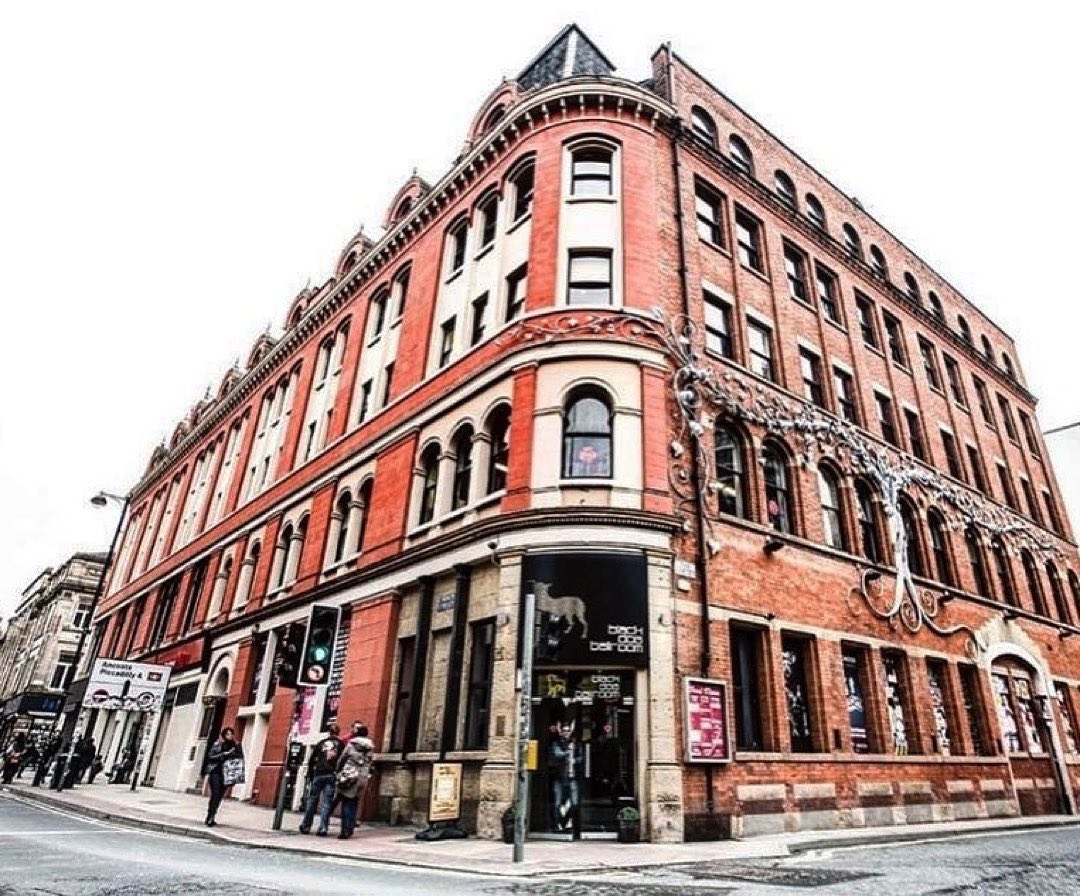 Black Dog
This New York inspired bar feels like it’s been a part of the Manchester bar scene for absolutely ages now – and if we’re being honest with each other – it has. It’ll soon be getting to 10 years since Black Dog opened and in those 10 years I’m ashamed to say that not only has my weight inflated dramatically but also the number of wrinkles on my face too. This is in part due to the many, many Friday nights spent in here – drinking cocktails and dancing like a prized tool until 4am in the morning. It’s probably about time I took it easy in my old age – but it’s difficult. Really difficult. 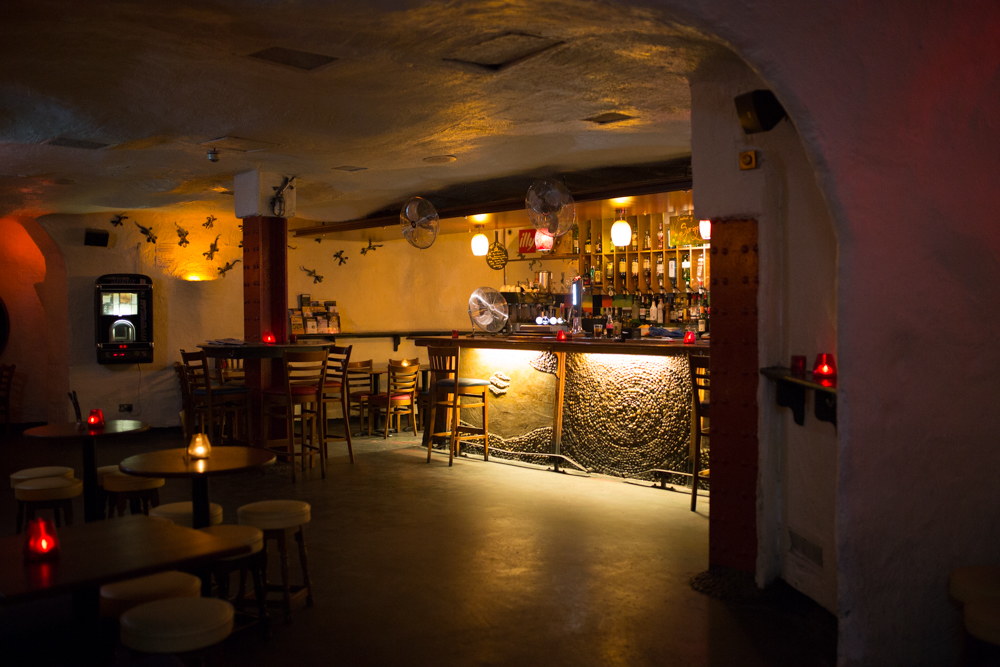 Corbieres
One of the city’s most enduring and loved venues, Corbieres is still going strong after around 300 years in a basement just off St Ann’s Square. As you descend the steps you’ll feel like you’re in some sort of cave, but it quickly opens up into a cosy little boozer with plenty of top bevvies and what is considered by many to be the greatest jukebox in the city. The jury is still out on that one (the Temple?) but there’s no denying that this is a Manchester institution that is well worth a visit any day of the week. 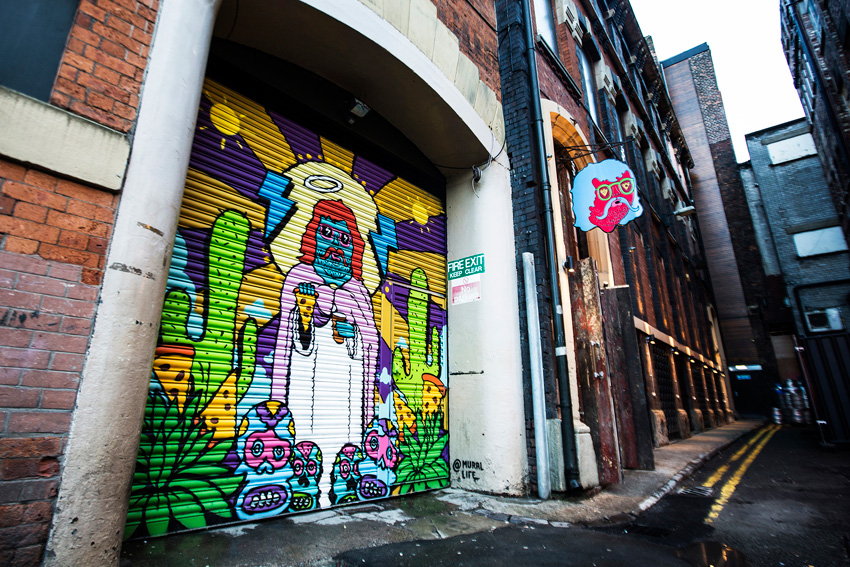 Crazy Pedro’s NQ
Another brilliant basement offering under Affleck’s, Crazy Pedro’s Northern Quarter offering is the perfect place to spend a few hours drinking mezcal and eating your weight in cheese, meat and dough. They serve up slices until 4 in the morning so there’s not really any excuse for getting TOO drunk, and they always have a brilliant monthly special on offer that typically includes some bat shit crazy ingredients. I should also mention their frozen cocktails – those Margaritas are always a winner. 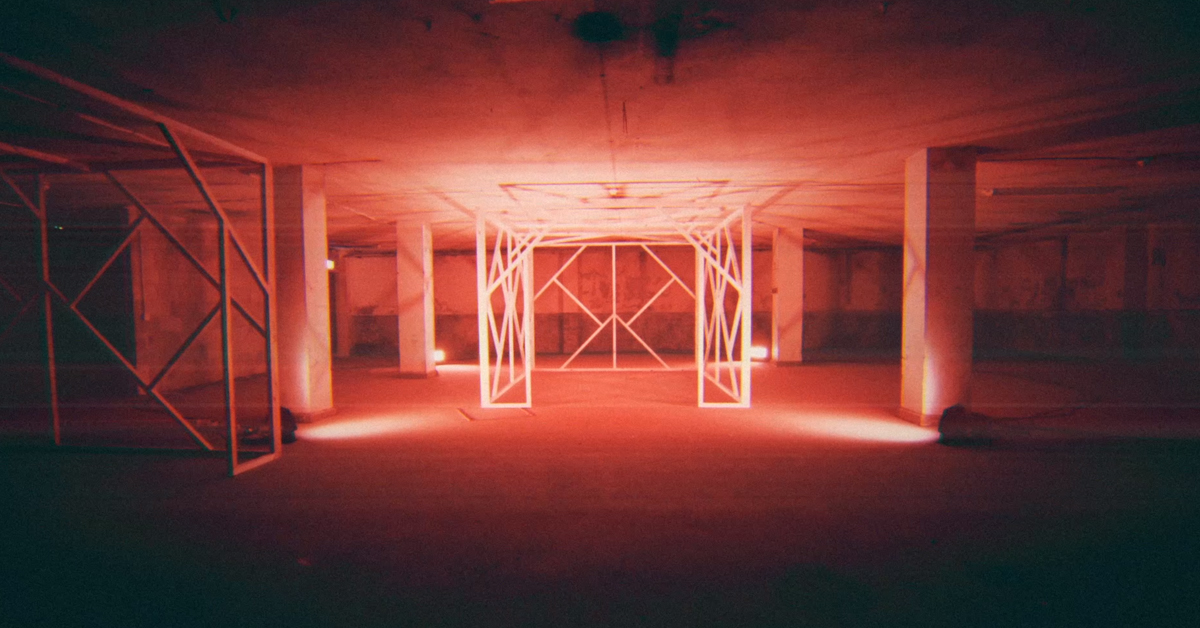 Puffin Box
One of the casualties of the new government-imposed restrictions on Greater Manchester at the beginning of August, Puffin Box had to postpone their opening for a few weeks – but things are looking up now, with only a few days to go until they’re open and fully ready to go. Not a ‘bar’ as such – more of a socially-distanced ‘rave in a box’ – Puffin Box is the city’s newest basement experience and looks set to be fucking amazing. 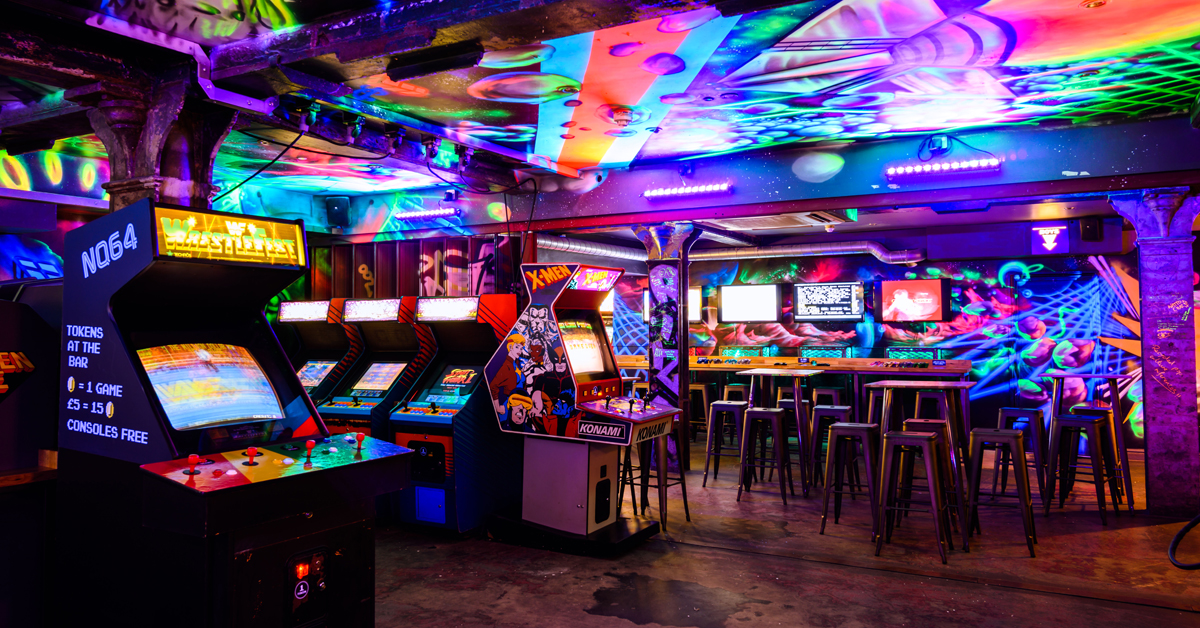 NQ64
The newest basement bar on the block and this one is a super special slice of 80’s nostalgia. In what used to be ‘The Bunker’ you’ll uncover a wealth of retro arcade machines, pinball, cool cocktails and even a few consoles to take you back to 1994 when you used to go round Craig McCoy’s house and get battered at Street Fighter on his SNES. To play the games you’ll need to buy the special NQ64 coins which cost £5 for 15 – so you can drink, dance and smash your mates at Golden Axe all night long without having to sell a kidney. 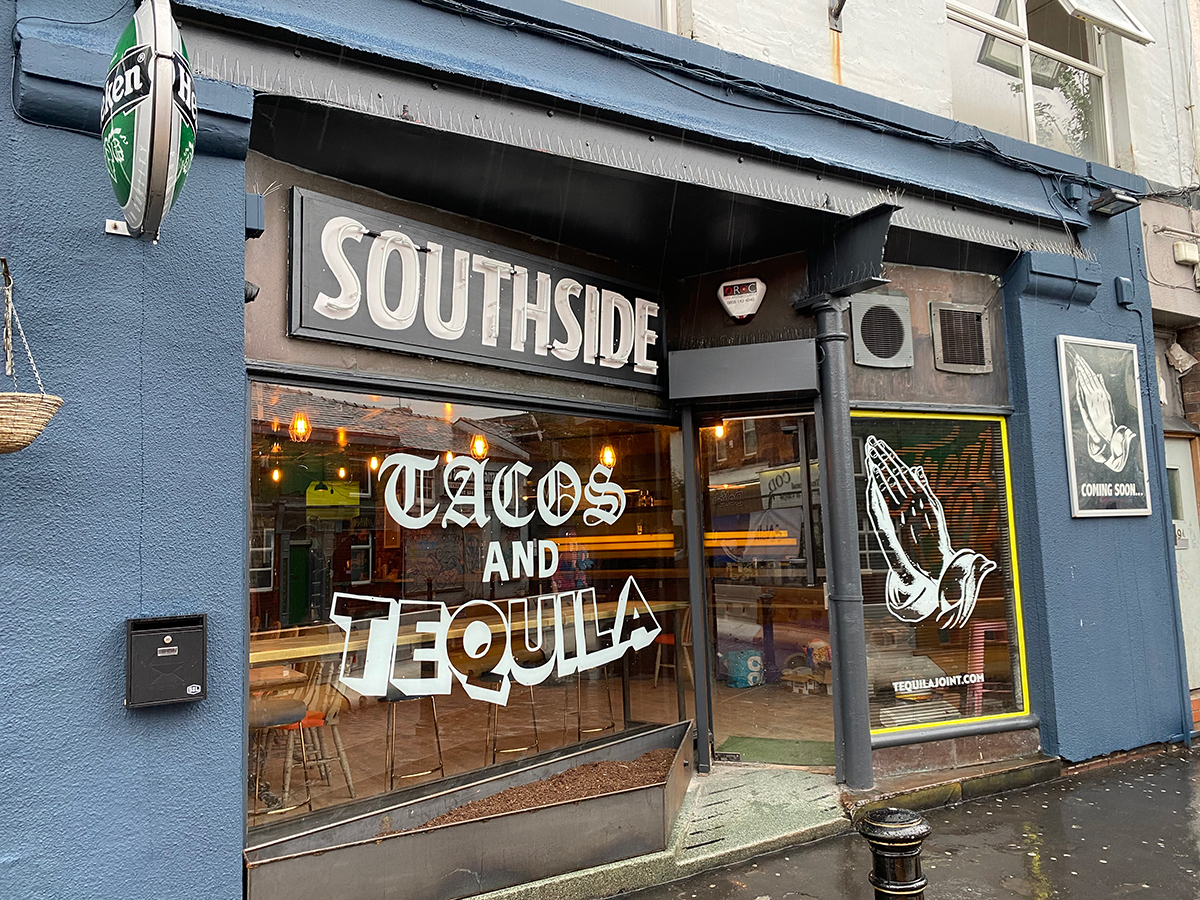 Southside Tequila Joint
Southside down in Withington manages to tick all of the boxes – because there’s their upstairs bit, where you can tuck into some tacos and tequila and then there’s their downstairs bit, which is a fantastic little hidden bar where you can easily while away a few hours erm… eating tacos and drinking tequila. The best thing is that they’re open til late on most nights too, so if you’ve taken the next day off work or just hate going in sober – this place is perfect. 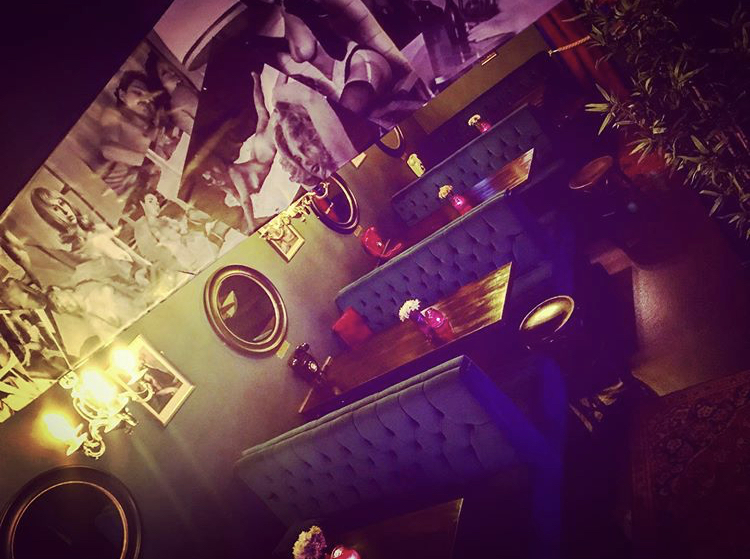 Behind Closed Doors
Still one of my most favourite late-night venues in the city, there was a time when Behind Closed Doors was just a manky looking door on Oldham Street and only those who really knew about it would pop in. Well now they’ve installed a little neon sign over the door it’s pretty obvious that the door hides a hidden den of great cocktails, sleazy interiors and quite possibly the best funk, soul and disco tunes this side of the Atlantic. The DJ’s here are fucking amazing – creating a soundtrack to your night that will be hard to forget in a hurry. You’ll definitely have Shazam out on your phone for at least 78% of the night. 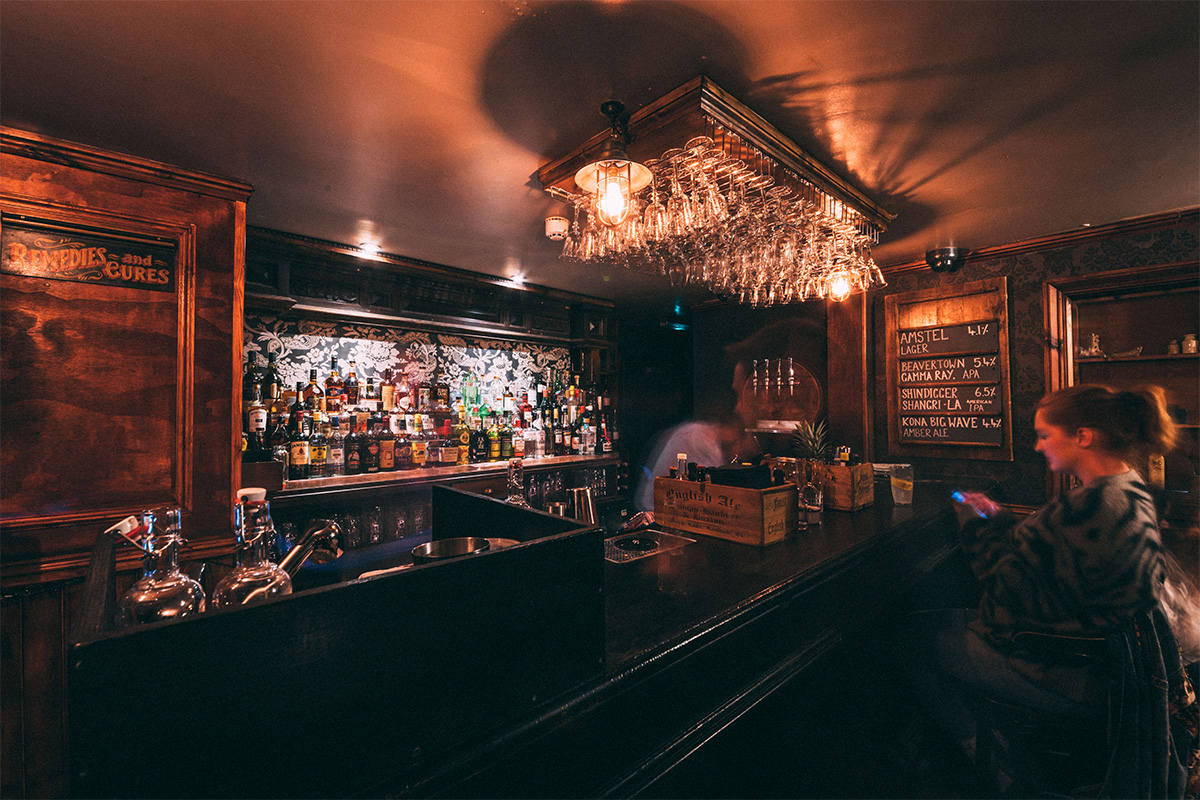 Blind Tyger
A brand-spanking new basement drinking den to open up underneath Sandinista just off St Ann’s Square. The whole concept is based around the kind of speakeasies that were knocking about during the 19th Century (well before the Prohibition) and so you can expect the cocktails to be a rather eclectic mix of flavours, textures and styles. The drinks in here are exceptional and the team serving them very dedicated and knowledgeable indeed.