The Guide to Eating Pizza in Manchester

Including New York style, Neapolitan, Detroit and even All-You-Can-Eat offerings... 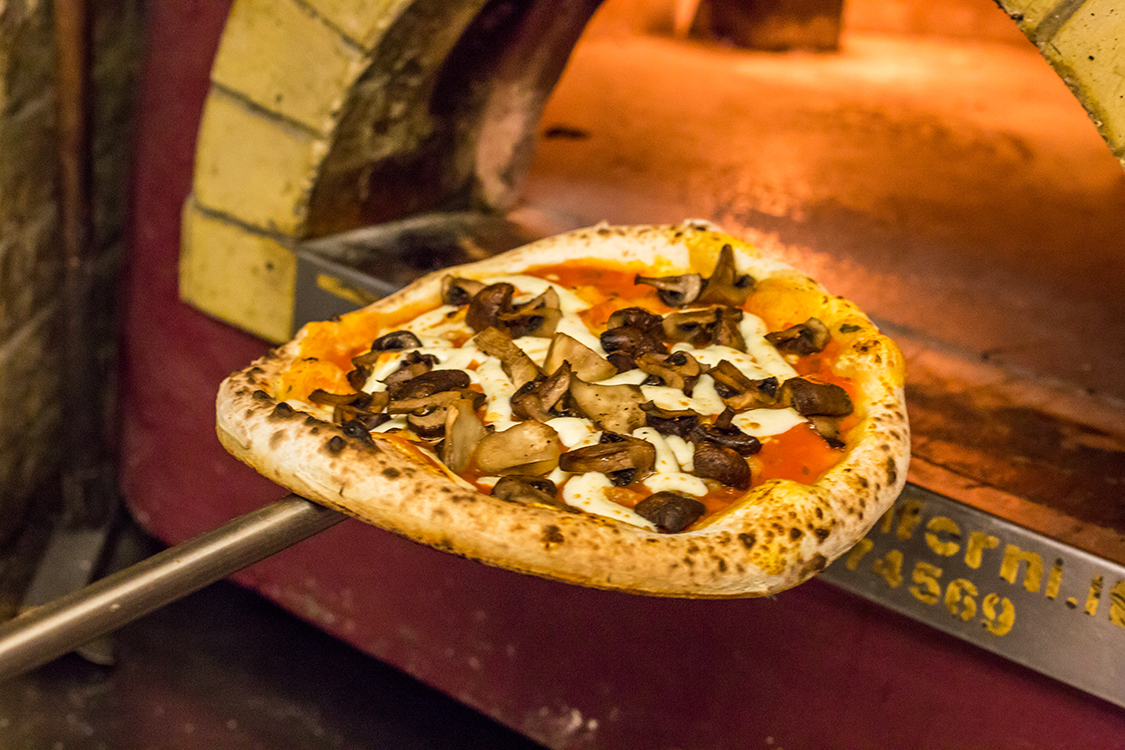 You don’t need to have the advanced palate of a Michelin-starred chef to enjoy and have an opinion on pizzas – a food you’ll find anywhere from the dirtiest street corners to the poshest restaurants all over the world.

Manchester’s pizza scene has, most recently, been inundated (and rather saturated) with the style known as ‘Neapolitan’. It’s soft, chewy dough and fresh toppings seem to have really appealed to the Manc palate, but times are a-changing.

2020 has seen the resurgence of the classic ‘New York’ style pizza, plus the introduction of a couple of new styles which have traditionally been considered ‘niche’.

The Sicilian or ‘Detroit’ pizza has popped up in Failsworth (of all places) while the city is primed for the introduction of newer, more exotic offerings such as the well sought-after Chicago Deep Dish. I give it until Christmas and we’ll have one.

Back in the early 1900s, thousands of Italians emigrated to the States – looking to pursue the ‘American Dream’ and after toiling on a boat for weeks and then being greeted by a massive lady waving a wand about, they were shepherded through Ellis Island and onto the tough streets of Manhattan. There their culture seeped into the very bedrock of NYC life and continues to do so to this day. 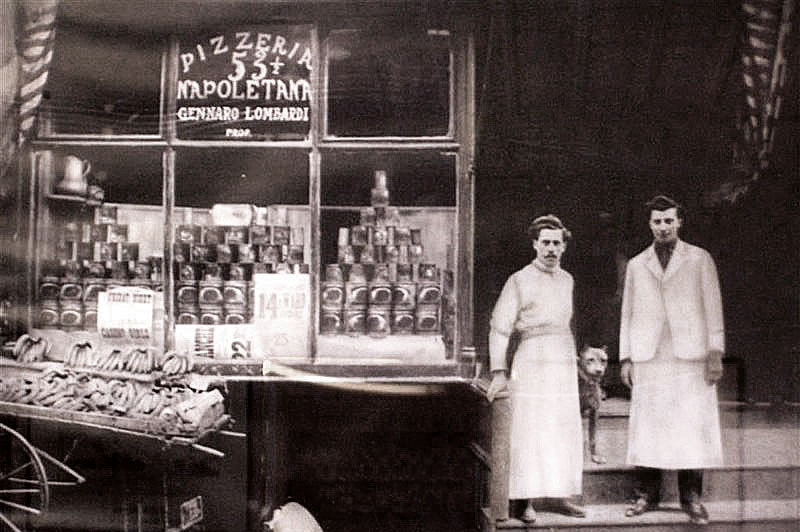 A variation on the Neapolitan style, many attribute the New York style of pizza to one man – Gennaro Lombardi who opened up the US’s first ever pizzeria, Lombardi’s in 1905.

Since then the style enjoyed considerable success throughout the 20th Century, but it wasn’t until the deep recession and bankruptcy of the 70’s, 80’s and 90’s that the New York style really entered into the public consciousness and became the phenomenon that we all know today. 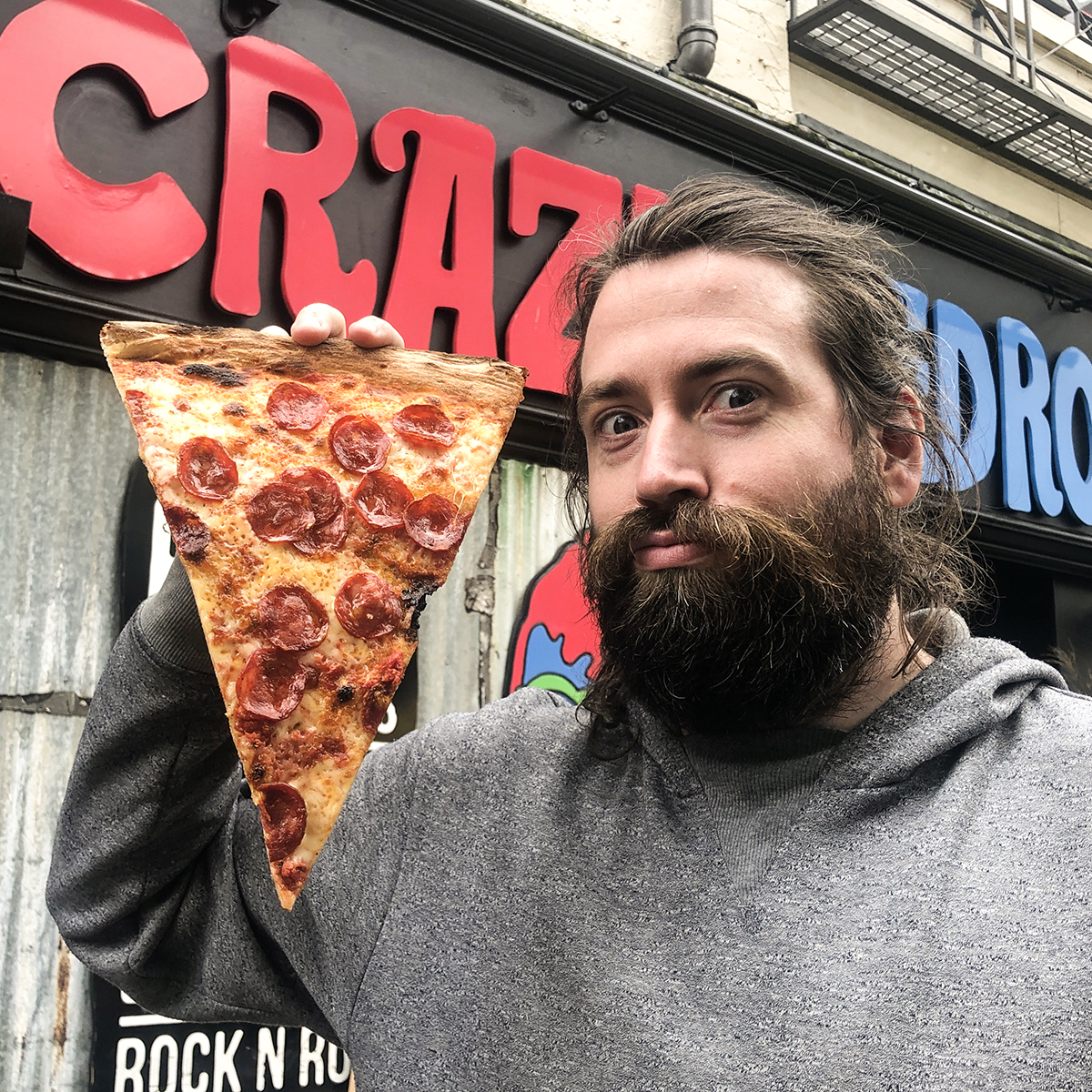 It’s simplicity and the low cost of ingredients ensured that it was a meal that could be made very cheaply and also sold very cheaply meaning ‘Dollar Slices’ became a thing – and even though you’d be hard-pushed to find a slice that cheap in the city any more – it’s legacy lives on.

In Manchester the undisputed king of the New York style pizza is Crazy Pedro’s, who’s massive, thin pies have become to go-to food for soaking up endless shots of tequila at 4 in the morning. Topped with an increasingly outrageous list of toppings, Pedro’s feels most authentic when you opt for their Margarita or Pepperoni – thin, crispy, simple and demanding to be folded in half whilst having a drink – this is quintessential New York food at its best. 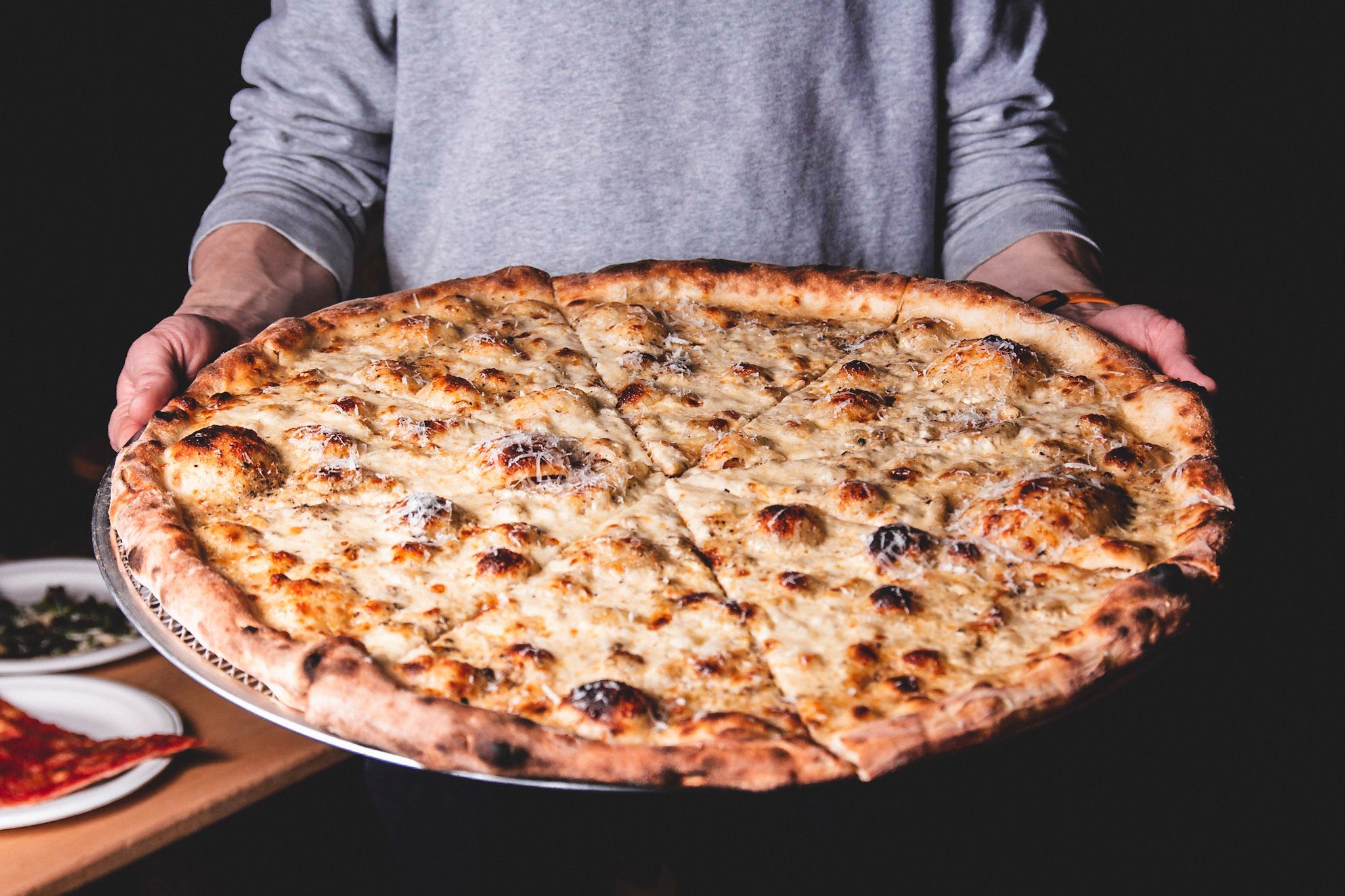 Just last week, Pedro’s introduced a brand-new 24-inch pizza too – bringing true American excess to the streets of Manchester. Recent times have also seen a couple of newcomers to the New York style pizza scene, with Voodoo Rays at Escape to Freight Island and Nell’s Pizza at Common both offering up massive slices and huge pies.

Certainly the most popular pizza style anywhere in the UK at the moment, the Neapolitan way has ruled the roost within the city for many years now, primarily due to a small little Ancoats eatery named Rudy’s.

Dating back to Naples in the 18th Century, this pizza is characterised by its soft and pillowy crust, topped with super-fresh ingredients. It’s cooked really quickly in a super-hot oven, it’s also uncut – forcing the diner to use a knife and fork to devour it.

Since Rudy’s pretty much popularised the pizza in the city, a whole host of similar Neapolitan offerings have arisen. Are they as good as the original at Rudy’s? Yes – many of them are in fact better – but Rudy’s will always be the OG – meaning it’ll always have a special place in our pizza-shaped hearts. 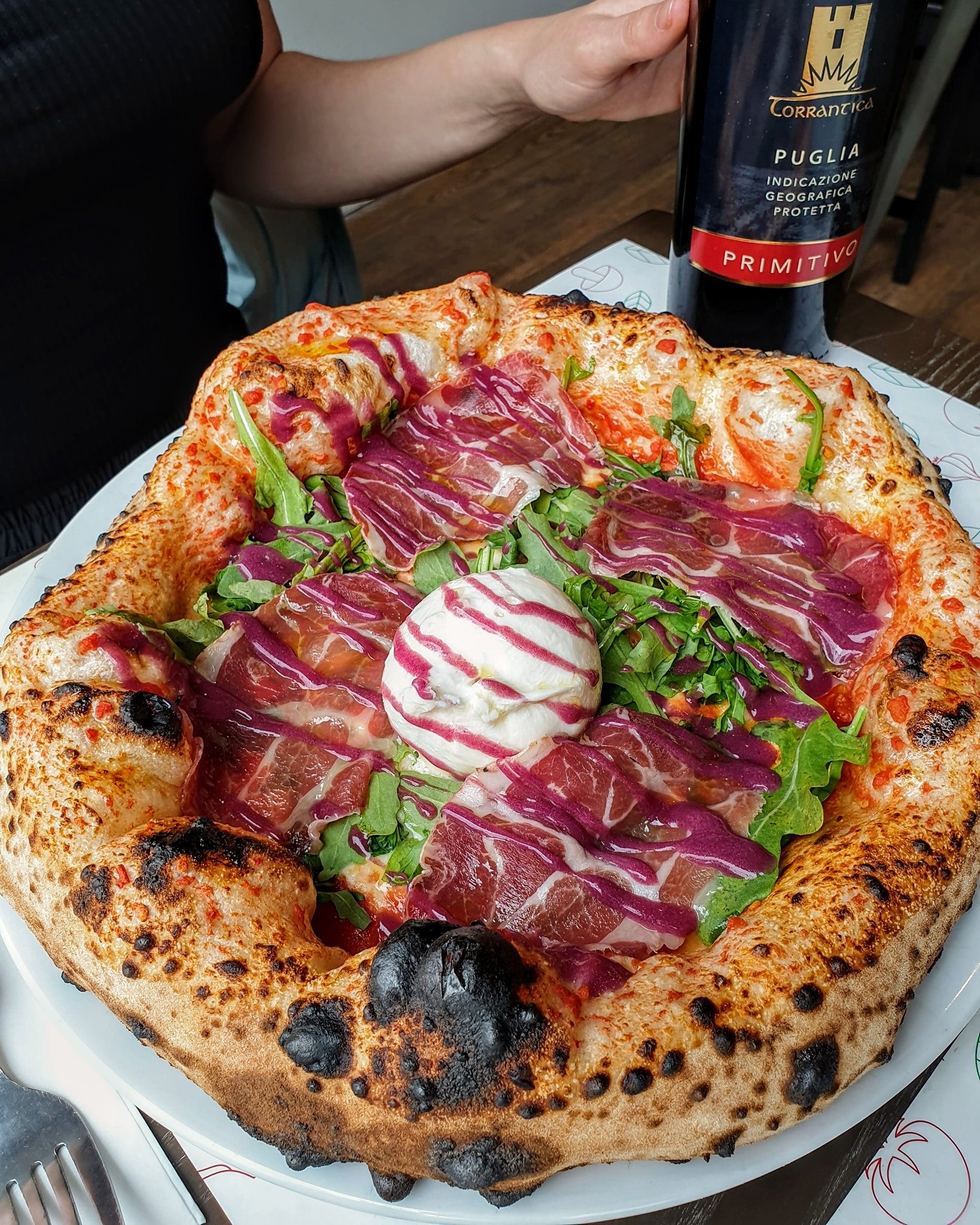 Carpaccio and Burrata goodness from @ciaooopizzamcr

Detroit is mostly famous for cars and Motown, oh and for being pretty much bankrupt and a bit rough nowadays, but they’re also famous for their very own pizza style, imaginatively named… Detroit style. 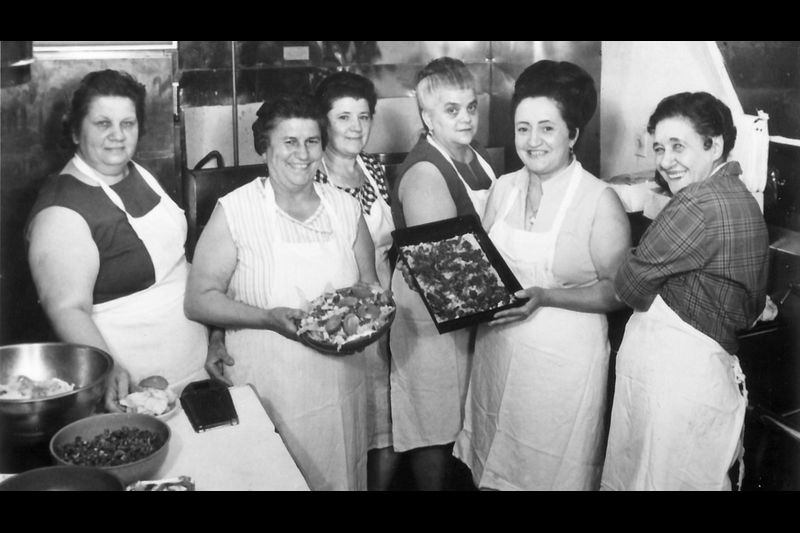 First developed in the city in 1946 by the owners of Buddy’s Rendezvous, with the source of the exact recipe being a difficult thing to truly pin down, what is known is that the Detroit-style is a variation on the Sicilian-style, featuring a “focaccia-like crust” which is then topped and then cooked in a deep steel pan that was supplied by local automotive suppliers in the city.

Because it was cooked in, essentially, tool trays for car production, the pizza is extra thick and achieves an extra crispy crust. This is helped by the addition of toppings that go right to the edges of the pan, making the cheese crispy all along the sides. 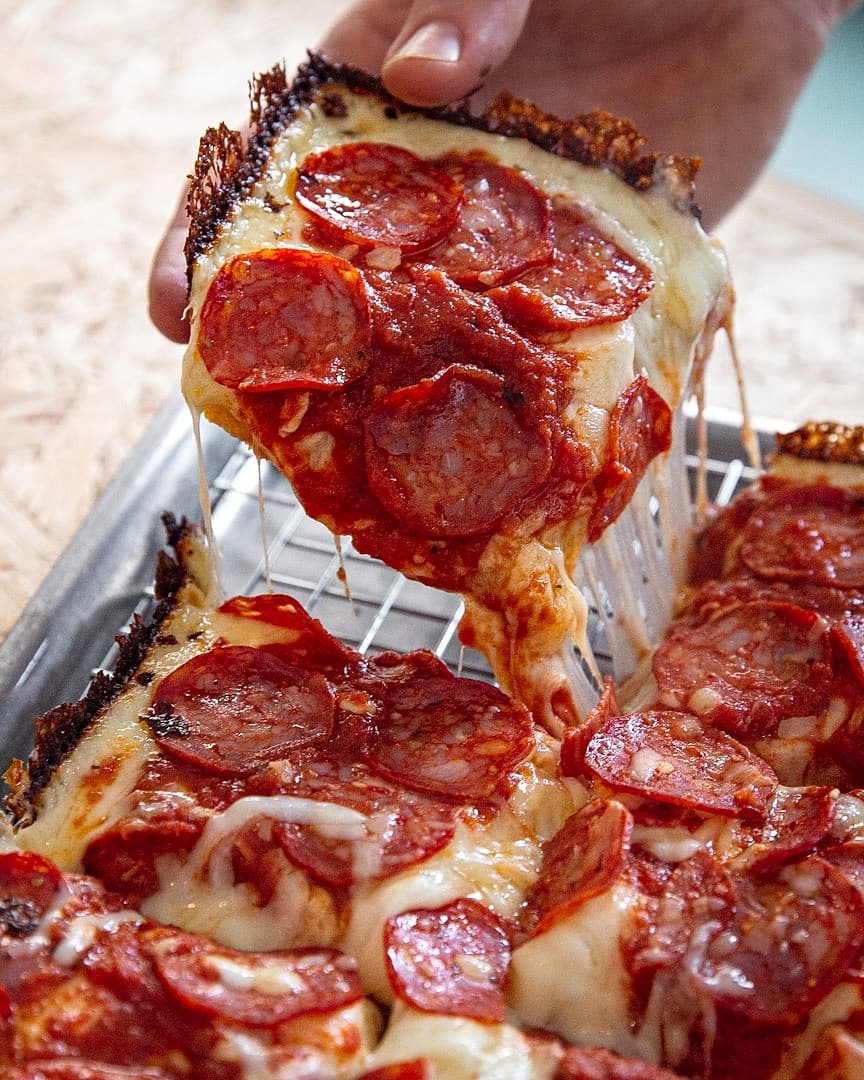 A recent addition to the Manchester pizza scene is Corner Slice in Failsworth, who specialise in Detroit-style and are well worth the trip out of the city to sample. You’re not going to get anything similar anywhere else in Manchester – unless you decide to make your own at home of course.

Isn’t ALL pizza ‘Italian’? Well, yes and no. The pizza may have originated and become popularised by the Italians, but the endless variations and styles of what is essentially an unfolded sandwich means that you can have a different experience with every pizza you eat. 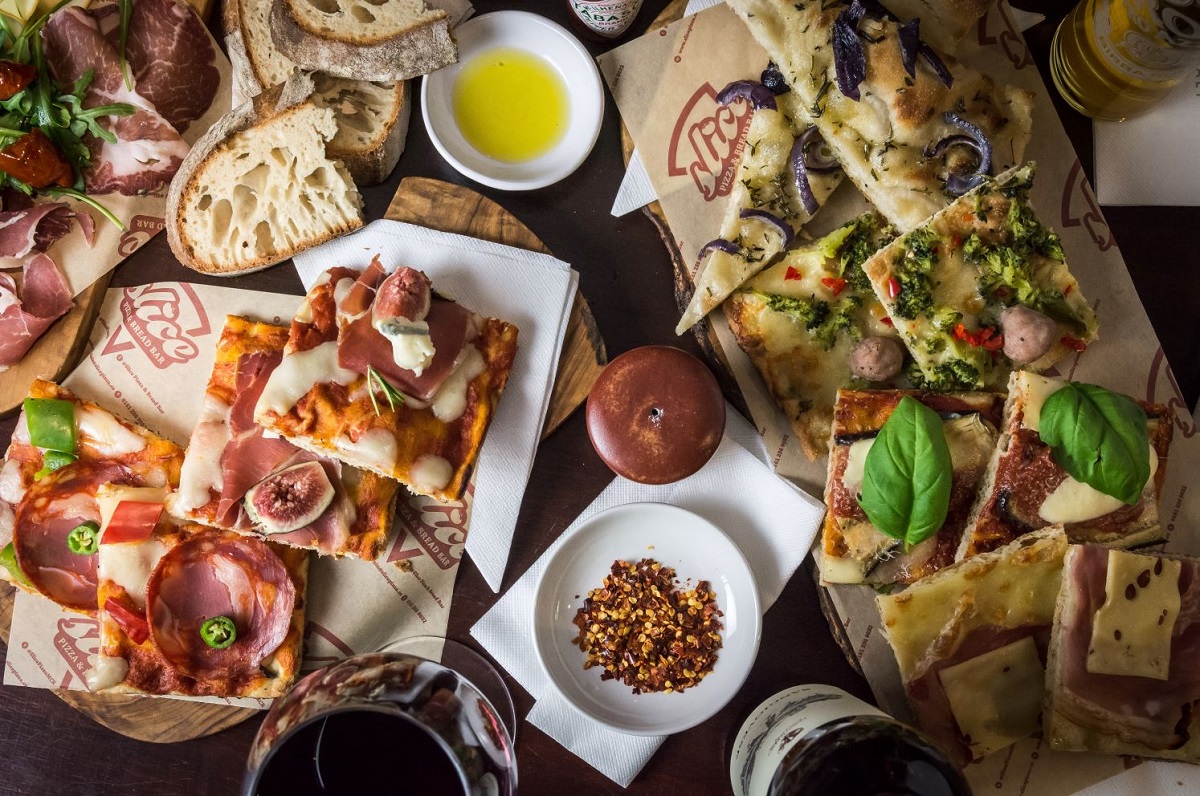 Roma-style slices at Slice // Gone but not forgotten…

The traditional pizzas of Italy are also wide-ranging in their styles too, with Neapolitan probably being the most well-known and popular at the moment. There is also the Roman-style pizza too, which are sold on the streets of Rome for busy commuters on their way to work.

The Roma-style pizza is usually baked in long rectangles using a high hydration dough meaning it’s thin, light and crispy. Toppings can then range from the classic tomato with cheese, right up to roasted vegetables, Mortadella ham, olives, rocket – whatever you have lying about in the pantry really. 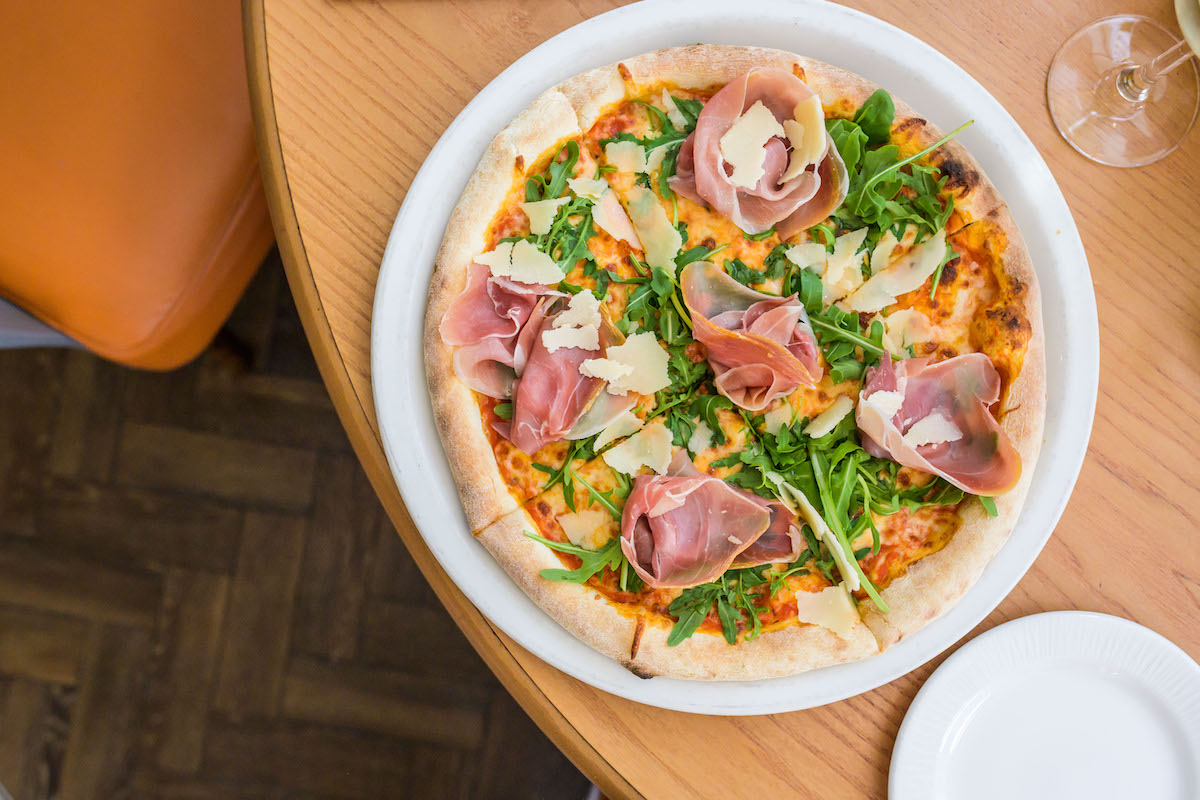 Even though they’re traditionally sold in rectangles in Rome, this type of pizza is readily available throughout Manchester from many of the city’s excellent Italian eateries. Don Giovanni offer up an impressive range of toppings, as well as Salvi’s, Rosso and San Carlo.

All are cooked and prepared fresh and to the classic Roma style. With Slice on Stevenson Square being the only place in recent years that offered the most authentic Roma-style pizza, its continued closure is a sore spot for any pizza-loving aficionado in Manchester.

Pronounced “Jee-Roh”, this literally translates into “round” meaning you have regular rounds of pizza that come to your table and you pick what you like. The idea of Giro Pizza works on the fact that it’s all-you-can-eat and you can pick off as many (or as few) as you like. 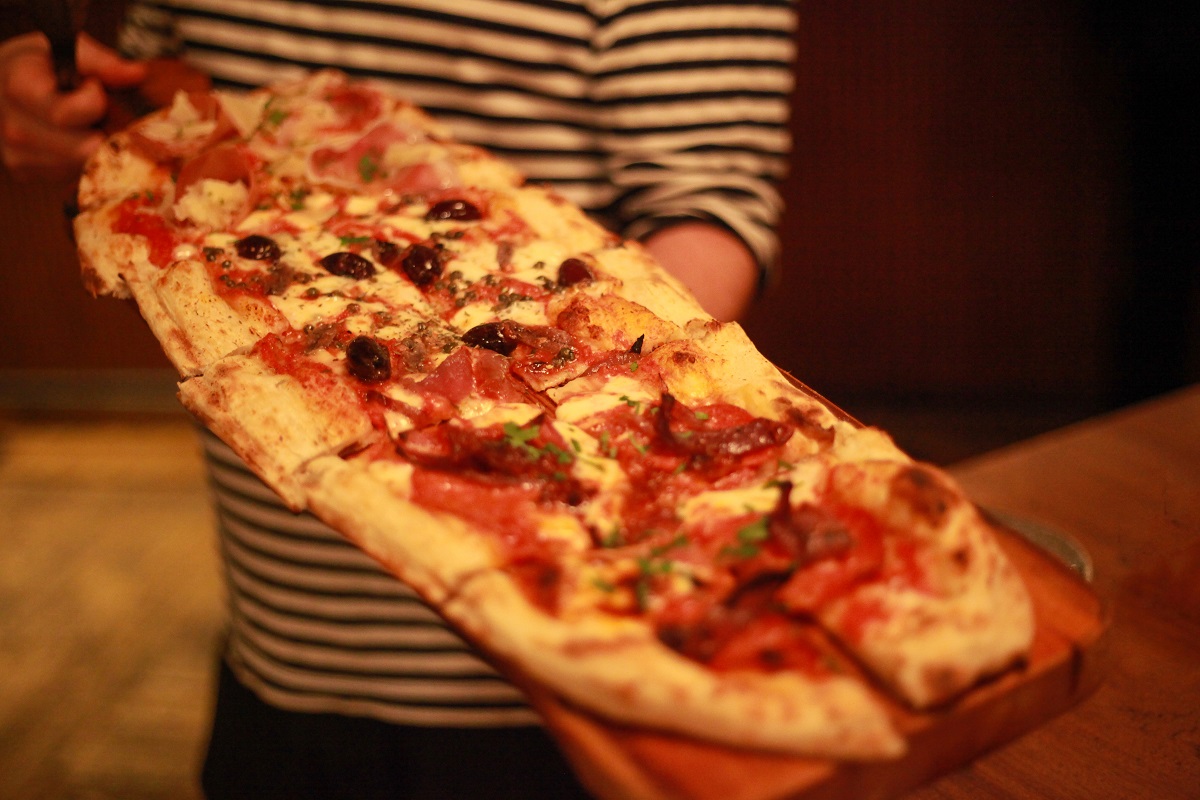 All-you-can-eat pizza with a Giro…

I’ve tried to find the origins of the Pizza Giro on the Internet but unfortunately, I’ve not really got anywhere. I’m sure that it probably originated in Italy, as a chance for you to go to a particular pizzeria and sample their different pizza offerings without committing to a full pie – but I could just be making this up.

It’s a bloody brilliant idea though (whoever made it up) and it just so happens that Tariff & Dale in the Northern Quarter have just started their Pizza Giro Fridays once again, where for just £13 you can get 2 hours of all-you-can-eat pizzas and a drink between 12.30pm – 2.30pm. 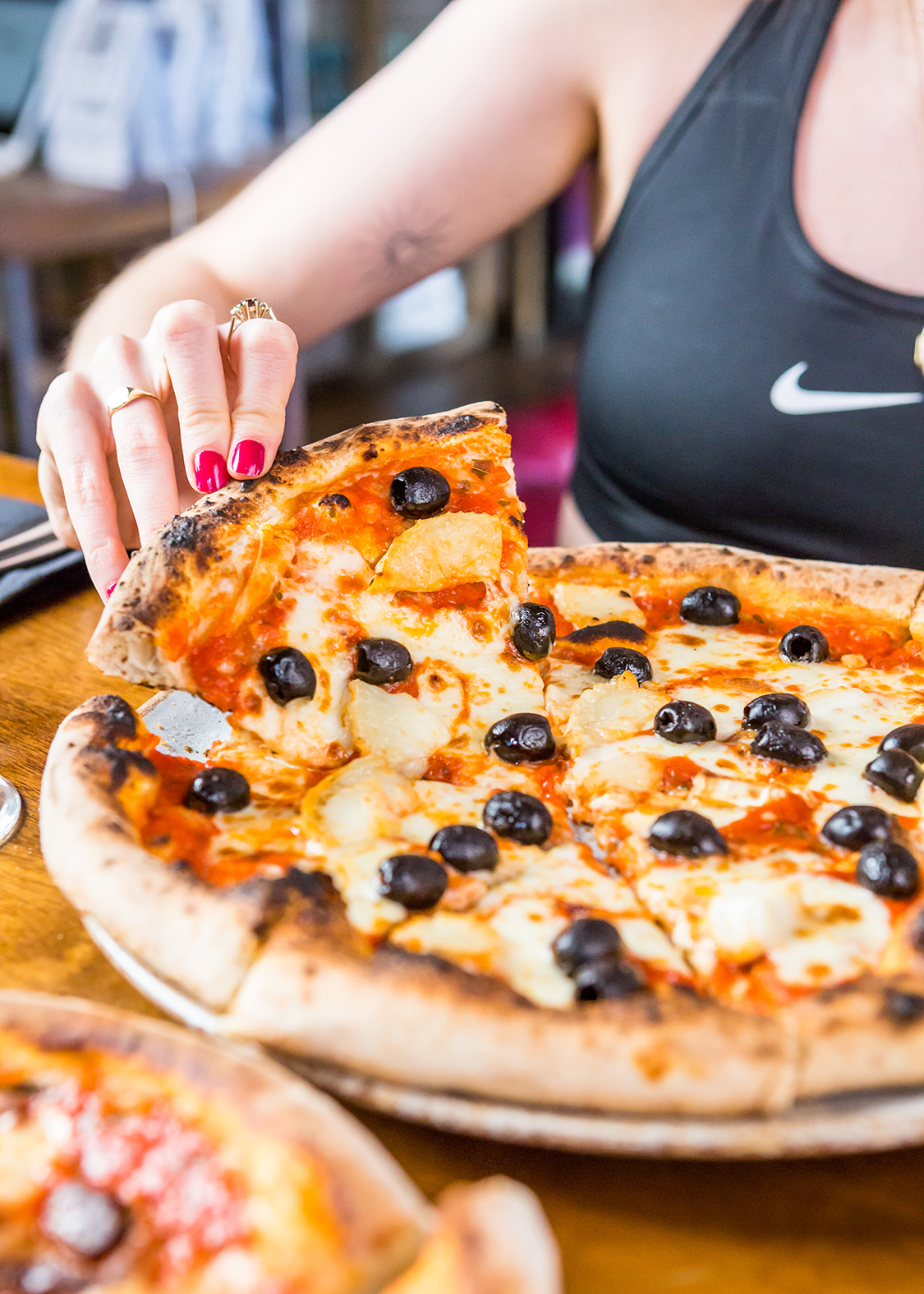 There’s a different selection of pizzas available every single week, including the classics alongside some more ‘creative’ offerings – so no two visits are the same. I’m going out on a limb and saying that it’s the best way to spend a Friday afternoon in the city.