A post-COVID variation on 'The Brewers Mile' that's perfect for a weekend brewery visit... 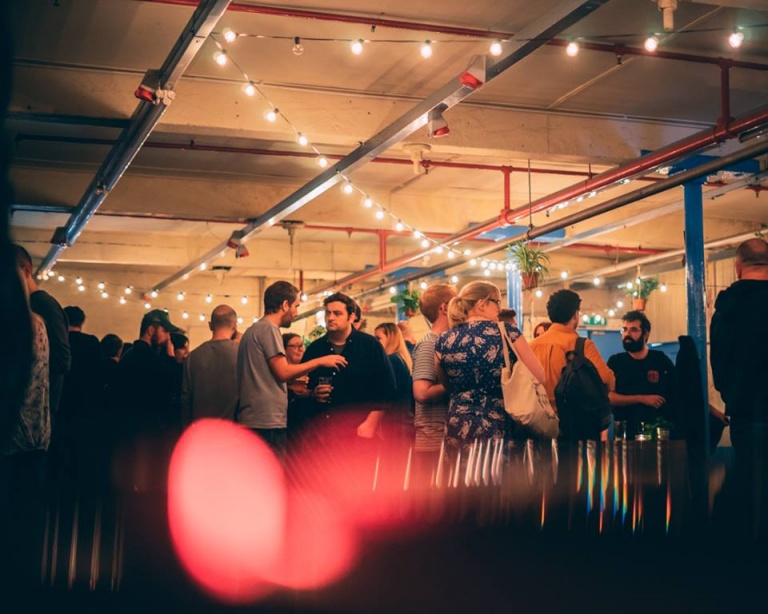 We’re going to start the day off down a bit of a dodgy end of the city – the red light bit behind Piccadilly train station. Not only is this the place where the Google Maps car caught a guy getting a handy, but it’s also home to many of the city’s smaller, independent brewing companies which have great taprooms. 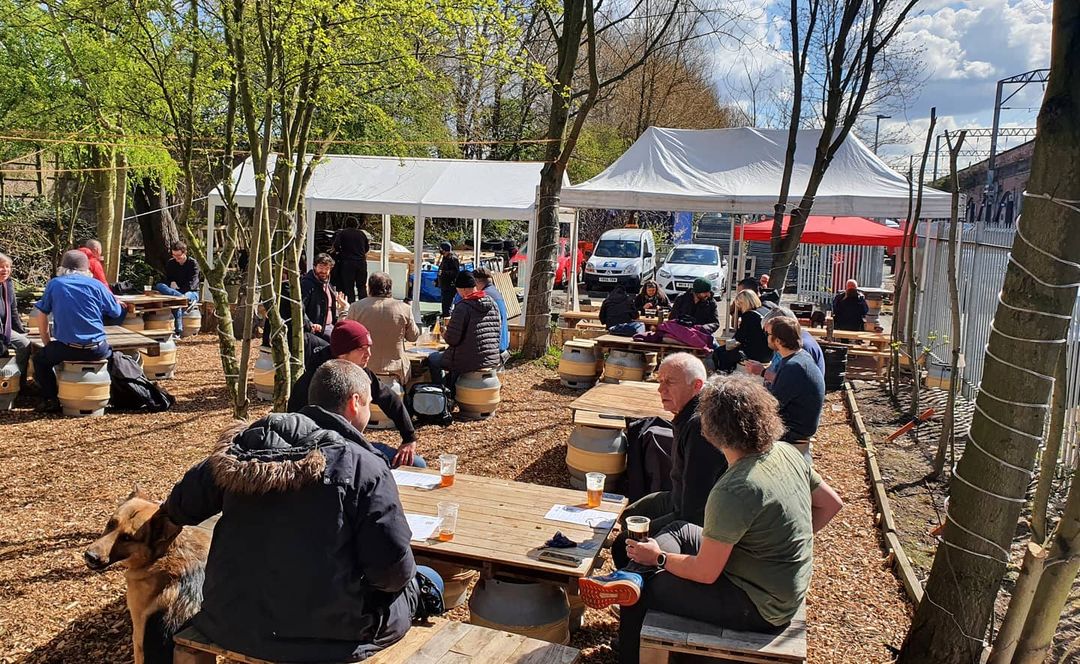 Beer Nouveau
You’d be forgiven for never having heard of Beer Nouveau – I certainly hadn’t until I started doing this, although it is well known that I’m a massive ignoramus. They’re an experimental micro-brewery focussing on old recipes but using new ingredients and techniques. This all sounds well and good but does the beer taste good? Well, I only managed to try their Sister to Nun Pale Ale but I must admit to finding it mightily impressive, and the surrounding taproom was a great place to relax and end up chatting to anyone and everyone about either beers, beards or bikes (or all three). 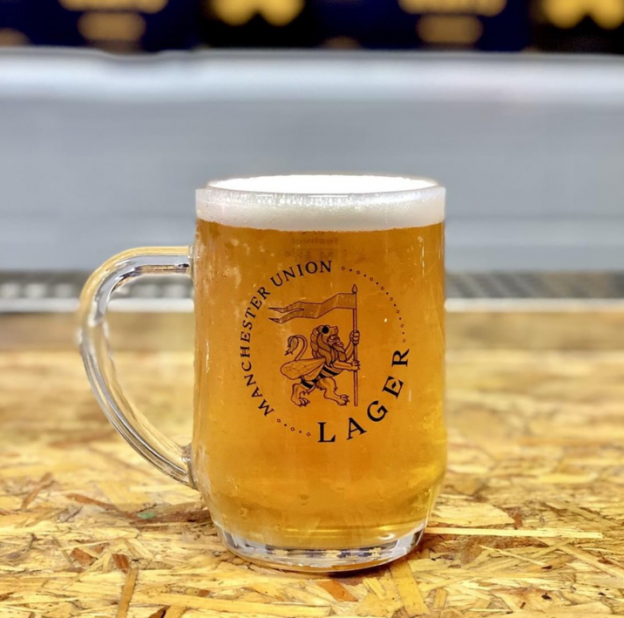 Manchester Union Lager
The guys behind Manchester Union were looking to create a lager that was completely different to anything you’d ever experienced before. They bang on about a ‘full mouth feel’ and ‘decoction’ and even though I have no idea what it all means – it doesn’t really matter in the end. Unfortunately their tap room isn’t open again yet, but if you’re craving a pint of Union (who isnt?) there’s still plenty of places around the city centre where you can grab a pint. Check their site for stockists… 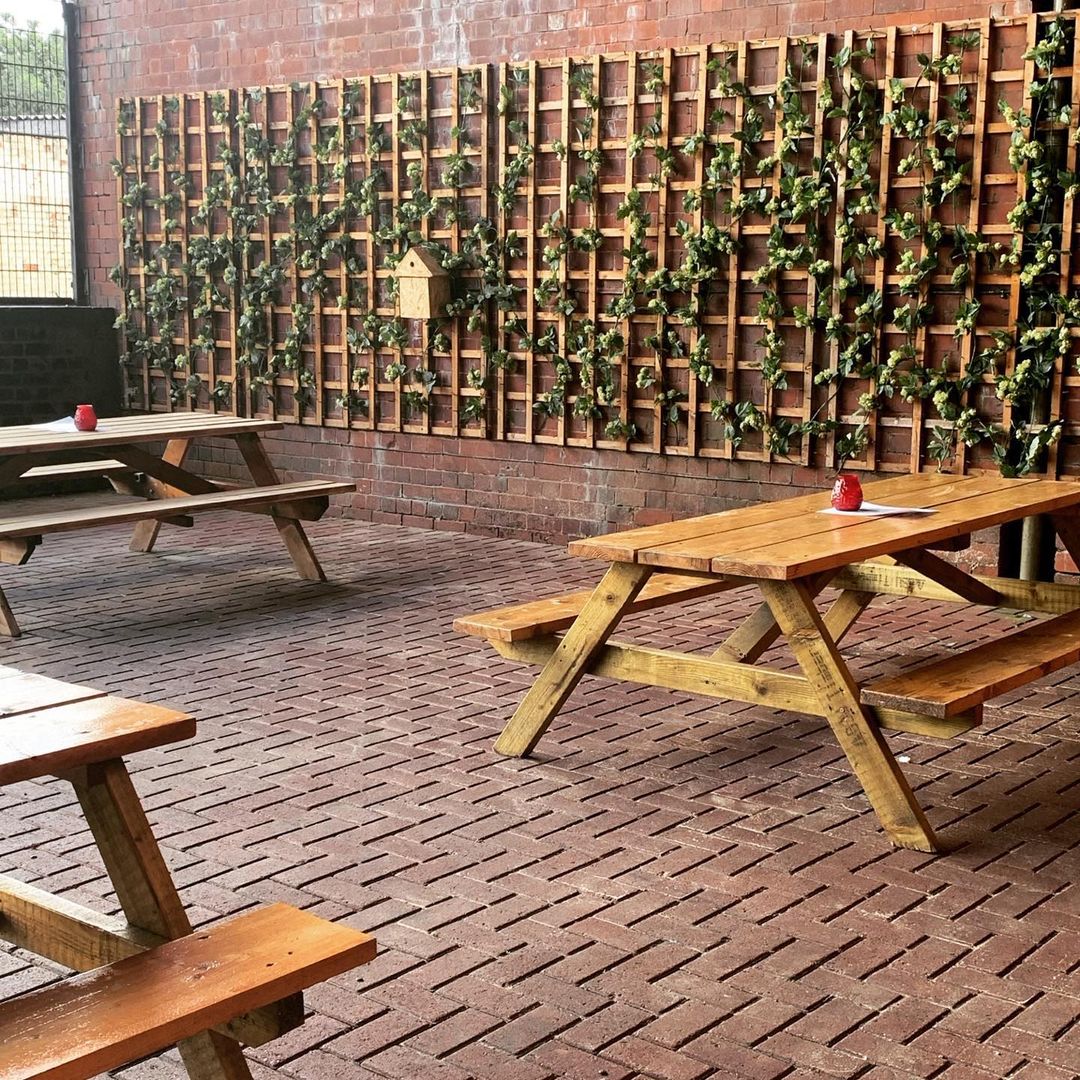 Alphabet Brewing Company
Just down the road from Manchester Union and past the weird gym you’ll find Alphabet, creators of such wonderful brews as the Juice Springsteen, the A to the K Oatmeal Pale Ale and a brilliant session IPA, Charlie Don’t Surf that’ll slide down your throat just a little too quickly. Their taproom is open every Saturday so you can get your mitts on all of this stuff (and more). It’s pretty big and there’s usually plenty of people down there getting hammered and having a good time. On occasion they’ll put some food on and a DJ but if not – take a spare Twix and a flute. 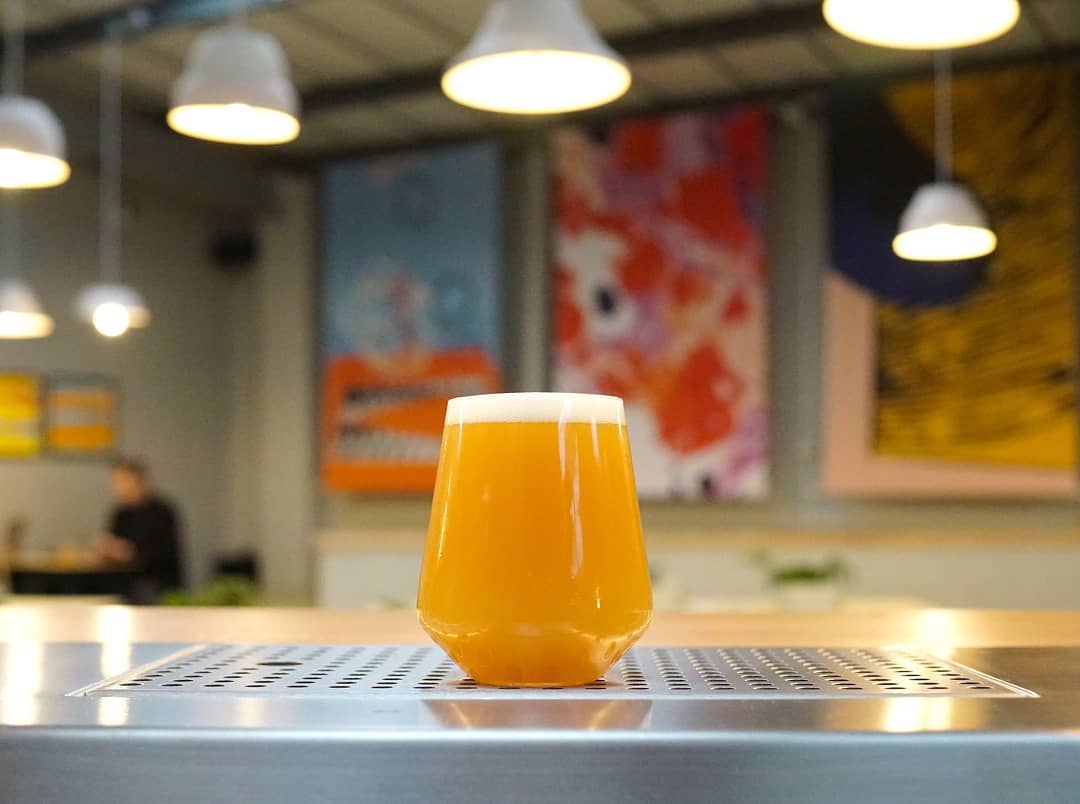 Cloudwater
I keep hearing off ‘people in the know’ that Cloudwater is one of the best breweries in the world. I don’t know how much volition is in these claims – but they appear to be ranked usually either 1st or 2nd in the RateBeer Best Top 10 which is kind of like being on Top of the Pops every single bloody week but better. Unfortunately their tap room is still closed, so you’ll have to give this one a miss. Perhaps grab yourself one of their new beers in Tesco to drink along the way to the next place – I’ve heard they’re excellent.

Get Google Maps out and head out of this bit of town and back to the warm embrace of the NQ and in particular – Dale Street. 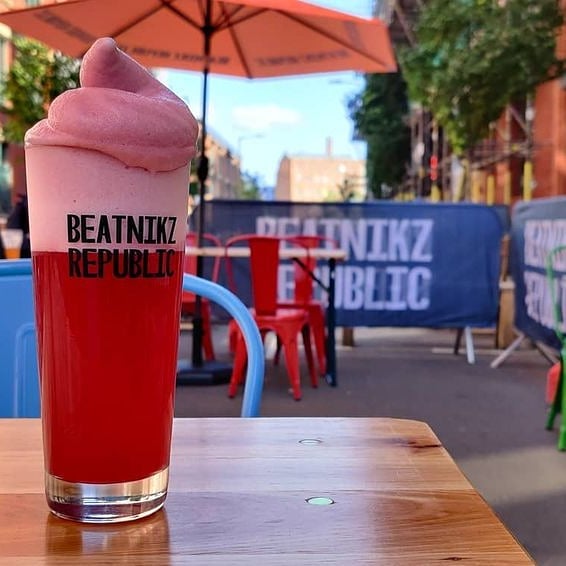 Beatnikz Republic Bar
Without having to trek all the bloody way to the Green Quarter (not yet anyway), the good people at Beatnikz have taproom right bang in the Northern Quarter. With a massive keg list that’s always changing even the fussiest of drinkers will be catered for whether it’s an IPA, Pale Ale, Cider or even the odd sour beer knocking about – they’ve got the lot. There’s also a great little cask section too, should you want some of that inside you. Their terrace out front is an excellent place to enjoy a few pints and soak up some much-needed Vitamin D. 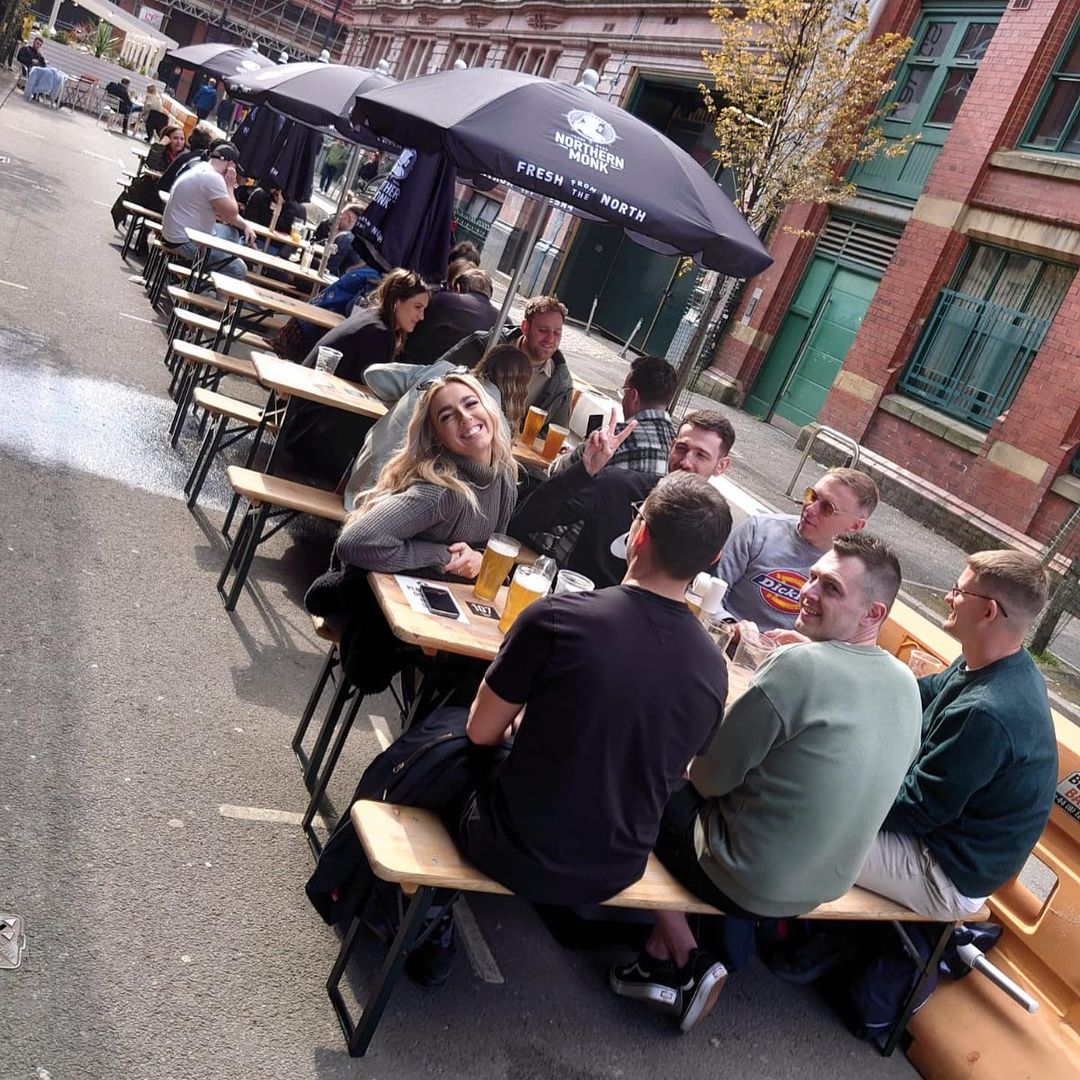 Northern Monk Refectory
Just a short way up from Beatnikz on Dale Street you’ll find the excellent Northern Monk Refectory – a boozer serving up an impressive choice of freshly brewed ales and beers. You can get yourself a pint of a rather impressive new beer from local artist LeiMai LeMaow, a collaboration with Mash Gang and one that tastes just like the fizzy sweets you ate as a kid. There’s loads more on offer too – all of which are perfect sat out front on the street with your mates. 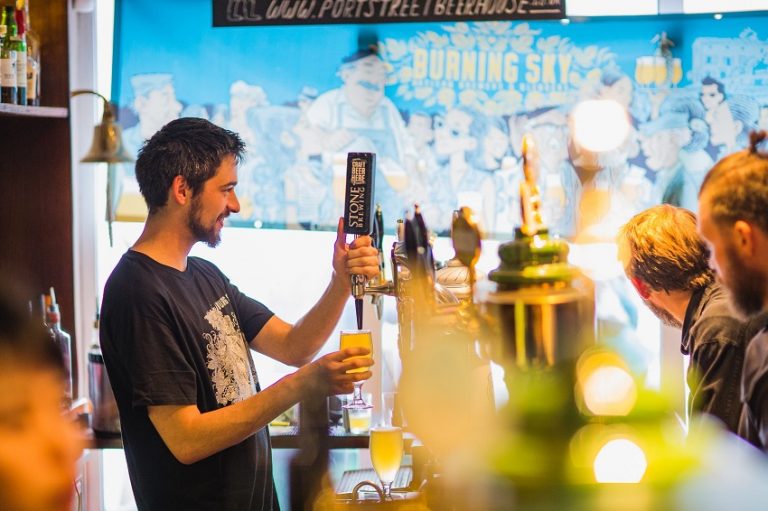 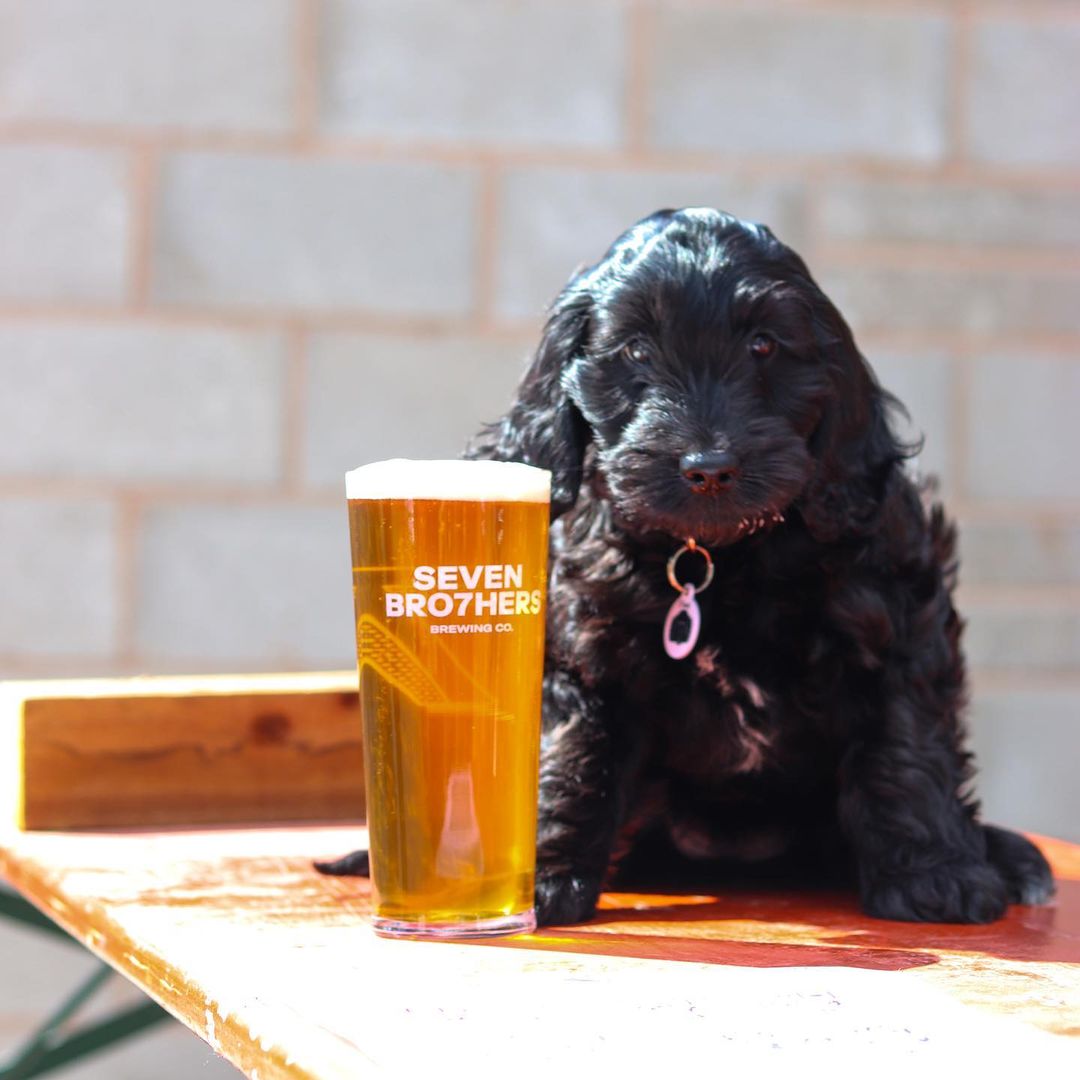 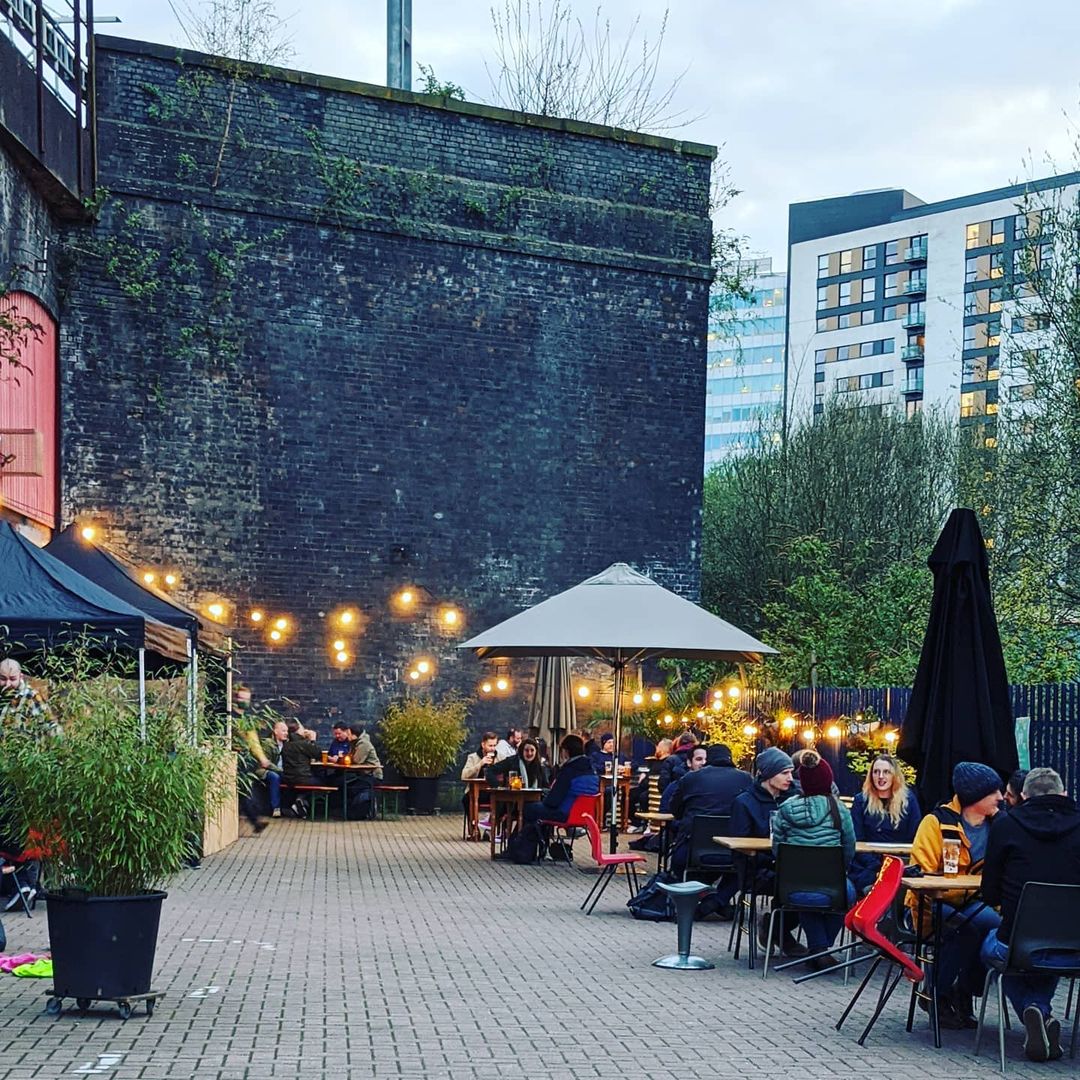 The Runaway Brewery
Right around the back of Angel Meadow, Runaway Brewery open up their tap room every Friday and Saturday for beers and a giggle – where you can tuck into some of their fantastic tilts straight from the source. I’m a big fan of their American Brown Ale but they also do a cracking range of IPAs and Pale Ales. They’ve got together with Honest Crust Pizza – so you can enjoy cheesy carbs with your pint of carbs out in the sun/drizzle. Booking is recommended although they do accept walk-ins. 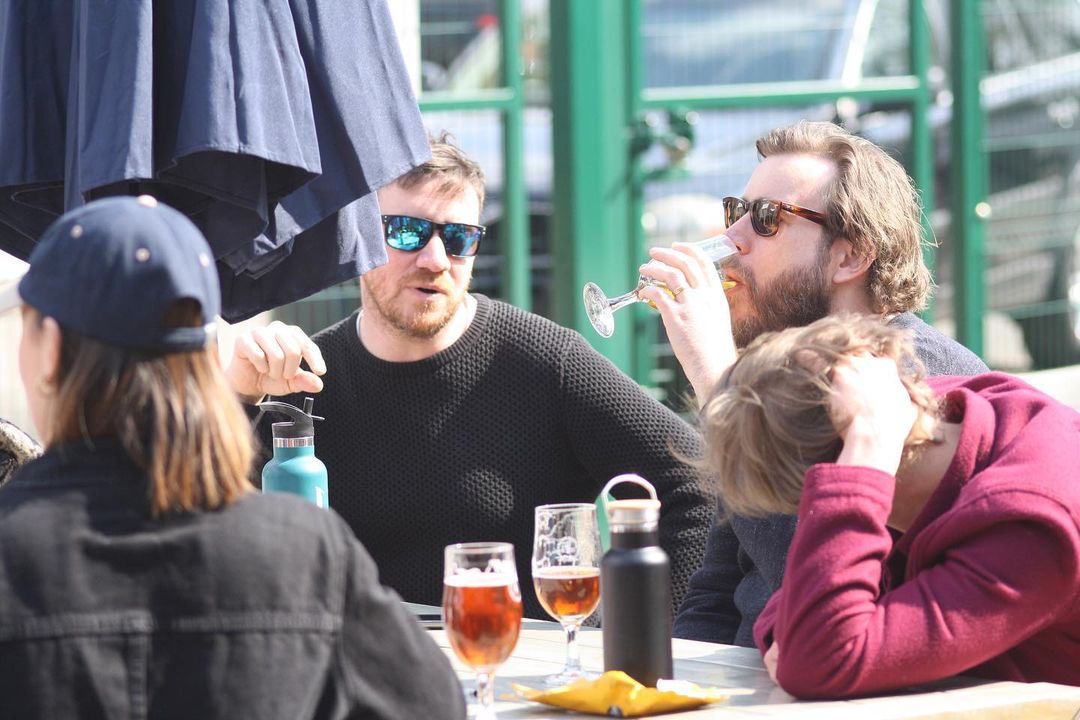 The Marble Arch
Unfortunately the brilliant Marble Arch won’t be opening until 17th May, but if you do want to visit the actual Marble Beers, get on the tram to Salford Quays and enjoy their stunning terrace complete with a brand new pizza oven.