The best places to spend a sunny day with some mates and something cold and fizzy.

Now that the clocks have gone back the city is officially lighter, warmer and just a generally much, much nicer place to be. Gone are the dark, cold winter months – roll on the sunshine, the cider and of course – the sun cream.

There’s LOADS of beer gardens around the city and we’ve previously listed our favourite HIDDEN ones and even the best ROOFTOP ones. Well, here are some more…

Dukes 92
The second the sun peeks out from behind a particularly large cumulonimbus, this HUGE terrace gets packed with a crowd that can only really be described as ‘attractive’. The sun heralds a day of excessive Prosecco, loads of Balearic tunes, six packs, BBQ’ed meats and the kind of antics that would leave most people in bed for 5.30pm. Dukes also has the added benefit of being located in Castlefield, pretty much the centre of large outdoor beer gardens in the city – so if Dukes is busy – there’s plenty more places to choose from.

Crazy Pedro’s Bridge Street
This is quite possibly my most favourite beer garden in the whole city. Not only does it benefit from the sun for pretty much the whole day, but you can drink margaritas and eat slices of pizza all bloody day and right into the night (and even until 4am if you can hack it). The only thing that is missing is a paddling pool – I’ll submit my recommendation to the staff as soon as possible.

Flok
Even when the sun comes out for a measly 5 minutes on a Tuesday afternoon, Flok’s outdoor terrace gets busy. It’s as if people can smell the vitamin D from a mile off, and if you’re anywhere near Stevenson Square – there’s no better spot than the corner that Flok is on. Not only is it a brilliant place to watch all of the NQ’s weirdos go about their business, there’s loads of standing space so it gets pretty rowdy and a lot of fun.

Sunset by Australasia
Another jewel in the Spinningfields crown, Sunset round the back of Australasia knows exactly what it wants to do and does it really, really well. Expect to find plenty of plush furnishings, some fantastic sushi dishes and enough fizzy cocktails to make even the most alcoholic Cheshire housewife happy. Sitting in here you feel like you’re in some far-flung country on your holiday, somewhere like Mikonos or Ibiza except without the easy access to a beach. Or the annoying plane trip.

Rain Bar
From the front, Rain Bar just looks like your bog-standard boozer but take a little trip round the back and you’re greeted with one of the city’s best sun traps and the perfect place to enjoy an afternoon in the sun with your mates. A multi-levelled marvel that goes right down to the canal side, there’s always somewhere to sit here and you’re guaranteed to be in the sun for at least 5 hours a day – even in the winter.

The Oast House
A colossal beer garden right outside the entrance to the Crown Courts, you can drink cocktails and eat kebabs in the sun while watching Kevin Webster talk to North West Tonight about being found ‘not guilty’. This place is one of the city’s best sun traps, and most people in the city know it – so with a tiny bit of sun you should expect some big crowds. It can be a bit of a nightmare at the bar when it’s really busy so instead of buying one pint at a time, just order bottles of wine instead.

Atlas
Not only do Atlas Bar have the outdoor terrace game pretty much sewn up, they also serve a whopping selection of over 300 gins – which when paired with tonic, ice and citrus fruit becomes the most perfect hot weather drink ever invented. The outdoor space gets sun pretty much all day, it’s massive and there’s always a friendly crowd in there. Pretty much perfect really.

The Briton’s Protection
A proper boozer which specialises in whiskey, The Briton’s Protection serve over 300 different types of the stuff, from bottles that you’d find in a homeless fella’s hand right up to really expensive tipples that even Richard Branson would think twice about buying. Head round the back too and you’ll find a brilliant little courtyard which is always lively and seemingly always sunny.

The Wharf
Even though it looks like a miniature stately home from Brideshead Revisited, The Wharf is in fact a bustling pub that is pretty much heaving all year round. In the winter people flock to their doors to eat meat and gravy next to a fire with their dog while in the summer they descend upon the HUGE beer garden out front to frolic in the sun and drink too much Somerset cider. Just don’t get too hot and try to jump in either the small fountain or the canal. Both are frowned upon I’m afraid.

Sinclair’s Oyster Bar
The city’s classic beer garden and the one which most people getting off the train at Victoria will head straight for. Not actually just Sinclair’s but also the neighbouring Wellington, this beer garden is gigantic and whenever the sun comes out it gets seriously packed with people. It’s also worth noting that the booze in Sinclair’s is impressively cheap – so you can enjoy endless drinks in the sun without worrying about Natwest putting you in a bad mood come Monday morning. 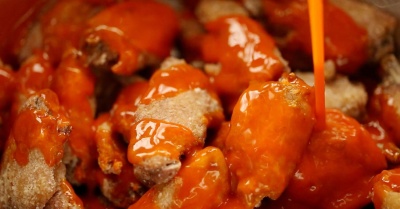 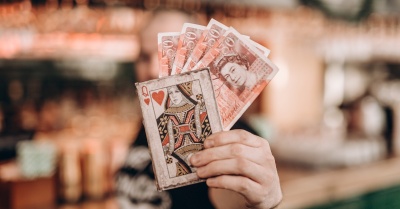 The Manchester restaurant giving away REAL CASH to diners this January 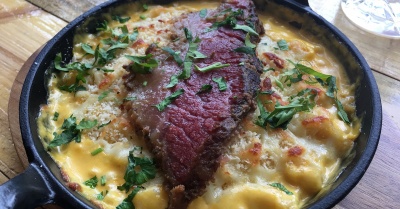