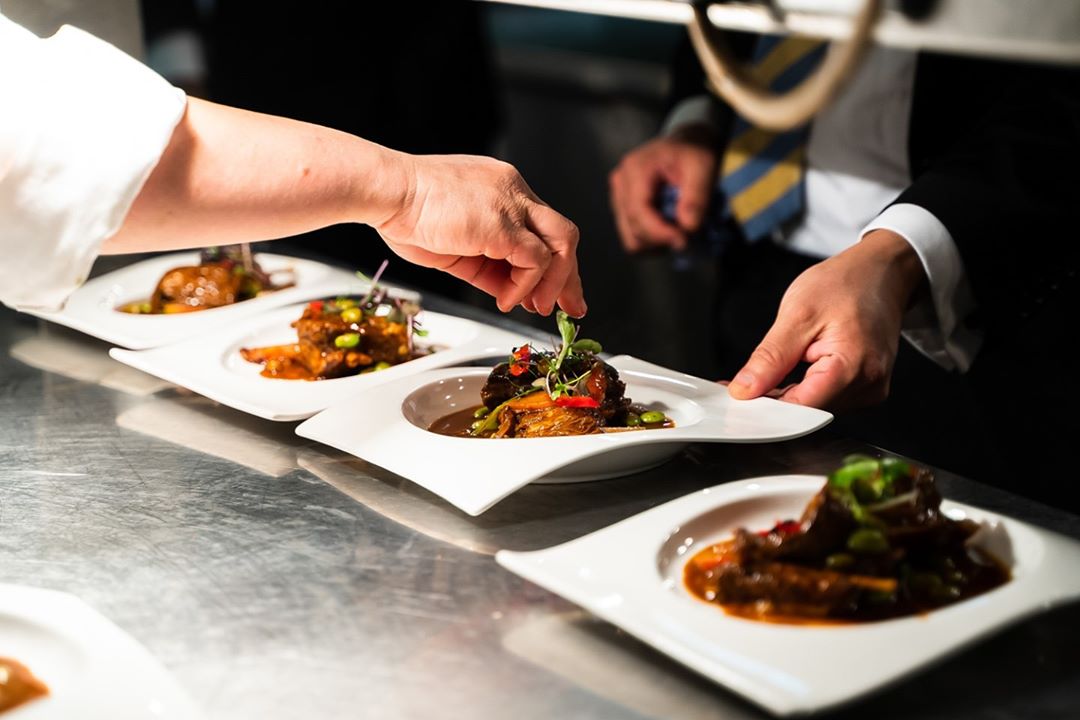 This week sees the launch of Vermilion’s brand-new food concept, masterminded by consultant chef Bobby Retnakumar Geetha – the only South Indian chef to make the final 10 in BBC’s Masterchef: The Professionals.

The project – ‘Vermilion: Awakened‘ is set to marry cutting edge techniques and authentic spicing with an astonishing new 20 dish menu. After many years overseeing the upmarket Asha’s restaurant empire across the Middle East and Europe – Bobby has created a rich melting pot of culinary inspirations far beyond his Keralan roots. 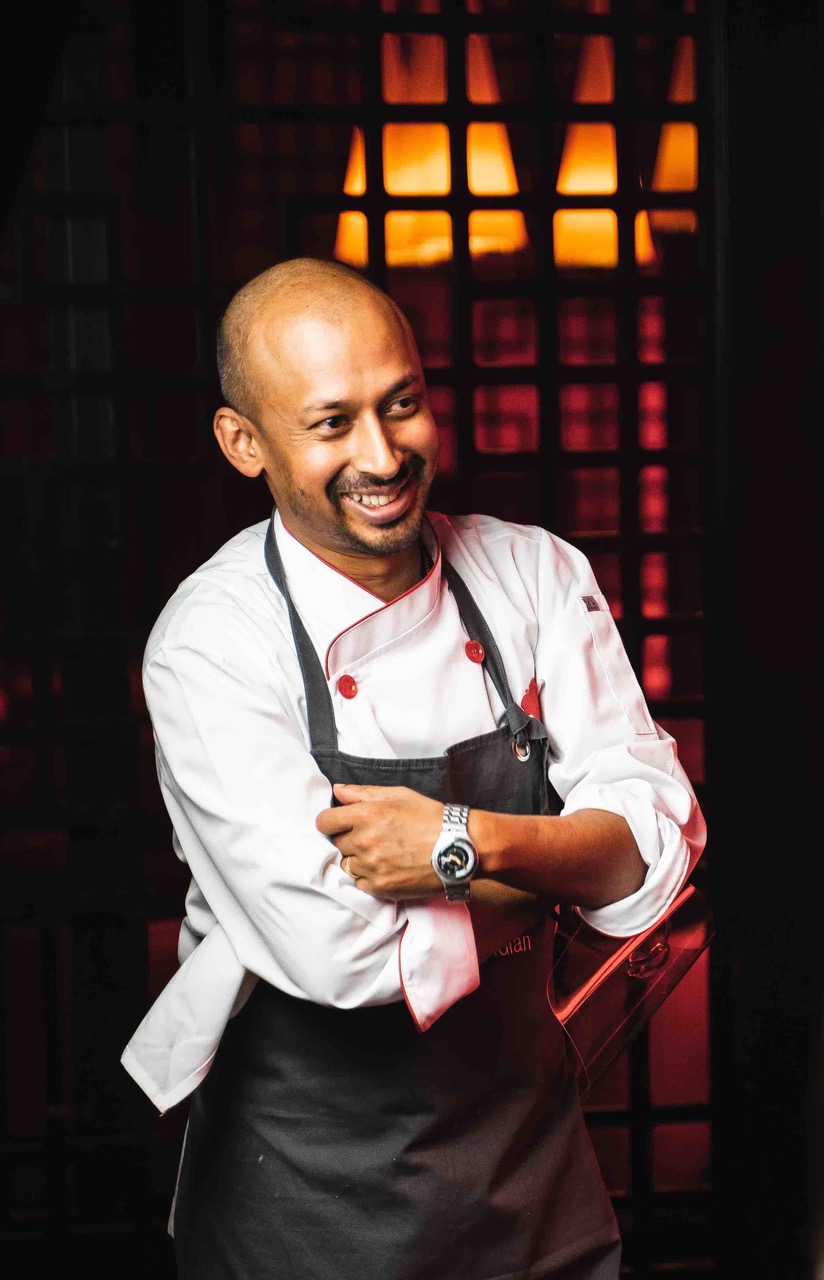 Pairing this knowledge with a determination to use the finest UK regional ingredients, the new menu features a range of dishes from small plates to mains and tempting desserts – all firmly set under the concept of “progressive Indian cuisine”

As we sat down to sample the new menu last week, there were some truly stand-out offerings that we’d certainly never seen on an Indian menu before. One such dish was the Black Bomb Samosa – an edible charcoal pastry filled with Shorrocks Lancashire Black Bomb cheese, edamame beans and a spicy sweetcorn filling. It was a samosa but unlike anything you’ve ever seen or tasted before. 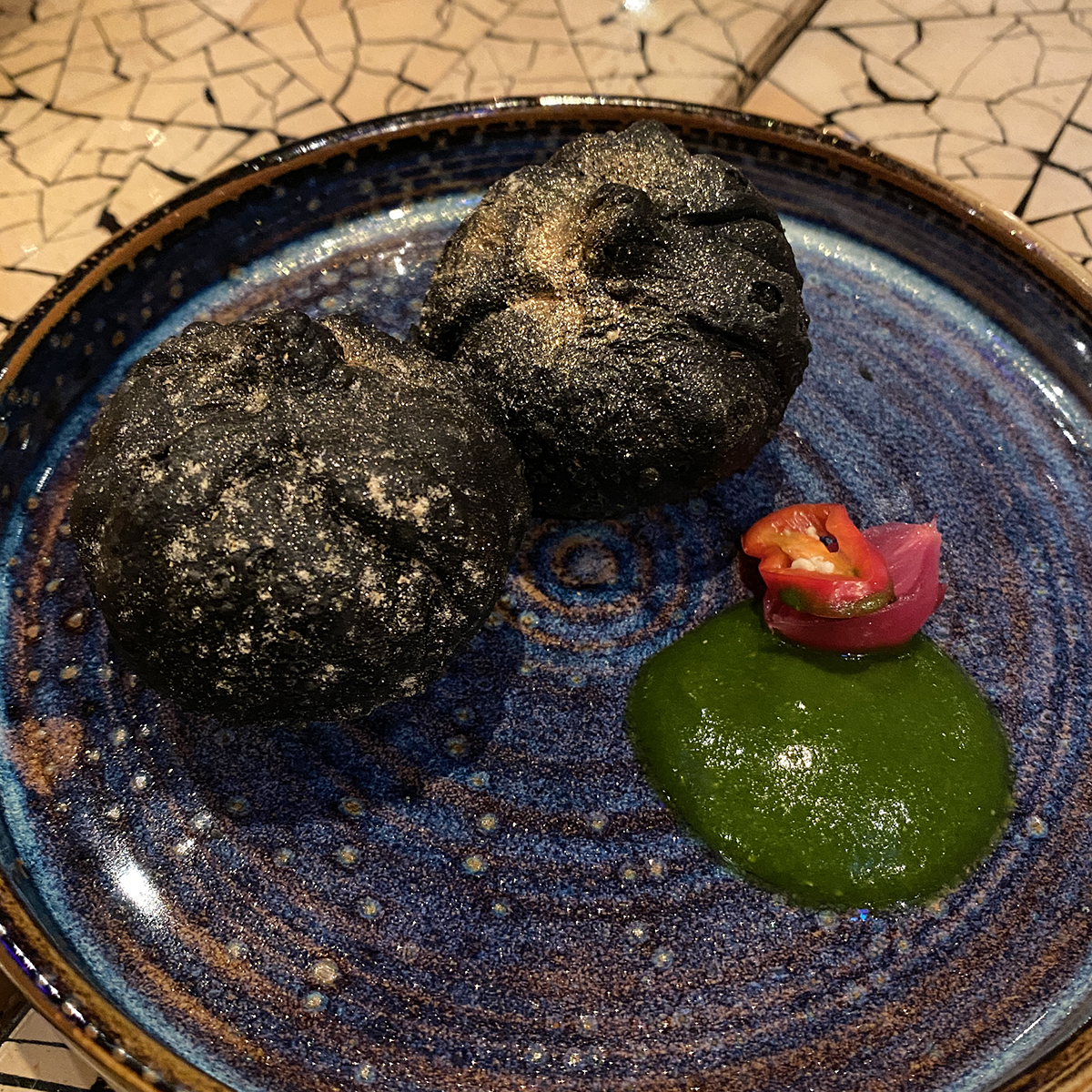 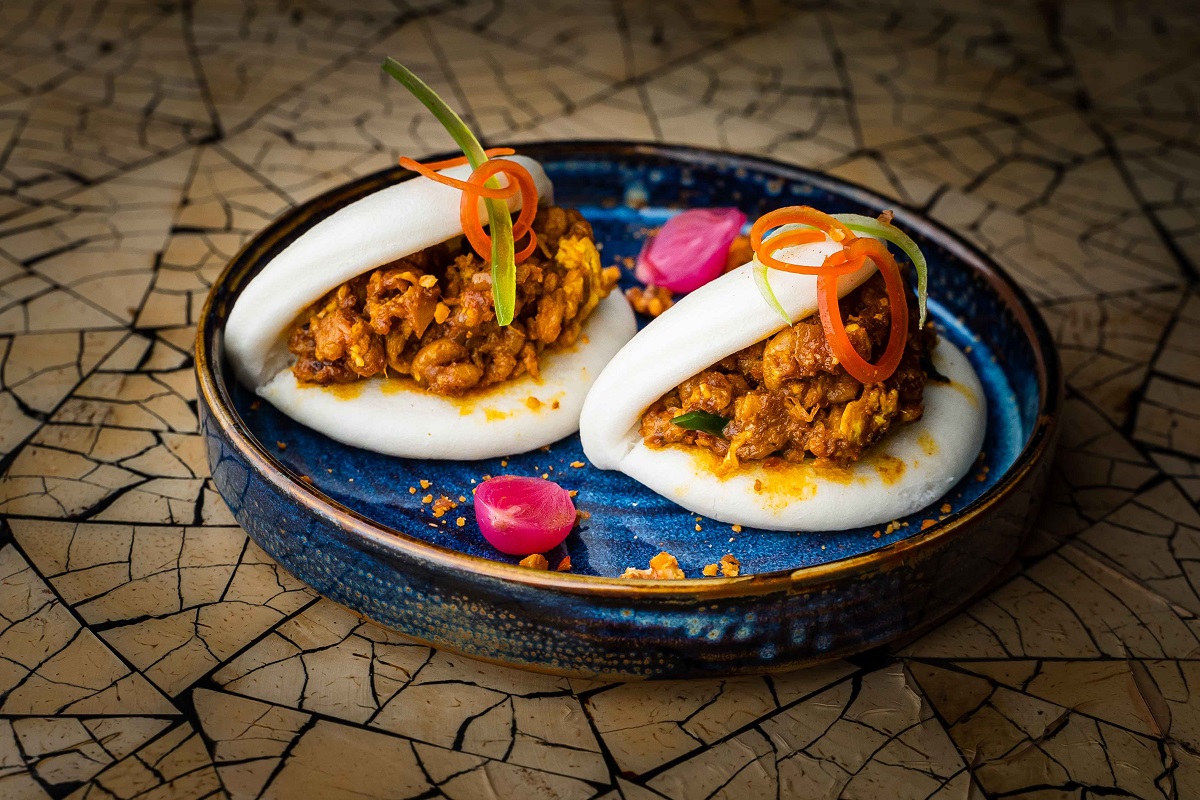 Similairy there was the Cornish Shrimp & Duck Egg Bao, a fusion of Asian and Indian flavours with a classic Mumbai Parsi egg dish, cooked with Cornish brown shrimp and served in a soft bao bun.

The crown for personal favourite goes to the Crispy Butter Chicken Tikka Kofta, a crispy panko coated bonbon with butter chicken and cheddar which reminds of an Indian croquette, resting on a fantastic tumeric tempered mayonnaise. 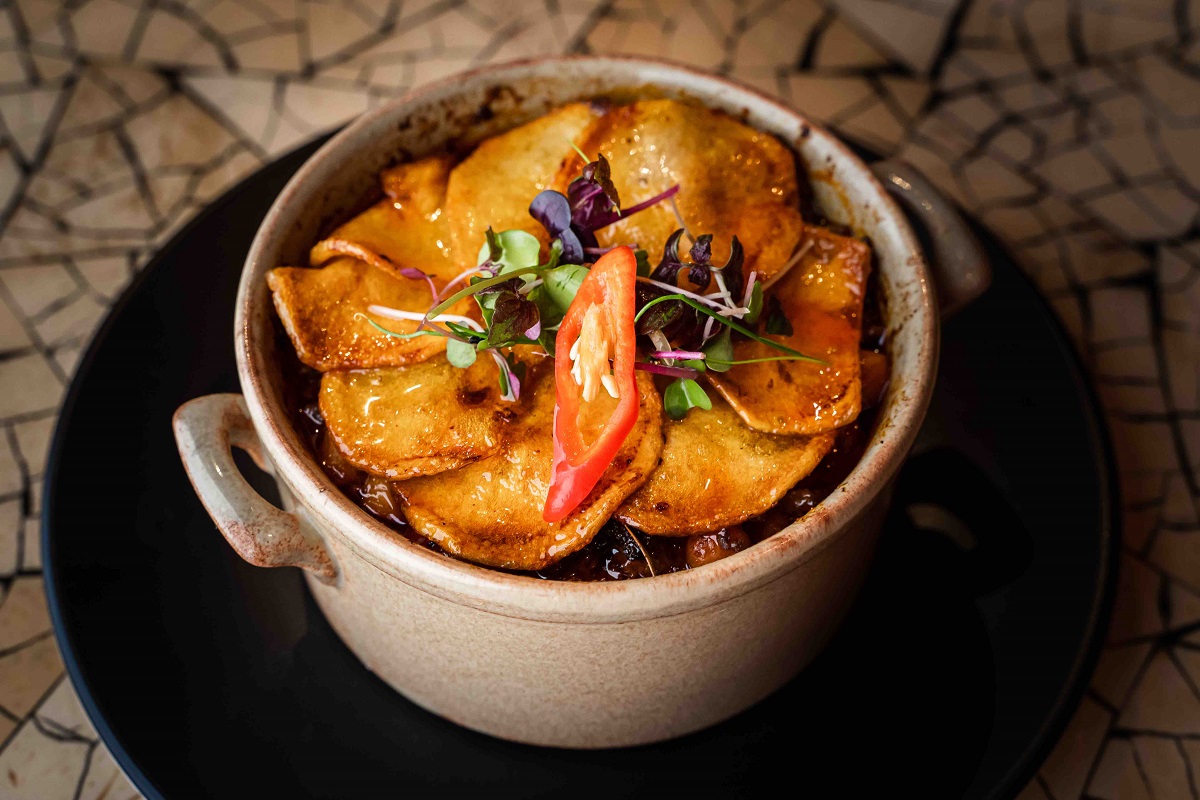 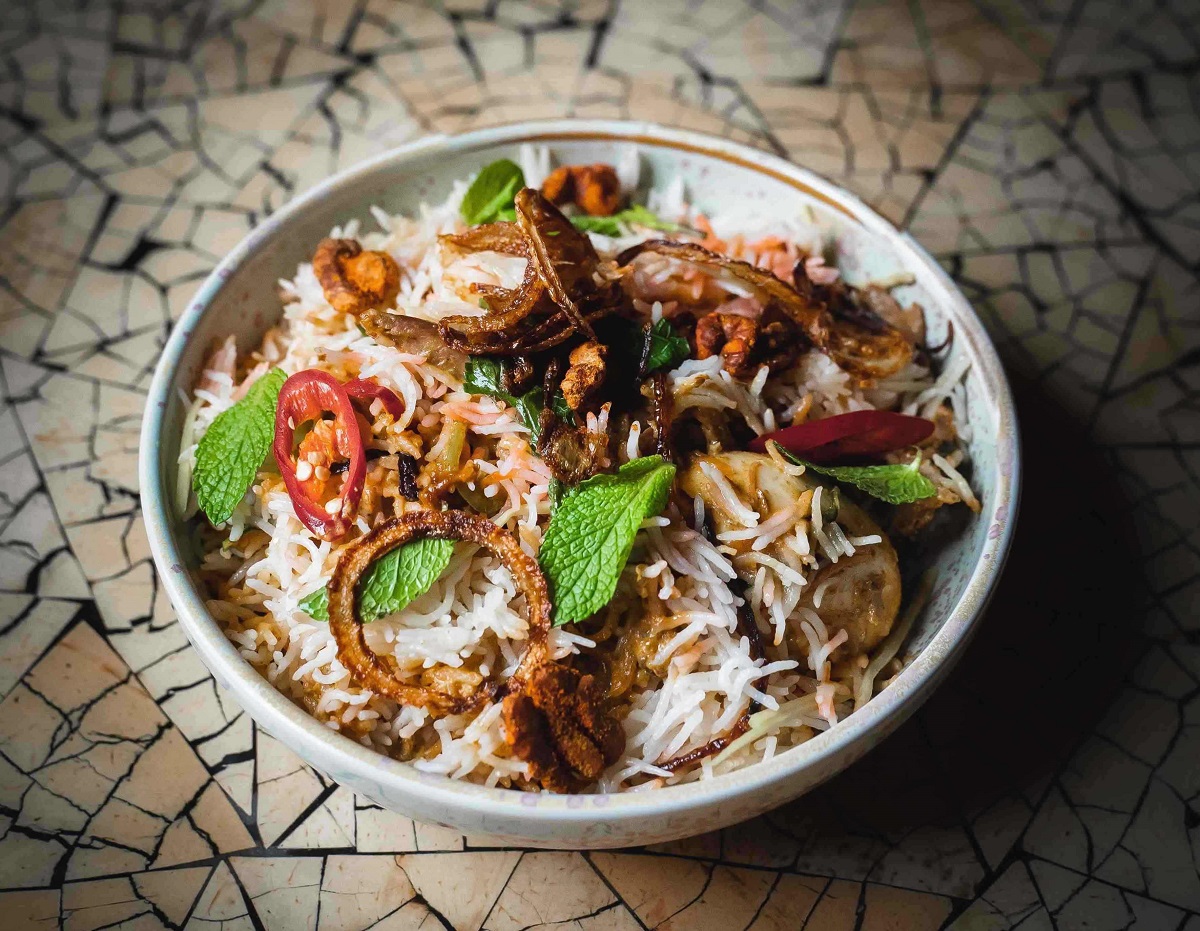 Elsewhere, the Pulled Duck Biriyani includes confit of duck leg which has been cured in duck fat according to French tradition but that is as Gallic as it gets with Bobby finishing it in a coconut-rich South Indian korma sauce. 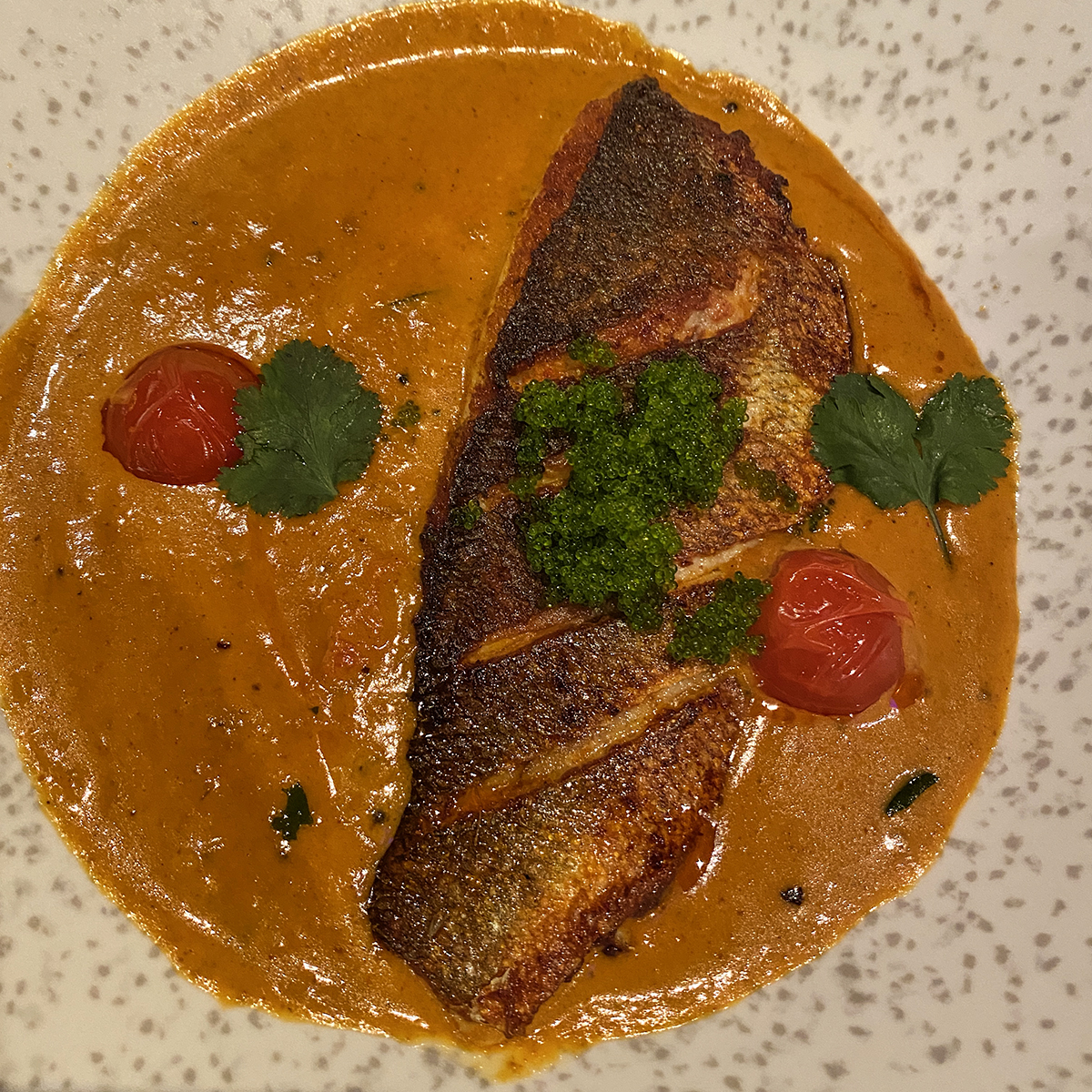 There are surprises throughout the new menu, in every dish and inside every bite, and it results in a menu that’s truly daring, adventurous and fun, and well worth the short trip up Oldham Road to discover. 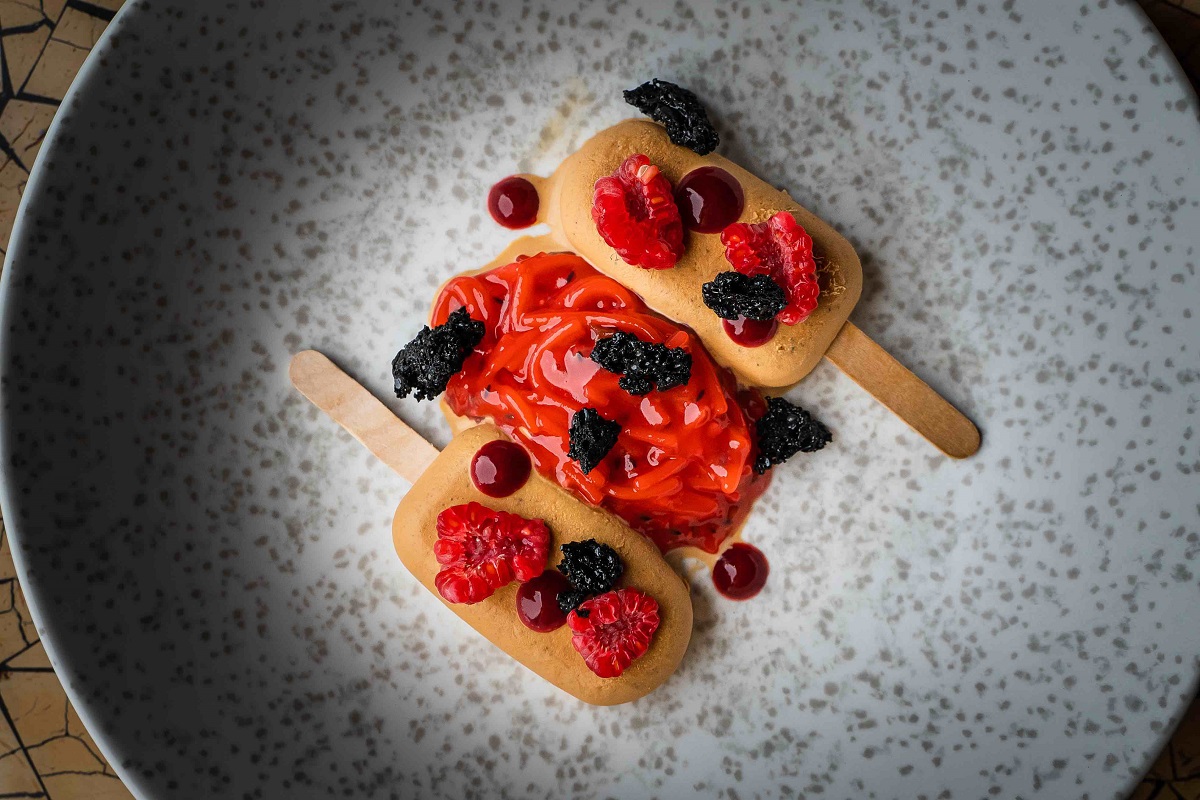 All finished off with a Masala Chai Kulfi (with falooda)

The restaurant complex, six minutes by taxi from Piccadilly Station and boasting a 300-capacity car park, is also home to a 1,500 capacity banqueting operation geared towards weddings, gala dinners and conferences but with facilities and flexibility to cater for almost any occasion, either in the Grand Suite, the smaller Alan Turing Suite or a combination of the two. A beautiful bar lounge and en-suite bridal room/green room completes the package.

The restaurant is now open 4pm-10pm every day.

The Best Tiki Happy Hour where you can get Cocktails for £1!