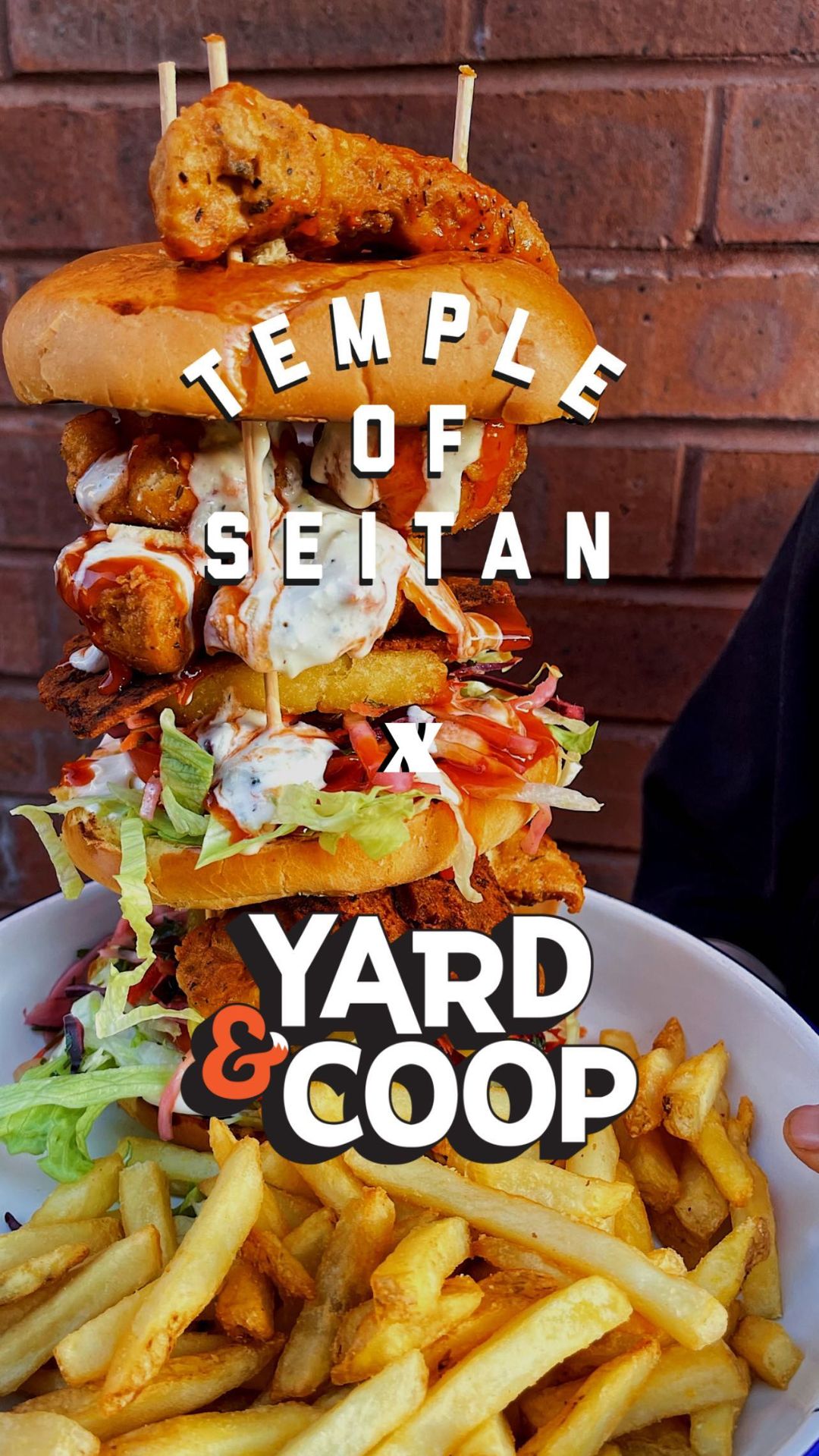 Yard & Coop have, rightly so, been at the forefront of Manchester’s fried chicken game for a long time now.

The restaurant opened back in 2015 and has provided carnivores with succulent, well seasoned buttermilk chicken ever since, but if you’re a non-meat eater your menu options were pretty limited…until now. 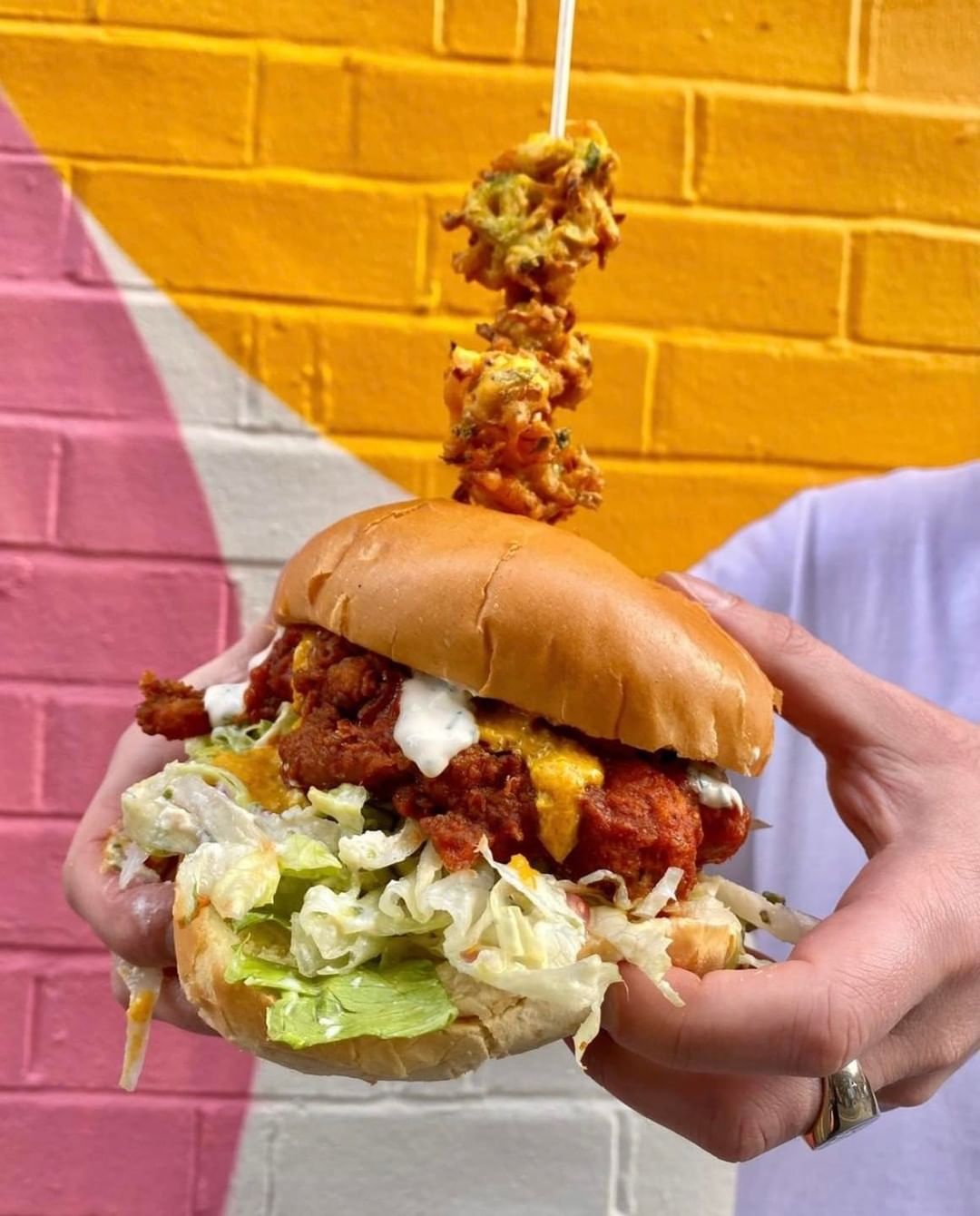 Yard & Coop have teamed up with their brilliant pals at Temple of Seitan, London’s finest crafters of fake meat to bring exclusive dishes this veganuary.

Temple of Seitan began back in 2015, when owner, Rebbeca McGuiness started experimenting in her kitchen with flavours and textures she missed from before she made the vegan jump. 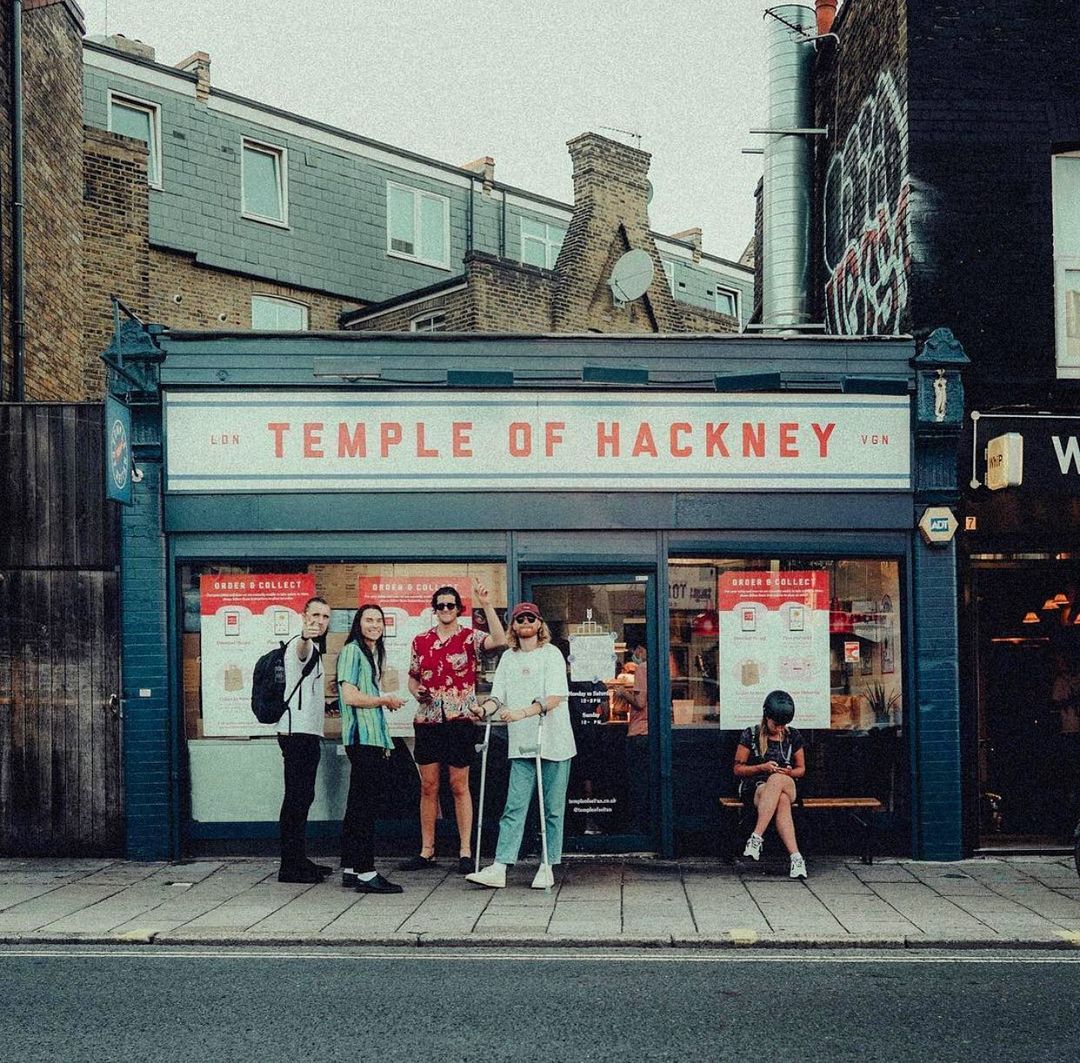 She then debuted her creations at foodie markets and events across London, and, in 2017 Temple of Seitan opened its very first vegan fried chicken restaurant in Hackney.

Rebecca’s ‘chick’n’ was a massive hit with vegan and non-vegans alike around London, and the restaurant quickly expanded to the quirky markets of Camden, even taking to the skies to provide meat-free delights to the people of Los Angele’s Eat Drink Vegan Festival. 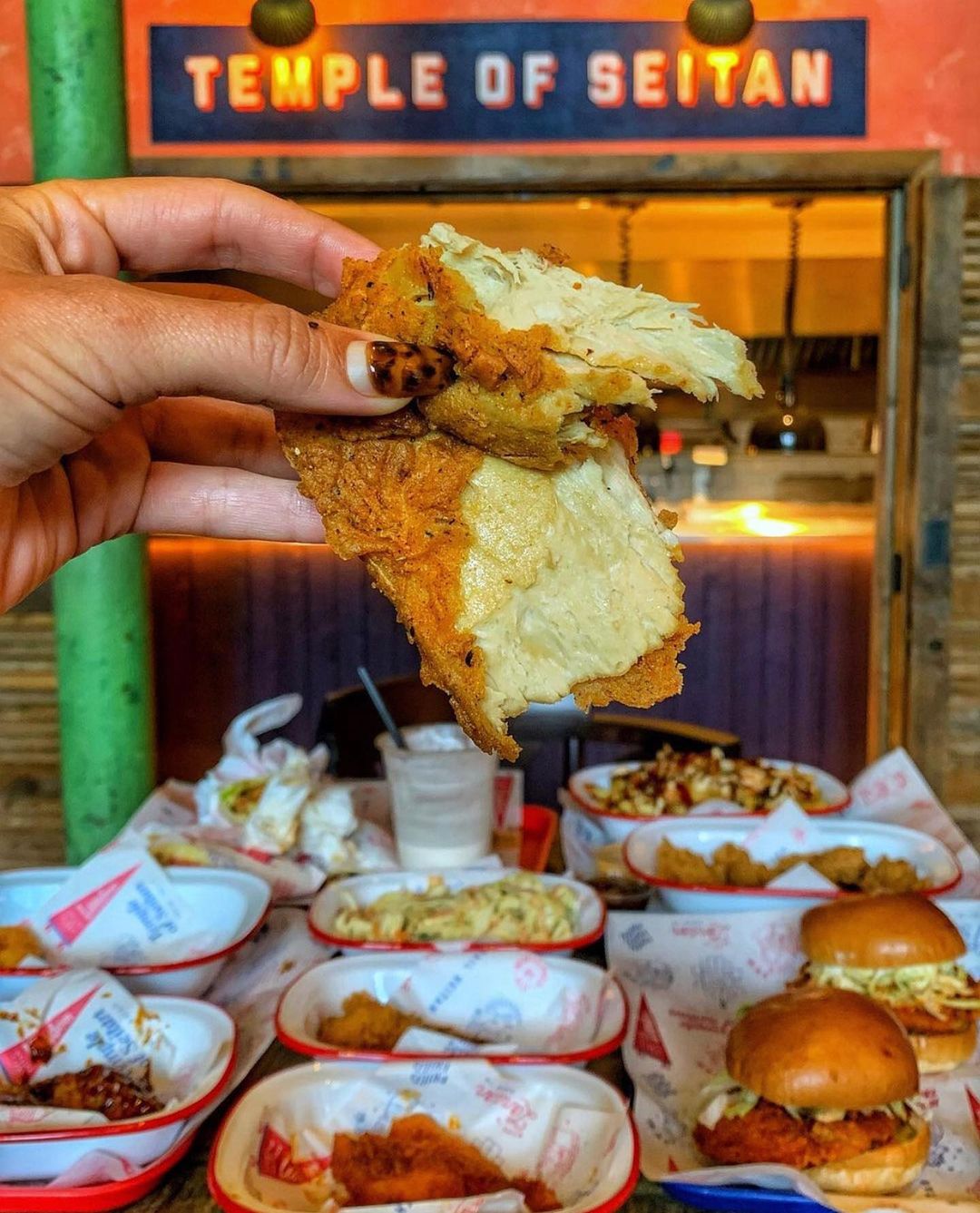 In 2022, Temple of Seitan serves from delivery, takeaway and restaurant locations in Camden, Hackney, Hammersmith, Brixton, Kings Cross, Waterloo and Wood Green, and is looking to expand across the UK very soon!

But, for now, you can enjoy their uniquely crafted dishes right here in Manchester at Yard and Coop until the 6th February. 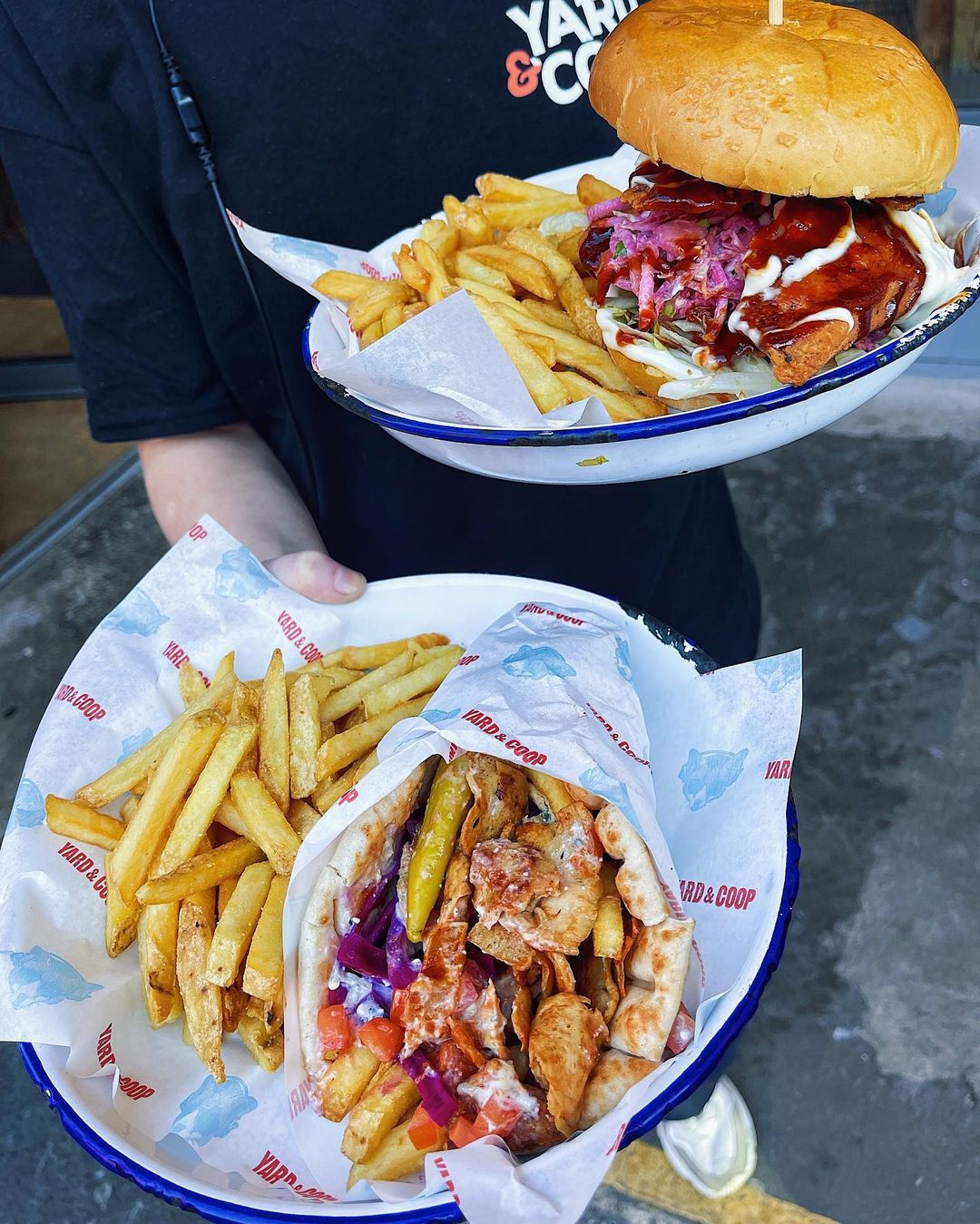 Next on the menu is Karen’s Doing Veganuary, highlighting the fact that diets are changing and she is, too. She’s embraced Temple of Seitan’s tenders, slapped on some crispy bacon, street slaw, lettuce, tomato, BBQ sauce and amazing vegan mayo, this again is accompanied by a portion of fries. 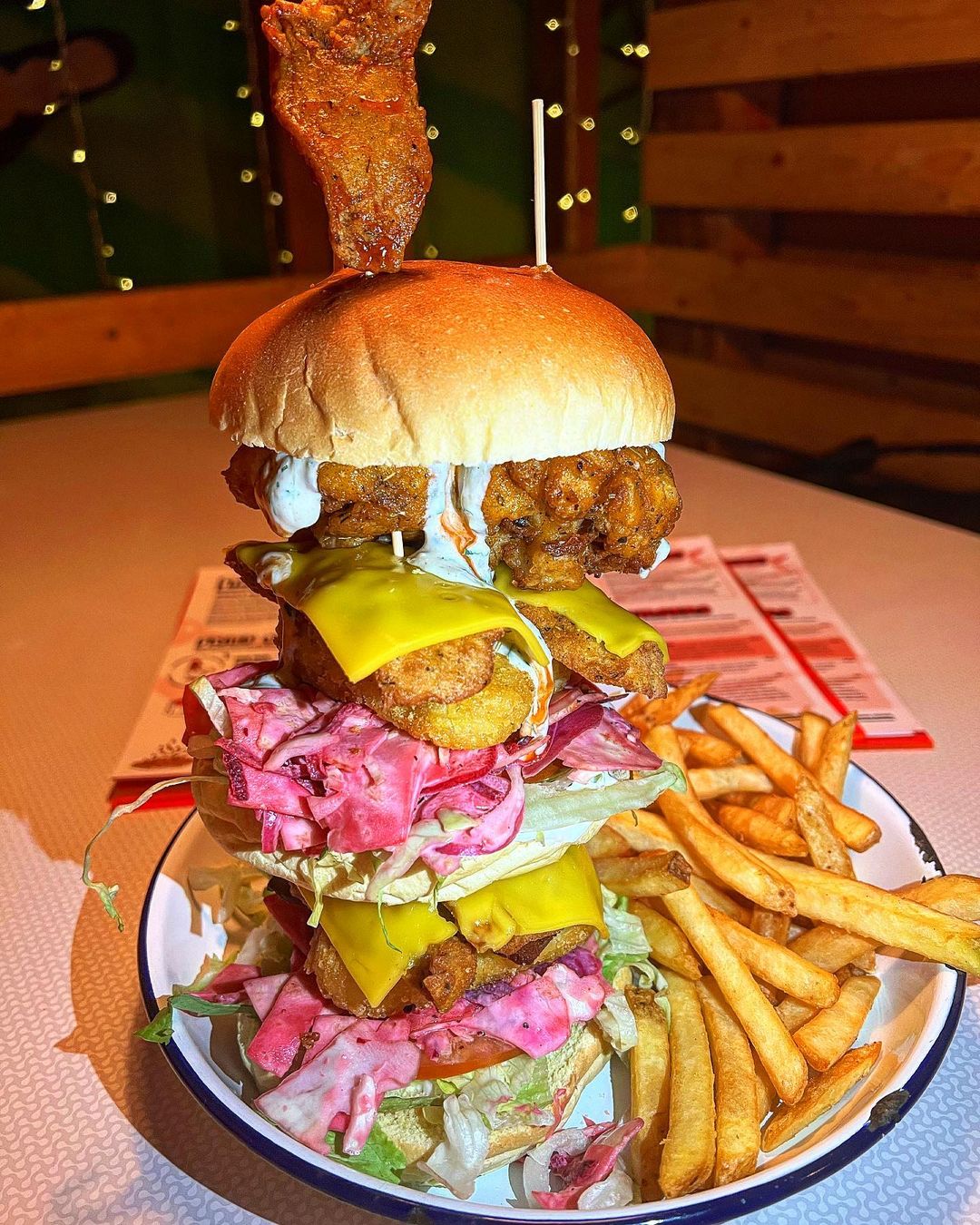 Finally, the VERY cheeky Massive Vegan Cock will also make its debut at Yard & Coop. This dish consists of over 12” of vegan goodness, piled high with double stacked Temple of Seitan tenders, 2 hash browns, salt and pepper cauliflower, street slaw, AND, if that’s not enough there’s bacon, cheese slices, lashings of chilli and mint yoghurt, chopped iceberg, sliced tomato, gherkins and red onion, all topped with a seitan wing and crammed into a vegan brioche bun with loads of fries.

So, if you’ve ditched the meat for January or have already been a fully-fledged vegan for years, Yard & Coop’s collab with Temple of Seitan is not one to be missed!

The exclusive vegan delights are only sticking around until the 6th February, so get yourself booked in ASAP via the link below.