They lost out to a 'technicality' last year - so they're set to make it even bigger and better in 2020.

However, due to a slight ‘technicality’ (a DJ played two songs) – Guinness deemed the world record invalid – which can only mean one thing… time to try it again!

Saturday 4th April 2020 will see the city re-attempt the gargantuan effort, with 200 DJs lining up, from budding up-and-coming artists to local heroes and international headliners, to smash the record all over again.

The brainchild of promoter Daniel Williams, the attempt will look to raise funds for the Greater Manchester homelessness charity The Mustard Tree.

Although the organisers are keeping tight lipped on the full line up for the day, surprises are promised throughout proceedings, including a pop-up record shop, discounted food and a selection of iconic Manchester DJ’s playing sets throughout the day.

Confirmed to play a tune at the record attempt itself so far are Prosumer, Manchester’s very own DJ Paulette and Warehouse Project head honcho and nighttime economy advisor Sacha Lord.

The proceedings will be opened by BBC 6 Music’s Mark Radcliffe and Paul Langley, who will be playing the first record of the day.

Once the record is completed at 10.00pm, the party will continue late into the night, when Sticky Heat team up with Sprechen to take over the basement as they bring legendary German DJ Prosumer to headline with support from Meat Free’s Lucy Ironmonger, Chris Massey and Marco Giannini.

If you’re a DJ and you want to get involved in the action, head on over to the event page below and register your details. 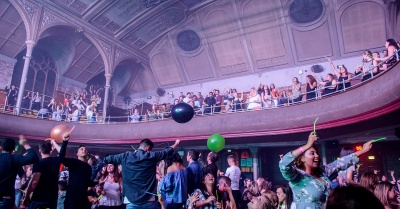 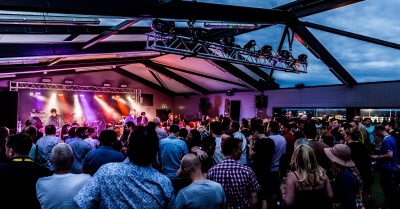 A Night of Jazz, 9 Stories up in the Sky