Also including Ab-STAIN at Antwerp Mansion, The Libertines at Castlefield Bowl and the opening of The Flat Baker in Ancoats… 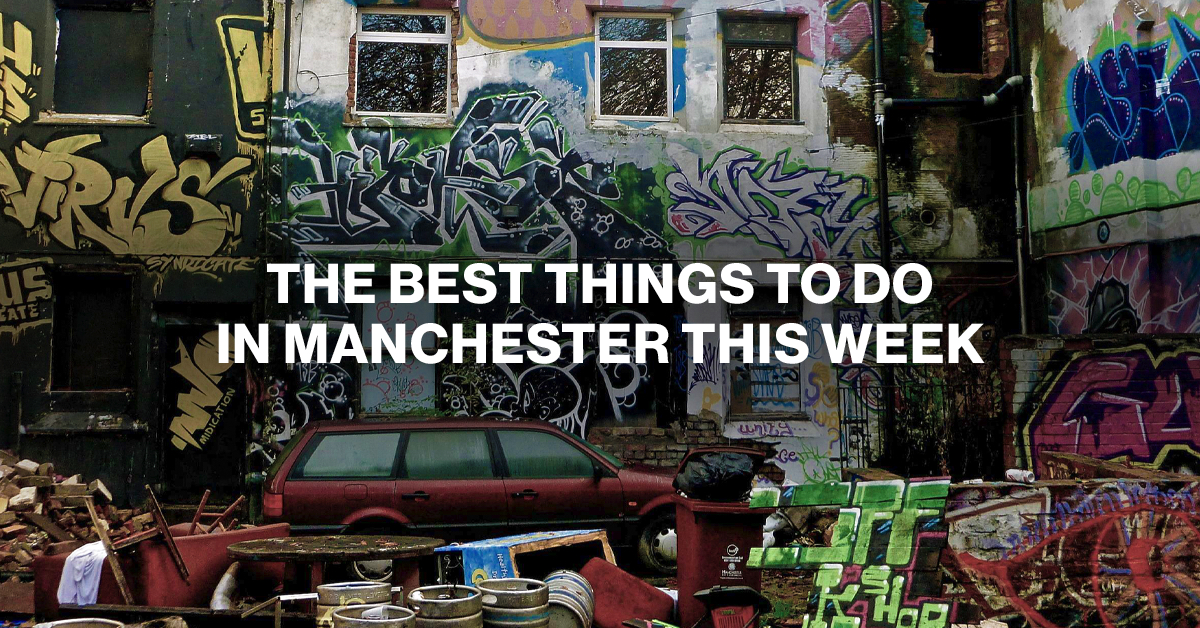 As many of us wallow in the post-Glastonbury blues, even if you were just sitting watching it at home from a pop-up tent in the living room – filling a new week seems humanly impossible at the minute. But, lucky for you, you live in Manchester and there’s loads of mint stuff going on to distract you from your seemingly unshakable hangover and craving for another warm tinnie.

From art exhibitions to an exclusive supper club, this week also sees Sister Act take to the stage at the Palace Theatre and the start of the coveted Sounds Of The Other City gigs at Castlefield Bowl. This year Foals, The Libertines, Sam Fender, Lewis Capaldi and Primal Scream will headline the week-long celebration in the heart of the city, so we’re hoping some sunshine will follow, too! We almost forgot we were in Manchester for a minute…

Starting off this Thursday, West Art Collective are hosting another exhibition at their Antwerp Mansion home. Ab-STAIN is a queer, sex-positive exhibition featuring art, talks from sexual health charities, spoken word, live music, free HIV and STI checks and a print fair. West Art Collective are most known for their staple art and music events that stand for an imperfect approach, embodied through their art pieces and curational process. It’s also bring your own booze – so there’s really no excuse to miss this one.

Across on the other side of town, GRUB is hosting its Grubby Book Clubby on the same evening, a wonderful community gathering of book worms that delve into their favourite reads. This month’s book is Taylor Jenkins Read’s ‘Malibu Rising’, a novel which explores the life of Nina Riva and an unforgettable night for her family. Tickets are free and there’ll also be food available from GRUB’s midweek traders, too. 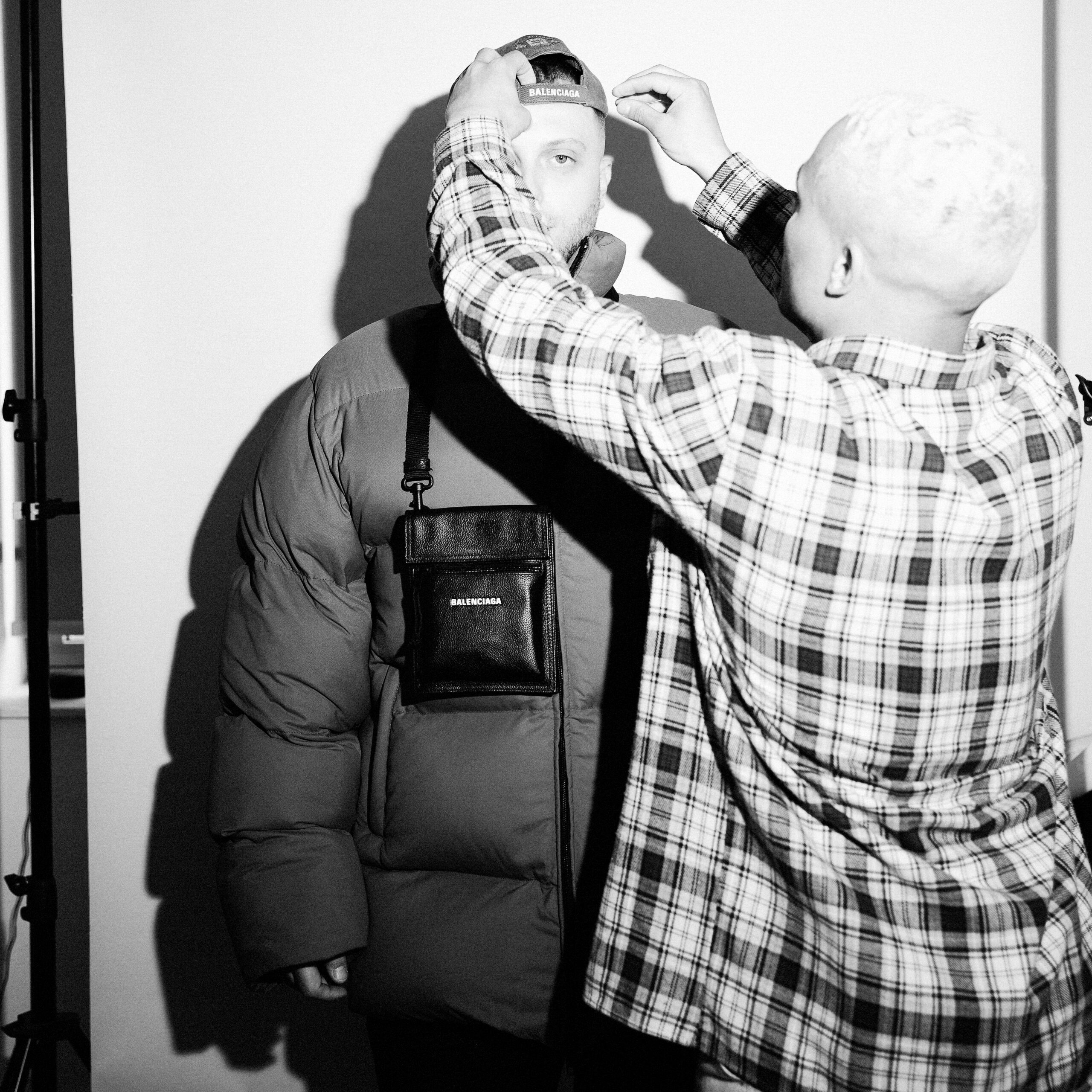 On Friday there’s a two-day exhibition launching in Native’s atrium space called ‘HEADS’ celebrating 30 renowned creatives that call our city home. Complimentary light bites and cookies will be provided by Bread Flower & Gooey. The project will also be put into glossy magazine format profiling the practitioners exhibited, and will go on sale at UNITOM and Village Books.

Amazônia is still on at The Science and Industry Museum if you haven’t caught it yet. The award-winning Brazilian photographer, Sebastião Salgado has socially documented the extremities of life for over 40 years, and Amazônia is another breathtaking portrayal of existence as we could in no way picture it. Read our review here.

Greater Manchester Fringe festival also begins at the end this week with an amazing start to its month-long programme. Pill, A play addressing the taboo surrounding the contraceptive pill is at Salford Arts Theatre, The Day the World Came to Huddersfield will debut at The Kings Arms and bringing you an evening of experimental, and sometimes dissonant music this Saturday is Deskjockey Records.

Double Edinburgh Comedy Award-nominee comedian, Larry Dean is at The Lowry this Thursday. Known for his ‘confessional storytelling at its funniest’ the Scottish stand up comedian was named Scottish Comedian of the Year in both 2015 and 2018, garnering him a high profile as one of the finest comedians to come out of the Highlands.

Another event for your diary this week, Sister Act is finally at The Palace Theatre with the one and only Jennifer Saunders as Mother Superior! The play follows disco diva Deloris’ life as it takes a surprising turn when she witnesses a murder. Placed under protective custody she is hidden in the one place she shouldn’t be found – a convent! Encouraged to help the struggling choir, she helps her fellow sisters find their true voices as she unexpectedly rediscovers her own.

Another unmissable performance on Saturday this week is Manchester Vocal Ensemble at the People’s History Museum. Made up of some of Manchester’s most talented musicians with a rich and distinctive sound, the Manchester Vocal Ensemble create and perform unique and exciting contemporary a cappella arrangements. The vocal group focuses on pop genres including; the best in contemporary pop music, exciting new folk song arrangements, the world of film and musical theatre, as well as original compositions by UK songwriters. Tickets start from £7, and there’ll also be light refreshments available on the evening.

If any of these events have taken your fancy and you want to treat yourself to a hair cut in preparation, new Ancoats barber shop Vision Barbers is offering Manchester’s Finest readers half price off their very first hair cut for the next two weeks! Just quote ‘MCRFINEST’ in the booking notes when booking your appointment and you can get a wash, cut and finish for just £12.

A HUGE week for vegans this week, as Ciaooo Pizza has announced that Manchester’s very first Vegan Buratta is available right now at its city centre restaurant. The vegan burrata pizza’s dough is topped with a spicy tomato sauce, vegan nduja, olives, sun-dried tomatoes, crispy garlic and the vegan burrata. The burrata is incredible, it’s creamy, salty, and the texture is bang-on – get yourself booked in ASAP via the link below.

Another big event for foodies this Wednesday is the launch of Fat Pat’s Supper Club at Foundation on Lever Street. Expect huge sandwiches, sliders, mint music and speciality cocktails, alongside a brand-new Hot Honey Fried Chicken Slider! The monthly Foundation supper club will operate on a first come first serve basis only, so get down early if you want to sample some of Manchester’s tastiest sandwiches.

Alternative sandwich specialists, BAB have also launched a new menu featuring a variety of mezzes, main courses and kebabs. Highlights include the Salmon Kebab (£15), which comes with tikka masala sauce, samphire, spring onion and creamed spinach, as well as the Greek Style Tray Bake (£11) featuring courgette, peppers, onions, olives and artichoke with the option to add either chicken, halloumi or tenderstem broccoli.

Rounding off the food events this week is the opening of The Flat Baker’s brand-new bakery studio in Ancoats on Saturday. Set up by self-taught baker Matt and his partner Debs in their Ancoats flat, the artisan bakery has grown from a tiny kitchen to a wholesale supplier in the short time it has existed, and, now, they’re getting ready to open their very own customer facing space. Expect homemade Pastel De Natas, Cruffins, Boozy Brioche, Croissants, Sourdough Bread and the Flat Baker’s own range of juices, smoothies and coffee selections.

Matthew Halsall’s sound is rooted in Northern culture, but transcends genres such as jazz, electronica and even modern art and architecture, to create something uniquely his own. He’ll be at YES this Thursday to celebrate 2020’s Salute to the Sun, which was the musician’s first album since 2015 that explored themes of love, nature and playful musicianship.

Indie pioneers and self-proclaimed likely lads, The Libertines are at Castlefield Bowl this Friday. The quartet rose to fame in the early 00s with albums such as Up The Bracket and their 2004 self-titled record, The Libertines, carrying along a dedicated fandom of skinny jeaned, chelsea booted, booze guzzling youngsters. Now in their 40s, the band are still touring the albums which shaped a generation, and there’s still tickets available for their Manchester gig this week!

UK’s finest Cuban and Afrobeat collectives combine for a uniquely captivating blend of two of the world’s most timeless sounds this Wednesday at The Blues Kitchen!

Cubafrobeat is a groove train travelling between Havana, Cuba and Lagos, Nigeria. Fuelled by a UK sensibility and a selection of the top Cuban and Afrobeat specialists, this is a seamless fusion of heavy percussion, infectious rhythm and high-energy from both sides of the Atlantic.

A celebration of all things pop punk, Punk and Disorderly is back at The Deaf Institute this Friday, too! There’ll be music from the likes of Blink-182, Fall Out Boy, My Chemical Romance, Sum 41, Paramore, Panic At The Disco – so don your darkest eyeliner and re-pierce that lip – the emos are calling.

Get your Golden Ticket! Charlie and the Chocolate Factory – The Musical is coming to Manchester