From Manchester to: Cape Town

We lift the lid on South Africa's most stunning city— from township dining to street jazz, jarring arts and the great outdoors, all nestled beneath mighty Table Mountain.

Calendar Mexico’s jazz sax is perfectly suited to the searing heat of the day. Even in the shade of The Old Biscuit Mill, Cape Town temperatures don’t let up or encourage a brisk pace. Nor does this talented local busker’s intoxicating tones— hence his audience, despite the surrounding distractions.

A converted warehouse complex in the heart of South Africa’s coolest city, it’s run by the same minds behind Johannesburg’s also-excellent Neighbourgoods Market. From expansive food court to plethora of permanent boutiques selling everything from antiques to independent designer clothing, it’s a hive of activity and options. Nevertheless, it takes every ounce of self-control to drag myself away from the cocktail bar.

Then again, there are only so many mojitos you can legitimately nail before lunch. And in a city destination like this there’s scarcely enough time to see half the sights jostling for a spot on the ‘must do’ list. For example the The V&A Waterfront— a trophy piece of urban regeneration sitting just around the corner.

Here the biggest selling point, from a cultural perspective, is the imposing Zeitz MOCCA. Occupying an old silo facility, this contemporary art centre has understandably won a slew of awards for its architecture, design, and content.

Its basement levels offer a dizzying view up multiple levels to the glass roof. Films dealing with social paranoia, racial distrust and the destruction of natural habitats play out amid a labyrinth of corridors plucked straight from dystopian science fiction. And that’s just for starters.

Elsewhere, impossibly-lifelike portraiture and bloody sculptures depict the violence mankind seems to make huge efforts to wreak on itself. South Africa’s own turbulent past and uncertain future understandably play a huge role in the exhibits.

Thought-provoking and at times hard-hitting, the uncompromising and unapologetic works are so powerful they have even leaked next door, into the ultra-luxurious Silo Hotel.

Inside, opulent spaces are adorned with imagery of tribal debt collectors keeping their leashed hyenas at arms length. Eye-catching and ironic, given this address is home to the most expensive suite in South Africa and so most guests won’t have ever dealt with such snarling beasts or unforgiving creditors, nevertheless the juxtaposition is effective.

The rooftop pool and bar area offer a great chance to take in the epic landscape Cape Town is blessed with.

For the real deal, though, a ride on the cable cars to the top of Table Mountain is a must. At the summit the name makes sense; a pancake flat, near-lunar surface that’s home to abundant walking routes. When viewed from the base, cloud formations recall white linen tumbling down from the edges.

Similarly stunning views are found on a coastal drive that affords chance to stop at Boulders Beach— home to a colony of penguins that randomly arrived and then refused to leave— and the epic Cape Point.

Those furry black and white guys are cute, entertaining and less smelly than their reputation suggests, but the real highlight is standing at the cliff edge watching Indian and Atlantic oceans crash together while avoiding attacks from marauding baboons on Cape Point itself.

En route back to Cape Town take five— or 60— at Camps Bay for sunsets that make you wish someone was waiting for your proposal. The selection of watering holes over the road from the beach provide even more reasons to stay. Leaving around dusk also means arriving back in a city awash with lights, offering a different but no less quaffable view of the metropolis.

Naturally, given the country, there’s wine by the bucketload, and a warm welcome. I visit sweaty and still wearing shorts after a day out roaming, and an open-armed greeting awaits, along with champagne to celebrate the restaurant’s birthday.

Less formal, but just as delicious, Chef’s Warehouse Canteen sits on the hip Bree Street. Serving up contemporary tapas with a heavy leaning towards fruits of the sea. The brainchild of Liam Tomlin, it’s rightly regarded as one of the places to eat in Cape Town and South Africa on the whole.

For the best experience a roadside table is a must— how else are you supposed to soak up the atmosphere of a bustling metropole switching into party town evening mode?

Further from downtown, 4Roomed ekasi Culture & Food is another marvel, and for more reasons than the grub. Taking its name from the floor plan of basic housing, owner Abigail Mbala has a story to tell that’s just as inspired as the dishes plated up in the charming courtyard dining area.

Having grown up in the Khayelitsha township, leaving to pursue a career in dental technology, she returned in order to compete in South Africa’s Masterchef show.

Once the contest was over she set up a successful food truck in the area, eventually expanding to the current premises which were built by her husband. The business now employs others from this struggling neighbourhood, providing both vital wages and rigorous training in cookery and hospitality.

It’s now a favourite with politicians, celebrities and members of the general public alike, and prices are far lower than you find at central Cape Town’s trendy spots. Cuisine-wise, it’s all about township classics, like Shsisanyama (effectively a BBQ mixed grill), Butternut Pap and Chakalaka sauce. The Umleqwa, AKA ‘runaway chicken’, was a real standout, and not just because of the waiter’s joke about the foul trying to escape before winding up on our menu.

Raw bowls are also a must try, which do what they say on the label, and for a taste of the lot opt for the full five course tasting menu. Diners can also pay extra to leave positive and poignant messages on their crockery, which will then be used by future customers. Everyone has the chance to buy their own bowl after the meal, turning the plates into vessels of hope.

Like so much in Cape Town, there’s a sense of ultra-modern and ultra cool set against a backdrop that screams triumph over adversity. This, after all, is a city that’s home to the notorious Robben Island prison complex, a grotesque shadow of the apartheid era that divided the nation and subjugated the majority.

Yet walking the streets there’s a tangible air of optimism and jubilant energy. Unwilling to dwell on nightmares of the past, instead people and city alike seem intent on turning today’s dreams into reality.

Ethiopian Airlines fly four times per week from Manchester Airport to Addis Ababa and onto Cape Town with a modern fleet. Lead in return fares start at £448 economy and £2108 business class, inclusive of all taxes, bookable online at https://www.ethiopianairlines.com; telephone 01753 967 980 or via travel agencies. 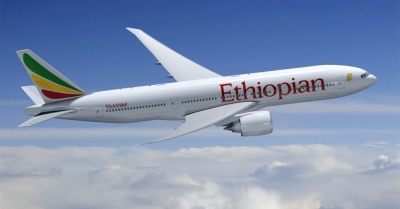