Walks Near Manchester: The Pots and Pans, Saddleworth

Take a stroll in the moors to this ancient and mystical attraction... 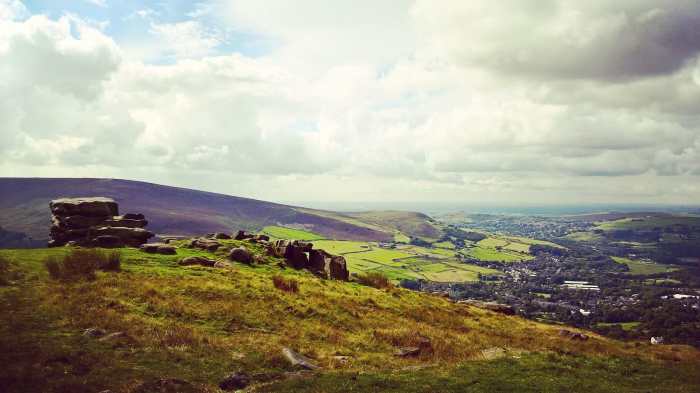 As a lad growing up on the cusp of the moors (but not actually in Saddleworth I must stress – we weren’t posh enough for that), I’d often hear adults referring to the ‘Pots and Pans‘ and always wondered what it was.

For a long time I just assumed that it was a load of rocks that were all piled up on each other like pots and pans in a kitchen waiting to be washed, well, I was wrong. But not TOO wrong.

‘Pots and Pans’ is actually the name of a large stone that sits on the summit of Aldermans Hill overlooking Uppermill, a stone that gets it unusual name from the series of large indentations on top of it – which look like basins, or indeed, pots and pans on a kitchen surface. 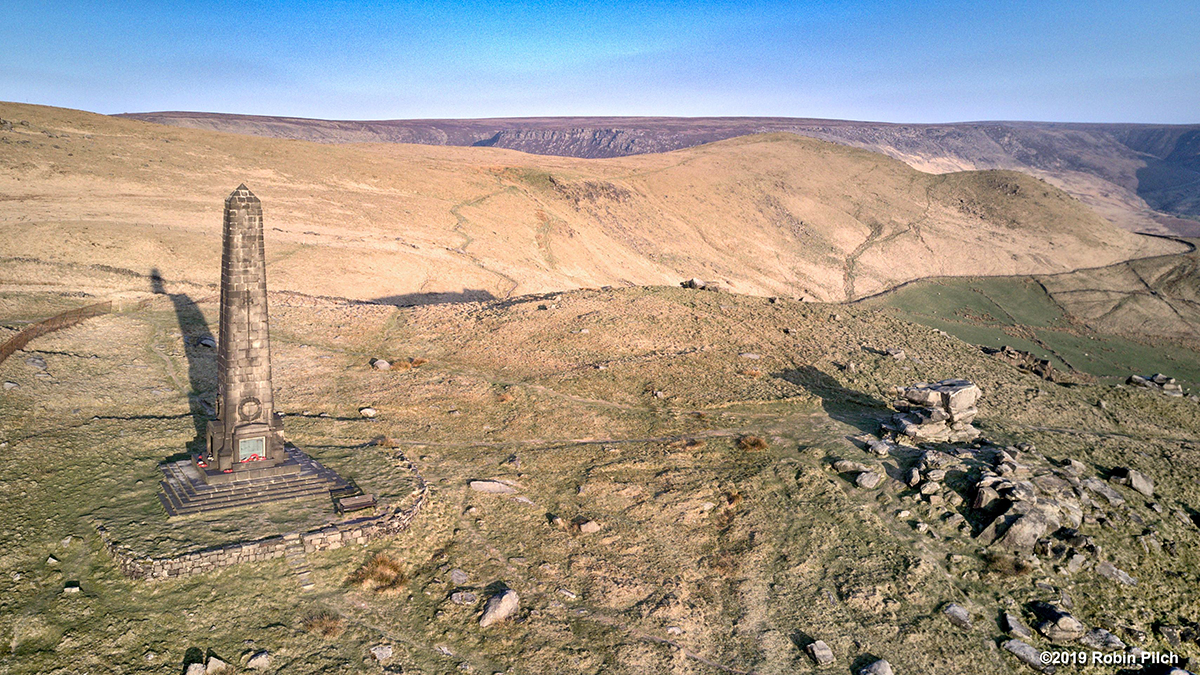 The indentations have, of course, been created over the course of a couple of million years, worn away by the often savage Saddleworth Moor weather and not in fact the result of a mighty battle between two giants named Alphin and Alder.

Yep, the story goes that the giants lived across from each other on opposing hills across the Tame Valley and what started as a friendship between the two lanky buggers descended into hatred when a sexy water nymph named Rimon made an appearance.

She took a fancy to Alphin and what ensued was a massive slinging match between the giants who hurled huge rocks across the valley in the hope of hitting each other. Alphin lost the fight, getting smashed in the face with a huge boulder and a distraught Rimon then threw herself off the side of the hill. 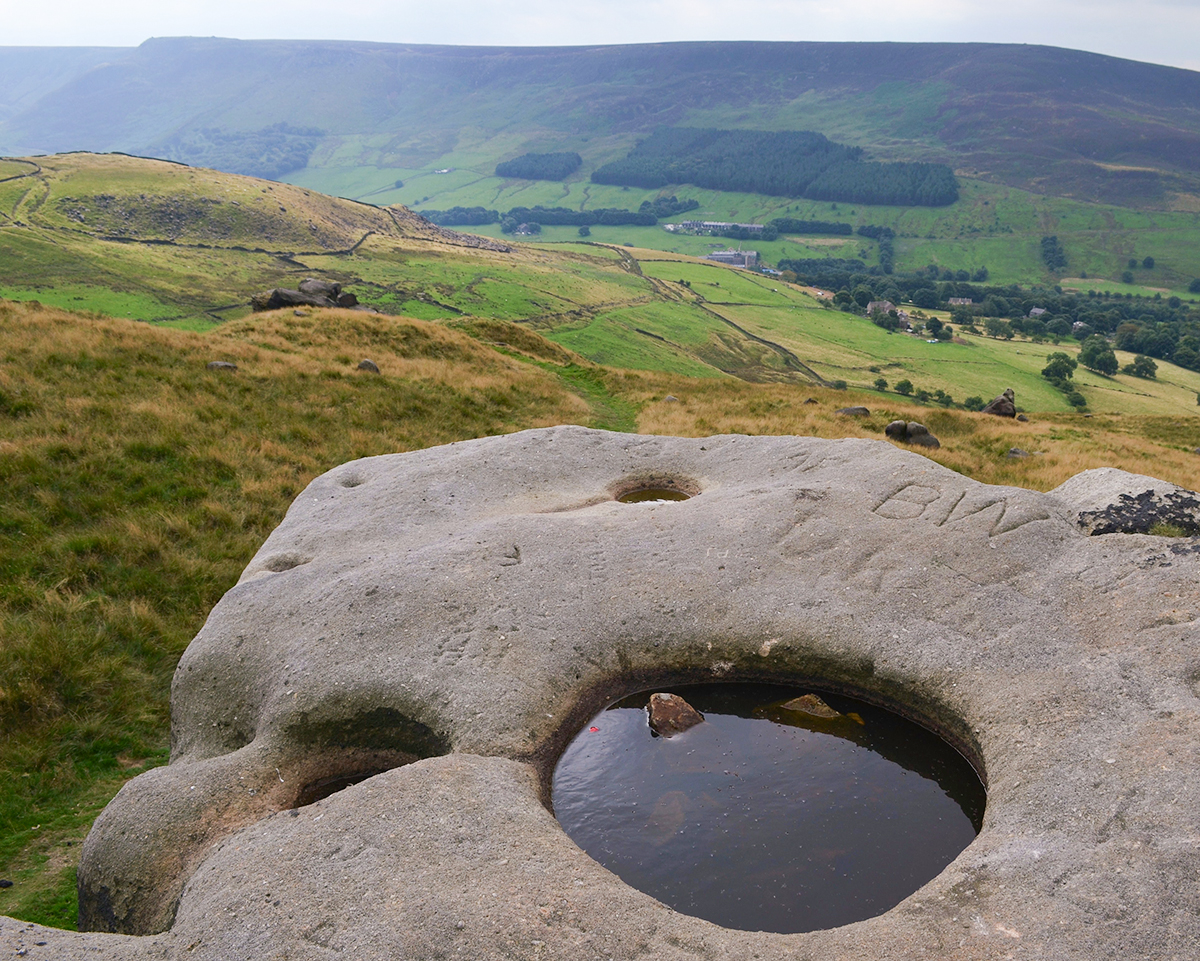 Good story. There’s also one that insists that the Pots and Pans were in fact used by druids in the olden times, with the indentations used to catch the blood from human sacrifices. Oh yeah and legend also has it that water collected from the bowls can cure any and all eye diseases.

Anyhow, heading up to the Pots and Pans from Uppermill makes for a lovely, pleasant walk on a weekend, and one in which you can also fully explore one of the area’s greatest pubs – the Church Inn.

Be sure to pop in for a pint or two before setting off on your walk, nature isn’t any fun without a lager inside you. From the pub head on up towards the church and down the little road at the side. Carry on up until you get to a farm and a footpath along the side. Head on up here and it’ll take you up Broadstone Hill.

The views up here of the surrounding areas are outstanding, and you’ll pass similarly oddly named rocks such as ‘The Sugar Loaf‘ – and if you look into the distance at the rock formation above Dovestones Reservoir you’ll see ‘Indian’s Head‘ which looks like the head of an Indian. Indian as in a Native American person just to be clear. 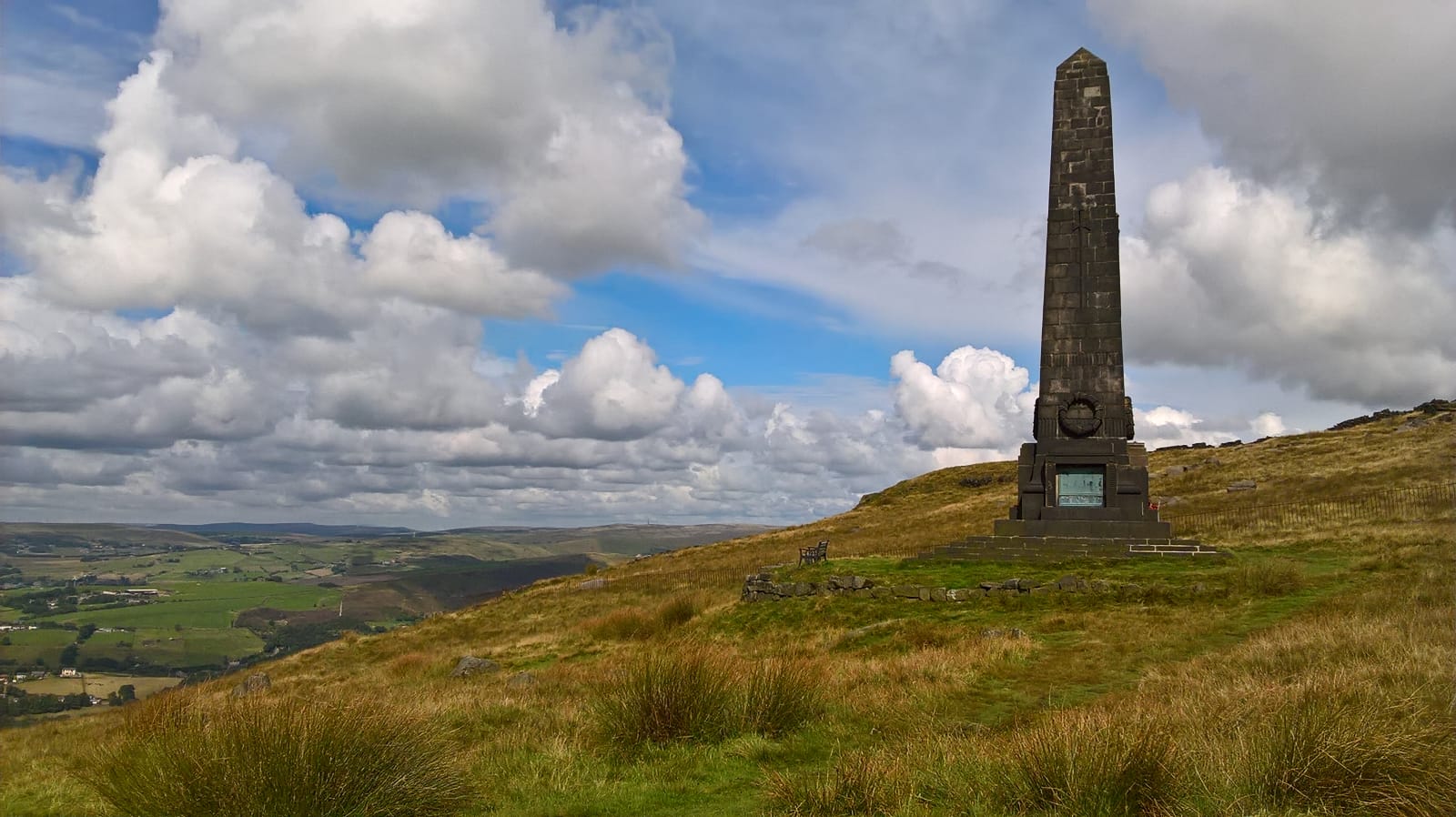 To get to Pots and Pans you’e basically heading towards the large obelisk that you can see in the distance, which is actually a war memorial honouring the 259 people from the villages of Saddleworth who died during the First World War. It can be seen from all of those villages – explaining why they put it all the way up there.

On the way back you’d do well to walk through Uppermill and check out a few more of its boozers and shops. It’s a lovely place to spend a few hours and be sure to feed the ducks. Be careful though, there’s one particularly vicious little bugger who’ll take your fingers off if you get too close.

From Ramona to El Tequileńo: Tracing the roots of Mexico’s best kept secret