Manchester Pride, the UK’s largest Lesbian, Gay, Bisexual and Transgender (LGBT) annual celebration has confirmed this morning that their 2011 festival will still be going.

The riots, which have caused damage to many of the bars and cafes in and around the Gay Village, began around 5pm yesterday at the Salford Precinct and slowly made their way into Manchester.

Jackie Crozier, Festival Director of Manchester Pride, said: “what happened last night in Manchester is an absolute disgrace. We live amongst some fantastic people in an amazing city that has grown on its own organically. We must now stand up for Manchester; business will be going ahead as usual in our Gay Village and Manchester Pride will be going ahead. We hope to see you all there in a few weeks to celebrate the positive elements of the city of Manchester: its diversity, community and strength”.

This year Manchester Pride celebrates its 21st birthday with a parade theme of ‘Best of British’. Despite the recent goings on not showing perhaps the best of what this country has to offer, the amount of effort and support to rebuild Manchester (and other cities involved) has been phenomenal. In Manchester’s city centre there were groups organised via Twitter who had begun tidying the mess whilst rioting was still going on.

Manchester’s Gay Village – despite minor damage from the rioting – is still open for business. The public are being encouraged to still attend the bars and pubs and come to Manchester Pride, to have a good time, show the likes of the looters that Manchester will not be defeated and to have a great time raising money for HIV organisations and LGBT groups in Manchester. Since 2003, Manchester Pride has raised £895, 000 for charity. 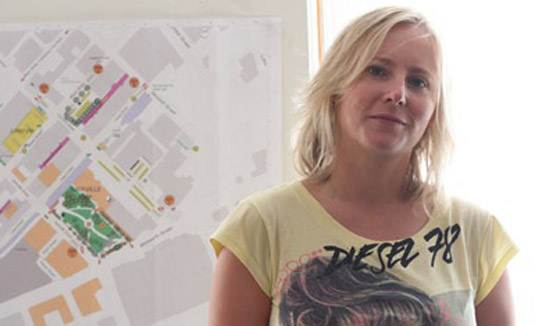