28 teams will fire up the coals in this year’s competition BBQ rounds, with their food being judged by the elite of the Americana food scene. Visitors can settle in to pick up some cooking tips at Weber’s BBQ Academy or head to the stage to watch Buffalo Wing, chilli and hotdog eating competitions.

Festival goers will be able to sample mustard cocktails designed by some of the UK’s finest mixologists at French’s Cocktail Bar and try their hand at staying put on Frank’s Bucking Buffalo. If beer is more your thing then head to the Brooklyn Bar or Truck and sample Summer Ale, a light craft ale that is the perfect festival accompaniment.

Visitors can settle in to pick up some cooking tips at Weber’s BBQ Academy or head to the stage to watch Buffalo Wing, chilli and hotdog eating competitions.

Lazy Jack’s US cider will debut at the festival with its American Truck in place to make sure that festival goers don’t go thirsty. Bulleit Bourbon will also be in residence, with a specialist bourbon cocktail bar for those fans of the real US drinking experience.

Vintage Trouble – a blistering four-piece have earned themselves the reputation as one of the best live bands on the planet.

Saturday at Grillstock will be headlined by LA’s Vintage Trouble, occupying that sweet spot where funk n’ soul meets rock n’ roll. Led by the incomparable front man Ty Taylor this blistering four-piece have earned themselves the reputation as one of the best live bands on the planet.

Next up on the bill are The Ruen Brothers, a young duo inspired by a love of early 60’s beat music, The Future Shape of Sound delivering a unique cocktail of Northern Soul, scratchy blues, 1960s soundtracks and vintage erotica and Rob Heron and the Teapad Orchestra, a six-piece that playwhat they have coined ‘North Eastern Swing’ their own brand of Western Swing, Blues, Gypsy Jazz and Country. Lastly on the main stage, Federal Charm a band creating a big buzz this summer as their hotly anticipated self-titled debut album is set for release through Mystic Records this summer.

Sunday will see the return of one of Grillstock’s favourite bands, Hayseed Dixie all the way from East Tennessee playing classics from ten albums of originals and ‘rockgrass’. Joining them on the main stage will be The Urban Voodoo Machine, a London collective of shadowy ne’er do wells, featuring between 7 to 12 musicians playing multiple instruments to create a unique brand of Bourbon Soaked Gypsy Blues Bop’n’Stroll. The Reverend Peyton’s Big Damn Band hailing from the southern foothills of Indiana will play a brand of Americana and Blues that stands alone, while local talent Richie Syrett will bring a typically melodic and ragged style to the Grillstock Nokia MixRadio stage.

A Pair of Pit Crew Tickets
£50 value and include a weekend pass with Friday night VIP party entrance, drink and food vouchers, money off merchandise and some Grillstock sauces!

Simply RT our Grillstock competition tweets and follow @McrFinest to be in with a chance of winning.

@grillstock #MCR have given us a pair of Pit Crew Tickets – weekend pass with Friday night VIP party access. RT and follow us to win! 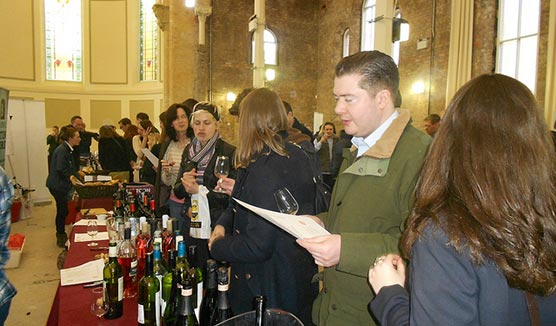