Test Card is Manchester ‘s unique audio visual meet-up. The aim of the project is to create a Community to explore the development of new software, technologies and techniques in the area of audio visual performance and interactive storytelling. Test Cards utilises Texture’s state of the art projection, audio and lighting system to provide a platform for artists to showcase their work.

Back for the sixth edition of Test Card live, this months line-up is one of the most fascinating and best yet.

A live post rock influenced jazz/free improv trio of double bass, guitar and electronics featuring some of the North’s most exciting improvisers. They met on a residential program and discovered a mutual love for Fugazi, Talk Talk and Free Jazz. Between them they play in Beats and Pieces Big Band, En Bas Quartet, Hugs Bison, Sloth Racket, Engine Room Favourites and Some Some Unicorn.

Added to the free wheeling music Blezard is an improvising AV artists and will be providing visuals along with his electronics.

Joe Beedles is a sound artist based in Manchester.
With an upcoming cassette release on London-based label Laura Lies In (Native – Polaris [LLI001]) due in late April, Joe deconstructs his recorded music in a live setting utilising a customised system. Reframing the pieces in the format of a continuous presentation, audio-reactive generative visuals accompany the sound in a synesthetic fashion.

Conductor, is a VDMX and Ableton network based, improvised audio visual performance, between Test Card founder Sean Clarke and and Manchester based musician SGNL. Using psychogeography as a subject matter for the project, Sean explores space around the city by filming textural and architectural points of interest. Passing this footage over, SGNL then works with it and creates tones out of the space. The performance then becomes a way to explore the relationship between the visual and sound elements that represent that space.

Following on from our performances at Test Card and VJ London this will be the third version of the show.

Opening the night once again with their Test Card residency, the very talented VJ eefee & VJ Pop-eye will continue on with the project of projector mapping the Texture wall.

Following on from Test Card Live, we will be teaming up with our good friends at Permahigh to bring you an afterparty you wont forget. 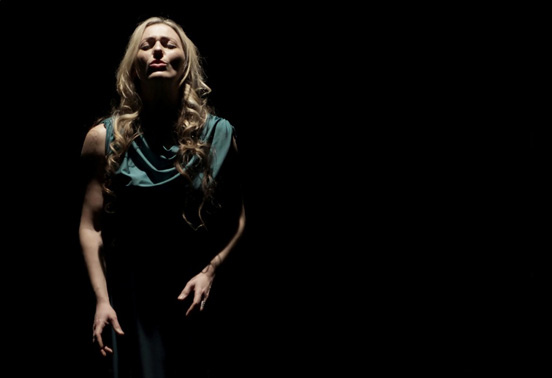