After an almost 14 year absence: Electric Chair Returns to Manchester

It'll be hitting up the Concourse Depot Mayfield on Sunday 19th September... 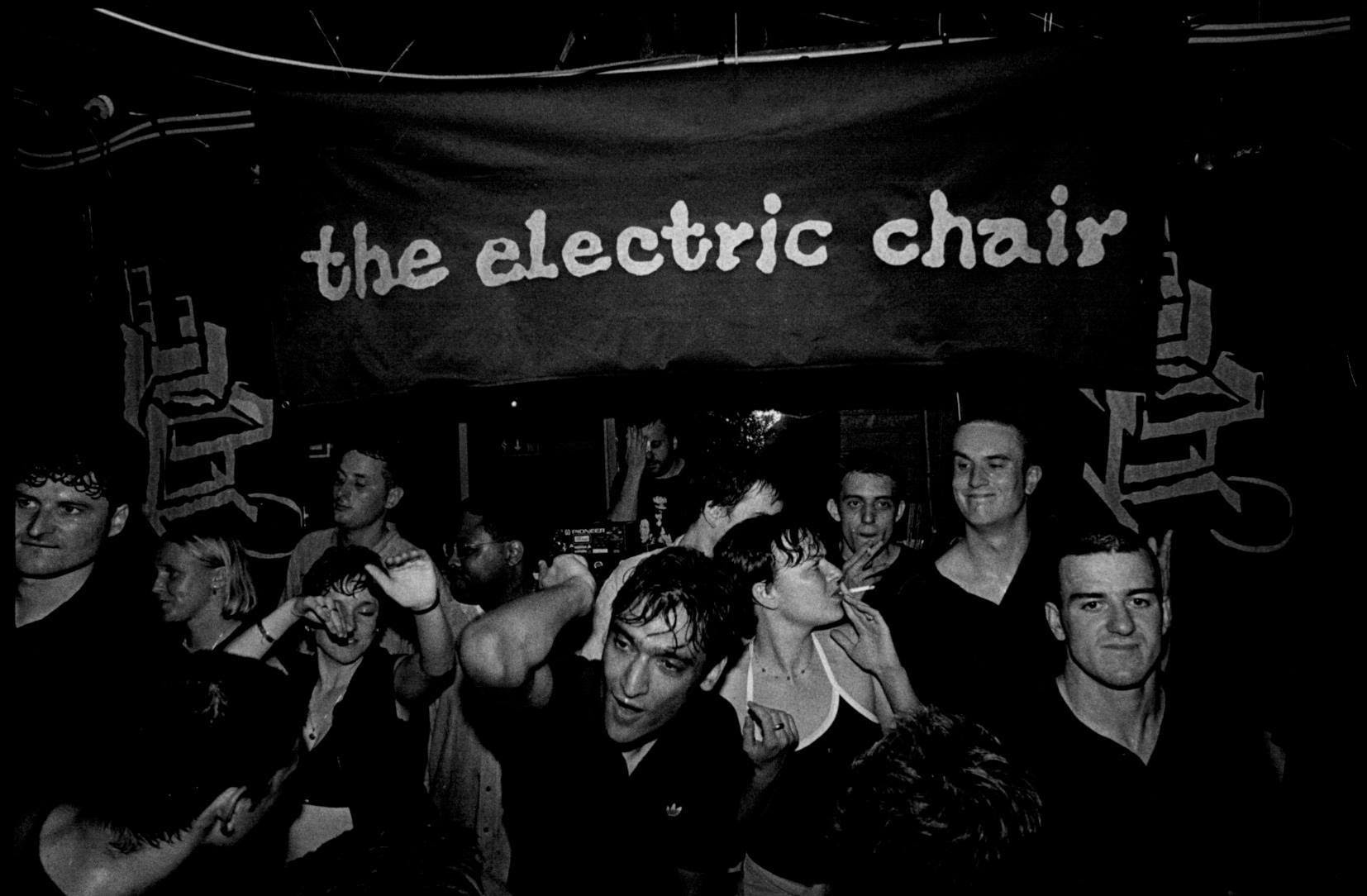 Manchester’s legendary Electric Chair will be returning this September after a 14 year absence in the city with DJ Harvey, Artwork, Lil’ Minx and The Unabombers.

When Electric Chair first draped The Roadhouse in camouflage netting back in the summer of 1995, nobody knew it would go on to have the lasting impact it did in the city of Manchester and beyond. For almost 13 years it bubbled away, evolving into almost a culture within itself.

The music played at ‘the chair’ transcended genres, and many of the world’s truly great DJs that came there to play had the freedom to explore their own musical boundaries, and were encouraged to push them further, making it one of the UKs most loved forward thinking club nights. 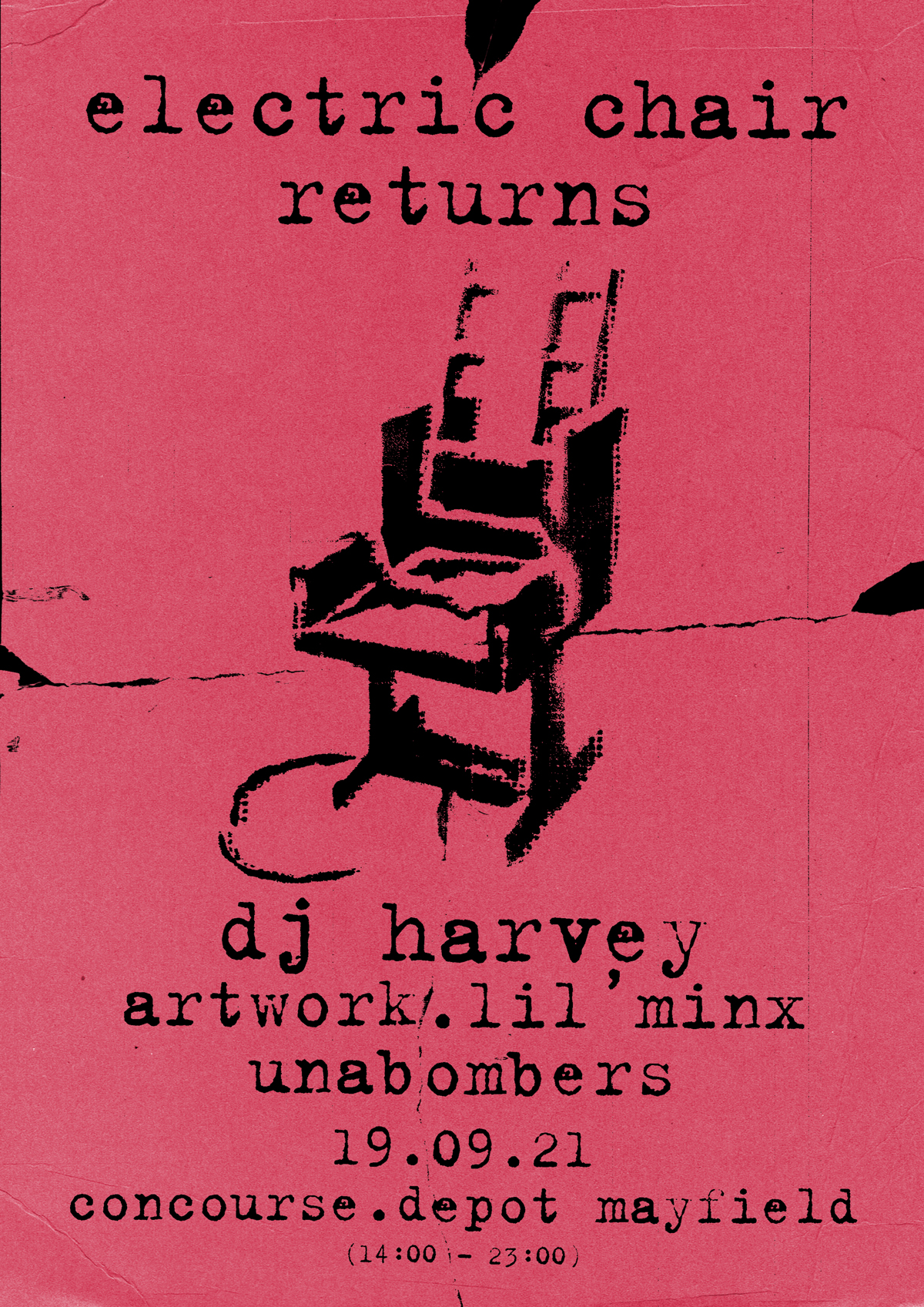 At its inception in ‘95, it marked a pivotal moment in Manchester’s clubbing history, with the recent closure of the Hacienda, the city needed desperately to take things back underground, and it did this with a deep love and focus on the music. It was home to the most beautiful melting pot of people, of which many attended religiously, no matter the venue, guest or many local-hero DJs who played there.

Now, after an almost 14 year absence, Manchester’s original underground party, Electric Chair, returns this September 19th to Concourse at Depot Mayfield. The iconic night can now be enjoyed by a new generation. 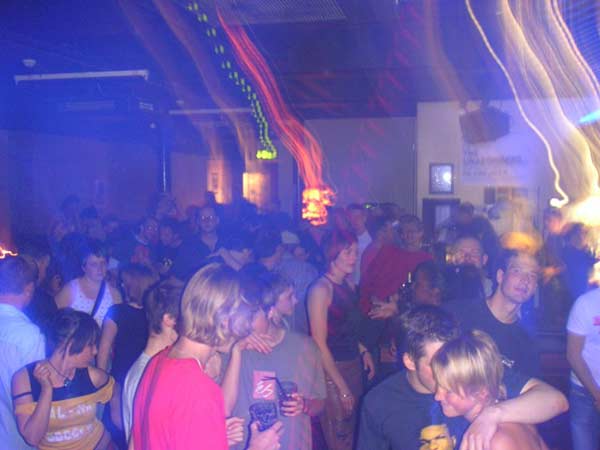 “Every now and then when you least expect it, the forces and the cosmos align and a moment is presented, so when the possibility of bringing Harvey home to Manchester coincided with a venue we have fallen in love with – The Concourse at Depot Mayfield – where the DJ booth is in the middle of the room and the party is formed around the space. The Concourse is a truly magical room. We decided to also bring Chair hero, ARTwork for this all day Sunday journey back inside to Electric Chair.” The Unabombers – Luke + Justin

Tickets go on sale Wednesday 11th August at 10am 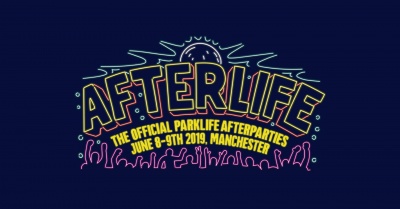 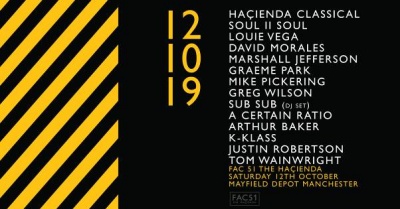