A word in the ear of Darius Syrossian

We persuade the former record shop man turned Sankeys resident to share some thoughts on Leeds, being cool, and his new work for one of the country’s biggest music magazines.

Chances are if you keep an eye on the club scene Darius Syrossian will be familiar by now. With regular dates from Southampton to Stuttgart, not to mention monthly Manchester responsibilities, he’s never stuck for things to do at the weekend.

He’s also involved with VIVa, brainchild of British darkroom house stalwart Steve Lawler, comprising an imprint (VIVa Music), the relatively press and promo free Ibiza events (VIVa Warriors), and various other parties of the same name, in various other locations- including Sankeys, this Saturday, March 9th (details at the bottom of this page). Understandably then, we invited the man in question to speak frankly, and tell us about his new role broadcasting and writing for DJ Mag. He did both, so here it is, unabridged as it were…

Hi Darius, hope all’s well today. What has been going on with you recently?

All good, just been very busy – 2013 has already been hectic. After my New Year’s Eve gig in Edinburgh and New Year’s Day in Cardiff I had a trip to BPM festival in Mexico just a few days into January, which was awesome.

I have been on the road with a few gigs every weekend since then really; the last I did was in London for VIVa Warriors with Steve Lawler, Martinez Bros, Tiefschwarz and the rest of the VIVa crew. It was mayhem, so busy as I arrived and the club had reached capacity but there was still a few hundred people outside queuing trying to get in.

Obviously you’re playing regularly at Sankeys too- how did your residency first come to fruition?

Well I had been doing the odd gig at Sankeys for a few years, that’s how I met Steve Lawler- back in 2008. But in 2011 I was doing a three week U.S tour, and they rang me to say they wanted me to be a monthly resident. I didn’t hesitate to accept really. Then last summer I also became resident for VIVa Warriors in Ibiza at Sankeys, and the other events at the amazing club out there.

VIVa Warriors is the one for me, it’s the most underground of the nights and musically fits in with what I am about. It’s great what Solomun and Neon Nights do but there is a little bit of an element where that party is more about the PARTY and a bit less about the music – to me anyway – you know, they play all that in fad sound, it’s ‘cool’.

But VIVa Warriors is more about not what you’re told to like by the press, but just unadulterated hedonistic house music with the same ‘We don’t give a fuck about what you’re doing, this is what we do,’ attitude, if that makes sense. It was a roaring success last summer and I am looking forward to going back again this summer…

What I love about it is Steve Lawler, who is responsible- he doesn’t want to go with loads of press, instead he wants to build it organically so the right people come to the party, not the kids who have been told this is the latest cool thing to come and see.

Do you get what I’m saying? We don’t need to also book all the RA Top 10 DJs for the night, we know what we play; Lawler, myself, Julian Perez, Detlef, and then one special guest every week and that’s it, this is what VIVa Warriors is about.

Sankeys itself has gone through a few changes over the years, how far back do you remember parties there?

I am in my mid-30s, so have been going since 1994-ish, and I remember the club back then. I remember seeing The Chemical Brothers there, I remember seeing Daft Punk play there when they only charged £600. They are now, what, 250-grand to book for a festival?

The club has always had the same ideology and this is where David Vincent needs to get credit, rivals and haters always try to mock the place but even they know deep down they can’t. Sankeys is awesome, it has a brilliant, musically clued up crowd and is one of the best clubs in the world. I have done too many unforgettable gigs there to mention really.

You’ve grown up on both sides of the Pennines, albeit Leeds is where your formative years in music were spent… How does it compare with Manchester?

I am not just saying this- and I am famous for speaking my mind and not being scared if I offend people with the truth- Leeds has to accept it does not have the history that Manchester has with events and nights.

Go to the parties at these places and there are a lot of Mancs in there. But Leeds can’t say the same; Basics is a Leeds thing, yes, but look at a lot of the other parties, although they are great they rely on students from out of town to fill the clubs. Also the promoters themselves, I’m not gonna name names, but a lot are kids who come from wealthy backgrounds and basically started nights with their parents’ money- they are not from Leeds.

I love Leeds, I love spinning in Leeds, especially at Teknicolour– the crowd is always awesome, and also the recent gig I did at The Warehouse in Leeds. But the people that make Leeds a great place to spin are not actually Yorkshire people. Manchester for me has had the history and for me Manchester is less about what you’re wearing or the drugs you’re taking and the messy after parties than Leeds. I’m just speaking the truth from my observations over the last 15 years or so.

We know Crash Records in Leeds, where you used to make a living. It’s still there, but so many others have now closed. How painful is that situation, or do you just accept it and move on?

Well, I loved Crash Records. Every morning I would wake up and want to go to work, I never took a lunch break in case I missed sorting music out for a regular of mine. It was a joy to work there, and I loved how people would meet there and discuss the scene, swap contacts, promoters would meet DJs, and so on.

Now the scene is only discussed on the internet and forums, and not in person, and this is why so many people are so negative. People hide behind a keyboard and hate something rather than discussing the scene in a positive way when they meet in person in a record shop for example. But we have to accept the way things are and move on – a lot more things are better now than they were back then, just in other ways.

In addition to DJing, you also produce- what have you been working in the last few weeks?

Lots really. I just had a remix out on Skint, and I have just signed a 4 track EP to Hot Creations, which will be out in a few months. There’s also a production for VIVa Music that will be on the special, 100th VIVa EP- that’s called Cachacaria.

I will have a remix of Sante out too, remix of Anek on Material, also another thing on OFF is just being worked on to follow up to the Metal EP that I had, which was quite big. Oh and another EP on the Canadian imprint Mile End records, that’s a follow up to the ‘My Side Project’ track, which was also quite big for me in the summer.

Finally, further into the year what else is coming up for you work-wise?

Well, firstly I want to announce something here first. I haven’t said anything about it yet, but as of next month I will be hosting a new radio show for DJ Mag.

It’s an honour to have been asked to present it for them, it’s monthly and I will be interviewing guest DJs and have guest mixes and lots of music played from myself. Also I will be starting a new column in DJ Mag monthly.

DJ-wise, I will be in Miami for WMC, Sonar festival in June, Vertigo festival in the Italian Alps, and Lovefest in Serbia come August. I will be playing Sankeys’ opening in Ibiza in May, as well as a full 16 dates every Sunday in Ibiza for VIVa Warriors.

As well as all that I’ll be touring around the world every weekend. So it’s full steam ahead, life is not a destination it’s about the journey… and I’m looking forward to seeing everyone in Ibiza every Sunday for my residency.

Click here for our Sankeys listings, and click here to see when Mr Syrossian will be in the house.

Recentes and TTWC with:
Huxley 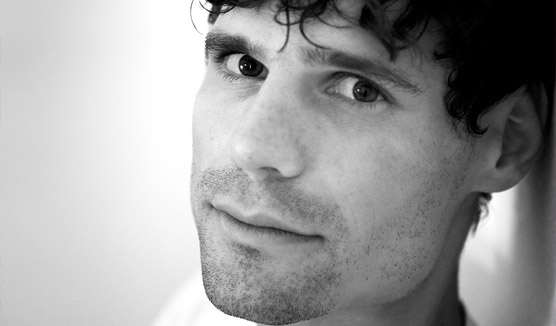 A few words from Shonky