We’ve only gone and interviewed Sasha

Saturday sees one of the world’s most celebrated DJs arrive to play the soon-to-be-closed Sankeys. Let’s just say we’re pretty excited about it.

Whether you cut your teeth at Shelly’s in Stoke way back when, or have only just discovered repetitive electronic music, chances are you know of Alexander Coe’s output. Albeit perhaps not within the context of that particular name.

In contrast, his moniker Sasha will need no introduction, having played more sets since the early 1990s than most of us have had hot dinners, and claiming responsibility for numerous bona fide dance benchmarks, including, but not ending with 2 Phat Cunts, the Xpander EP, and that Renaissance compilation he made with his pal, John Digweed (perhaps the first official mix album). At one point he also had Mixmag asking if he was the Son of God.

These days, The Man Like remains a DJs DJ, technical and guaranteed to make crowds sweat profusely whilst yelling expletives and punching the air. Aside from work in the booth, his imprint Last Night On Earth has already racked up an impressive back catalogue despite still being in its infancy, and is fast becoming known for showcasing some truly unique tracks- not least from James Teej, and London lad to watch Thermal Bear.

This Saturday afternoon sees Sasha take control of Sankeys as part of the club’s final furlong, with its doors scheduled to shut forever after the long weekend. After being a relatively regular guest at the venue over the years, and hosting a launch party for his Airdrawndagger LP at this very address, it’s a fitting way to say goodbye.

So fitting, in fact, we thought it best to ask this famed player of records for a chat about his thoughts on the closure, and tunes in general. Astoundingly, he agreed, and thankfully we didn’t say anything too stupid. Read on to learn about what was discussed, then take a listen to the mixes we’ve posted at the bottom of this page…

Hi Sasha, hope all’s well today. You’re in Manchester this weekend of course, the first thing that struck us was the daytime thing. Any thoughts?
“Well it’s definitely a first. I’ve not done a daytime thing in Manchester before. I have been told the sun actually comes out sometimes though.”

Occasionally, yes it does.
“Hmmm. I mean it’s not really a daytime club, is it? It’s a dark room, so I’m not sure if my approach to the set will be very different from a normal nightclub. If I was playing outside then maybe, but Sankeys is Sankeys- great system, dark room.

“It is what it is, as soon as people get stuck in I they will forget it’s two in the afternoon. It will probably be a bit like when you go to the pictures in the daytime and then walk outside and get stunned by the daylight.”

How much pre-planning is involved with your sets then?
“I do pre-plan things; I’m out most weekends so what I do needs to be constantly refined. That said, you do tailor the set to the room. You walk in, feel the energy, and think ‘right, I have to start from this point’.

“Nine times out of ten you get it right, on other occasions it will take maybe an hour or so to get people onside. But ideally it’s about judging the first track perfectly and then they’re with you from the start.”

The event you’re playing is part of the closing weekend at Sankeys, what do you think about the club shutting up shop for good?
“Yeah, it’s a shame. I haven’t been there in a while and it’s sad as it’s an important club for Manchester. A lot of places have been taken over by really commercial styles, but Sankeys was one of the good ones that always had underground lineups. I’ll be sad to see it go, but hopefully something else will spring up to take its place.”

After DJing for so long, do you see this kind of thing as part of the process- clubs close, others open?
“I think the problem with running a week-in week-out club is that there is so much competition over the summer. Festivals, Ibiza- it’s very difficult to keep your head above water May to October. Even the top clubs in their heyday- Cream, Gatecrasher- struggled in summer. So I understand what’s happened.

“That’s why it makes sense what The Warehouse Project people are doing. They have a season, and then close when the festivals start. Summer in England is so busy, and if people pay £100 for a weekend pass, or even more, they probably don’t have a lot of cash for other stuff in the surrounding weeks. Still, though, it’s important that England has these underground havens, like Sankeys, and Fabric in London.”

Do you think there is a gulf emerging, where we have small clubs and huge events, but not many mid-sized venues?
“They definitely seem to be the ones that are struggling at the moment. If people are going to put money on the table they want to be part of an event. You see the lineups for festivals, or stuff like The Warehouse Project, and sometimes they’re just incredible. I think when people see things like that they question whether they want to just go to a club.”

That issue aside, how do you see the UK scene right now? In an interview with DJ History’s Bill Brewster, maybe ten years ago, you sounded pessimistic…
“Yeah, it was definitely about ten years ago, and that wasn’t a great time at all. 2002, 2003; around that time every bar you walked into was playing that electronic hip-hop sound, lots of major clubs went out of business- Cream closed, Gatecrasher fell by the wayside, Ministry too- and also loads of labels shut down.

“It’s definitely risen again from those ashes, though. Look at it now- things have never been bigger. The fact America has got hold of the commercial end with huge festivals, Las Vegas residencies and stuff… It’s crazy, and a massive contrast to a decade ago, when people were kind of wondering if the whole thing was coming to an end.”

You had the New York residency at Twilo with John Digweed- being involved in the U.S. did you see the current stadium-EDM scene over there coming?
“To be honest, again about ten years ago, I thought it wasn’t going to happen. I was part of the first European invasion in many ways, DJ-wise, and I always thought it was going to get massive. Then it sort of petered out for a while.

“I was always waiting for an equivalent to Underworld, Leftfield, or The Chemical Brothers. When that didn’t happen I was left wondering where those acts were in the States. Then it stagnated for about five years, before Deadmau5 came along and the commercial end completely exploded.”

We’ve been enjoying Last Night On Earth. Is there an idea behind the label?
“Well, I’m really proud of it, but there’s not really a concept or anything. It’s more a case of us all knowing when something comes along that fits. I have some really good people working with me on it; they all have amazing ears, listen to weird and wonderful stuff all the time, and educate me on a lot of new producers.

“One thing I will say is that everything has to have a kind of beautiful, melodic tinge. It’s not like we’re trying to cultivate a sound or anything, but things need to fit together in some way.”

How much has the A&R work impacted on what you play as a DJ?
“Oh absolutely. To have exclusive music these days is rare. Everyone can get everything on Beatport. So to have stuff ready for the weekend’s parties, which you know hasn’t been released so nobody else has, is great. When you know nobody else has it you can really make it a feature in your set.”

Finally, what else is coming up in the next few months?
“I’ve just committed to a summer in Ibiza, at the Ushaia hotel. We’ve got the smaller venue this time, and the plan is to make it a completely free event every Sunday, so it should be a lot of fun.

Why free- less pressure on yourself?
“Yeah, a little. We were putting 5,000 in there last summer, every time. The Swedes and David Guetta were pulling in 10,000. It’s such a big venue, ridiculously sized really. The fact we did so well for so long is great, but I think this new place suits us much better. 2,500 to 3,000 capacity. I’ve got some great guests lined up too but they will mostly be unannounced – it should be great.

“For me Sunday afternoons are an institution in Ibiza- the Terrace at Space and all that. So us trying to bring a bit of that back is really important to me. Plus we’re pretty much right on the beach, which is amazing. There aren’t really any downsides I can think of to be honest. Other than that, I’ve got a few festivals booked in and things like that, so it’s going to be another busy one no doubt.”

Sasha will play a special closing party at Sankeys on Saturday afternoon, May 4th 2013. Go to www.sankeys.info for more details. 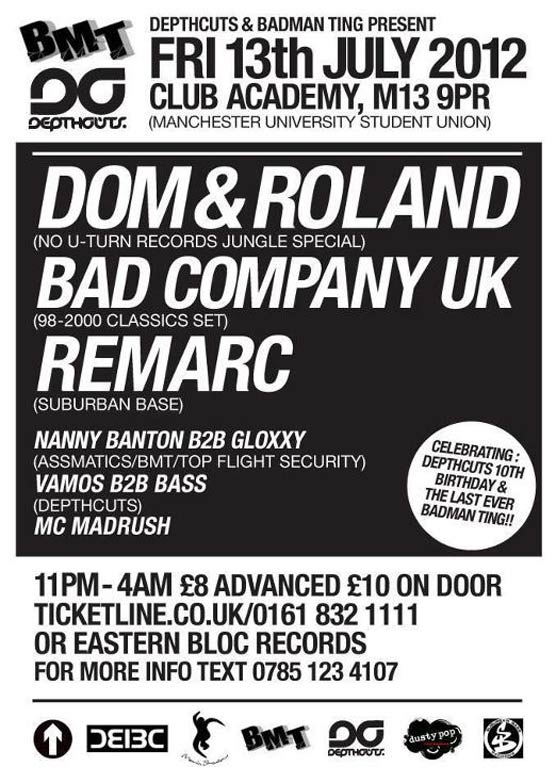 Win tickets to the last BMT! 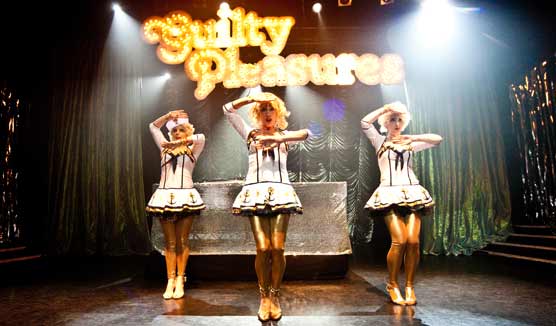