You have Dave Haslam to thank for bringing all sorts of fantastical music types to Manchester. And I’m not just talking gigs. I’m talking full-on, one-to-one and ‘Close Up’ interviews with some truly inspiring and interesting musos (Mark E.Smith, David Byrne, Neneh Cherry)!

Next in line and in conjunction with Faber Social Manchester he will be presenting a one-off event to mark the publication of ‘Yeah Yeah Yeah: The Story of Modern Pop’ by Bob Stanley.

On Thursday 10 October, an evening of discussion, music and pop-nostalgia with Stanley, the founding member of Saint Etienne, and an equally impressive panel of guests will be held at Gorilla, Manchester. Artist Jeremy Deller (of MIF Manchester Parade fame), Stella Grundy of Intastella, Paul Hanley of The Fall, and Director of Un-Convention, Ruth Daniel will all come together to explore pop’s past. With Haslam at the helm it is bound to be a fascinating night, so I got together with Dave to find out more.

Hi Dave, can you tell us a bit more about ‘Yeah Yeah Yeah: The Story of Modern Pop’ by Bob Stanley, the Faber Social event you’ve organised?
Bob Stanley used to write in Melody Maker and elsewhere, good guy, great writer and of course he’s in St Etienne, great pop group in their own right of course. His book is ambitiously sub-titled “The Story of Modern Pop” and covers a lot of ground and does it really well and entertainingly. He’s a big fan of Slade, which excites me but, anyway the book has a lot about Manchester bands of course, New Order and Oasis especially, so when his publishing company, Faber, asked to help organise an event marking the book coming out, I was into getting involved.

And tell us about the guest panel you have brought together. Why did you select who you did?
Jeremy Deller was first on the list, artist, music fan, and he makes connections between the worlds of art and music and real life all the time. Stella Grundy from Intastella I chose because Intastella are an example of a Manchester band that aren’t lads with guitars. Stella can be feisty as well; she threw water all over Shaun Ryder on a panel once, which was ace. It’s an eclectic panel, I guess, because then there’s also Paul Hanley from the Fall and Ruth Daniel from UnConvention; and she knows all about the business and the power of music.

What can people expect from this event?
I don’t exactly know. I never do events where I know exactly what will happen, this less than most. I guess Bob will talk about the book and Jeremy will be fascinating, he just is; he’s one of those inspiring types. I’m not sure who Stella will thrown water over. The only thing I can predict is that it’ll be live, and fun and really interesting. That’s the whole point, the uniqueness of something like this, sparking stuff, making things happen.

Jeremy Deller was first on the list, artist, music fan, and he makes connections between the worlds of art and music and real life all the time.

This is the most current in a long line of special events you have organized around the city, such as your ‘Close Up’ events. With so many people organizing gigs in town, why is it important to you to present events where musicians and creatives get to speak, rather than just perform?
Live events I love, live gigs I love. I like that there are so many gigs in town. I like that people instead of watching Tv or sitting in front of a computer or worse than anything, sitting moaning there’s nothing to do; I’m glad people are getting out, and seeing live things and being with other people, sharing that experience. I like passionate, nutty live gigs, really sweaty occasions but then I think people have a brain that needs feeding too don’t they, and that’s what my events do; they feed your brain.

And what else have you on the horizon?
Wednesday 20th November I’m doing an onstage interview with Black Francis at the beautiful Albert Hall on Peter Street. What a wonderful thing to have on your horizon! Very happy.

That’s what my events do; they feed your brain!

This unique event will take place at Gorilla, Whitworth Street, giving music fans a chance to hear about the story of modern pop, in Manchester and beyond, from a selection of its informed aficionados and key players.

Published by Faber on 3 October, ‘Yeah Yeah Yeah: The Story of Modern Pop’ by Bob Stanley tells the chronological story of the modern pop era, from its beginnings in the fifties with the dawn of the charts, vinyl, and the music press, to pop”s digital switchover in the year 2000, from Rock Around the Clock to Crazy In Love. ‘Yeah Yeah Yeah’ covers the birth of rock, soul, punk, disco, hip hop, indie, house and techno. It  will remind you why you fell in love with pop music in the first place.

Tickets £7 in advance from eventbrite.
A limited number of £10 tickets available on the door.
The event is part of the ‘Manchester Weekender’ programme 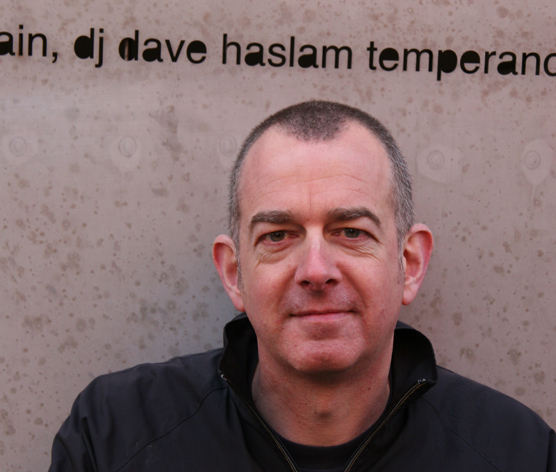