Everything you need to know about Manchester Pride Festival 2018

The festival, which is an award-winning four day event celebrating LGBT+ life, is made up of The Big Weekend, The Manchester Pride Parade on Saturday afternoon, the alcohol free space that is The Superbia Weekend and the culmination of the festival The Candlelit Vigil.

The event takes place in August, with this year’s The Big Weekend set to run from Friday 24 – Monday 27 August and the Parade on Saturday 25 August.

The streets of Manchester are set to be overtaken by troupes of performers, acrobats and wonderful characters as “The Circus of Acceptance” takes over this year’s Manchester Pride Parade.

The Manchester Pride Parade, which this year takes place on Saturday 25 August, is one of The Festival’s most highly anticipated events, with thousands of people marching proudly together through the streets of Manchester in front of and as many as 200,000 supporters cheering them along the way.

The Parade features 150 entries, equating to just over 5000 participants, in floats and walking entries from businesses and community groups across the region and will this year be one of the most visual and varied as it takes on the glamour and creativity of the circus.

This year’s Parade theme is designed to shine a light on this in a creative way by reminding the people of Manchester and further afield that acceptance is a vital step in the continued progress of equality for all.

The Manchester Pride Parade starts on Liverpool Road, passing by the Town Hall and the Gay Village before finishing on Whitworth Street. In recent years it has been led by some of the most prominent faces in the LGBT world including Orange Is The New Black actress Lea DeLaria, national treasure Sir Ian McKellen and Manchester’s first out Lord Mayor, Carl Austin-Behan.

The Thomas Cook Airlines Stage
The Big Weekend is renowned for bringing some of the best homegrown and international artists to the heart of Manchester City Centre to celebrate LGBT+ life and 2018 is set to prove no different.

Topping the bill on the Thomas Cook Airlines Stage will be artists including Rita Ora, Jake Shears, Sigala and Alexandra Burke.

Lucy Spraggan, will be performing at her 10th Big Weekend and as a seasoned performer has played every stage at the event throughout her musical career.

Plus two of the original DJ’s from New York Iconic Club Studio 54 – Nicky Siano and Jellybean Benitez – will recreate ‘A Night in New York’ in the Gaydio Dance Arena.

Crazy rave bingo night Bongo’s Bingo has taken Europe by storm. The chaotic version of the classic game of house which features rave intervals, dance offs and quirky prizes, has become something of a phenomenon with organisers taking up residences in Ibiza, Australia and Dubai. The show, which regularly sells out, will take to the stage in Sackville Gardens over The Big Weekend and is set to be one of the event’s most popular features.

The culmination of The Manchester Pride Festival is The Candlelit Vigil in which Sackville Gardens is turned into a sea of flickering candles as visitors take a minute to remember those lost to the HIV virus and join together to fight the epidemic worldwide and the stigma that still exists.

The Candlelit Vigil also provides visitors with a space to remember those who may no longer be with us and presents an opportunity to stand together in a united front as we recognise the many challenges that still exist and face LGBT+ communities from Manchester to the rest of the world.

The Vigil is the spiritual heart of The Manchester Pride Festival and there is a truly magical and moving atmosphere of quiet reflection in the gardens.

The Superbia Weekend is a recent addition to The Manchester Pride Festival and provides a free to attend, dry alternative to The Big Weekend. Its three day programme of events take place in a welcoming fully accessible, alcohol free space at the former Cornerhouse building, now part of Manchester Metropolitan University.

It was born out of extensive consultation with LGBT+ people across Greater Manchester – many of whom reported that they didn’t feel that partying of the The Big Weekend was for them. They wanted to access more cultural, wellbeing and art focussed events as part of their involvement in The Manchester Pride Festival. It has been a huge success since its conception in 2016.

Third release Big Weekend tickets are priced at £28 for the full weekend, £20.00 for day tickets and family and children’s tickets are also available. 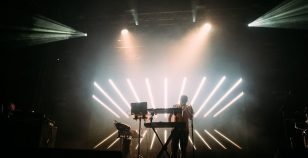