It's all in aid of Manchester Gin's new limited edition Haçienda spirits... 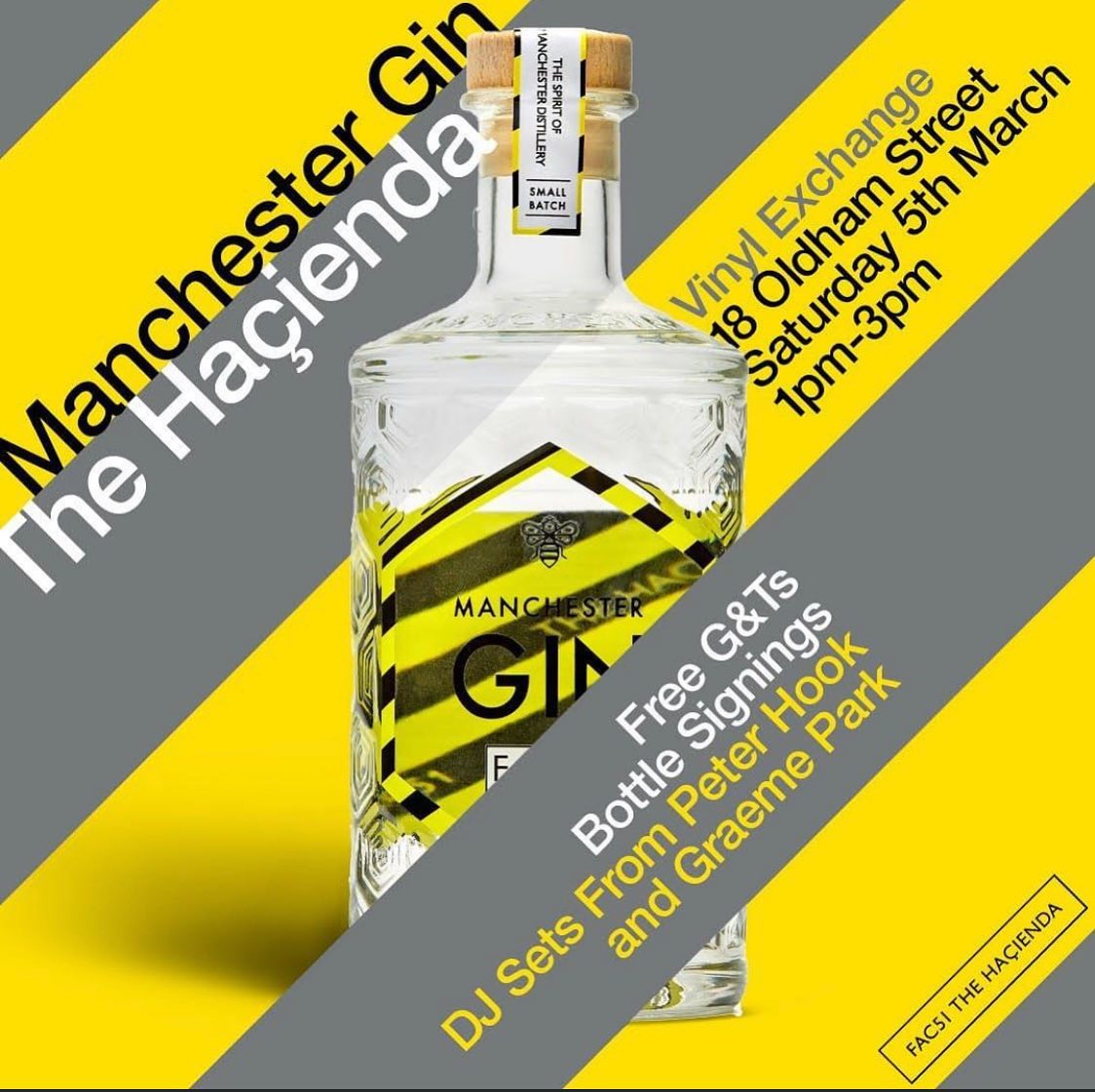 Award winning distillery, The Spirit of Manchester Distillery, is once again collaborating with music legend Peter Hook to launch a new limited-edition series of Manchester Gin FAC51 The Haçienda – complete with redesigned bottle artwork in celebration of The Haçienda’s 40th anniversary.

The collaboration between two Manchester institutions acknowledges the musical and cultural history of the city – and to celebrate, Manchester Gin, will be hosting a record store takeover at independent record store Vinyl Exchange on Saturday 5th March, between 1pm and 4pm. 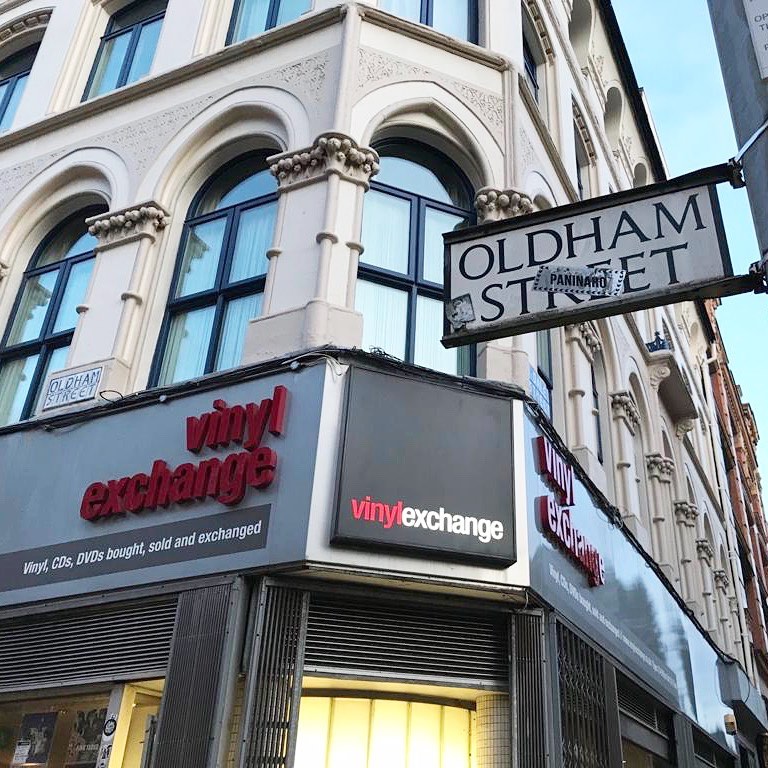 Followers of The Haçienda (and gin) are encouraged to make a stop at the FREE EVENT at Vinyl Exchange this Saturday, to celebrate 40 years of the iconic Manchester club, and be the first to get their hands on a signed bottle of Manchester Gin FAC51 The Haçienda featuring new artwork – Peter Hook will be signing bottles on the day for the ultimate limited edition keepsake.

Joy Division and New Order legend Peter Hook will be stepping behind the decks to soundtrack the launch, while ‘golden tickets’ will be hidden throughout Vinyl Exchange, which if found entitle the holder to a free vinyl record (or £20 off) in store. 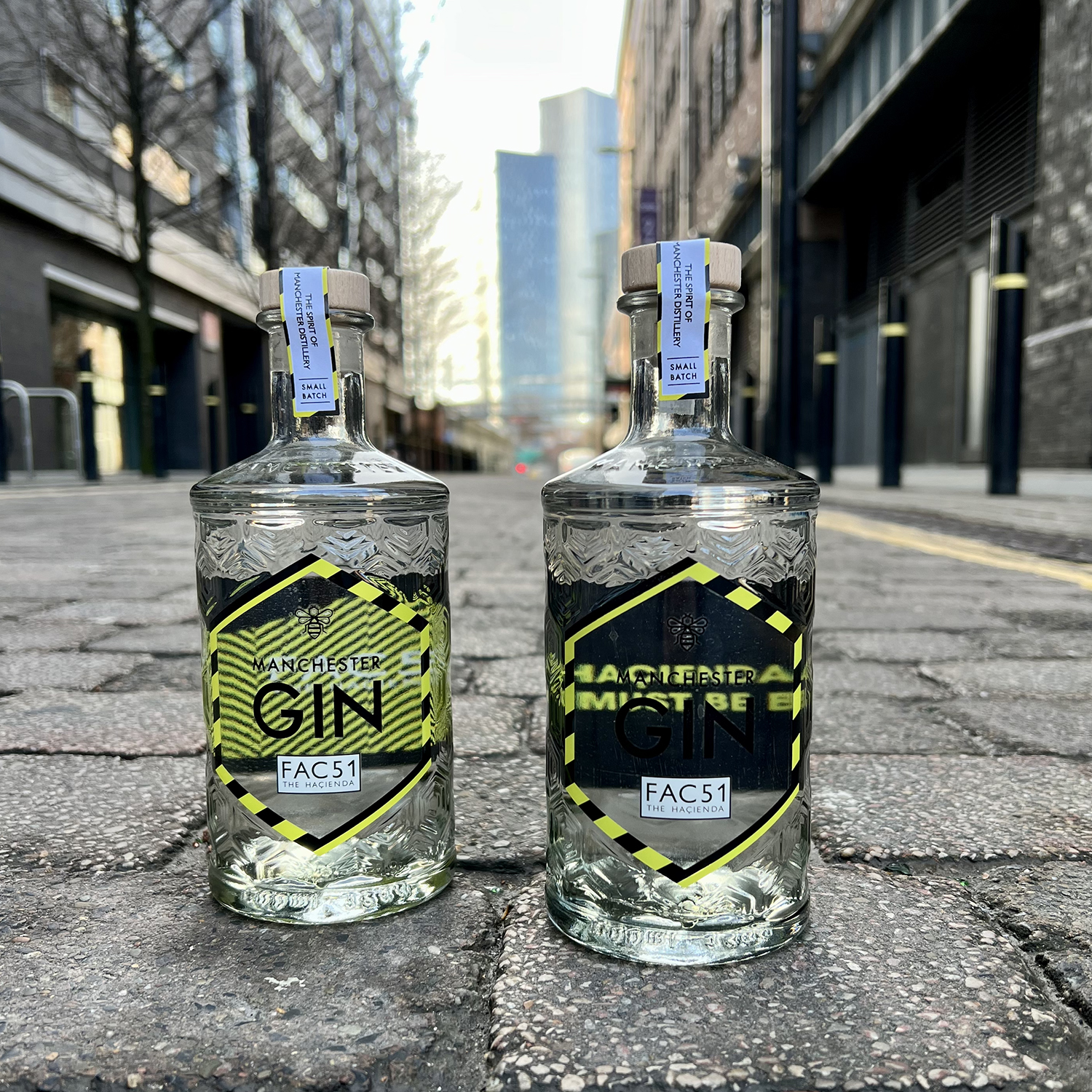 The second label includes the iconic phrase “The Haçienda Must Be Built”, which has become synonymous with an era of music and clubbing in Manchester.

Bottle labels are located on the inside of the bottle, meaning they are distorted through the liquid – reminiscent of The Haçienda’s raves and debaucherous all-nighters.

Attendees at the launch event will be able to sample FAC51 The Haçienda Gin and be amongst the first to purchase the new limited-edition bottles – signed by Peter Hook himself in-store. 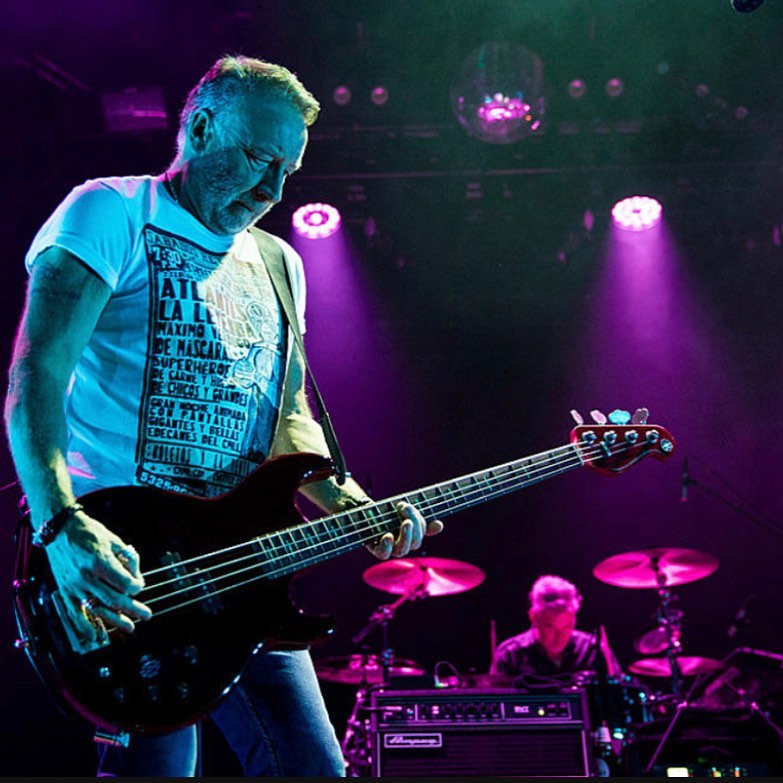 Located in the Northern Quarter, and a staple of the Manchester music scene for over 34 years, Vinyl Exchange, will display Manchester Gin Haçienda artwork in the store window for a two week period from Friday 4 March – Friday 18 March.

Seb Heeley, Manchester Gin founder and master distiller, said: “When we first collaborated with Peter Hook in 2019, we were overwhelmed by the public response. Now, we are so excited to revisit this partnership with the launch of two new limited-edition labels.

“The Haçienda was such an iconic venue, and its influence has spread far beyond Manchester. It occupies a special place in the heart of many Mancunians, and we are delighted to be able to further celebrate its legacy 40 years on.

“Vinyl Exchange is another Manchester musical institution. Opening in 1988, just in time for the Haçienda’s Acid House heyday, it makes perfect sense for us to launch the new limited-edition series of Manchester Gin FAC51 The Haçienda – here.”

A Sicilian Bottomless Brunch Has Landed in Northern Quarter