With relative silence in terms of releasing music since “Singing for Strangers” came out in 2015, the Dublin duo Hudson Taylor have once again reaffirmed their position as the crème de la crème of Irish musical talent with their new single “Feel It Again”.

Hudson Taylor began busking at a young age and continue to busk around Ireland in their spare time. They’ve gone on to be signed with Polydor in the UK and Rubyworks Records in Ireland – and they are in good company, with Hozier as a label-mate on Rubyworks Records.

They’ve supported Jake Bugg and Kodaline, played countless festivals and they even did a set at the Rolling Stones’ gig in Hyde Park in 2013. 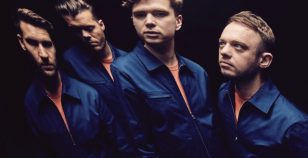 Everything Everything announce their biggest tour yet