2017 breakout star Khalid has announced a UK headline tour for 2018 including a visit to Manchester on Saturday 17th February.

This follows on from his 2017 ‘American Teen’ tour in the States, where he supported Lorde across Europe with her ‘Melodrama’ tour and a one-off fan appreciation show at London’s The Dome.

Khalid, winner of 2017’s MTV VMA award for Best New Artist, broke the internet with debut single Location. The single amassed over 700 million streams across all platforms, lending to Khalid being Spotify’s most streamed artist in the world for 4 consecutive days.

His second single Young, Dumb & Broke has recreated this success, with 200 million across all platforms and gaining over 67 million views on YouTube in under 2 months of release, watch here. This will be the 19-year-old singer/songwriter’s first headline tour outside of America.

Khalid released “Location” before his high school graduation and it garnered over 1.52 million plays in less than two months, which led to his major label deal with Right Hand Music Group/Columbia Records. Khalid’s debut album, American Teen, has received mass critical acclaim with praise from The New York Times, TIME Magazine, Billboard, NYLON, and many more. Billboard stated, “…effortlessly excellent…the kid is still so young, but this body of work is beyond his years”.

Khalid is currently the face of Forever 21’s Summer Digital Campaign, #F21xMusic, Men’s Line, and was named MTV Push: Artist to Watch for the month of July. He was nominated for a 2017 BET Award for Best New Artist, and has recently been nominated for a Teen Choice Award for Choice R&B/Hip-Hop Song for “Location”, and winner of the MTV VMA for Best New Artist award. “Location” is certified double platinum in the US and Canada and platinum in Australia, and New Zealand. American Teen is also certified Gold in the U.S and Canada. 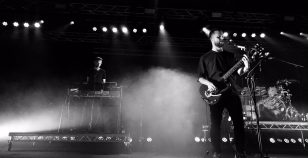 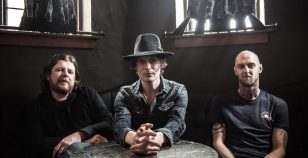 Manchester Academy to host The Fratellis in March 2018