This December they'll be returning to their spiritual home - Albert Hall... 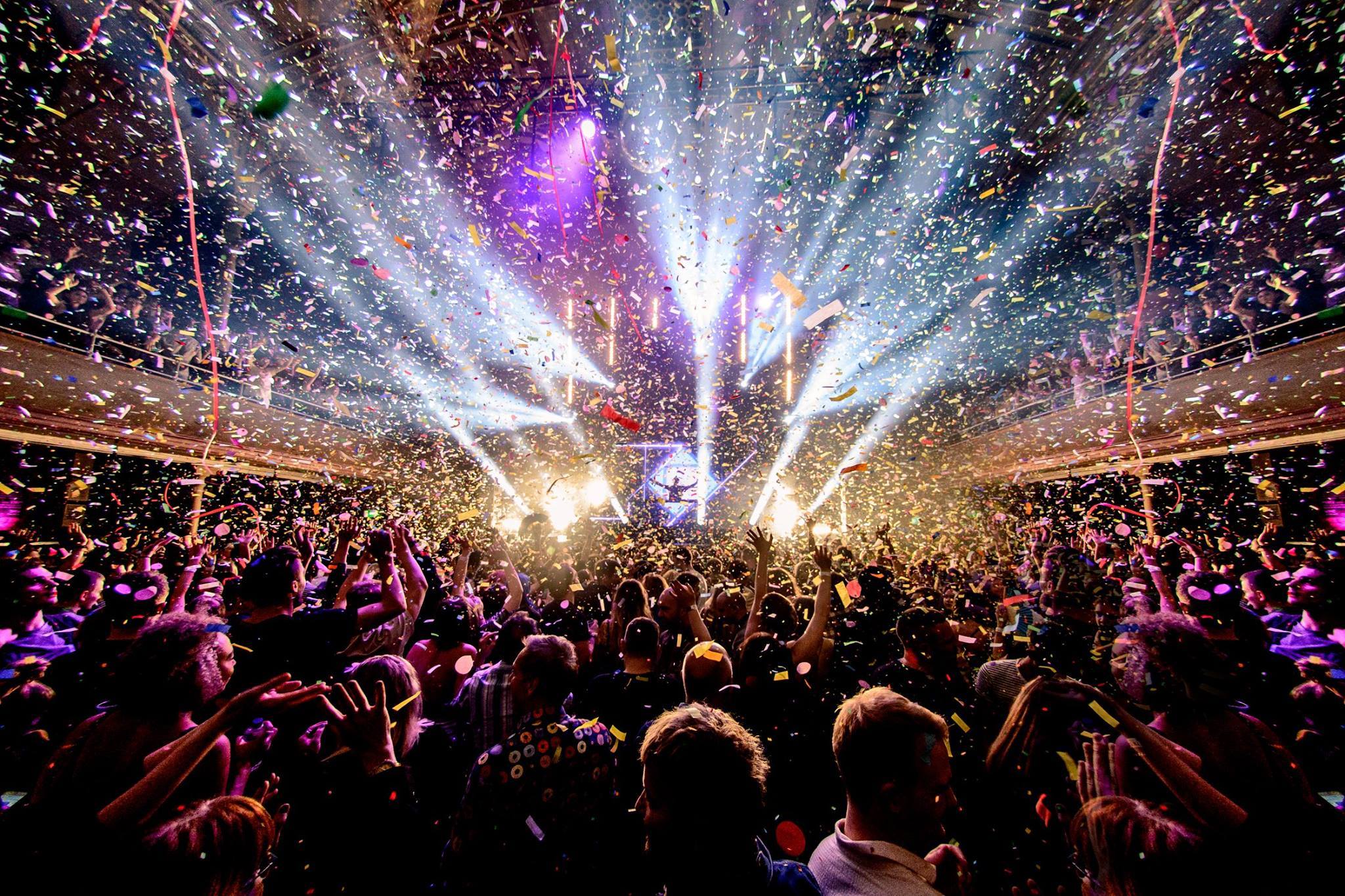 Prepare to descend into the Disco abyss with a gorgeously, disco-ey line-up of dreamy proportions:

Plus: A return of the infamous toilet rave, La Piscothèque. Prepare to get down and dirty in the bogs with queer collective Club Clam & The Nialist. 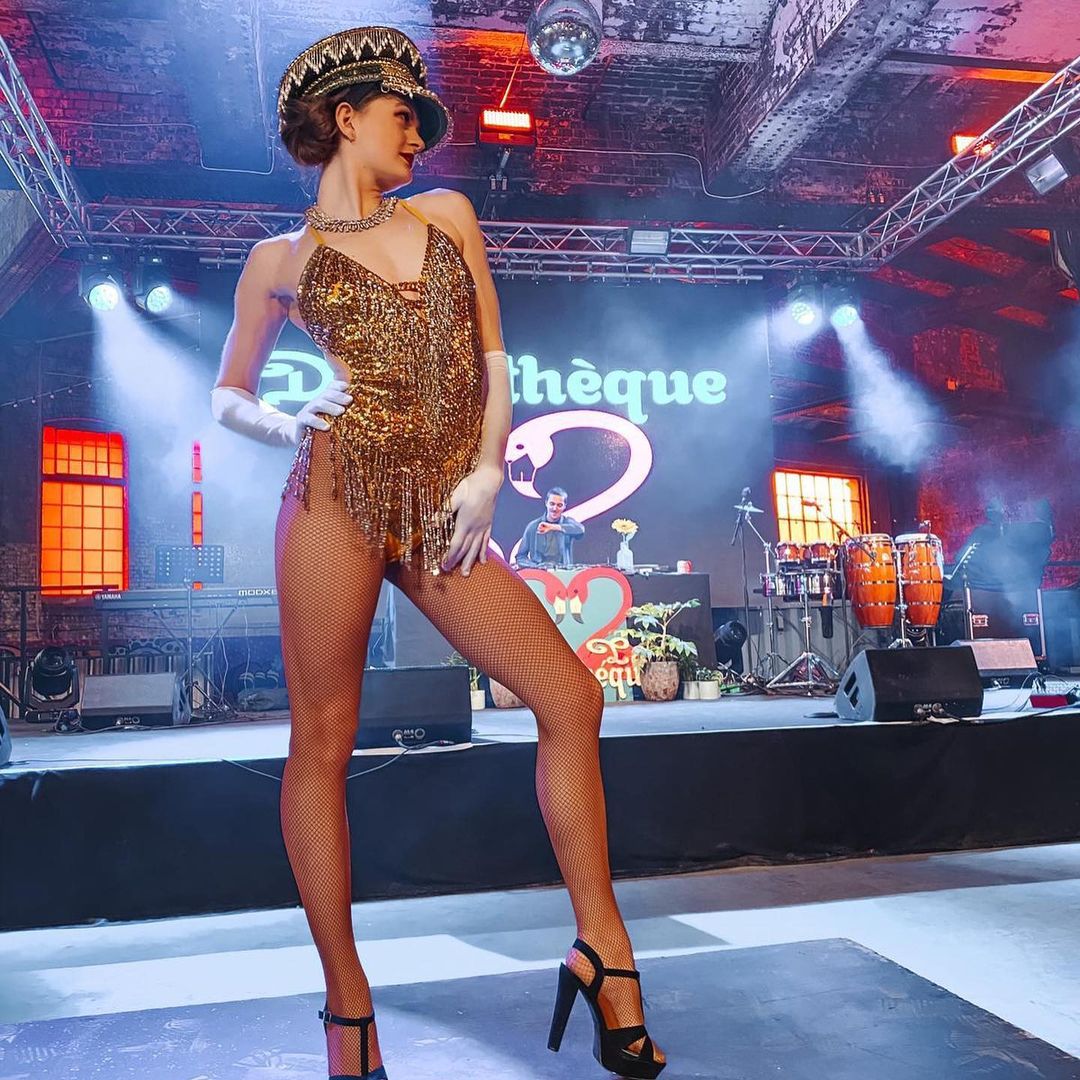 Since their intro into the world of producing back in 2011, British Electronic duo Maribou State have steadily built a glowing international reputation. They bring their warm and emotive blend of rolling beats for a Disco tinged DJ set not to be missed.

Disco doyeen, Colleen ‘Cosmo’ Murphy, is an undeniable musical tour de force. The audio connoisseur you want in charge of your party. She brings her enviable crate of understated gems to the La Discothèque main stage this December.

Disco Classical is the perfect combination of past, present & future anthems reinvented by their orchestra ensemble. They first graced the La Discothèque stage for their Easter weekend live-stream with their DJ and orchestral combo. They’re back on the La Disco stage, this time in real post-pandemic life. 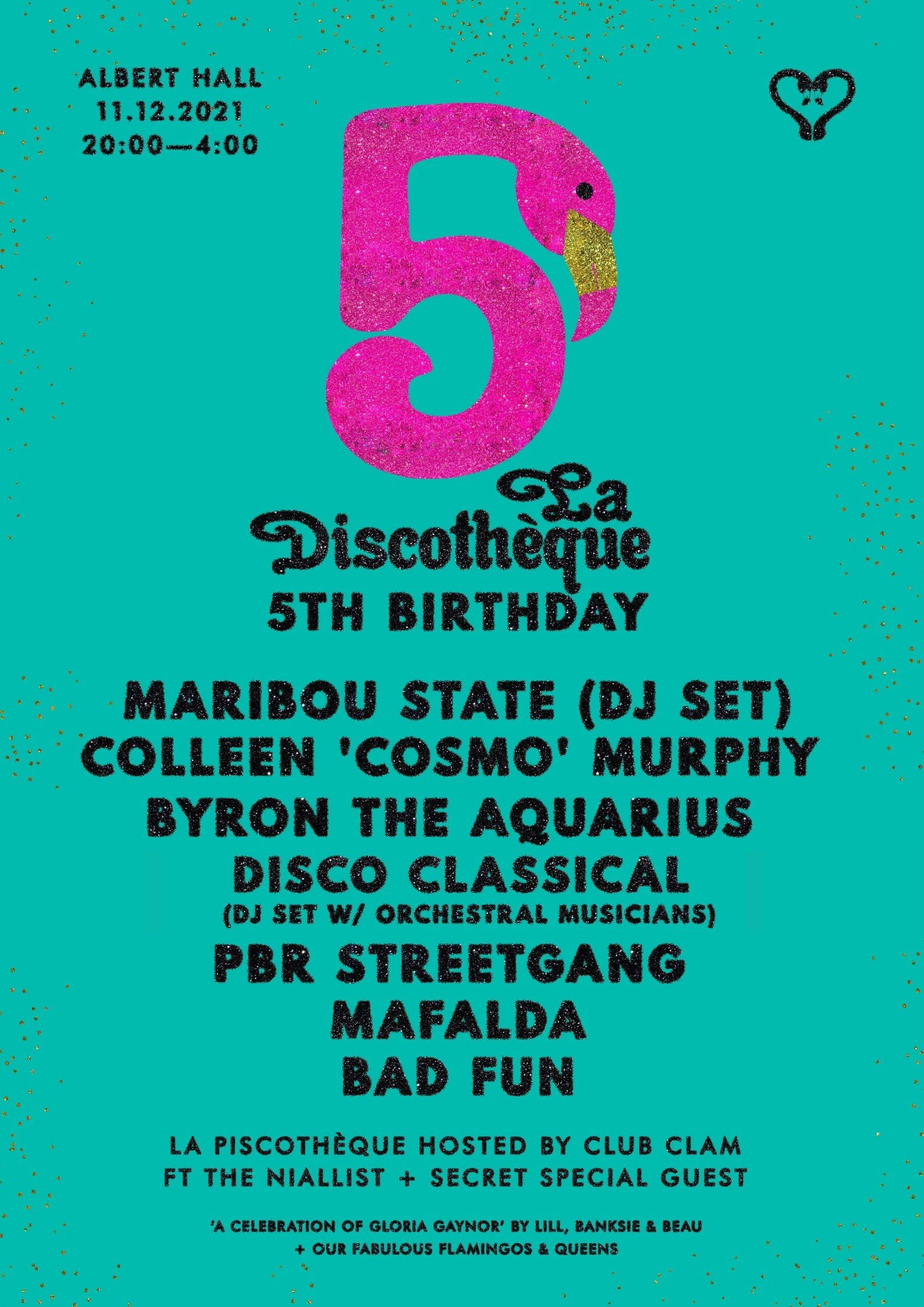 A keys player by trade, Byron The Aquarius’s love for melody and harmony is infectious. His raw, electronic sound is dripping with heavy underlying tones that are bound to keep you groovin’ until the early Disco hours.

As solid members of the La Discothèque family, PBR Streetgang have controlled the stage at many previous party’s. Always providing an eclectic selection of Disco, House and all the fun in between. Expect a top notch set of endless bangers.

Hailing from the sun, Mafalda is a shinning beacon for female producers and DJs everywhere. With a bursting collection of forgotten disco, funky soul & jazz we can’t wait to see what she brings to the 5th birthday.

Think you could survive a Zombie Apocalypse? (in Wigan!!?)