Following on from the release of their new album, Your heart, it carries the sound, Last Harbour are on tour. The Manchester based expansive collective are set to play the legendary Band On The Wall this coming Monday 26th March.

According to their press release they come from ‘the same tangled patch of briar as The Bad Seeds and Tindersticks‘ (Uncut) and are ‘rich and foreboding, tracing a thread back to the post-industrial landscapes of Joy Division’ (Drowned in Sound). Personally I think lead singer Kevin Craig’s voice is richer and infinitely more ruminative than that of both Cave and Curtis.

I have been fortunate enough to have a copy of Your Heart, it carries the sound, since its release on the 20th February. I have blissfully allowed it to soundtrack the more indulgently introverted parts of my life (the times when I have looked most elegantly black and white and slightly contemplative). Their earthy laments stray naturally in into a variety of styles, yet the consistency of Craig’s deep drawl allows their sound to maintain a strong and direct narrative. It is the deep, filemic thread around which the Last Harbour’s music weaves.

Your heart, it carries the sound, was written in isolation in a small Northumbrian cottage in October 2010 and recorded in April 2011 in St Margaret’s Church, Manchester. With producer Sam Lench, Last Harbour utilised the expansive church space and recorded almost the entire album live from within in. Lench intentionally used the architecture of the building to sculpt and shape the music.

When asked about how the song-writing process worked for the album, Craig explained, “well, once we had isolated ourselves, we each had little patches, or pieces of songs and brought them to the table. Some songs were fairly formed like ‘Never’ and ‘Annabel’. We’d just play through them and let them build up. We rarely spoke about them amongst ourselves. We’d just tend to zone into it. Some scraps of lyrics might come from that. Sometimes whole sets of lyrics just came out fully formed. The lyrics always come from the music. It can feel a little like the words were there all along.”

The specific nature of the writing and recording process was intended to place the band and album very much within a time and space. This seems to have created a piece of work that has a deeply ethereal and timeless quality to it. Their sound is interestingly cinematic, dark and introspective and the themes they explore, along with the accompanying album artwork, are extremely human and physical.

The intricacies of the recording process have encouraged the band to reconsider the ways they can transpose the album into a live show. “We’ve spent a while recreating the sound of the album, using instruments we haven’t used on stage before. There’s a fair amount of analogue equipment on stage.”

Considering its melancholic, reflective tones, Last Harbour have produced an album that is fantastically encouraging and ultimately uplifting.  To me, this seems to very much represent who Last Harbour are as a band. Kevin Craig expanded on this, “I don’t know if it defines us, but I think we’ve always tried to do just what we want to do and create music that we’d like to hear, whether that’s fashionable or popular or not. I think for all of us, Last Harbour is an outlet for something.”

With support from Easter and Vei, the band will appear at Band On The Wall on Monday 26th March. Doors open at 7.30. Tickets are available from Band on the Wall’s box office, Common (both no booking fee), Piccadilly Records, Vinyl Exchange, Seetickets.com, WeGotTickets.com, Ticketline.co.uk, Ticketweb.co.uk and on 0871 220 0260.

Your heart, it carries the sound was released on 20th February by Little Red Rabbit.
You can hear more of Last Harbour here. 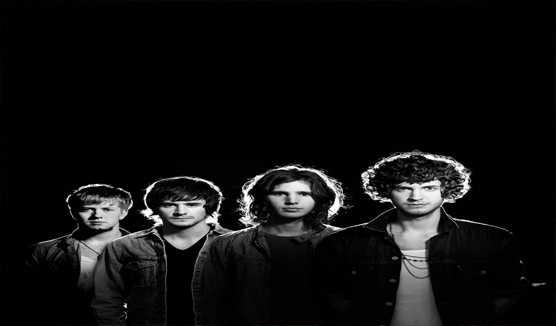