Manchester’s iconic Band on the Wall set to reopen in March after £3.5m Expansion

Following the completion of the £3.5 million expansion project, Band on the Wall will open its doors this spring. 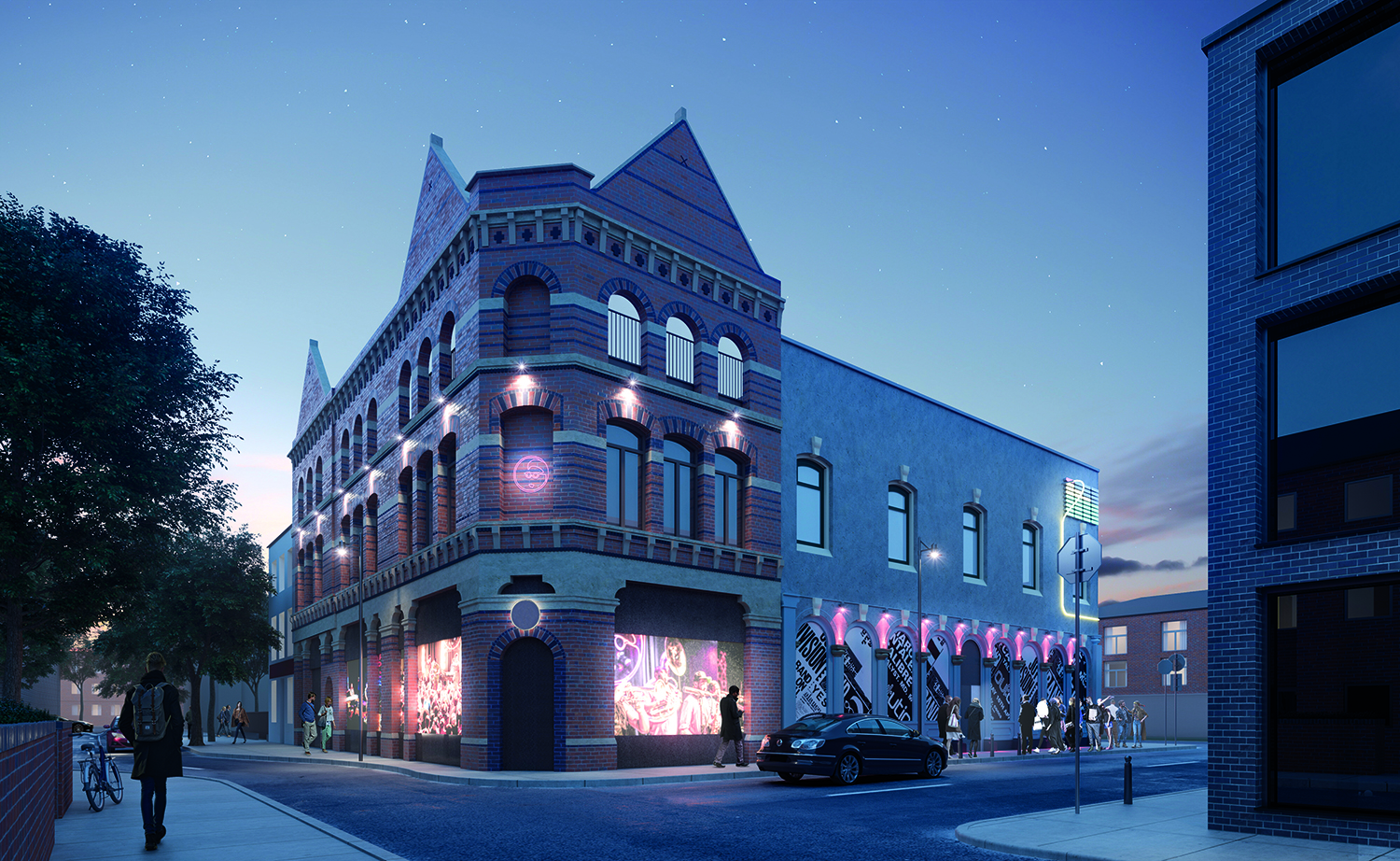 The venue, with its 200 year history, has been transformed with the main room capacity extended to 500 and a whole floor dedicated to its innovative learning programme, World of Music.

Band on the Wall’s international outlook and reputation stems from its longstanding relationship with Manchester’s migrant communities. The building dates from 1803 and has been a hub for Manchester’s music scene and world-renowned cultural sector ever since.

The name ‘Band on the Wall’ comes from when the venue was known as The George and the Dragon pub, where performers would play on a stage situated halfway up the wall. 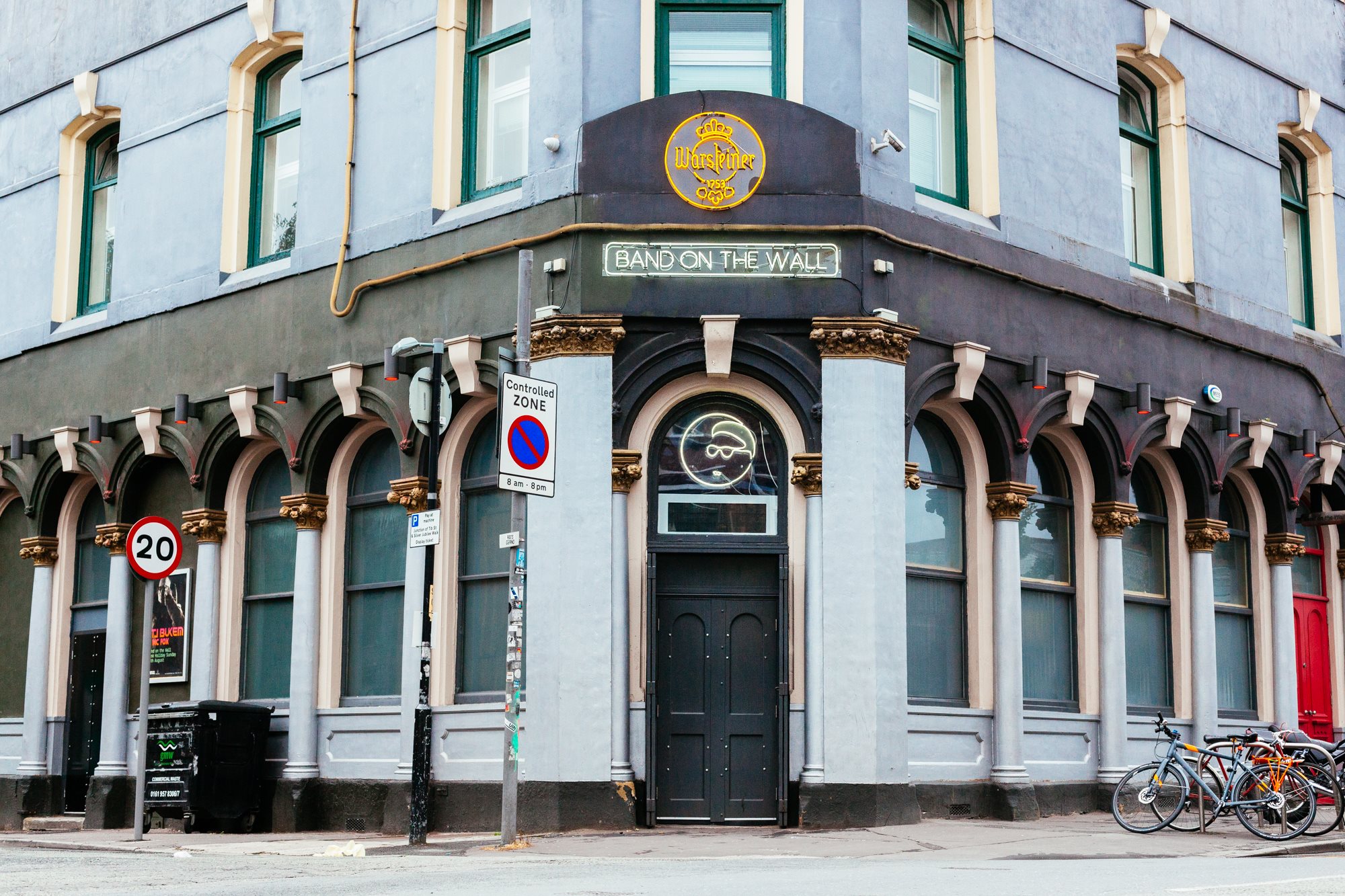 From being at the epicentre of Manchester’s punk scene in the late 70’s, where some of the earliest performances of the likes of The Fall, Buzzcocks and Joy Division took place, through to hosting a young Björk, Nadine Shah and Sun Ra Arkestra and everything in-between, the venue closed its doors in 2020 to begin work on the ambitious project.

As a registered charity since 1984, the driver for the transformation of the venue is to create a collaborative hub for young people, the local community and Manchester’s creatives, and to celebrate the cultural diversity of Greater Manchester. 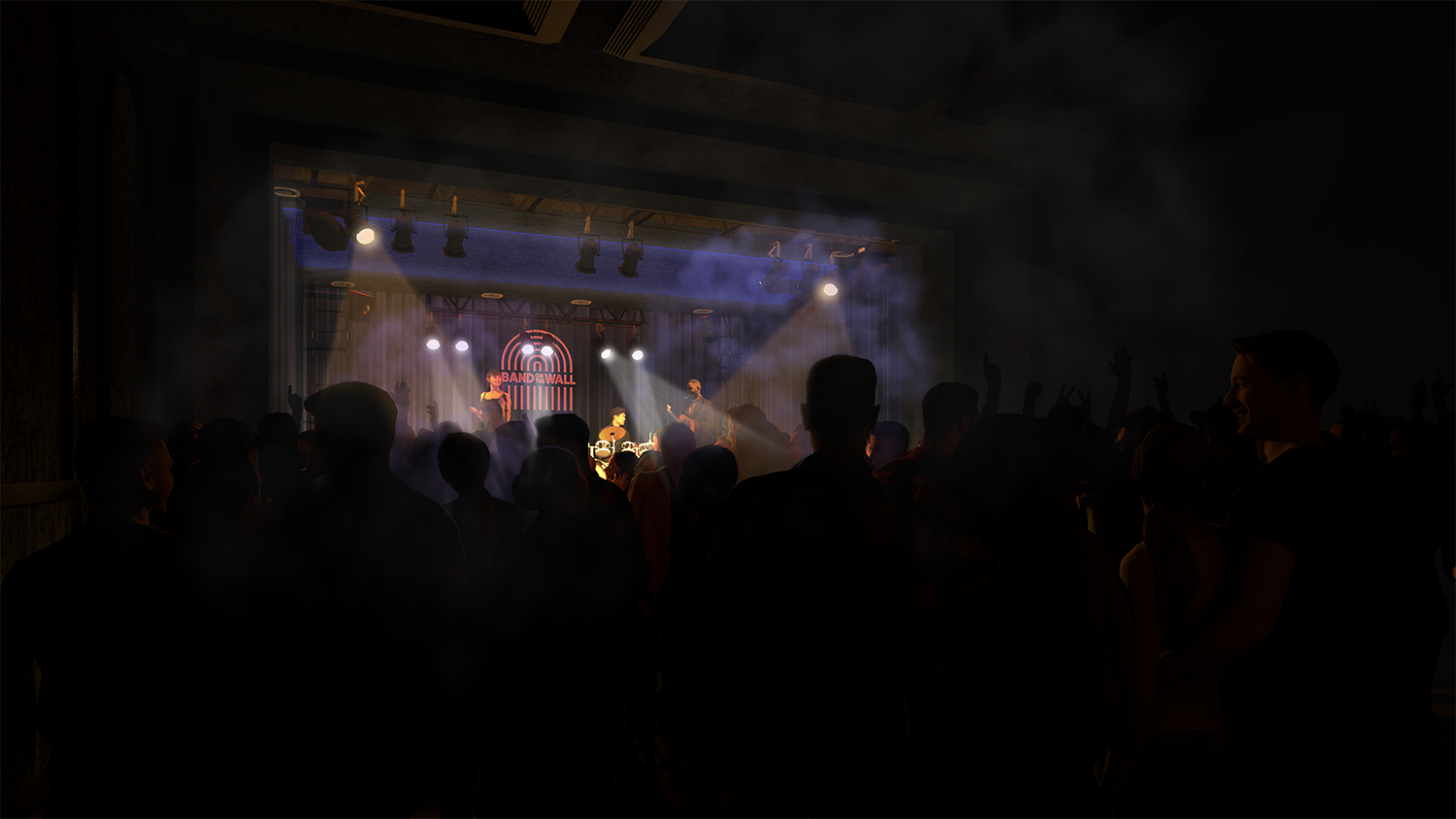 Designed by Manchester-based architects OMI, with accessibility in mind, Band on the Wall’s ground floor step-free entrance leads into both the venue’s main performance space – which has an increased capacity of 500 – as well as access to the grand and ambient bar space.

The new bar space, which will serve hot and cold food also has a new stage for smaller capacity performances (up to 80 people). The bar area will open during the day to serve as a community space and will be open for free to the general public. Both the bar stage and main stage are designed with step-free access.

The venue has been expanded into the three-storey Cocozza Wood building adjoining the back of Band on the Wall. The historic building dating back to the 1860’s has been described as a highly ornamental ‘tour de force of High Victorian Gothic’ and as the earliest surviving local example of commercial chambers. 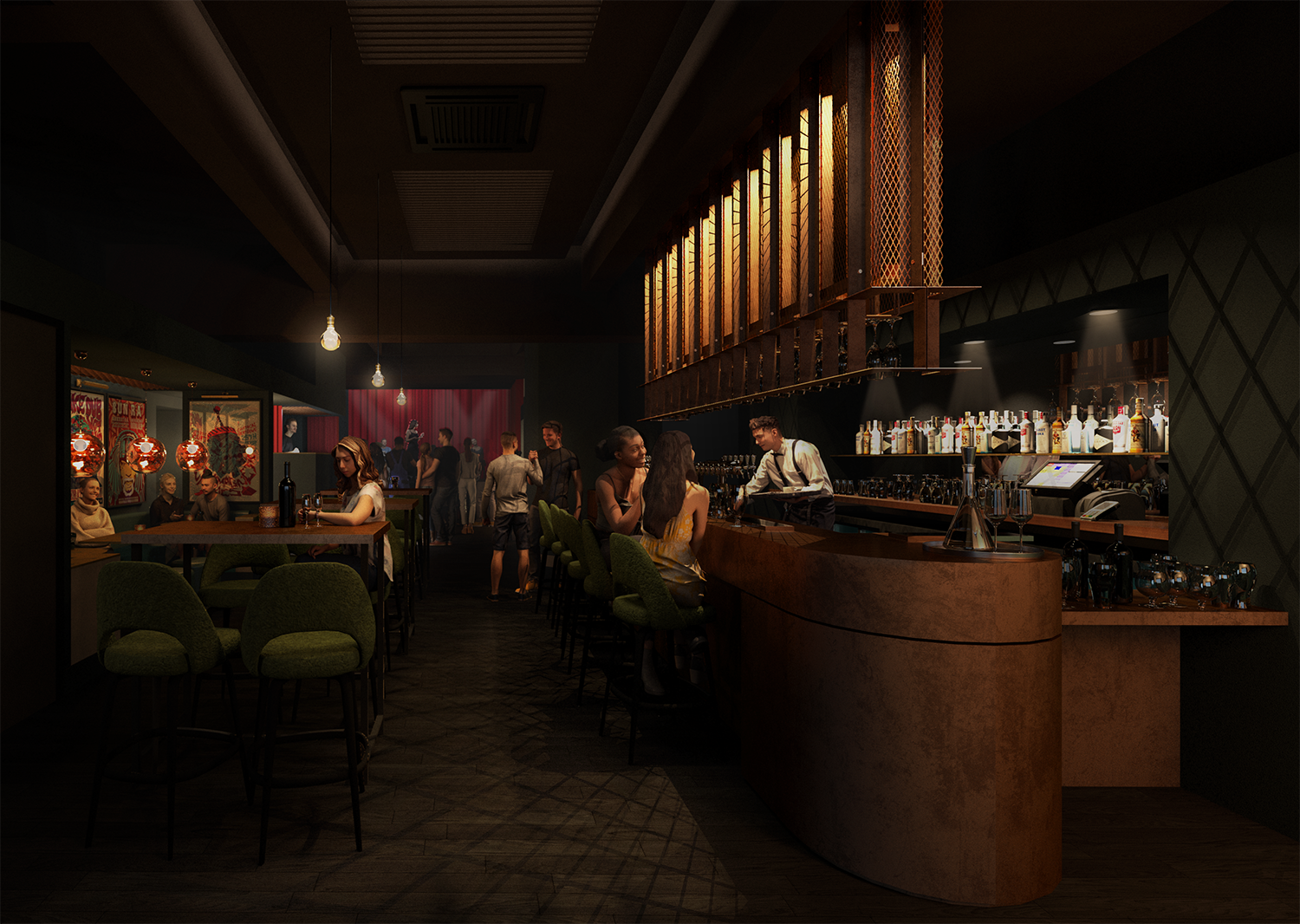 Following its closure, the building has been unoccupied and deteriorating since 1972. Now, the Cocozza and Band on the Wall buildings have been joined together to form the larger ground floor venue space and upper floor learning suite.

Band on the Wall continues to nurture a hotbed of Manchester talent with local and grassroots community projects. The first floor is a dedicated space for Band on the Wall’s learning programme, World of Music – a broad and integrated programme of heritage, music, learning and research projects. 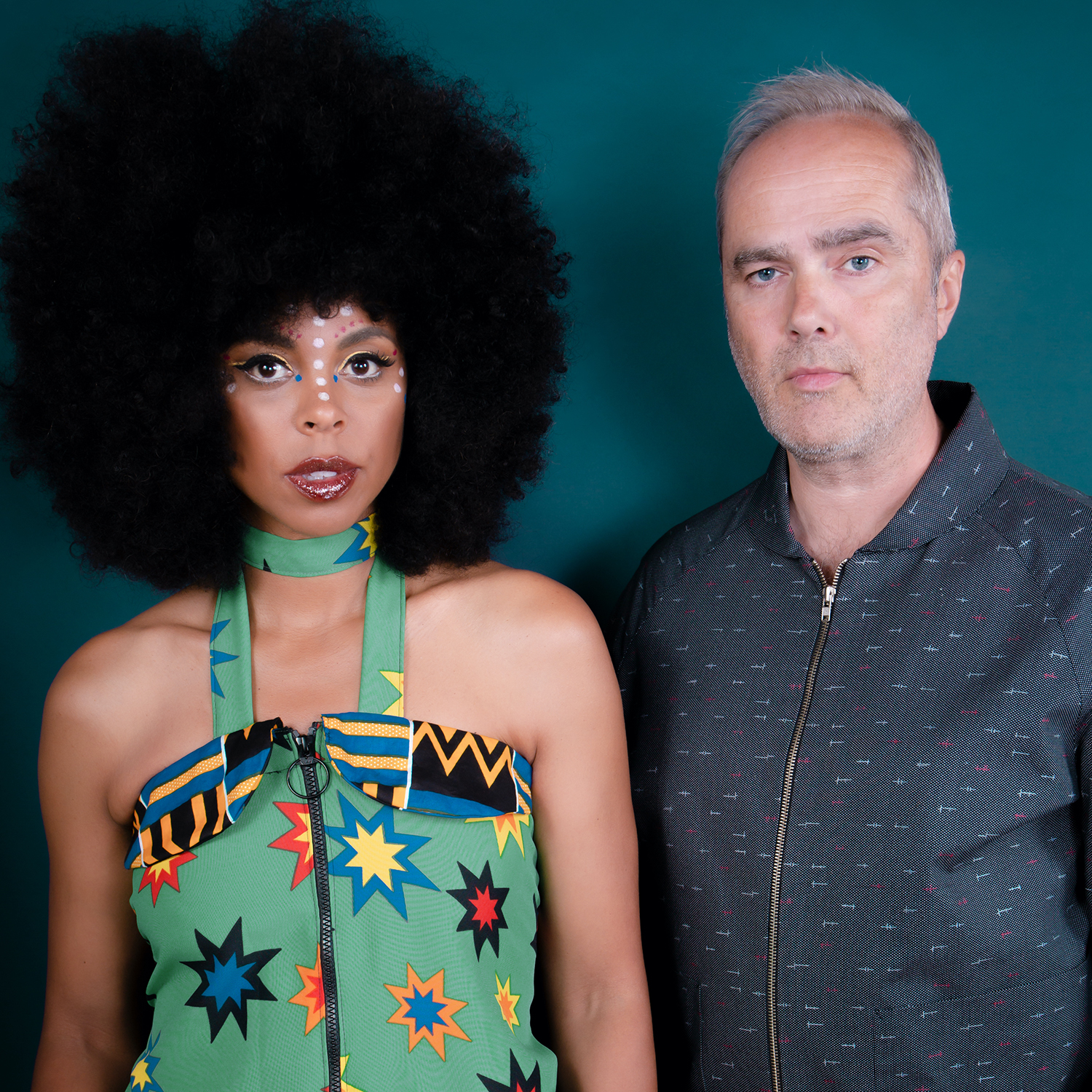 Gavin Sharp, CEO of Band on The Wall, said: “Band on the Wall has always been bigger than just a venue, and over the last two years we’ve been very busy working on our expansion project – including an increased main venue capacity, new café bar, a second smaller performance space, and significantly enhanced and expanded learning facilities to support our exciting and brand-new learning programme, World of Music. We are delighted to open our doors once again this March, and we look forward to welcoming guests back to our newly improved venue.”

Jennifer Cleary, Director, Combined Arts & North, Arts Council England,
said: “Band on the Wall is an iconic music venue with global recognition. It has been a wonderful journey seeing the venue modified and modernised, whilst keeping its historic charm, and we have been pleased to support this redevelopment with National Lottery funding through our capital programme. We look forward to seeing the new possibilities that the re-opening of the venue will continue to bring – both locally and internationally.” 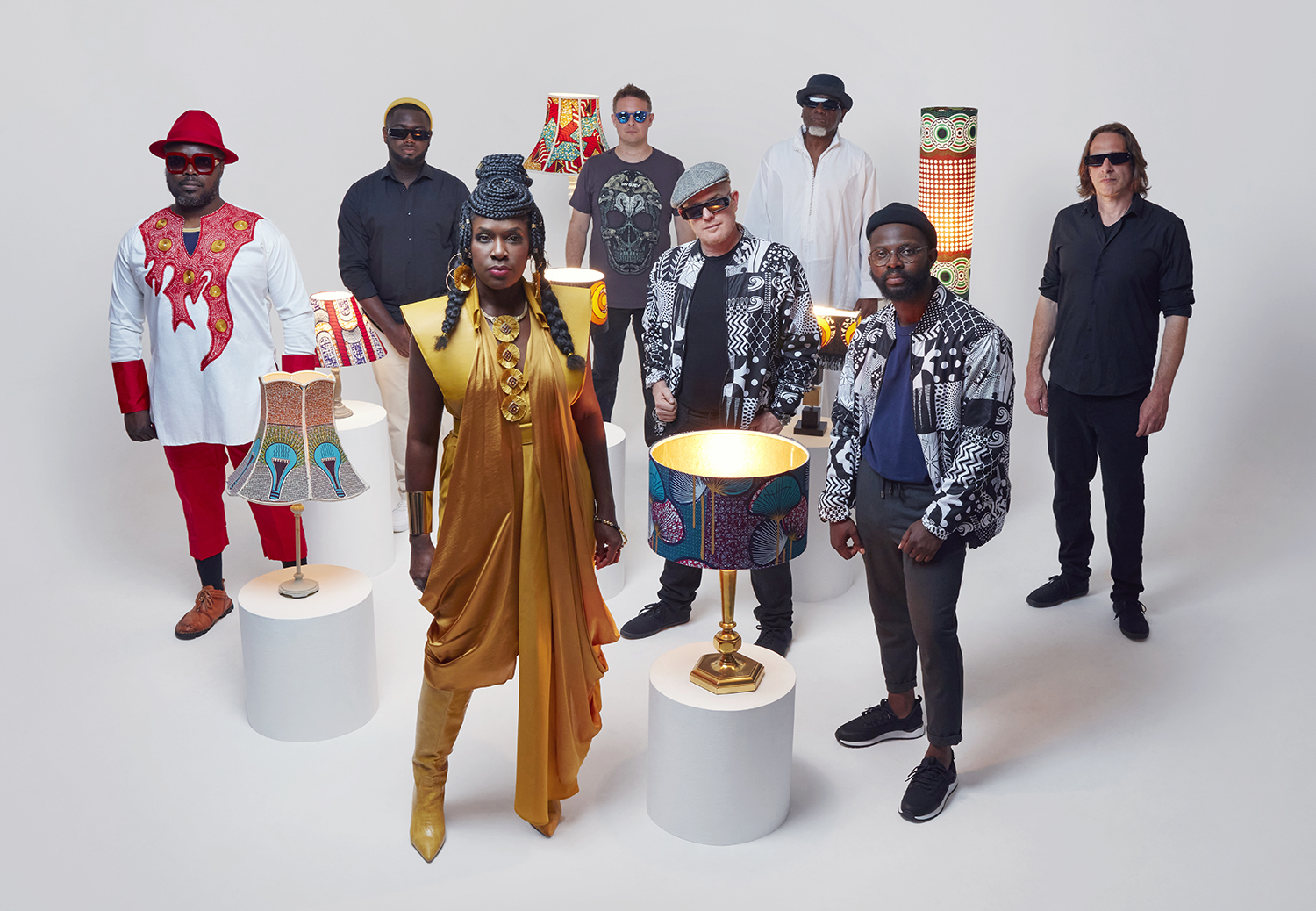 David Renwick, Director, North of England, The National Lottery Heritage Fund said: “Thanks to National Lottery players, we are proud to support Band on the Wall and its growth as one of the UK’s leading creative and cultural venues – with an important and diverse heritage that dates back from 1803. We are really excited to see its programming unfold – and especially to see new talents from their learning programme, World of Music.”

For Band on the Wall’s much anticipated reopening, fans of the venue old and new can expect a jubilant celebration of Manchester’s international musical heritage.