Means&3rd and Kerrie on New Labels After Lockdown

Ahead of Eastern Bloc's takeover at The White Hotel this Friday night, we speak to two of the store's finest about launching imprints and getting back to the party 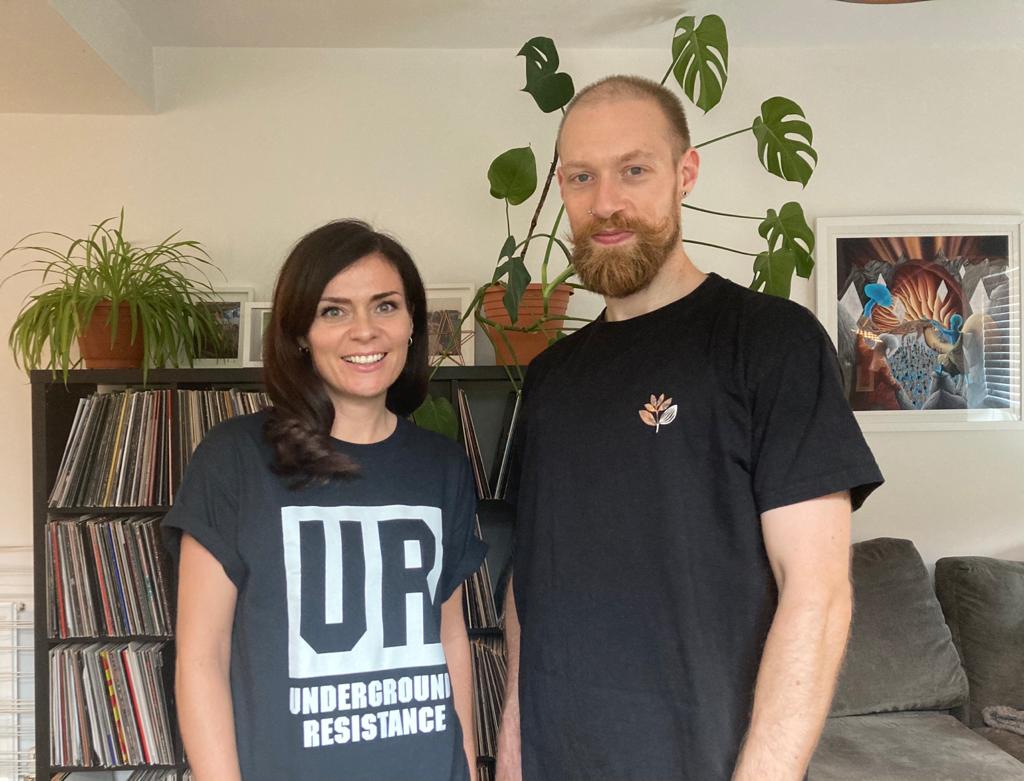 “It’s really good to have something positive come out of COVID,” says Kerrie ten minutes into our conversation at the Levenshulme home she shares with partner, fellow Eastern Bloc Records employee and Manchester techno-ist, Means&3rd.

When it comes to 2020’s trends, the idea we should use The Great Pause productively — learning languages and cultivating allotments — was among the more reductive. A huge discount on the strain of lockdown, nevertheless this year is proving some people did manage to knuckle down.

In this instance evidence comes in the form of two brand new Manchester record labels, Kerrie’s Dark Machine Funk, and Unveiled Nuance from Means&3rd. Respectively debuting with the ‘Inner Space EP’ mid-June, and three-track ‘Thought Contortion’ on 4th August, both are the result of determination against difficult odds. Not least learning how to use Affinity design software to create the logos and sleeve art.

“The [electricity’] went in the studios, and there was a fire in the building, Wellington House. So, you know, we had just started getting into the mindset of ‘right, now is the time to focus on the labels’, then that happened,” Means&3rd recounts of how the coronavirus arrived, then they lost their studio workspace. 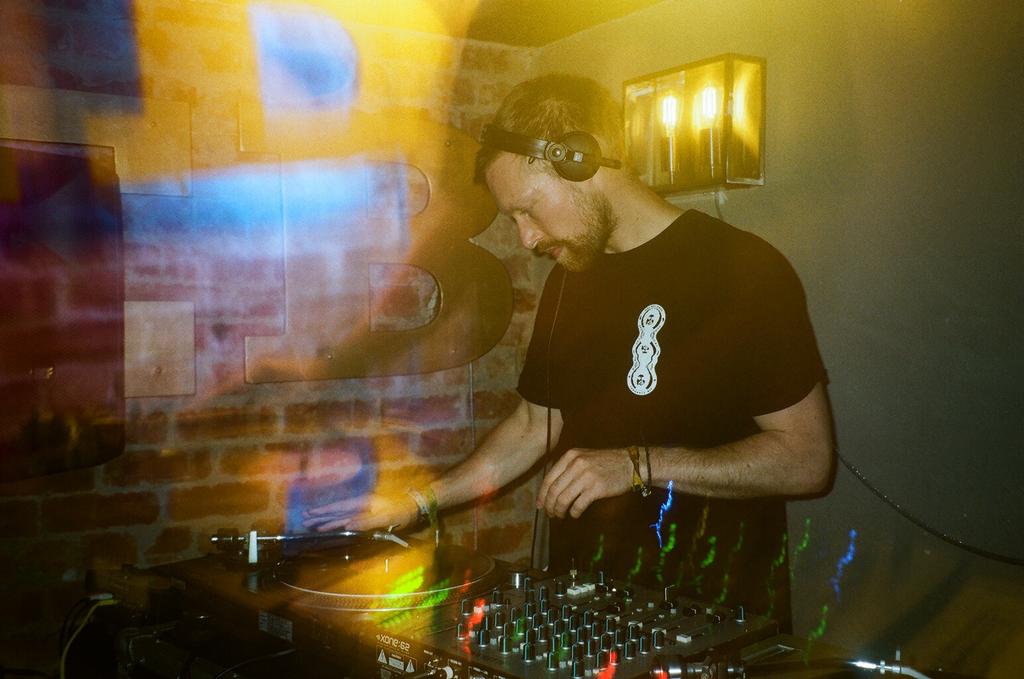 Means&3rd in the booth at Eastern Bloc Records

“So we moved all the kit here,” Kerrie gestures to the apartment we’re in, the room next door filled with synths, racks and drum machines. We ask how easy it was to keep focused as the world descended into isolated confusion. The answers reflect how individual and changeable the pandemic experience has been.

“I managed to be really creative in the first couple of months,” Kerrie replies. “Maybe eight months in, when it started changing to the winter of 2020, I think I started to get really anxious about the whole situation.”

“I kind of look back and I’m a little bit frustrated more than anything,” explains Means&3rd, conceding that getting his label off the ground meant new productions took a back seat. “I can’t wait to get my head back in it, but it has felt like the gigs needed to come back — I need a DJ booth.” 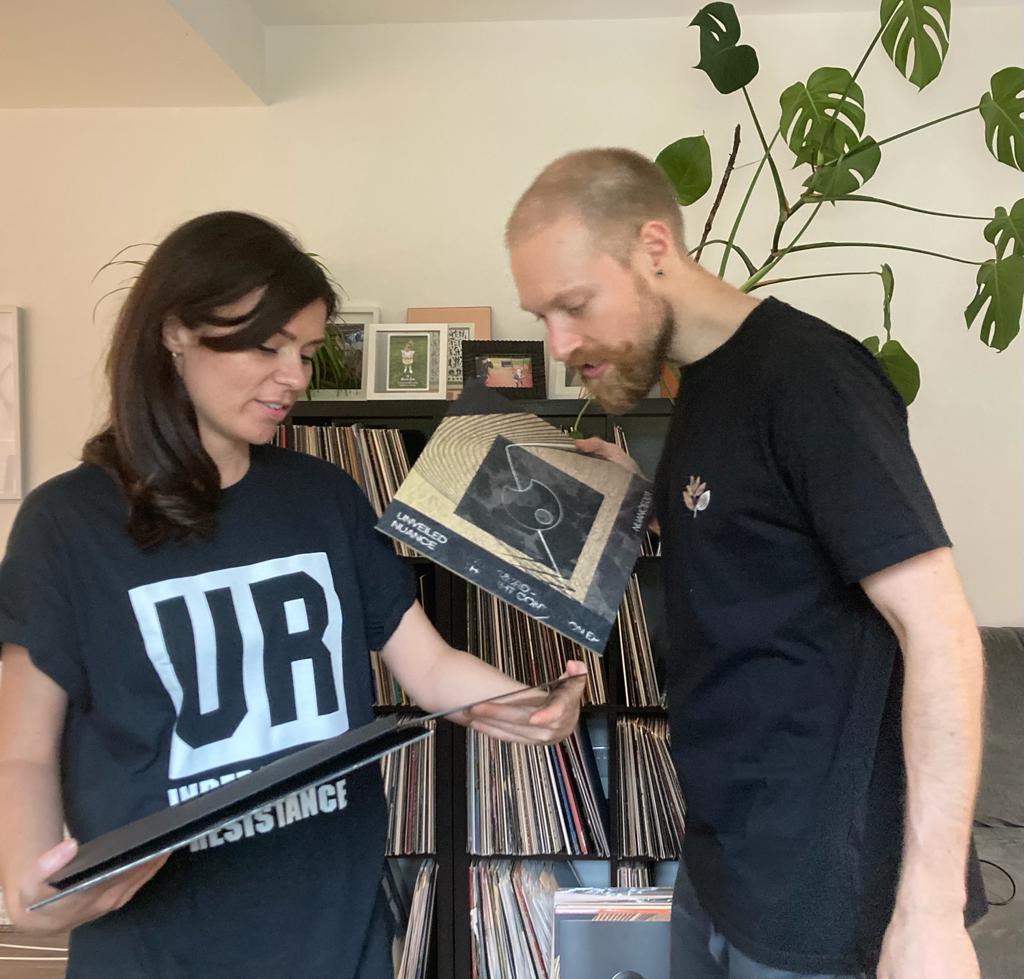 Fire-damage and money worries caused by the collapse of the club nights weren’t the only problems. Both producers sent pressings back, unhappy at the initial engineering, at which point they were then faced with well-publicised major delays at vinyl plants. It took the best part of a year for replacements to arrive.

“It’s just been put back and back and back,” says Means&3rd, before moving on to the feeling of finally seeing this labour of love’s fruits. “We’ve both gone through Rubadub for distribution. We spoke to the guys to organise copies for ourselves to have here, for Eastern Bloc and Bandcamp. We’ve been pretty shocked to see we’re able to shift a good amount like that, which is cool. It’s nice to see you’ve got that at your disposal — people are willing to support you.” 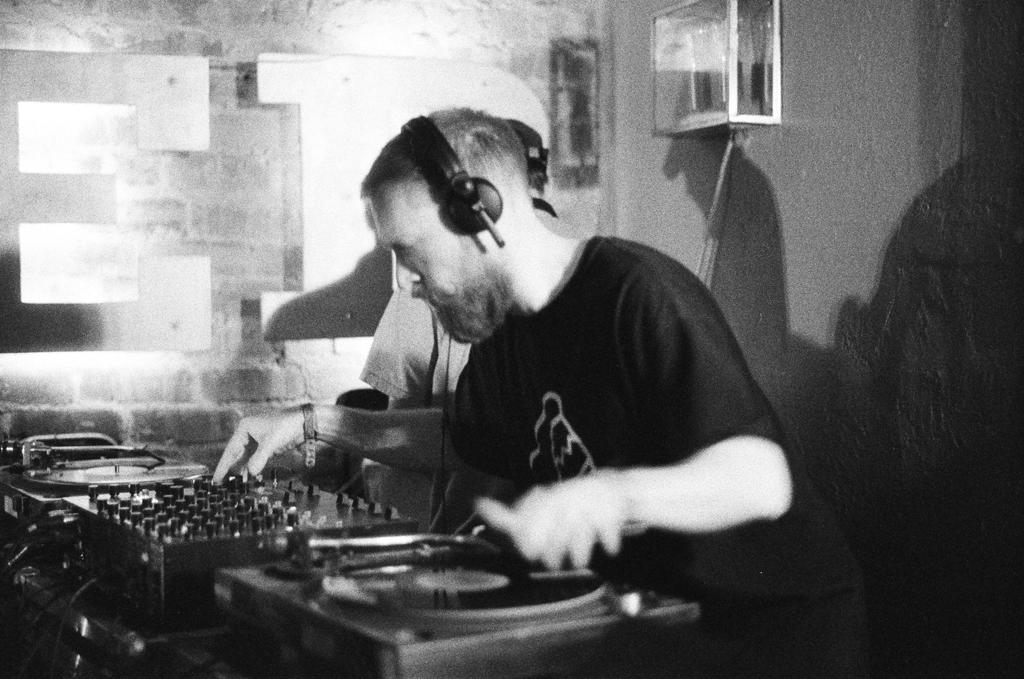 Support is certinly justified given how much each has put into the Manchester club scene. Means&3rd’s residency at Bohemian Grove, regular appearances at the likes High Hoops and The Warehouse Project, and job as buyer at the treasured Eastern Bloc Records. An institution that has existed, in some form, since 1985, Kerrie has helped transform what was a shop into a party hotspot, programming in-store events.

Meanwhile, her appearances at Berlin’s Tresor and FOLD in London, and releases on the likes of Semtek’s Don’t Be Afraid and Sync 24’s Cultivated Electronics, speak volumes about rising status.

“I just want it to reflect how I’ve shaped where I’ve gone with DJing and what I’m into musically. I’ve always been a techno head, fact, but my taste is massive in range,” Means&3rd tells us of the new imprint’s direction. “And I think within the UK what I’m about isn’t well represented. It’s very European, the sort of heavy, trippy, head fuck-y kind of shit.”

Kerrie also has sights set on presenting the sound of her sets on record, while also reflecting surrounding environments. “Even just with the name, Dark Machine Funk, I mean I obviously use machines but also industry — we are in Manchester, which is an industrial city.” 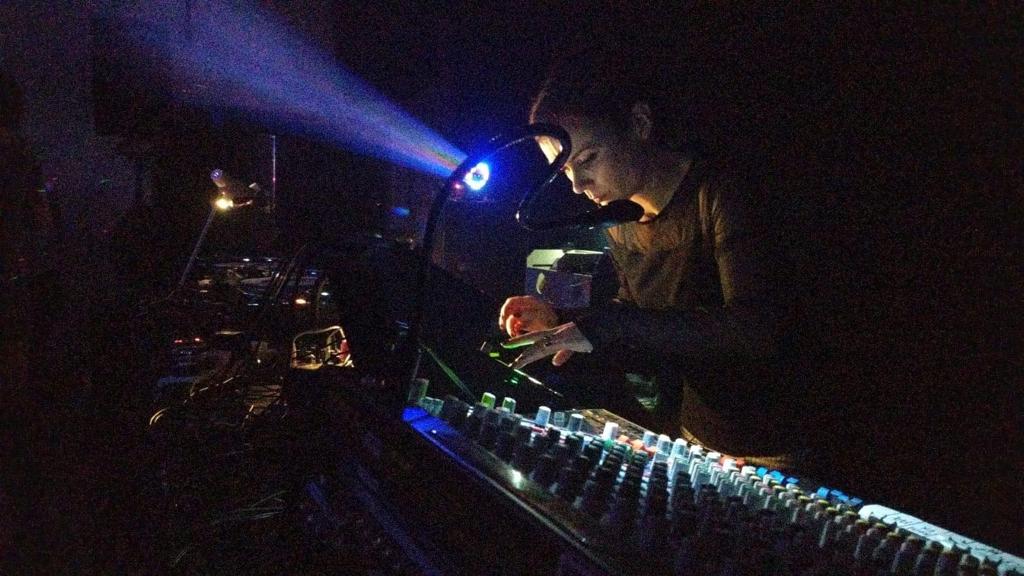 Kerrie will play live at The White Hotel on Friday

This Friday 13th August sees the pair join fellow Easter Bloc don Jim Bane for the first party linked to the shop since coronavirus broke out. Fittingly, the city’s favourite industrial unit — The White Hotel — will host. With two new labels to honour, not to mention the reunification of a regular, familial crowd which has been kept behind closed doors for 17 months, ‘celebratory’ and ’emotional’ are words that spring to mind.

“I think we’re both very proud of like, what it is like Manchester, do you know what I mean. Everyone is a big community, everyone supports each other. I always used to love saying that to people visiting,” says Means&3rd. “London has always been the one, but that has changed, Manchester has sprouted… I mean, you see all these flats going up and can think it’s not like what it used to be, but it’s still got that buzz and you’re going to be hard-pushed to ever make that disappear.”

Follow Unveiled Nuance on and Dark Machine Funk on SoundCloud.