We managed to grab a quick catch up with Oscar Cash, the band”s talented keyboardist and saxophonist, to ask him how things were going since the massive success of current album, The English Riviera.

How are you, where are you now and what you up to right now?

I”ve just got back from London, to my home in Brighton, and after chatting to you, I”m going have some dinner. I think I”ll have fish. (Oscar is the self-confessed food enthusiast amongst the group fyi).

You guys have played around one-hundred dates across Europe, Australia, South America and the US since the release of the album last April, that”s intense! How’s life on the road?

Great really, yeah. It”s been a crazy and exciting year, and if the record hadn’t been so well received then it would have felt like work I guess, but it didn’t.

South America was a particularly great place to visit, and I’d love to go back there and spend some time looking around. And Australia too, we felt like we were cheating being in the beautiful sunshine in the winter – it’s a great place for a holiday, but I’d miss England if I stayed there for too long.

Are you still loving playing the album? How do you keep each show fresh for you? What song do you like performing the most and why?

We”re still really enjoying all the songs we perform, and we changed each performance and the way we play the songs, introducing strange little segways and experimenting. I”d say ‘Some Unwritten’ is my favourite track to perform off the new album, as it’s a bit of a departure from the other stuff, and changes the mood of the set.

So this time in Manchester you”re part of the NME Awards Tour, joining Two Door Cinema Club, Tribes and Azealia Banks. Are you into their music, and are you looking forward the tour?

I saw Azealia Banks live a while ago, and liked her – I”ve heard a few of her tracks and think she’s pretty awesome. Tribes, again I”ve only heard one or two tracks but really like them, and we know all of Two Door Cinema Club’s stuff. It just feels like it’s going to be quite fun, cos we’re not headlining or anything, we can just enjoy it and have a laugh. So yeah, looking forward to it!

Last September at your Manchester Academy 2 gig, the audience struck me as really diverse – mums and dads and students and hardcore musos and all that’s in-between. Do you enjoy online casino this variety of fans everywhere, or is it unique to Manchester?

I know what you mean about that show in Manchester, it was a really great mix of people. But we do actually get a pretty broad audience everywhere we go, I don’t know why. I suppose the Mercury Music Nomination got us the muso fans, and a long time ago we toured with Kate Nash, so I reckon we gained a few mums and daughters from that. But we’ve been playing for a long time, so we”ve built up fans from all over I guess.

You”ve been to Manchester a fair few times, and each time the venue gets bigger, from the Deaf Institute, to various venues at the Academy. What happens when the only place left to play is the MEN Arena? Can you see yourself doing a stadium tour one day?

It would be pretty amazing if that ever happened. But I guess we”re Interested in where we are for now. Playing a stadium is whole different prospect, it”s doing something totally different, so we’d have to have progressed enough to handle it. One of my favourite gigs was at the Albert Hall though, that was amazing. We just tried out some silly ideas that happened to work!

Will the lights be making a comeback when you return to Manc for the NME tour? And the jazzy dancing?

Yeah, we”ve still got the lights (famed to have originated from a poundshop but now sophisticatedly controlled in time to the beat). It”s a different set from last time, and there”ll certainly be some interesting bits – I”m going to try and get the band to learn some moves too.

Festival season is fast approaching, and we know you”ve grace Manchester”s Parklife in the past (last year), any festivals confirmed as of yet? What’s the best festival you’ve played at, and the best one you’ve attended.

Yeah we”re confirmed for Latitude and Rockness, so far. Not sure about any nearer to Manchester just yet. We”ve got a real fondness for Reading and Leeds Fests, as we”ve played there five times in a row now. Glasto was obviously a high too. As a visitor, Reading was the first festival I ever went to, and it was where I saw Les Rythmes Digitales, and that was what made me want to be play keys, so it was a pretty pivotal moment really. None of my pals were bothered about it though, so they stayed at the tent and I went on my own. Totally worth it, awesome.

You can vote for Metronomy”s The Bay (from the album The English Riviera) as best Dancefloor filler in NME 2012 awards (and you should! Although shame they”re up against Azealia Banks” undeniable banger 212). The winners will be unveiled at London”s O2 Academy Brixton on February 29, 2012. 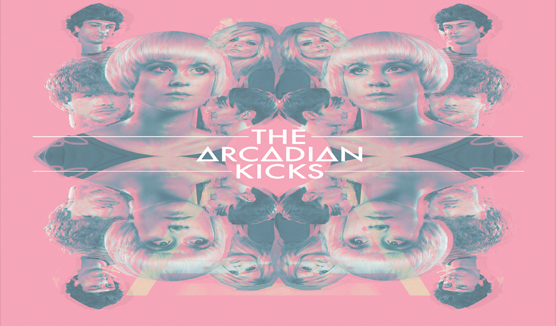 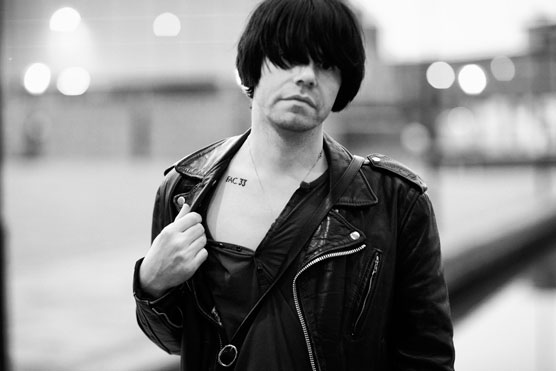