The circus is coming to town: Illuminaughty takes over Manchester Academy for biggest event to date, tickets are now on sale for the 7th Birthday of Manchester’s premier performance-based clubbing experience.

Clubbers in the North West will get the chance to ‘run away and join the circus’, with the next instalment of Manchester’s premier alternative club land experience, IllumiNaughty.

Taking place on Saturday February 9, and with a deliciously sinister circus theme, IllumiNaughty Chapter XXVI: ‘Welcome to Our Circus,’ bursts back onto the Manchester rave scene to celebrate its seventh Birthday with a generous helping of bass-heavy beats and enough carnivalesque to tip your top hat at.

Revellers in Manchester are invited to come and join the Birthday frivolities, as the Goblin and his tribe transform Manchester Academy into a multi-room funhouse for their biggest party to date.

Clubbers can expect to be dazzled by an array of circus-themed aerial performers, pyrotechnicians, acrobats, escape artists, angle grinders, jugglers, magicians, story tellers and illusionists, all aiming to bewitch, entice and inspire.

February’s event promises an impressive line-up of international DJs from the psytrance, trance, breaks and electro scenes, boasting specially choreographed performances from a host of popular visual artists from across the UK.

Headliners include energetic Ukrainian psytrance DJ, SynSUN, fresh from Tomorrowland festival in Belgium, who joins Illuminaughty for his first ever UK appearance, along with legendery Gaudi, who is joined by internationally acclaimed Belgium psytrance act, Ephedrix. Other headliners include the UK’s own Monk3ylogic, who will be serving up a cutting edge slice of underground breaks, progressive and electro genres, and world-class trance act Micky Noise, one half of psychedelic trance band, Wizzy Noise.

The brainchild of local event organiser Lefteris Angelidis, IllumiNaughty is one of Manchester’s largest club nights.

Founded in 2006, the event, which at its launch played host to just 280 people at Manchester’s Zoo Club, on its seventh Birthday, now attracts audiences of over 1500 people, making it the single largest psytrance party outside of London.

Commenting on the event, Lefteri said: “After selling out Sankeys for the Halloween Takeover, the show must go on! We are grateful for the huge response we received from those who came to the last event, and have listened carefully to all of your feedback to make sure that we hit the ground running for 2013, with an event designed to knock your socks off.

“With multiple rooms and oodles of artistic eye-candy, this Chapter will be the most ambitious yet. As well as our trademark IllumiNaughty Room, we’ll be keeping everyone on their dancing toes by bringing back the IllumiNasty Room – a space dedicated to twisted beats and bass-heavy breaks.” 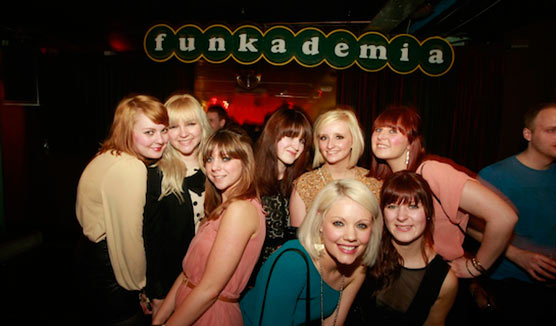