The Heaton Park event will be aiming to provide an environmentally friendly weekend for all party goers.

Ahead of an eagerly anticipated 10th anniversary edition, Manchester festival Parklife will be enforcing their Green Pledge scheme again this year, with

Looking to tackle several of the most important topics, the scheme will see Parklife ban all plastic straws from bars at the event, with attendees encouraged to make use of the cup return initiative. With no polystyrene cups or trays used at Parklife 2019, the festival will also clamp down on the use of sachets by banning them entirely from the event.

Using only hybrid generators, Parklife – who endeavour to make 60% of their cups entirely non-plastic – will also encourage festival goers to share cars or use public transport on their way to and from Heaton Park, in a bid to cut down on fuel emissions in the local area.

With a range of A-List artists including Cardi B, The Streets, Solange, Eric Prydz, Migos, George Ezra, and Khalid all set to perform at Parklife 2019, revellers will be offered 16 stages of music across two days as well as a variety of benefits which are included in all ticket options.

Perks including access to a range of Parklife club series events featuring special guest appearances from acts on the festival bill plus a 20% discount at ASOS. 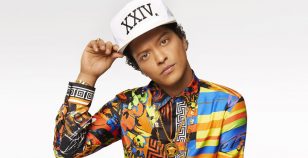