First you have mega-music retailers – Have they got it? Is it on special offer? Can I get out quickly? You have downloads – Check my emails, see who’s tweeting, download that album.  Then you have proper independent music shops.

When I was a wee R.E.M. album buying whipper snapper, I not only used to look forward to going to the indy record stores near me, I actually used to dress for the occasion – Do I look indy/electro/alternative enough? Need more eyeliner!

Loaded with spends/tips/wages, record stores were a place where mutual bonds were forged, new bands were formed and new musically inspired fashions coveted.

Don’t get me wrong, I’m not rose-tinting this into some 80’s teen drama, (although the inside of Grove Records on my high street did resemble Trax from Pretty In Pink), all I’m saying is a trip to the record shop was a cultural experience: tips were shared; conversations were had; bootlegs were got (cue Gollum style “My Precious” gloating.

While many think the download revolution has put a stop to such creative consumerism, it is simply not the case. It has­ changed it for sure. The music buying landscape has been left with undeniable scars, as many of our much-loved music stores simply could not compete and had to close. Let’s face it, who can resist the instant pleasure of a “buy it now” button. But, very much like drinking a Jagerbomb, once that initial thrill has gone, you are left deeply unsatisfied and feeling more than a little bit cheap.

Cue the return of the independent music store. The sheer success of Independent Record Store Day clearly demonstrates that, for those who have managed to adapt to the changing market and survive the dark days of download, a keen music buying market exists. This market is less on the lookout for the musical Jagerbomb (if you can picture that), but rather to revel in everything from the decadence of a fine cocktail of a track, to the grittiness of a real ale of an album (yes I am an alcoholic music lover, just humour me).

In the light of this new indy store era, I got together with Neil Clarke, proprietor of Clampdown Records, Manchester and all round music obsessive, to get his thoughs on the issue.

Can you tell Manchester’s Finest a bit about Clampdown’s history?
We started out as a mail order business in the 1980’s, graduating into the Record Fair circuit before opening our shop in Manchester’s legendary Corn Exchange in 1990.

These were the glory days – the store expanded & eventually featured a Cafe too. Unfortunately our progress was halted by the IRA bomb of 1996 which decimated the City Centre and most of our stock which was uninsured, as our Policy excluded ‘Terrorism’ (it was a ceasefire at the time!) It took 18 months to finally re-locate to a large store above the Rock Venue ‘The Roadhouse’, near to our present location. Rising costs and an increased development in our mail order business meant we were able to downsize to our present location in 2004, fairly near to Piccadilly Train Station but close enough to the bohemian retail haven of the Northern Quarter.

I bought out my partner in 2008 and am now a sole trader, which means twice as much work and rarely a day off with seven day trading!

Why did you want to run an independent record shop?
It’s all about the vinyl for me, even in the wilderness CD years!! I always knew that records would be back with a vengeance and started to notice the upturn around three years ago as digital downloads started to grip CD sales.

Plus who wouldn’t want a job that allows you to listen to music all day??

Manchester has a strong musical history, is this something Clampdown very much feel a part of?
It’s a global music village these days so while it’s always worth paying homage you should always have one eye on the future!

How do you stay ahead of the curve in a world of downloads?
People who are true music collectors are always going to be around and while the download is convenient at the end of the day you have nothing to show for it. You can’t go to someone “look at my amazing record collection” when all you have is a series of 1’s & 0’s on an iPod.

Personally I’m of the opinion that people like to own something. Download codes are the ideal way forward for new releases – you have the physical product but get the digital as well. So, when out and about you have the mp3, but when you’re at home, play the LP.

Why do you think Clampdown has survived where other independent music stores have failed?
No idea!! We managed to ride out most storms and have seen off budget retailers like Music Zone and Fopp (although I know they still exist in the HMV subsidiary guise). Basically, prudent planning each year and not living like Tony Montana has allowed me to survive and grow.

Have you had to adapt your business over the years to cater for a changing music market?
20 years ago 95% of business was in store, now that represents only 35% of business so we are an on-line ‘virtual’ retailer with a physical outlet. This offers mail order customers some reassurance and still gives us the opportunity to buy & trade like the old days! This means we ship all around the world – Eastern Europe, Asian, South America being growing markets. It also means much harder work – even quiet retail days are spent uploading new stock to our website.

Also with the massive city redevelopment over the last 15 years, along with cheap travel, Manchester has become a great city to visit. Everyday there are tourists in Manchester, plus we have the largest student population in Europe and 2 of the best football team’s too! There are plenty of people to come and visit us.

Who do you think is hot on the scene right now?
Personally it’s all about Michael Kiwanuka and Alabama Shakes. They’ve individually made two of the best albums this year and put on two of the best gigs i’ve seen this year.

What does the future hold for Clampdown?
I am cautiously optimistic. We have come through the dark days of five years ago, through hard work, and a faith and dedication to vinyl, which has paid off. The encouraging signs are that many more young people are now buying vinyl rather than the aging demographic of previous years. I think I will be signing my next lease with confidence. 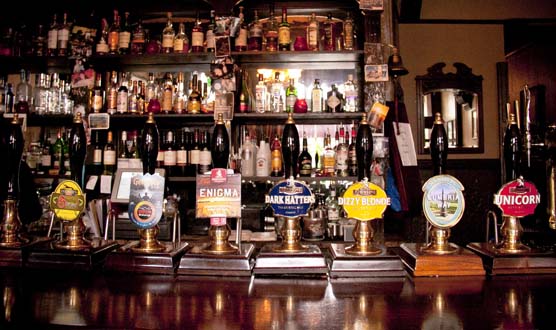