Returning for his second headline show in the rainy city to perform to an intimate (but socially distanced) crowd with a few of his friends.

Known for his versatility, old-school hip-hop flows and clear spoken persona, ZZ The Pharaoh (formerly known as ZZ The Slept On) will be revealing new tracks from his forthcoming debut album ‘Pharaoh’, set to release early 2021.

Opening the evening on Friday 9th October will be IMVSOGIE. Coming off a successful run from his latest project ‘Money 4 Ideas’, the 23-year-old rapper is known for his emotive lyrics over hard-hitting trap beats.

Joining ZZ The Pharaoh will be the rest of the Roots Raddix collective – LayFullStop and Woddy Green. 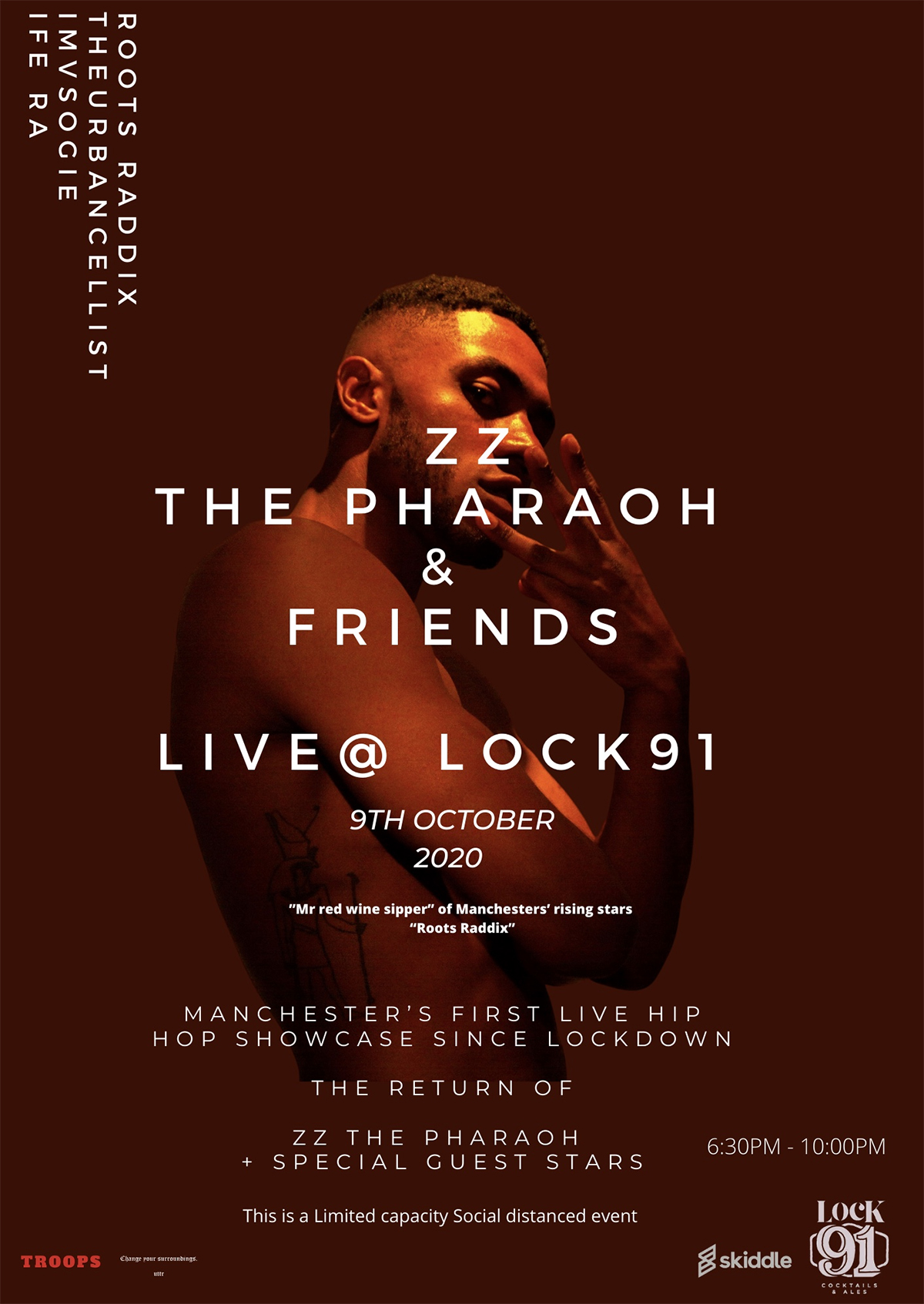 In compliance with government regulation the event will be limited capacity and socially distanced. Doors open at 6pm with last entry at 7pm, tickets must be pre-purchased for guaranteed entry and must be bought in groups of 3. Also, in-line with the new curfew rule the event will end at 9:45pm.

The Lowry Hotel’s River Restaurant Extends Eat Out To Help Out!