Cinderella comes to Manchester this December at the Opera House…oh no it doesn’t…oh yes it does!!! The Panto brings with it a fabulous cast headed by former Hear’Say and Emmerdale star Suzanne Shaw and Pineapple Dance Studios Louie Spence.

I caught up with Louie at the show’s launch to see how they are looking forward to spending Christmas onstage in our fine city.

Fans of the ‘camper than Christmas’ Louie Spence would not be disappointed if they ever met him in the flesh. What you see onscreen is what you get with Louie, he is bursting with energy and totally fabulous!
Contrary to popular belief, the Pineapple Dance Studios star has done little Panto in the past, only debuting last year as David Hasslehoff’s cabin boy in Captain Hook in Wimbledon. He’s really excited about playing the Prince’s aide ‘Dandini’ this year and says this is definitely the best time for him:

“Panto is so me! It’s a traditional British thing and we are so good at it because we know how to laugh. We love to laugh at ourselves and other people. What you have to understand is Panto is two and a half hours of just fun and I particularly like having fun.”

But what can we expect from this version of the popular tale? Louie thinks the audience is in for a treat:
“Well, it will certainly be a ‘different’ Cinderella…cos you’ve got me in it. ‘Dandini’ is usually played by a girl so I don’t know why they thought it would be appropriate for me to play the role…maybe I have a touch of the feminine side-you tell me!”

It looks like Cinders had better watch out as Louie says he has his eye on one thing in particular.
“That Suzanne Shaw best stick those slippers to her feet cos if she ain’t got them on they are going right on my size 6’s I can tell you! She’s gonna have to work for her Prince Charming that’s all I’m saying.”

There’s no wonder everything Louie does at the moment is a success and people love him, his positivity is infectious. His latest venture sees him put pen to paper, revealing all in an autobiography ‘Still Got it, Never Lost It’-out Sept 29th.
“I wrote it myself, it’s all my work” he is eager to clear up, ‘A couple of my family members have read it and found out things they didn’t even know. It made them laugh and it made them cry.”

Louie still can’t believe he’s now adding ‘writer’ to his list of achievements.
“I’m so proud of it because I never thought I’d ever be a published author. I never passed one exam at school, I only got put in for art and then I got took out of that because I told the teacher I thought they had halitosis. I’m so grateful for what I have right now and as long as the sun is shining I’ll keep my glasses off…I’m not gonna block it out whilst it’s shining. I’m having a ball!” 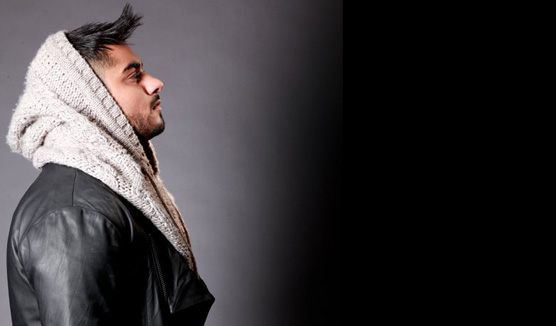