Review: Is Asha’s The Best Indian in the City?

It takes a lot for me to be surprised nowadays. Years of disappointment, mundane events and a cynical streak have all contributed to me generally being a miserable sod. But recently, and completely out of character, I was very pleasantly surprised with something and even, I'm happy to say, got rather excited.

What caused this massive change in mood and personality – well if you’ve read the title you’ll know – Asha’s brand new Indian Summer Menu did it. Now you can be excused if you’ve neither heard of or been into Asha’s – located towards the top of Peter Street, the building it occupies has been a range of endeavours in the past, from an R&B night club right up to most recently an empty shell of a building with no hope of redemption.

In stepped Asha’s though who count locations in Dubai, Qatar, Saudi Arabia and Bahrain in their arsenal and who are looking to bring a certain level of sophistication and flavour to what can be considered a rather crowded market of Indian restaurants.

So, what are they bringing to the table in Manchester? Well first of all this isn’t the kind of place that you’re going to end up in after a night out, ordering a Tikka Masala, 12 poppadoms and 5 pints of Cobra. Asha’s oozes sophistication and the level of quality in each dish is head and shoulders above even the higher end establishments already here.

We popped down to check out their brand new Indian Summer Menu, which aims to dispel the idea of Indian food not being suitable for the hotter months by providing a fresher, lighter approach to the dishes and steering away from stodgy sauces and spice while still keeping that traditional Indian touch.

As we sat down in the elegant and very impressive dining room, we ordered from the cocktail menu and started to examine the new Summer dishes. We decided on the Seared Masala Scallops (£12.50), the Monkfish Tikka and the Charred Chicken for starters.

Typically, I’m not a big fan of scallops, mostly due to the texture of them, but boy – I enjoyed these. Sourced from Scotland, they’re coated in spice, a bit of star anise and then seared in a scorching pan. There can always be the danger of cooking scallops for too long, but these were perfect.

Also excellent was the Chicken Charred with Chilli & Caraway (£13.95) which comes on a bed of Fava Beans. The chicken thighs were lovely and moist, with a bit of a kick that reminds you that you’re in an Indian restaurant. Due to the tandoor cooking process, the meat was tender, smoky and worked perfectly with the fava beans – something that I’d never have even considered being a thing – but was in fact very well matched.

The final starter was the Monkfish Tikka (£16.50) and I don’t think there is enough hyperbole to explain just how delicious this was. Huge meaty chunks of monk fish are cooked in the tandoor, giving it a perfect barbeque smokiness, which is then paired with a deliciously spicy beetroot puree. This, like the other starters was massive, more of a main course portion than a starter – however, we definitely were not complaining on that front.

Next up the mains and we went for a Laal Maas, the Stone Bass Sunchoke Curry and the Lancashire Cheese Kulcha on the side.

The Laal Maas (£16.50) was probably the most ‘traditional’ dish that we tried on the Summer Menu, complete with a deeply dark and spicy gravy housing some tender British lamb. The dish traditionally comes from Rajasthan but Asha’s head chef Ashwani Rangta has adapted it and made it his own. It was ridiculously moorish and could stand up with any Lamb Nihari you’d find anywhere else in the city.

Additionally, the Lancashire Cheese Kulfi (£3.95) was also very traditional but with a genius twist – gooey Lancashire cheese in the middle of it. It was the prefect accompaniment to the two main dishes – perfect for mopping up sauces, vegetables or anything else that is still on your plate demanding to be eaten.

It’s now that we come to the biggest surprise of the meal and the one dish that I’m still thinking of to this day. The expertise and experience that has gone into the Stone Bass Sunchoke Curry (£16.95) is outstanding, creating a dish that has such a range of flavours that are so perfectly balanced that I couldn’t stop eating it and felt like I never could.

My typical preference for Indian dishes are dark, spicy and filled with lamb, very much like the Laal Maas that we had tried already. I was therefore slightly reluctant to tuck into the Stone Bass because it is the perfect antithesis to that – but it was all the better for it.

Perfectly encapsulating the idea of a light, Indian Summer Dish, the Stone Bass sits on a sauce with artichoke, pepper, ginger, garlic and coconut milk, giving the dish a very Summery, fresh taste with all ingredients working in perfect harmony with each other. Sometimes the addition of coconut milk can make a dish too creamy or sweet – well not here – it was perfect.

By this point in the meal we were stuffed – again, Asha’s huge portions had suitably filled us up. Again, that definitely isn’t a complaint. Alongside the dishes we also sampled some cocktails, including the Emperor’s Brew with Aperol and Cointreau that was fresher than a walk in a spring meadow and the Queen of Bollywood with strawberries and prosecco that invoked a boozy trip to Wimbledon.

Finally, we finished with a cheeky little dessert, the Pistachio and Liquorice Kulfi (£6.95) which when you read it sounds like a terrible mis-match of flavours but was in fact just as balanced and impressive as the previous dishes. The liquorice is very subtle, ensuring that the creamy pistachio ice cream shines through. It also looks great and is perfect for a sharing end-of-meal aperitif.

So, is Asha’s the best Indian restaurant in the city? Well judging by their Summer Menu I’d say that they are pretty much there if not very close. The quality of the dishes shone through, and the service was exemplary. My visit makes me want to go back to try their main menu and see if it lives up to the same level of quality – and I’d bet my right arm that it does. 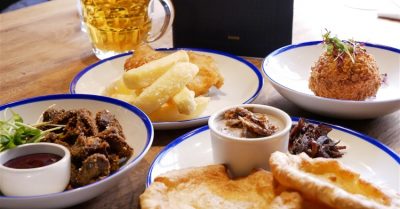 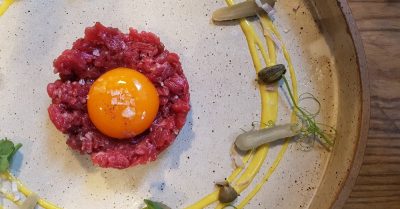