OPENING THIS WEEK: The BrewDog Hotel with Shower Fridges & Beer Taps in your Room 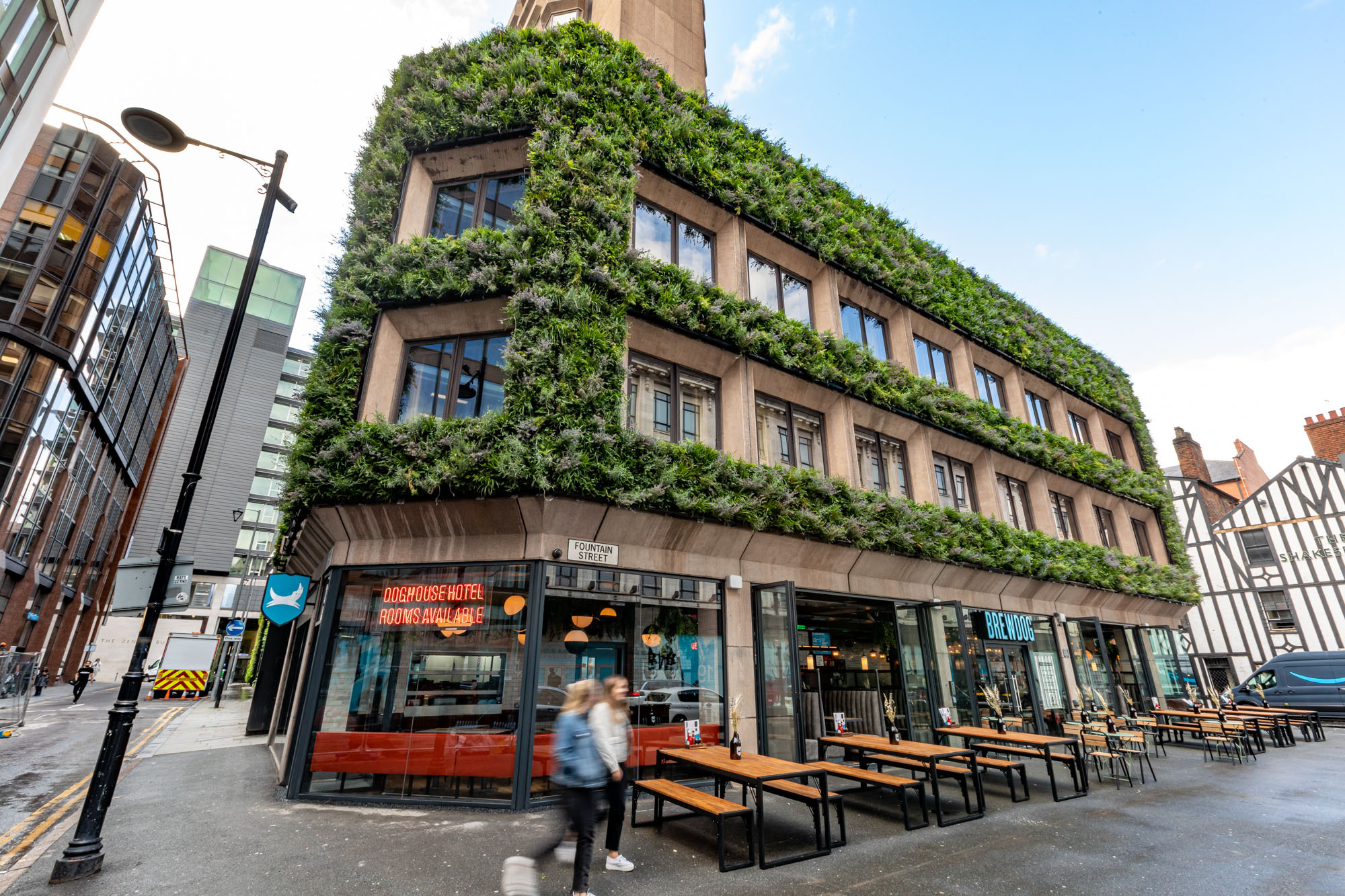 After more than a year of waiting, the day is finally here – BrewDog’s Doghouse Hotel is set to fling open their doors this Friday 13th August from 12pm.

A carbon negative hotel, the Fountain Street venue offers up 18 rooms full of bespoke BrewDog touches, from shower beers to in-room beer taps. In addition, there’s also set to be a rooftop bar with a taco hut and 10 further taps available to all public, as well as an additional bar with 30 taps of craft beer. 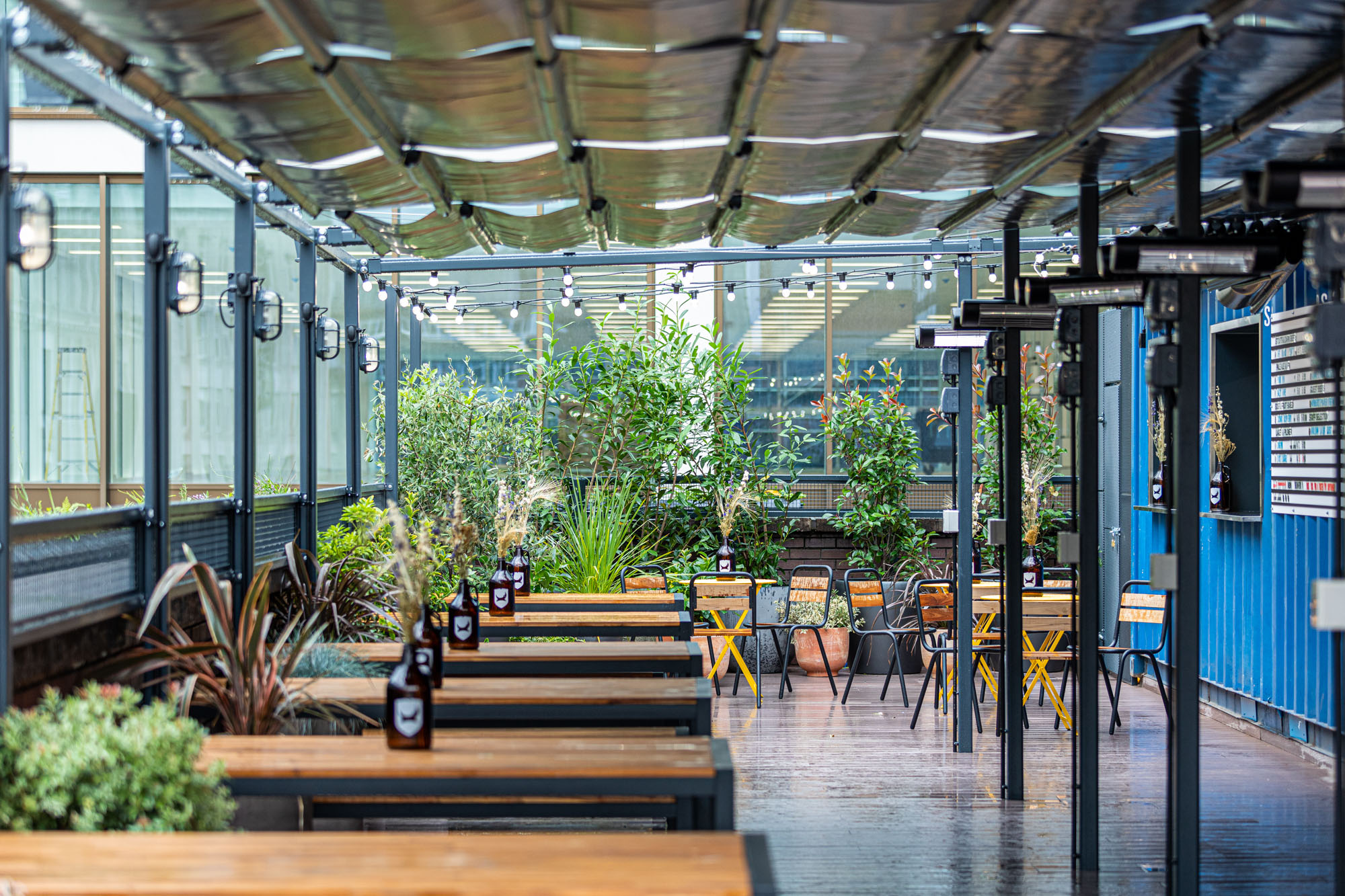 The rooms themselves are decked out to include a range of unique features, including a beer fridge in the shower, beer taps, guitars, a vinyl selection from Piccadilly Records, celebrating local Manchester artists, smart TVs and all the mod-cons you’d expect in a hotel nowadays.

There’s 24-hour hotdogs available to order via WhatsApp, Brompton bikes to use for free, and the reward of free beer for reusing your room towels, adding to the hotel’s sustainability-focused credentials. 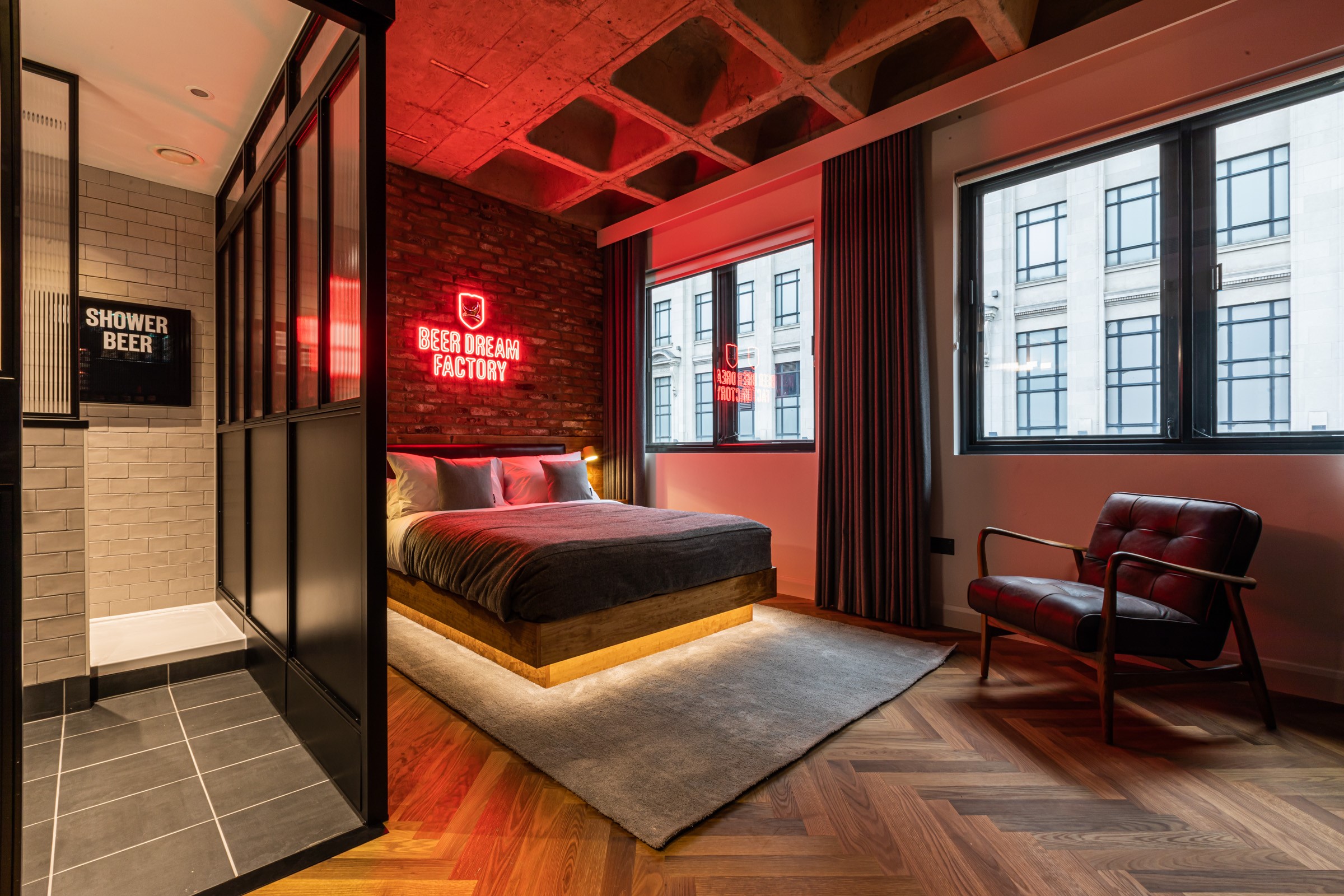 As part of its overarching goal of carbon negativity, a living wall of 26,000 plants has been installed at The DogHouse Hotel, echoing BrewDog’s mission to become the most sustainable drinks brand on the planet. Earlier this year, BrewDog became a certified B Corp company – a status granted to businesses striving for a more inclusive and sustainable world.

With a range of suites available, there’s also different packages on offer, including the Punk Package – which gives you 5 litres of draught beer in your room, or the Shower Beer Package which gets you 10 beers in your shower fridge – both for an extra £25. 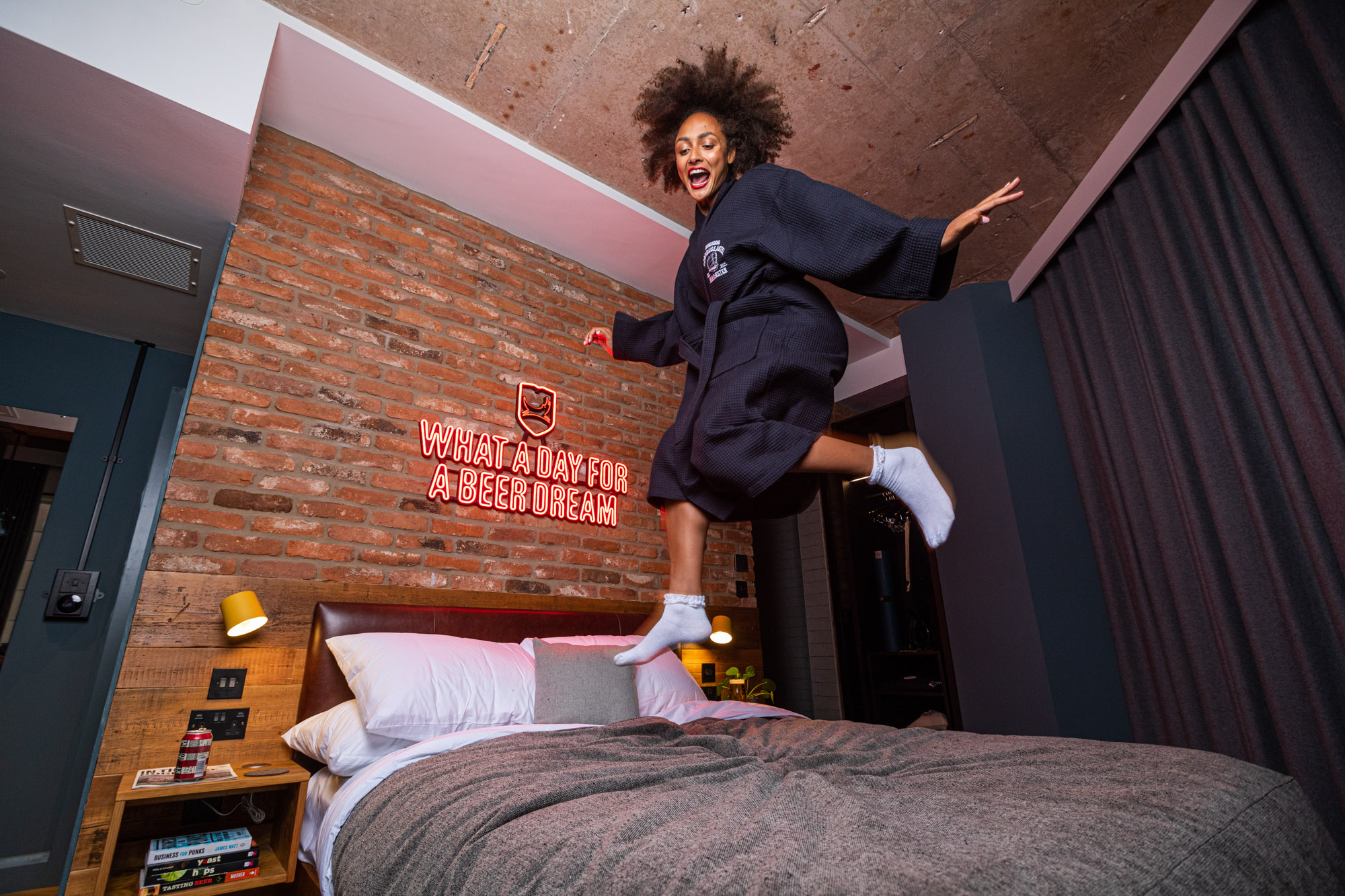 Or you can go for ‘The Top Dog Package’ for an extra £150 which offers up a fully stocked shower fridge, five litres of draught beer, breakfast for two, dinner for two with a flight of beers, a 60-minute Beer School experience and 10% off at BrewDog’s Manchester bars for the duration of your stay.

If you’re staying on a Wednesday night too, you can enjoy UNLIMITED chicken, cauliflower or seitan wings for just £10 – either in the bar or via room service – which sounds like the best night ever! 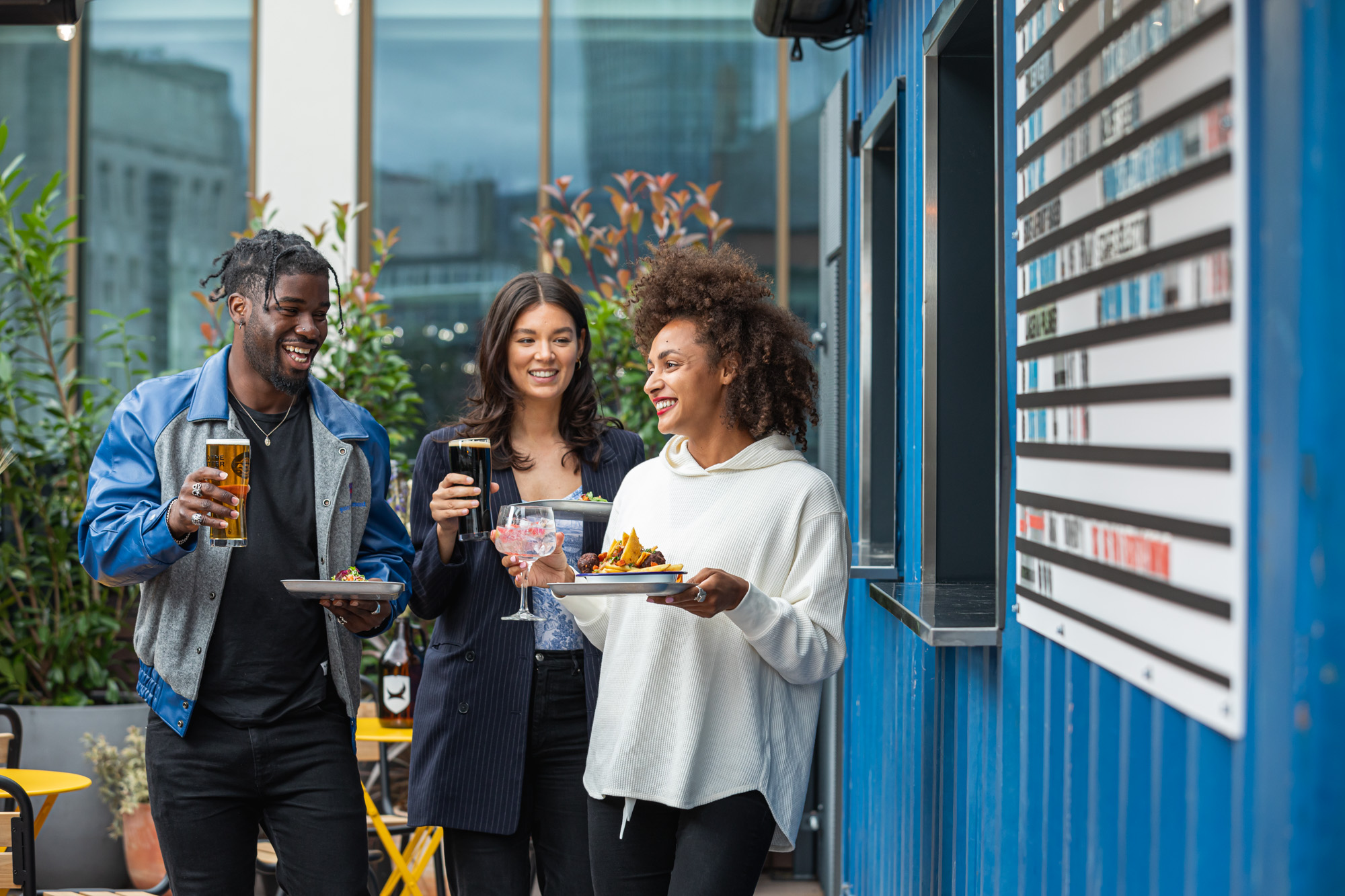 To celebrate the opening of the hotel and the taproom, BrewDog will be putting on a raffle for the first 100 people to arrive, giving them the chance of winning:

4 x rooms available to be won- so don’t forget your toothbrush!
2 x Top Dog hotel packages (to use when booking a hotel night’s stay- worth £150)
2 x £50 gift vouchers to spend in DogHouse Manchester (room or bars)
3 x complimentary meals at DogHouse for 2 people with a headliner pint

Get yourself booked in to visit the new BrewDog taproom, rooftop bar or book a night’s stay from this Friday 13th August…

The most anticipated new openings in Manchester for 2023
Hotels