This section of the city, perched on the cusp of the NQ and Ancoats is set for big changes. 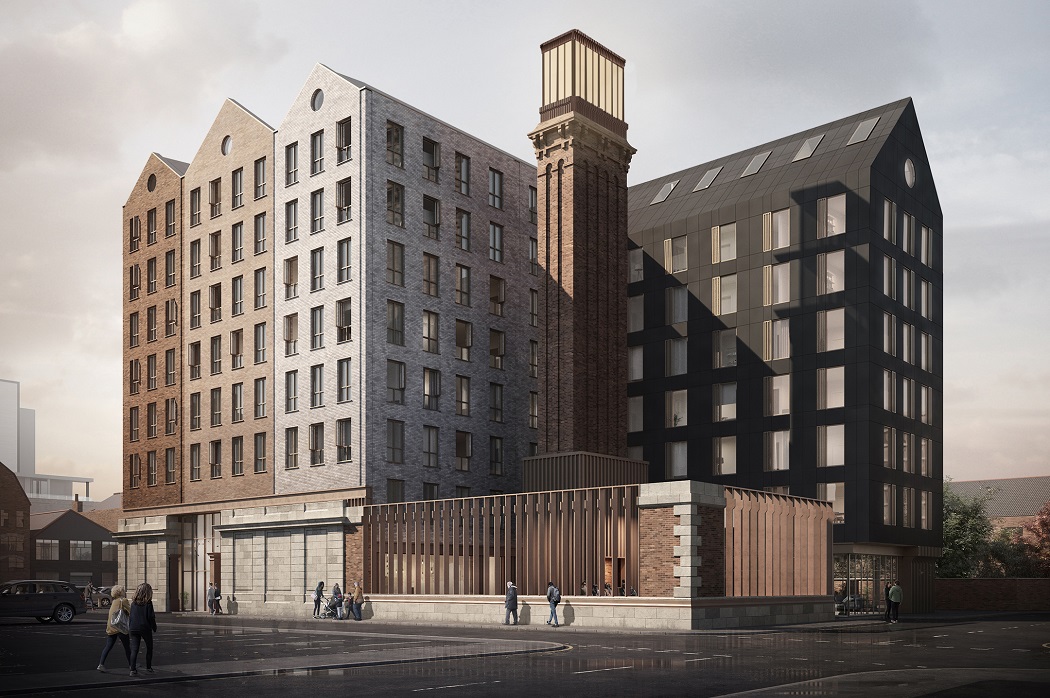 Things are certainly looking peachy for the oft forgotten area of New Cross in the city centre – basically that bit across the road from the Northern Quarter and Ancoats – where Wing Yip is – you know the one.

With the recent announcement of the opening of a brand-new pizza concept called Ramona in the area, directly opposite Mackie Mayor and run by the team from Albert’s Schloss, CAPITAL&CENTRIC also announced £37m plans to create a new community with 120 new homes. 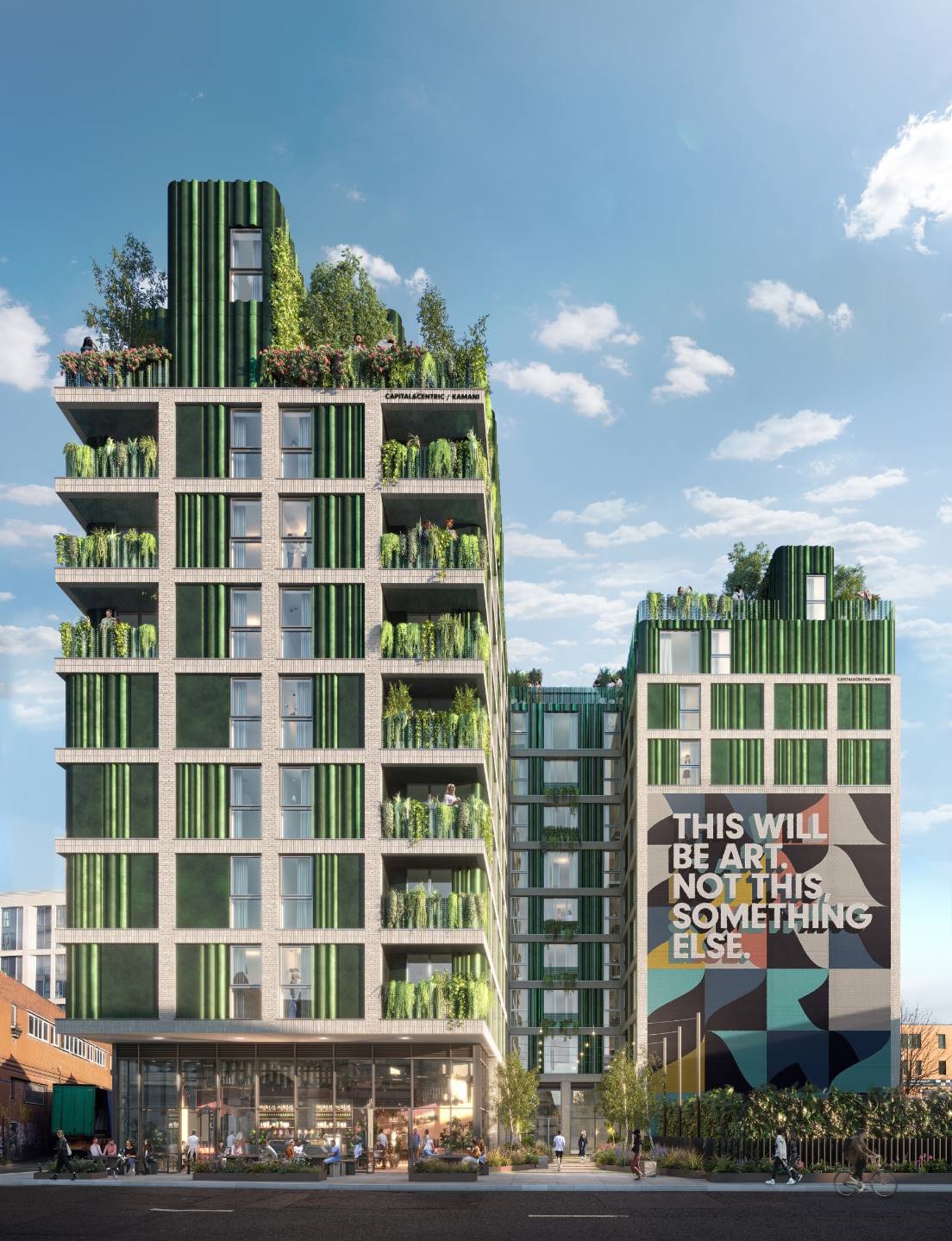 So there’s plenty of movement in the area, and there’s set to be even more over the next 3 years as three new schemes get under way in 2021, each one located on the largely empty strip up Oldham Road between Swan Street and Bendix Street.

Developer Mulbury have secured approval for the three new schemes, each one designed by Tim Groom Architects and comprising a total of 378 apartments over the 3 sites. 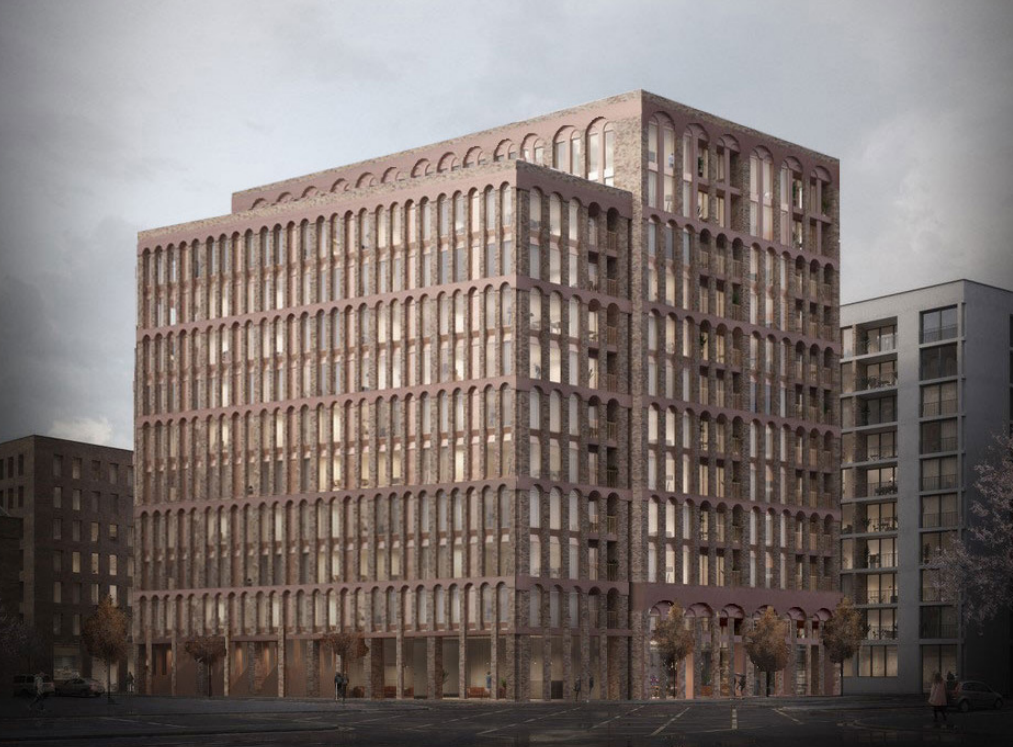 One block, of 161 apartments will be constructed on the corner of Bendix Street and Oldham Road, while another, with 144 flats, will be located just off Adderton Street.

The third will be an eight-storey apartment block on Goulden Street, one which will incorporate the listed former fire station – with added chimney detail – designed by Tim Grooms and Lee Hutchings at heritage consultants Stephen Levrant Heritage Architecture (who assisted with all three developments). 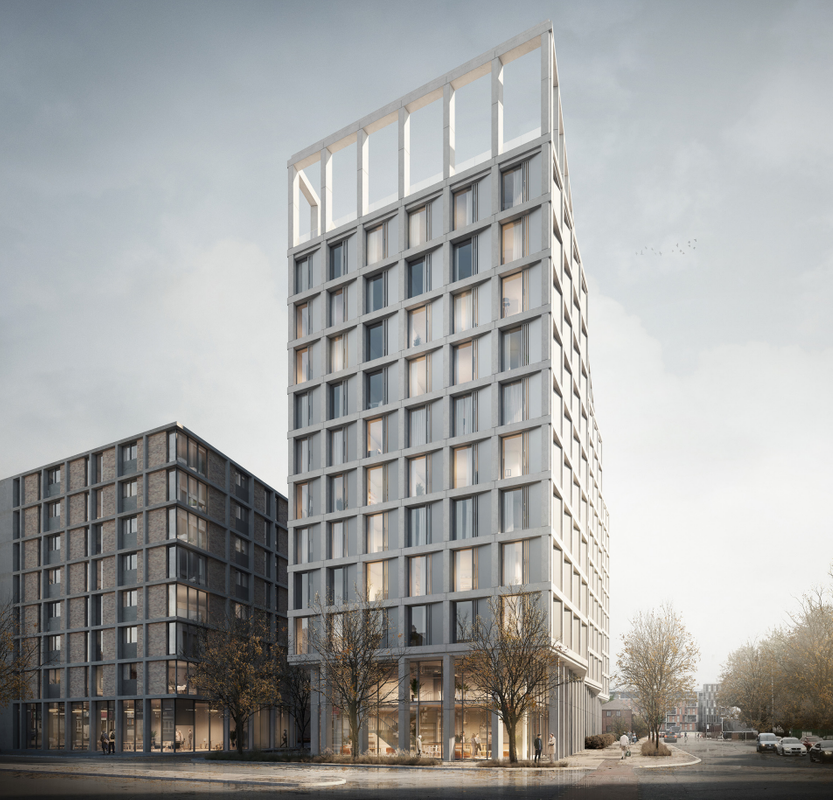 All projects are set to be completed in or around Summer 2023 – so keep an eye out for them!