After the success of the catwalk show that came to Manhattan's iconic China Town which was heavily featured in Vouge, Raf Simons' 1980's Sci-FI inspired clothing is now available at the Harvey Nichols pop up store.

The setting and location of the SS18 Raf Simons show was quite unusual. Late in the evening people were gathering for the presentation on a marketplace in Chinatown.

This space underneath the Manhattan bridge was decorated with neon lights, banners and lanterns that were printed with album cover designs by Peter Saville –one of Britain’s most legendary graphic designers.

Once the models entered the scene, wearing umbrellas with glowing light shafts, colourful sun hats and rubber rainboots, the whole picture fell into place. The inspiration of the collection became clear.

Raf was inspired by the 1982 movie Blade Runner of director Ridley Scott. For the outerwear Simons took elements from mid-century couture and gave them a more futuristic touch and throughout the whole collection one could see and feel a strong reference to the Asian culture.

Certain tees and shirts were printed with Peter Saville’s designs and words like ‘Replicants’, another nod to Blade Runner.

Knitwear was mainly oversized with dropped off shoulders and buckles. These are in contrast with the super tight see-trough knitwear pieces that were worn on top of some Monk outfits.

The collection is now available to by at the Harvey Nichols Manchester store.

Up to 90% off at Private White V.C. Sample Sale 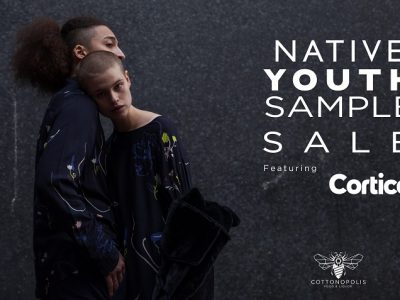