Someone has created an Interactive Manchester Video Game - where you need to Escape from Piccadilly Gardens!

You'll visit the city's most famous locations, all in a quest to save your Nan! 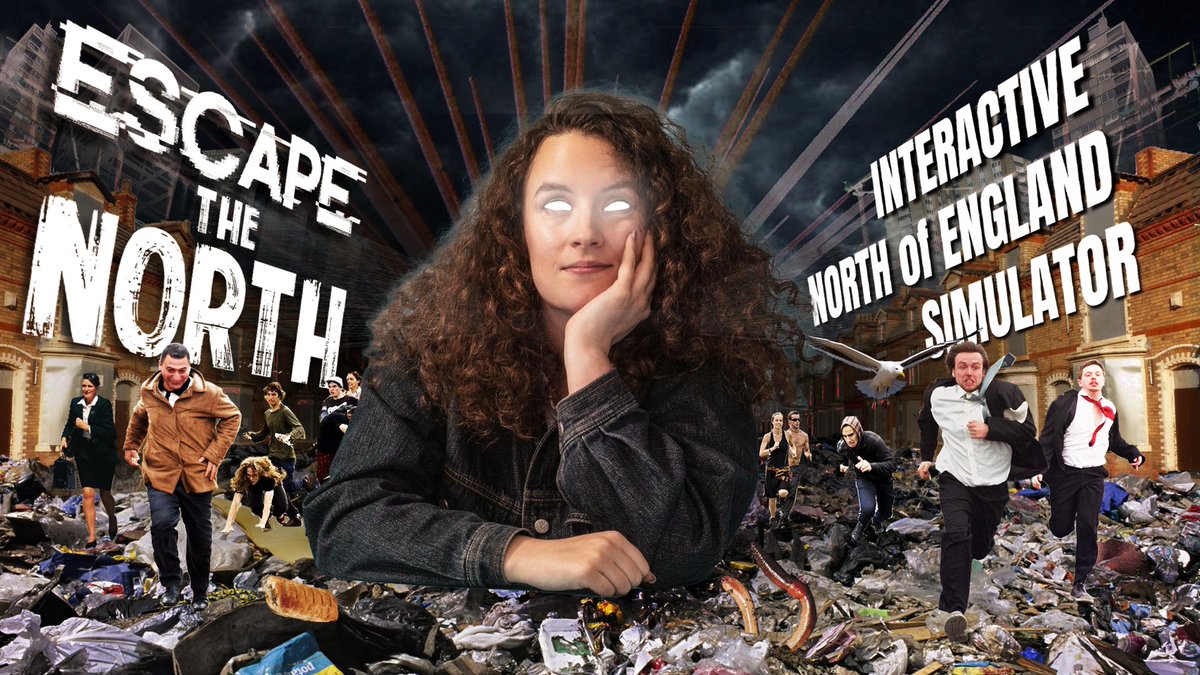 The COVID-19 pandemic, and subsequent lockdowns and cancellation of pretty much every event imaginable has forced people to try new things – and one area of the Internet which has seen massive growth over the past 12 months is online streaming platform Twitch.

Many will know Twitch as a place to go to watch people play games, but the pandemic has changed the platform considerably, with a massive influx of comedians, drag acts and performers all heading there to reach their audiences online.

Scottish comedian Limmy helped pave the way, and so there’s MUCH MORE than just games on Twitch nowadays. 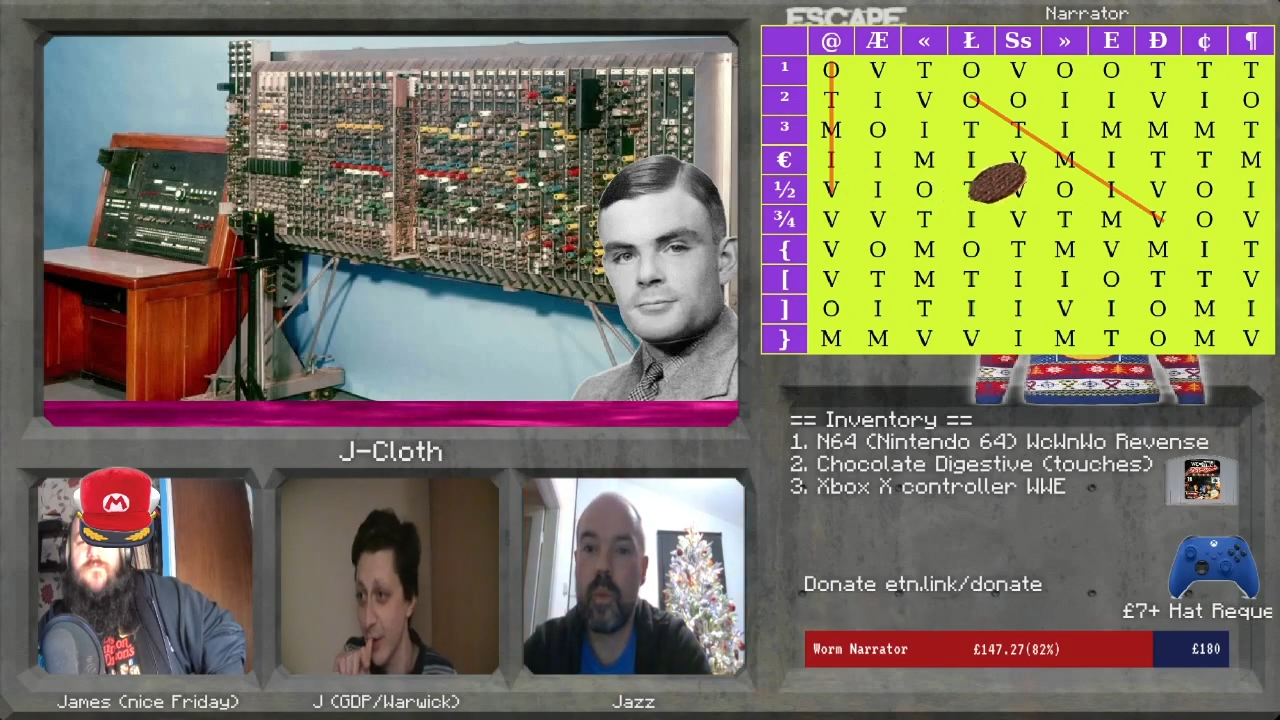 One such person who has moved over to Twitch is comedian Jain Edwards, who created their solo show – Stakeholders – as well as helping create alternative RPG comedy game with some of their mates – ESCAPE THE NORTH.

C-creating the game with friends Sean Morley, Jack Evans and Jim John Harkness, the game is a sort of horror RPG where viewers and players need to navigate the pubs, markets, roads and trams of Manchester in a quest to save their Nan.

Every playthrough of the game is different, using iconic landmarks and areas such as Afflecks, Granada Studios, and even Fresh Bites in the Northern Quarter, as well as some proper local heroes such as Bez as a psychotic Bee, Andy Burnham and Mick Hucknall.

The game itself has been created by local programmers and comedians Foxdog Studios, IT consultants in Withington who are also responsible for making live comedy shows with technology.

You’ll find a bizarre assortment of props and creations, including robot chefs and sausage cannons, at their two-man shows, which have been touring the city and further afield for a few years now, again, ruined by the pandemic.

Built from the ground up by Foxdog, Escape the North lets everyone do some pretty mad stuff with the game, even creating an animated Andy Burnham that sings metal songs whilst simultaneously spewing tiny Andy Burnhams from his mouth!

As Escape the North is played over Twitch, the dystopian world of Manchester is expanded and developed by the comedians as they interact with each other, improvise, create plans and strategies, and, with the audience’s help – try and beat the bloody thing. 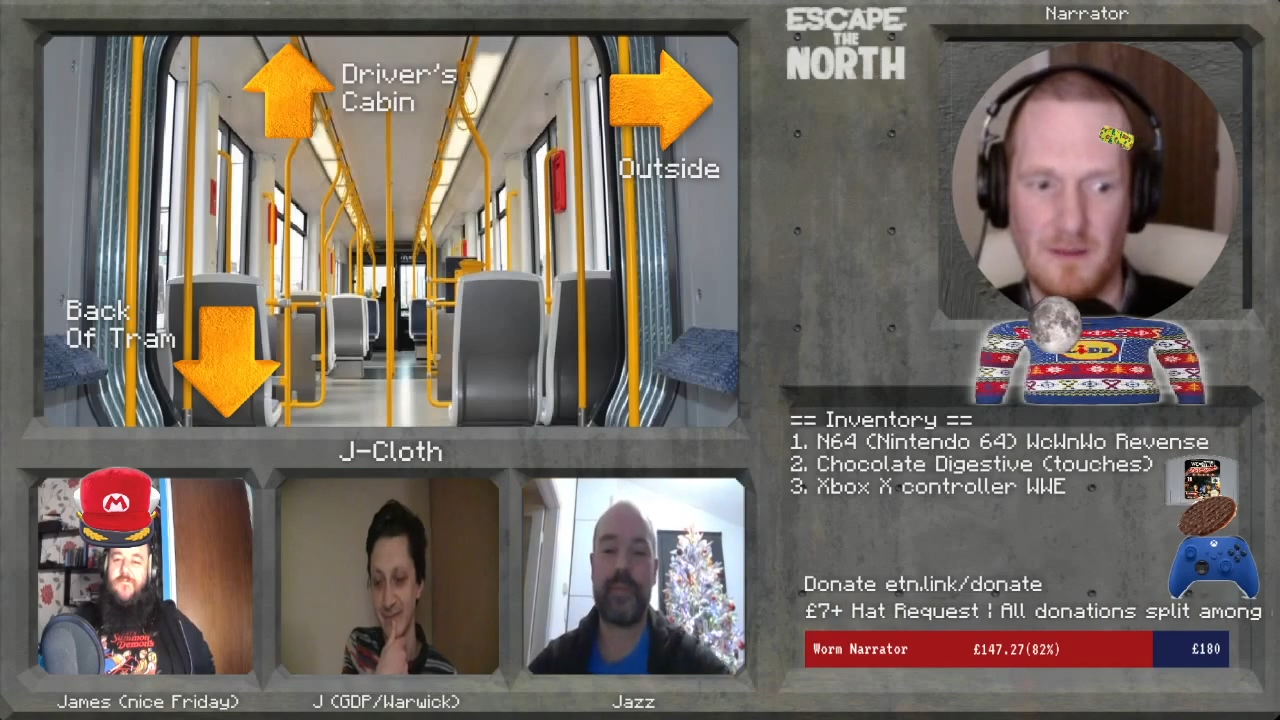 It’s funny, it’s chaotic and it thrives on the kind of audience participation that Twitch allows, and best of all – it’s all about Manchester.

Kicking off in a horrible-looking Piccadilly Gardens, complete with ‘Spice Heads’ and Scallies might seem a little bit TOO real, but during these locked-down times – it’s actually rather refreshing.

Escape the North is streamed every Friday at 8pm on Twitch. Follow and tune in below…