Manchester's most inclusive dance studio - GFF Damian. But what does the 'GFF' stand for? 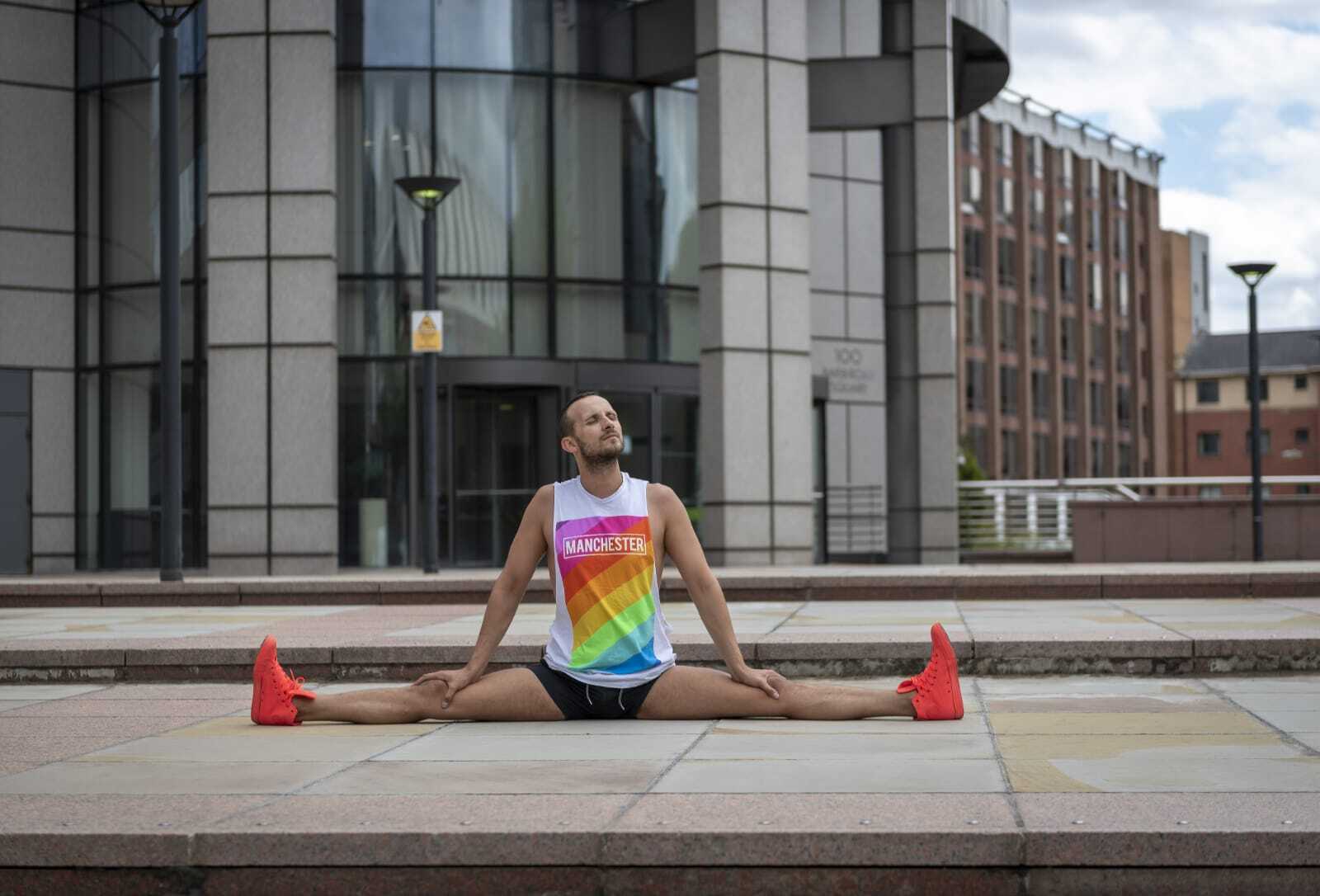 Back in early 2014, pole dancer Damian Kutryb was nervously preparing for his first ever performance in front of a crowd. He was in J2 in Bolton and he was dressed up like an animal – part of a troupe of dancers who were set to fling themselves around on stage in front of a packed-out crowd.

“It was really stressful and also really exciting, and the weird thing was that afterwards, loads of people came up to me to ask where they could learn the skills.”

And so the idea for a dance studio began, a venture that would take Damian on a rollercoaster journey from a tiny studio in the NQ with just 5 poles, through to winning national competitions, being Jimmy Carr’s body double on 8 Out of 10 Cats and eventually – a huge multi-room studio catering for an epic list of dance techniques and disciplines for anyone aged 4 and up. 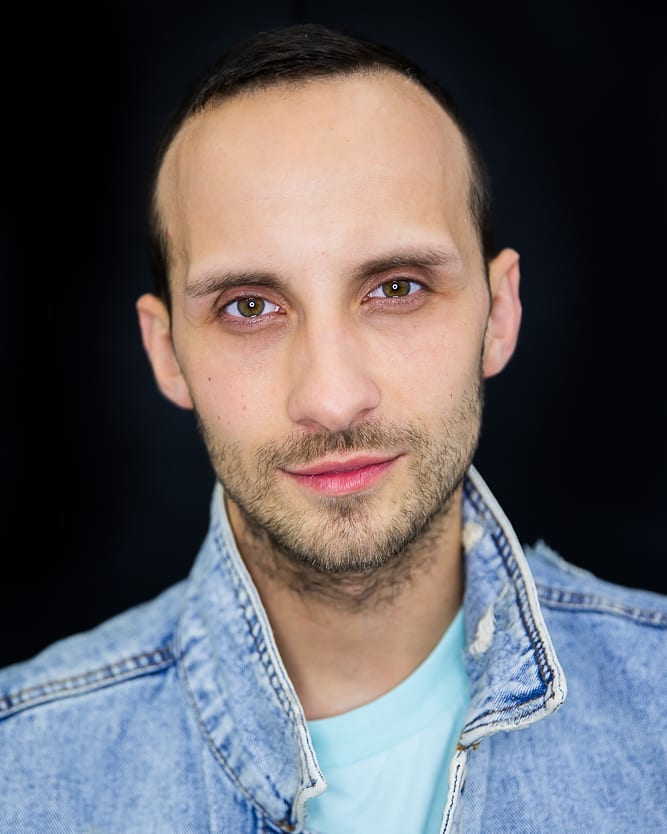 Let’s go back to early 2014 now though, and a time when Damian was still relatively new to the city, having moved over from Poland after constant fears of homophobic attacks; a country where homosexuality is still not accepted, and has been called “the worst country in the EU for LGBT rights” as recently as 2020.

Coming over to the UK certainly isn’t easy for any foreign national, with difficult language and culture barriers to face, but determination and drive ensured that Damian embraced the city of Manchester and it’s very open LGBTQ+ community. 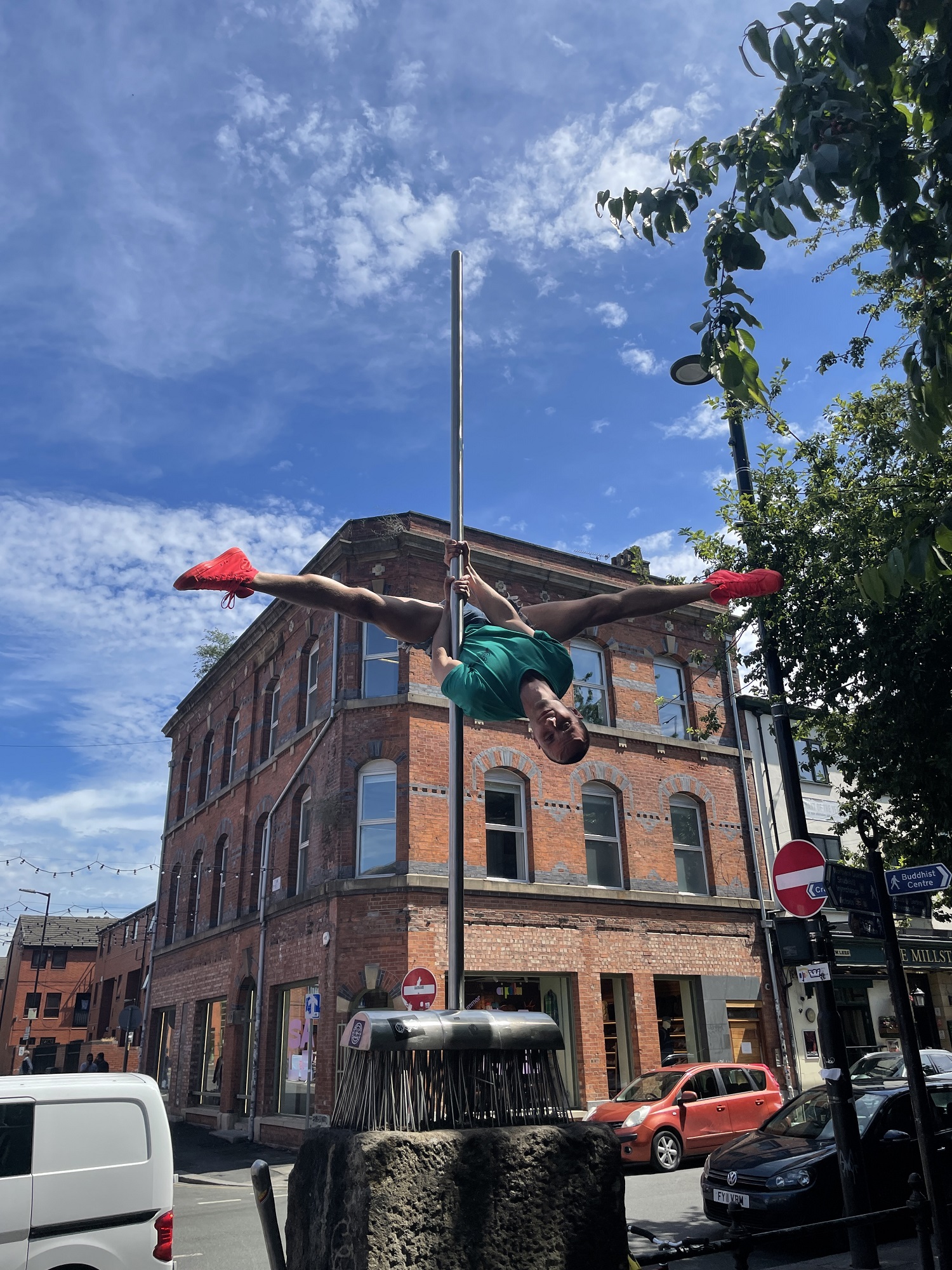 It’s this inclusiveness which Damian has tirelessly fostered and created at GFF from the very beginning – a venture where everyone is welcome regardless of gender, sexuality, age, size, religion or culture.

“When I first started in pole fitness and dancing I felt very excluded, not only because my English wasn’t very good but also because I was a man. So I wanted to create a safe place for people, anybody, and it doesn’t matter how you look or who you are, you can still have fun and do amazing things with your body.” 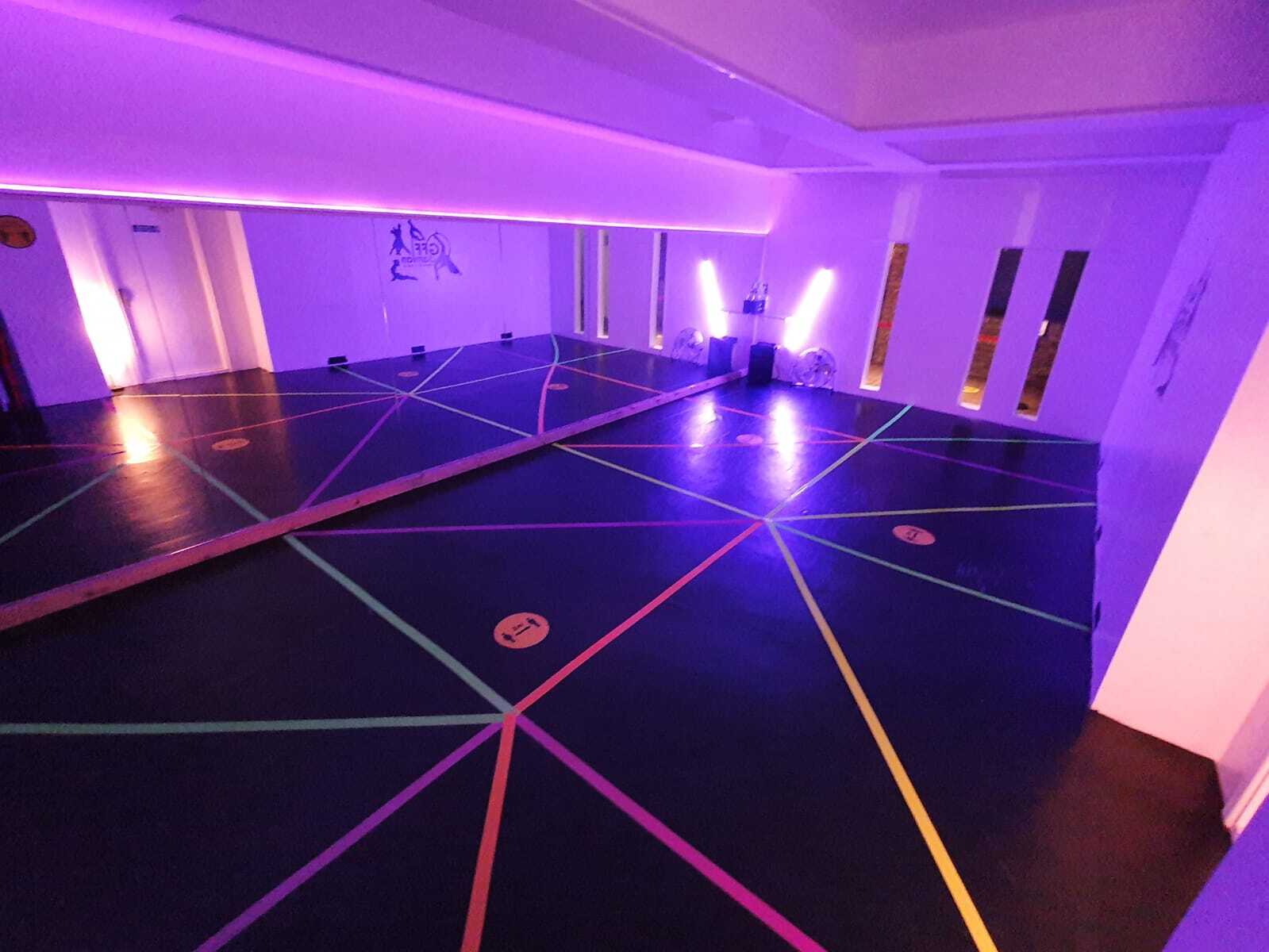 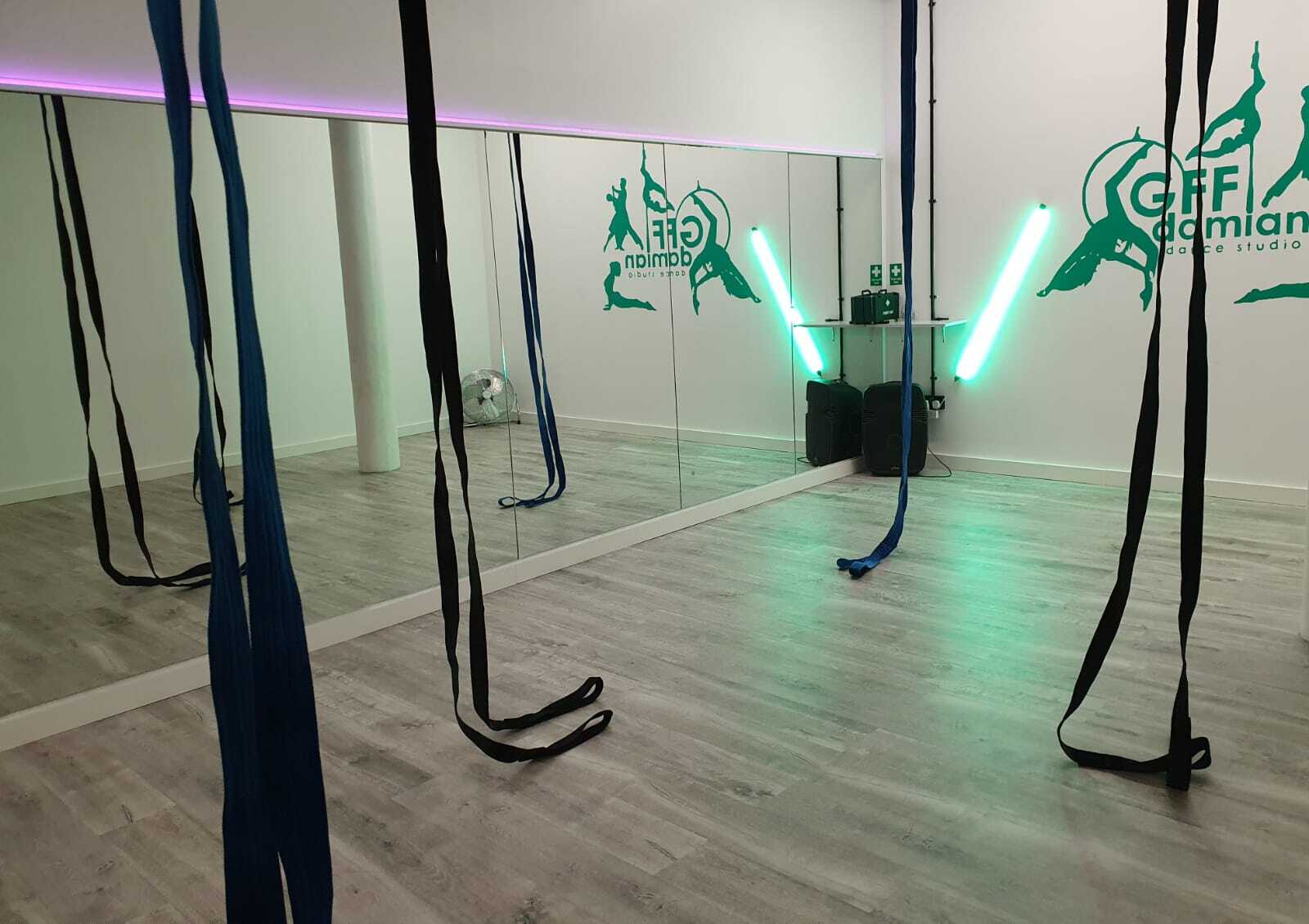 And make no mistake, the members at GFF are certainly doing some pretty amazing things with their bodies let me tell you. I must admit that when I popped down to GFF on a sunny Wednesday evening after work I was in one of my famous Ben Brown ‘grumbles’, one of those that is notoriously difficult to get out of, even with a huge pizza, some beers and a DVD of Robocop.

Located on Corporation St near Victoria Station, the unassuming entrance to the studio gives no clues as to what goes on behind the large iron door that leads you to a small but welcoming reception desk. 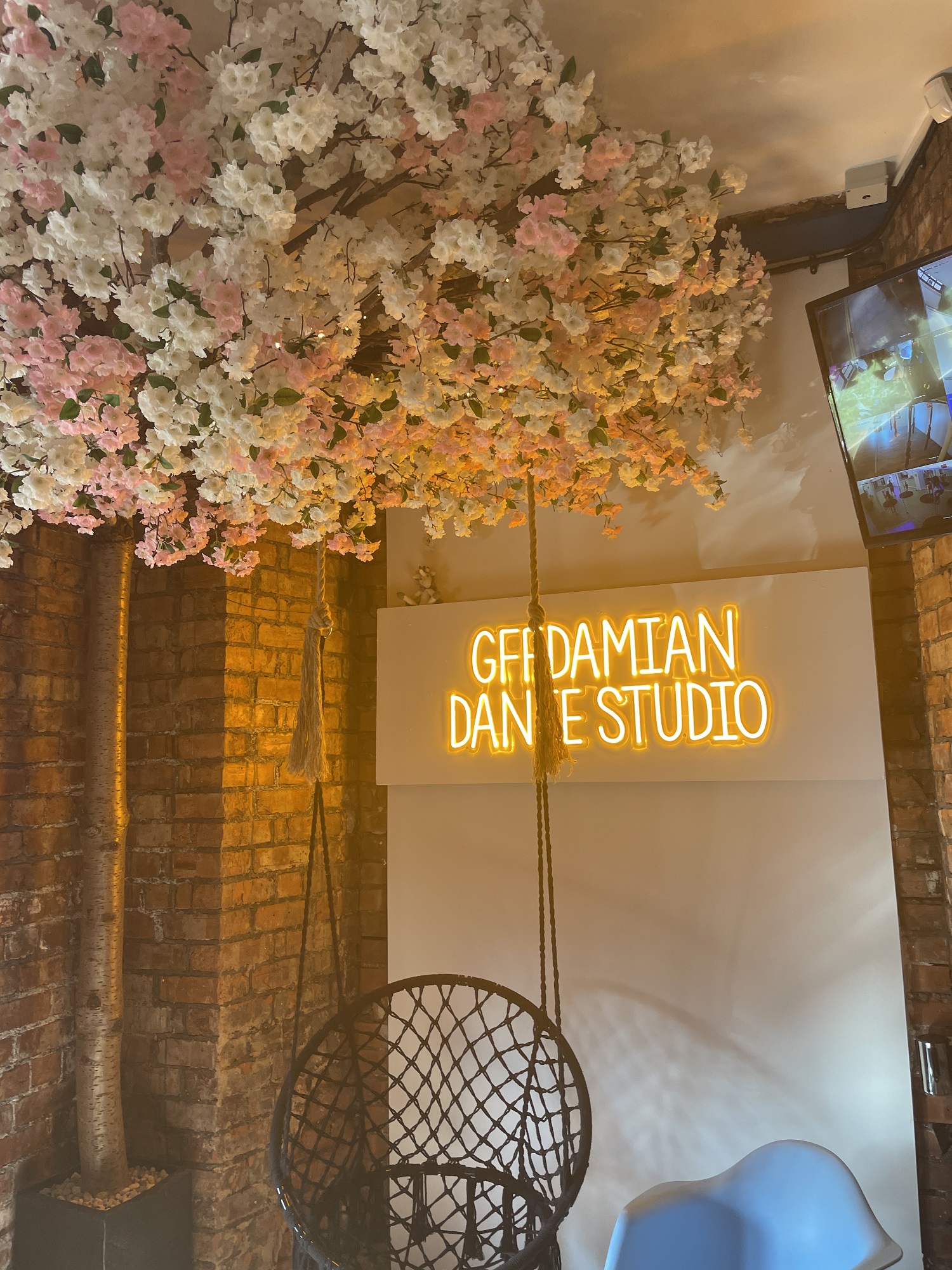 An instant assault on the senses, there’s colour everywhere, but the first thing you’ll notice is the noise – a cacophony of laughs, shrieks, disco anthems and a smiley barrage of everyone asking “How are you!?”

Meeting Damian, my grumble instantly vanished, he’s charming and has an almost infectious energy. Enthusiastic and with real passion, he’s also very funny – a man who is safe and confident in the space he’s created, and someone who wants everybody else to feel the same way.

He’ll stop mid-sentence to ask how you are, or simply to tell you a funny story – all while running what must be a very stressful multi-access dance studio, complete with kids and adults flinging around rooms to often dizzying effect. 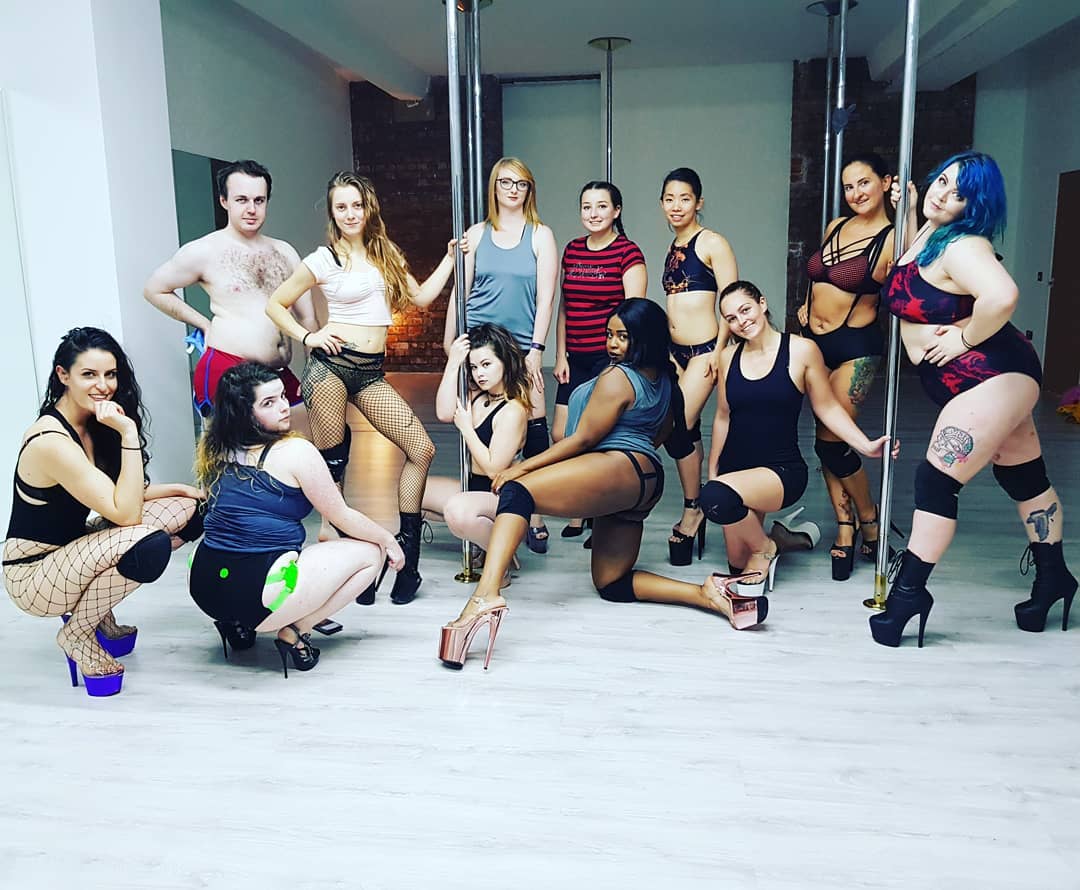 The whole environment is electric, and a little bit chaotic – but as a newbie I instantly felt welcomed by everyone I met. They all had their stories or reasons for being there, whether it was a desire to get fit, build strength, or simply just came to try it out with a friend and ended up almost addicted to the place and the community which Damian has built.

My first ever (day time) exposure to pole dancing, this is serious stuff indeed. Already my bad mood was gone, replaced by an eager curiosity around exactly what people did down at GFF in the classes – and I must stay – I was very impressed. 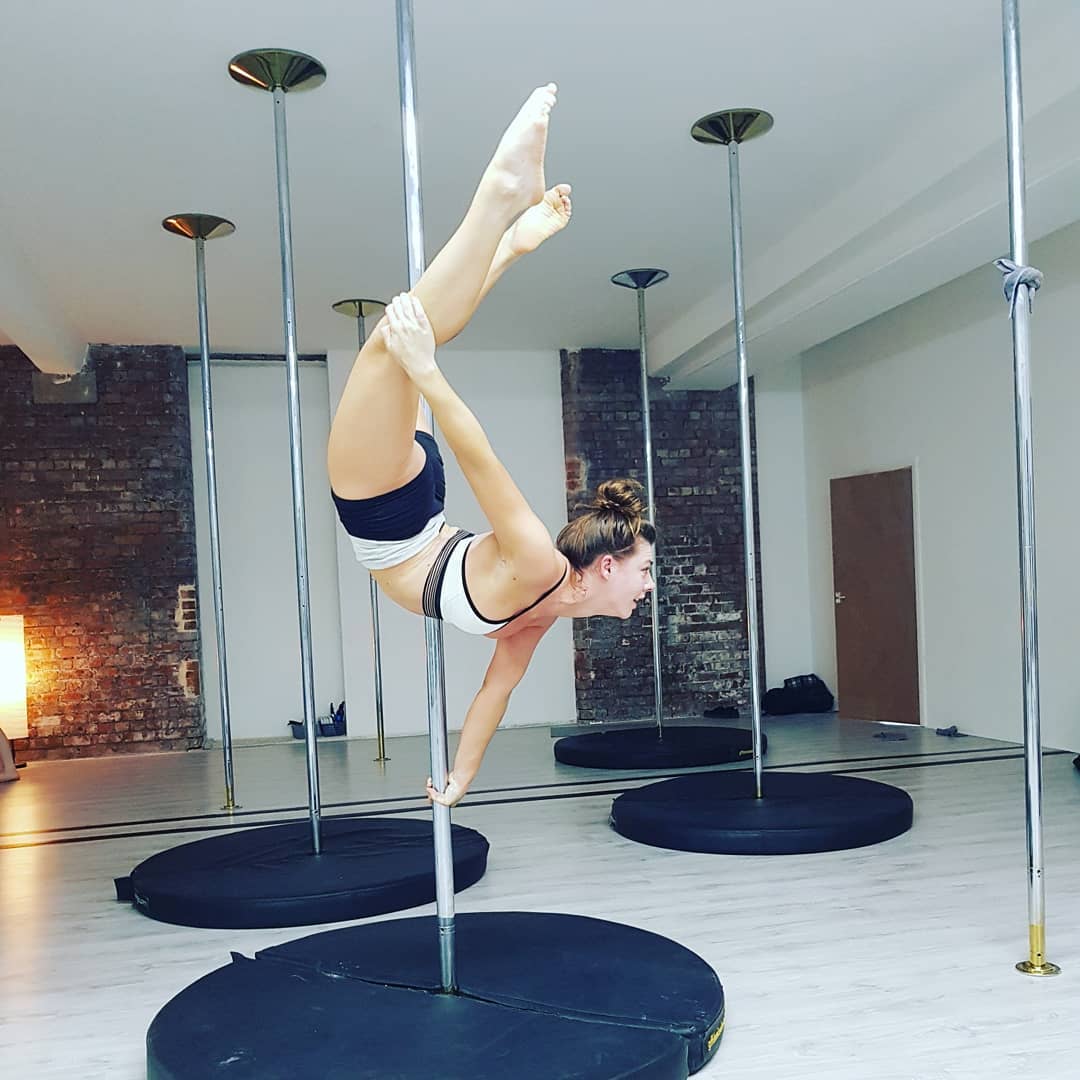 As a man who struggles to even lift himself off the sofa without a groan, the pole fitness class I witnessed was an absolute wonder – as the ladies (and men) lifted, swung, balanced, flung and spun around with seemingly very little regard for their own safety.

The sheer strength and balance involved in every second was a huge shock to someone who’d never really understood the activity as a serious form of exercise before.

My ignorance aside, as Damian commanded the class from the front, he deftly showed off his own abilities, skills that have won him a ton of awards and plaudits over the years, including UK Pole Dancing Champion 2017, International Pole Idol Winner 2016 and the Runner-Up of Mr Pole Fitness – accolades you can see for yourself in Damian’s ‘trophy corner’ in the studio. 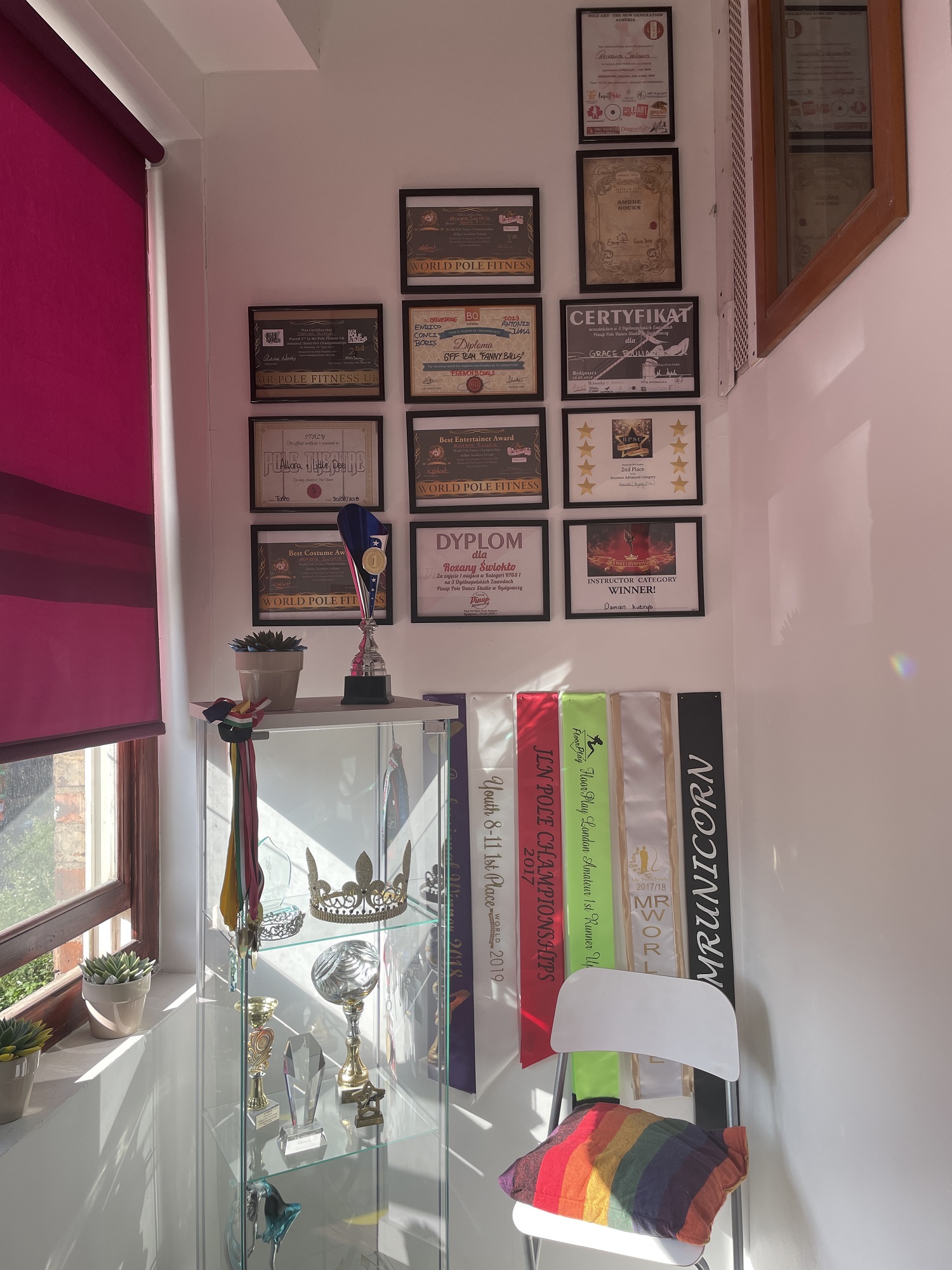 “Pole has become much more popular over the last few years, especially with kids too – so people are changing their opinions on it and I’m positive it’ll be an Olympic sport soon enough.”

To say that pole is athletic is a real understatement, working your body from “head to toe, 100% of your muscles” throughout. 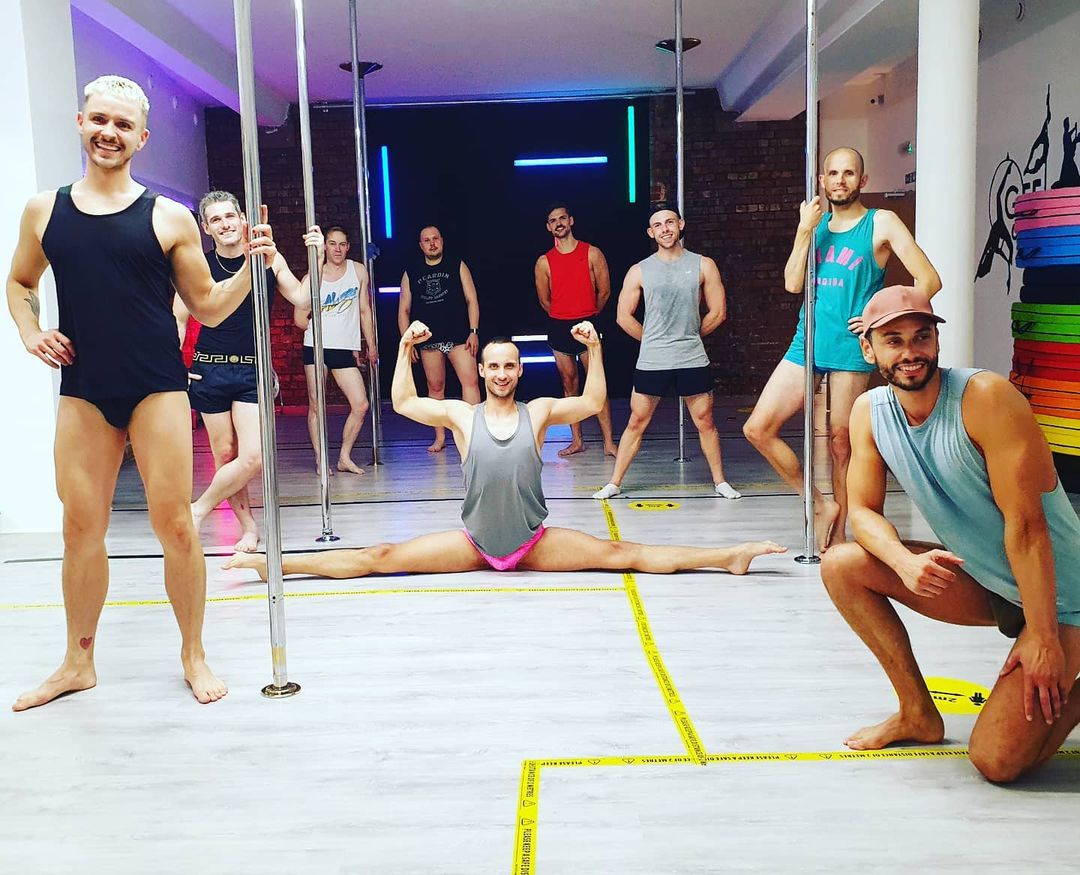 It’s not just pole dancing that’s on offer, the catch-all term ‘Pole’ can include an eclectic range of disciplines and practices, from Pole Fitness, Pole Art, Spinny Pole, Russian Style – all offered at GFF by Damian and his diverse range of talented and highly qualified instructors.

But it’s not just pole that they offer, there’s an almost overwhelming choice on offer, from Dancehall, Twerk, Stretch, Contortion, Aerial, Hoops, Burlesque, and even the opportunity to choreograph a wedding dance, or perhaps head down for a Hen Do or Stag Do to have a party and learn something new with your crew. 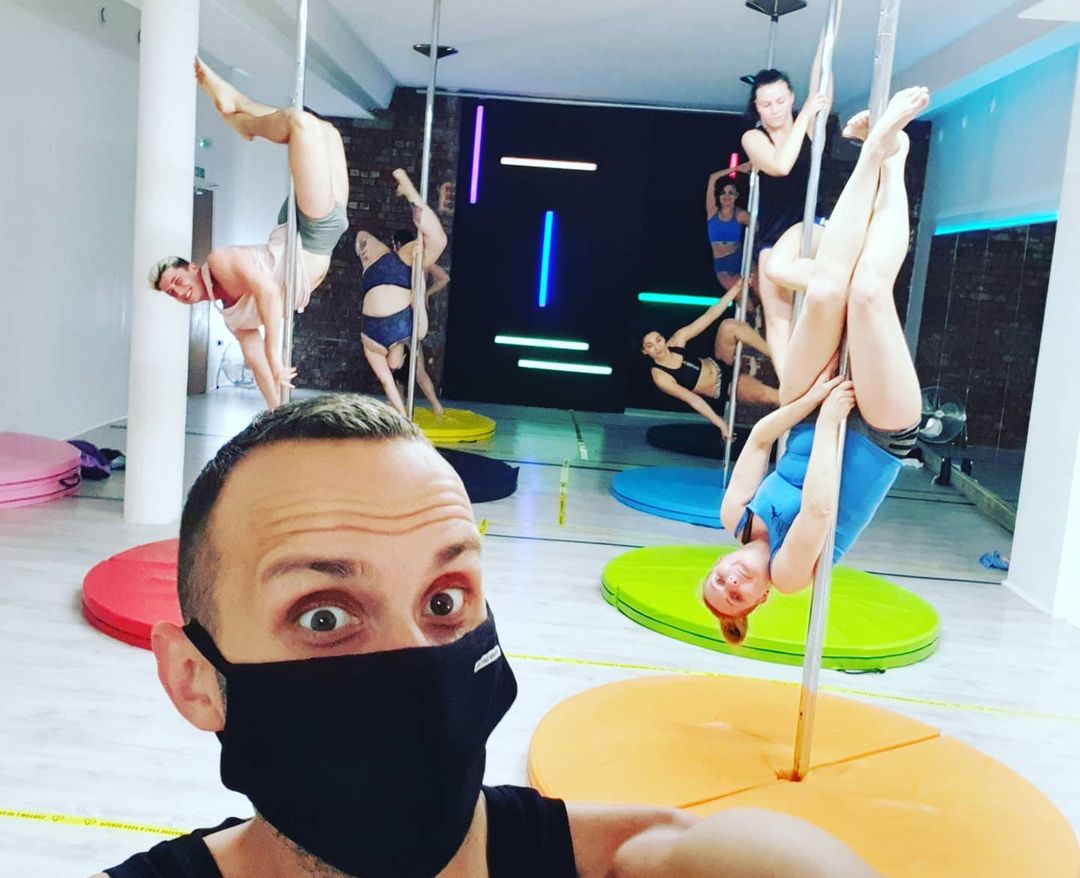 GFF basically has everything you could ever need or want from a dance studio – and it’s something Damian is (rightly) very proud of. 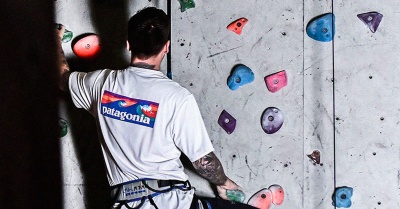 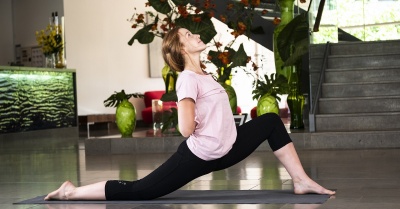 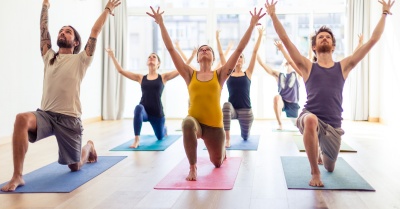