The rise of the social enterprise! It’s Levy Market!

The words ‘Levy Market’ have been floating around my peripheral social media vision for the past few months now. Good friends, those who I know to have particularly high standards where markets are involved (well-seasoned and with particularly good taste of course), have been reporting their Levy Market finds when they’ve visited. These range from vintage goodies to seriously good cake and are always accompanied with serious enthusiasm for the place. So with the next market happening this saturday I thought it was time to hooked up with one of Levy Market’s organisers Helen Power to find out more.

Levy – Levenshulme if you’re being posh

Can you tell Manchester’s Finest readers about Levenshulme market?
Levenshulme Market is, first and foremost, a market! We have over 50 stallholders every month, selling the very best street food, produce, art, crafts, vintage, plants, and more besides – our stallholder roster changes every month so we like to think that you get something a bit different every time – including entertainment and a great atmosphere. As well as that we’re also a Community Interest Company – a company which is run by residents of Levenshulme as a social enterprise, meaning that our profits go into helping increase the life chances of our residents and encouraging our rather beleaguered high street to thrive. Being a social enterprise is a really important part of our identity and our story and we’re really proud that we’re able to do some good while also providing our customers with a fun way to shop local.

We’re also a Community Interest Company – a company which is run by residents of Levenshulme as a social enterprise, meaning that our profits go into helping increase the life chances of our residents and encouraging our rather beleaguered high street to thrive

And what role do you play in it?
I am one of four directors – I look after the social media and some of the day to day operations – between us we split the work fairly evenly – a good thing, really, as we all have full time jobs and work on the Market in our spare time.

How long has it been running?
The Market has been run by the community since March this year. Prior to that it was run by Manchester City Council’s Manchester Markets team – at the end of 2012 they declared the market untenable…we knew better!

It was run by Manchester City Council’s Manchester Markets team – at the end of 2012 they declared the market untenable…we knew better!

Why did you decide to start up a market in Levenshulme?
As residents and traders on the market (two of our directors have businesses that trade on the market and have done for some time) we are all keenly aware that Levenshulme has a population of creative and entrepreneurial residents who have the skills available to create excellent and interesting retailing businesses. At the same time, our high street is a pretty sorry sight – there are a few great independent businesses, but there are also a huge amount of empty units and those which aren’t empty are often only open at night – making for a pretty unwelcomeing atmosphere, which certainly doesn’t reflect the shopping needs or the spirit of the people living here. We recognized that a great market was one way of helping the high street – increasing the footfall and encouraging residents to keep their money local – but we still felt there was more to do to bridge that disparity. Hence why we are a social enterprise – the money we make as profit will be used to help residents start their own businesses to trade on the market and to help the market traders who are ready to take bricks and mortar space on the high street.

And how has the project gone so far?
Better than we ever dreamed! When we created our business plan, we based it on selling 25 stalls per month – six months later we had 50 with massive waiting lists to get a stall – we’re actually sold out of stalls now until the end of the year! Obviously that success has not been without its headaches – gazebos are more expensive to buy that you’d think and it has meant a lot of hard work but the upside is that we’re now turning over a respectable profit and next year we expect to be able to make some significant financial contributions to the area – so the concept will get proven!

Where is the market held?
On the car park behind Levenshulme Station – meaning it’s just 6 minutes from the city centre.

And how often is it on?
Every month from March-December on the 4th Saturday of the month, although this year we’re doing our own Levy version of the Christmas Markets – on the evening of Friday 20th December – more news on that soon – all I can say for now is it will be a very special night indeed…

What can people expect from Levenshulme Market?
Atmosphere and variety! With over 50 stallholders we try really hard to make sure that we have a good range on show and not too much duplication of product – this month alone we have South American street food, award-winning sausages, organic plants and herbs, locally grown fruit and veg, independently-produced magazines, prints and zines, hand-selected wine, homemade Turkish food, juggling and circus skills, vintage home ware, artisan designer jewellery, custom made embroidered house pictures, pies, speciality breads, stained glass, farm-reared meat cuts, local real ales…and that’s not even scraping the surface – I could go on and on! There’s a full list on our website and on our Facebook page.

Can you tell me a bit about the stall holders?
We love our stallholders! Many of them come from Levenshulme and those that don’t tell us they wish they did now that they’ve seen how positive our community vibe is! It’s really great working with small business owners who are passionate about their product and about the Market and what we are trying to do – a lot of them took a punt on us in the early days and have shown a huge amount of faith as we’ve grown into something really special. And some have a really special place in our hearts – ArepaArepaArepa live in Levenshulme and decided to start their business, selling Columbian street food, after they visited the first Market – they’re now one of our most popular traders – they nearly always sell out and they’re working on all sorts of exciting plans for expansion. It feels amazing to have provided a platform for someone like that.

What makes Levenshulme market special?
Well, we’re pretty sure that we’re the only market running as a social enterprise, which makes us feel pretty special! But from a customer’s point of view the thing we’re told time and time again is that the atmosphere at Levy is like nowhere else – people don’t just come here to shop – we put out chairs and tables, have entertainment, street food, a bar and a community stall with local information on it. When I walk round the market every month I see neighbours chatting and friends catching up – that’s the thing that makes me proudest, and it makes all the work worthwhile.

Do you plan to start up any more markets in any of Manchester’s other suburbs?
We’re open to opportunities – we’re very proud of the business model we have developed – not because we want to make a fast buck but because it’s about putting a market at the heart of our community and there are no shortage of areas in Manchester (and beyond) where there’s an engaged community but a depressed high street – we’d like to work with those communities to develop something similar to what we have, rather than plonk ourselves down in someone else’s community and assume we know what’s right for them.

What does Levenshulme market have planned for the future?
More of the same! It’s been a pretty whirlwind year and the success we’ve had has been phenomenal but this year has been all about building the business, now we’d like to start to prove that the idea behind it can be a force for good too – like I said, next year we expect to have some decent money to reinvest into improving our high street, then things will get even more interesting!

And finally is it levy market or Levenshulme market?
Levy – Levenshulme if you’re being posh. There is quite a lot of dispute over whether it’s Levy, Leve or even (god forbid!) Levie. I was hoping that we could finally settle that by calling it Levy Market but there are some very stubborn folk round this way!

Levy Market is on this Saturday 28th September from 10am-4pm on the carpark right next to Levenshulme Train Station. Keep up to date with what they’ve got going on via their Twitter and Facebook pages. 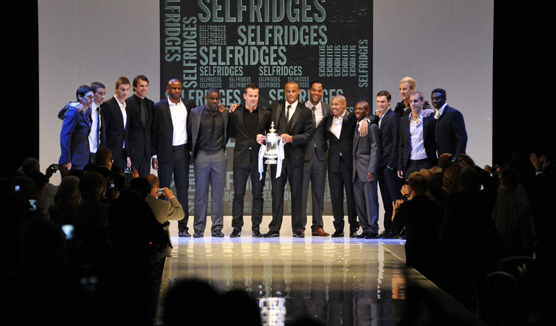 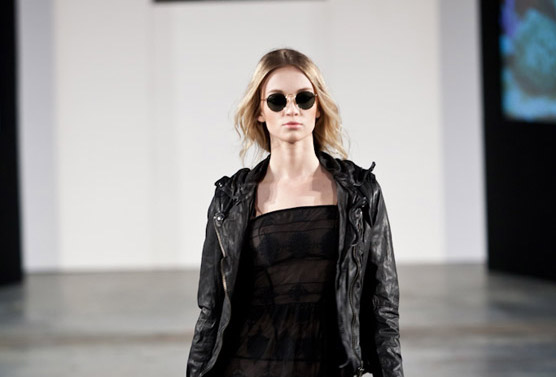 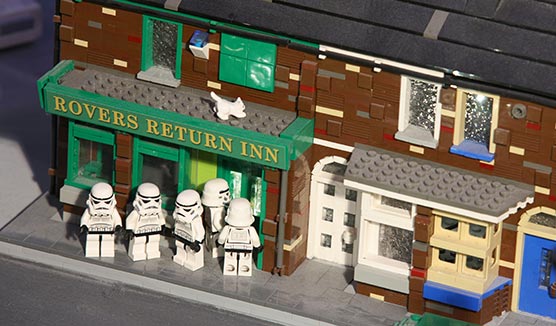