“There are tear dimmed eyes in the town today.
There are lips to be no more kissed
There are bosoms that swell with an aching heart
When they think of their dear ones missed.”

Based on the true story of the Accrington Pals, a small battalion of young men from the North West, who fought and fell in the First World War. The story follows the young men from the town volunteering and the effect it has on the lives of the women they love and leave behind.

The play opens in the town square in 1914 with May, (Emma Lowndes) and her young love, Tom, (Robin Morrissey) setting up the family market stall in the rain. Lowndes excels as the straight laced young woman whose character is central to the whole production. Her stall and later her house are the focal points for much of the action and gossip as the locals are brought together when the ‘Pals’ are formed and waved off to start their training in Caernarfon, Wales.

Ralph (Gerard Kearns) and Eva (Sarah Ridgeway) are introduced and give notable performances as a fresh faced new couple with the latter taking over duties at the market stall as Tom heads off to war with her young lover. Ralph being washed naked in the tin bath by Eva brings a brief moment of comedy to quite a dark first half as the story and characters are introduced. Another of the young girls in the town, Bertha, played brilliantly by Laura Elsworthy, provides a few golden moments with her throw away one liners and thick set Lancashire accent. She points out her father once said about her, ‘I was better followed than faced’ on account of her ordinary appearance and demeanour.

All the girls perform with realism and subtlety with the second half of the show highlighting the women’s battle for truth – finding out what has happened to their men alongside the sheer hell of war. The drinking scene featuring all the women, Bertha’s proposal anecdote and the breakdown of the previously stalwart, Annie (Sarah Belcher) proves particularly bittersweet.

Simon Armstrong plays CSM Rivers who commands, with an often sinister touch, the ‘Pals’ with authority –Armstrong’s performance evoked the era perfectly. A nod must go to the Royal Exchange costume department who have dressed all the cast in period attire down to the finest detail with the sound and lighting particularly during the battle sequences providing a perfect backdrop to immerse you into the War. The use of real rain falling on the set is done effectively and really echoes the feeling of life in the trenches.

Directed by James Dacre and written by Peter Whelan the little known story of The Accrington Pals is a dramatic and poignant piece of theatre that captures a a group of naive but willing young volunteers from all walks of society as they become part of ‘the big push’ and one of the blackest days in the British Army’s history.

“How in gallant charge in the world wide war
As Pals they fought and fell.”

The Accrington Pals runs from January 17th to February 16th at the Royal Exchange Theatre and comes highly recommended. 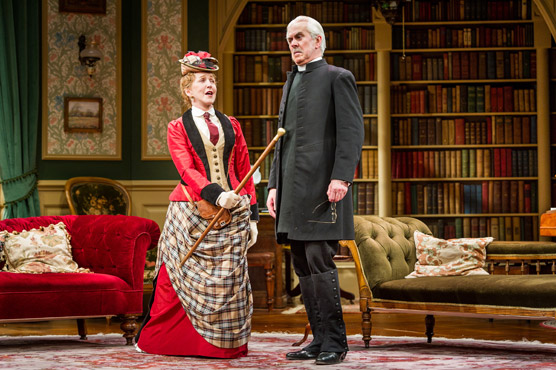 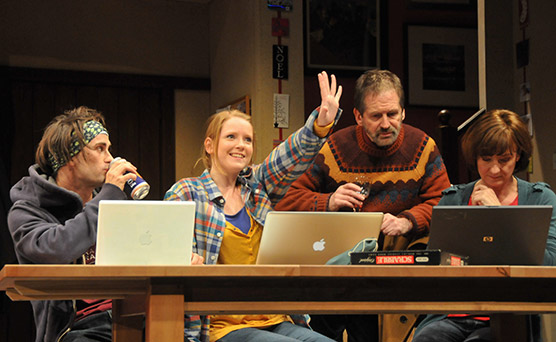 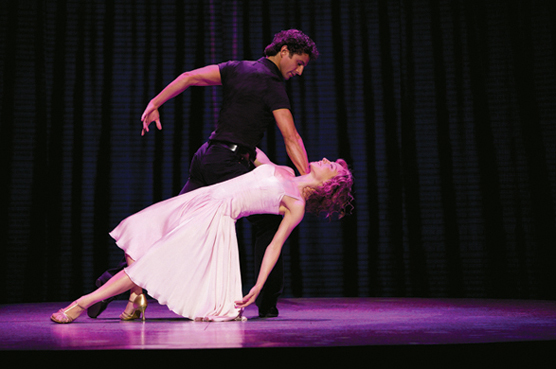