What with all the nice weather recently the city's parks have been getting a right battering, with countless tins of Fosters, discarded frisbees and unwanted packets of potato salad clogging up the grass and bushes of our once beautiful green spaces.

No need to worry though because this year will see some proper outdoor theatre return to Fletcher Moss gardens in Didsbury, ensuring that at least one of our parks will regain some dignity and much needed culture after countless weeks of bad Skepta on tinny speakers.

Of course, outdoor theatre can be a bit risky, with the chance of it raining or snowing constantly dangling over everyone’s heads, but Heartbreak productions have over 27 years of experience and so you’re in good hands as they belt out some absolute classics. This year’s line-up is:

The Midnight Gang by David Walliams
Friday 29th June – Sunday 1st July
One for the kids – The Midnight Gang tells the story of a bunch of children who are all in hospital for some reason and the adventures that they get up to when the clock strikes midnight. As a 32-year-old man I have never heard of it, but if you are a child, or more likely have a child – this will be a winner. There’s magic in it too so unfortunately, it’s not suitable for 17th Century American peasants – sorry.

Much Ado About Nothing by William Shakespeare
Saturday 7th & Sunday 8th July
Probably one of Bill Shakespeare’s most well-known comedies, Much Ado About Nothing tells the story of a couple of blokes who come back from war and fall in love with a couple of girls at a party. For Hero and Claudio it’s love at first sight, while Benedick and Beatrice carry on a charade of witty insults that hides their true feelings. Heartbreak’s adaptation takes place in post-war Britain at a garden party as opposed to a smelly masked ball in the 16th century where everyone has scurvy and syphilis. Good idea.

Pride and Prejudice by Jane Austen
Thursday 19th & Friday 20th July
Most people know the story of Pride and Prejudice either because they’ve read the book, have seen that movie with Keira Knightley or have watched that version with zombies that included ninja Bennet sisters. It’s one of the most famous novels of all time and cemented Jane Austen as a superstar of the time, much like an old-school Dan Brown but with better sentence structure. Expect a production packed with comedy, corsets and of course – lots of romance.

The Railway Children by Edith Nesbit
Friday 17th – Sunday 19th August
Railway lines these days typically involve excessive levels of tutting as the Northern Rail carriage fails to turn up and seemingly endless discarded Ginsters packets littering the walkways. In the ‘good old days’ though it was a much more romantic and classy affair, with gentlemen in bowler hats, nice helpful ladies wearing pinnies and the occasional Russian bloke looking for his family. The story centres a group of children whose dad has been accused (and locked up) for being a spy, where they then recruit an old bloke at the railway near their house to help get him off the hook.

All shows are performed out of doors at Fletcher Moss Botanical Gardens and tickets range from £11 to £19. Seating is only provided with premium tickets (so bring a blanket or a chair if you purchase a standard ticket). Picnics are encouraged. Umbrellas are recommended.

The productions are also being performed throughout the region including Walkden Gardens in Sale and Longford Park in Stretford. For more details on these, check out the Heartbreak Productions website. 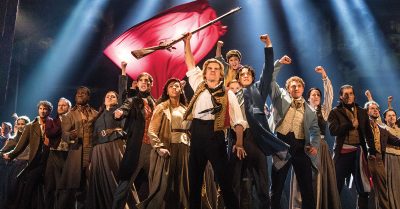