The historic Textiles Gallery at the Museum of Science and Industry is to receive a facelift ahead of summer – meaning there will be more objects on display and better hands-on activities than ever before.

The gallery will paint a vivid picture of how cotton transformed Manchester into a city like nothing the world had ever seen before, populated by ingenious makers and determined profit seekers, spinning and weaving cloth to sell around the globe. In this sprawling, swarming, rain-soaked city of extreme wealth and poverty, the cotton industry reshaped the lives of Manchester people, creating a new kind of urban community.

Among the new objects on display are a pair of child sized clogs from Charter Street Ragged School. These clogs were lent to children too poor to afford their own shoes – but had to be stamped with instructions not to be pawned, as poverty meant that families would consider swapping their borrowed shoes for a hot meal.

There are also coins that were hidden in the roof of a cotton mill during construction as a lucky charm to bring prosperity, a 180-year old cotton day dress made at the peak of Manchester’s industrial transformation and updated displays that explain the links between Manchester’s textiles industry and the transatlantic slave trade.

Much-loved objects from the gallery’s current form, such as Richard Arkwright’s incredible Water Frame that revolutionised cotton production, will be redisplayed in a way that will increase visitors’ enjoyment, and the ever-popular Explainer shows among the working mill machinery have been updated to give an even deeper and more exciting insight into the birth of the industrial revolution.

As well as new interactive displays, the gallery will include a conversation space where visitors will be able to try hands-on activities, get up close with unusual objects and have their say in upcoming projects in the gallery.

The museum team have been working with award-winning designers Nissen Richards Studio to create the new look for the gallery.

In order for the work to take place, the gallery will be closed for five days from May 21, reopening temporarily for Half Term so visitors can continue to enjoy textiles demonstrations throughout the holidays.

Work will commence in earnest on June 4 before the refreshed gallery re-opens at the end of July. During the temporary closure, weaving workshops and textiles talks will take place in the Revolution Manchester gallery, adjacent to the Textiles Gallery.

One of a pair of clogs loaned to children that attended the Charter Street Ragged School. The shoes are stamped with ‘CSRS loaned, not to be pawned’

The Textiles Gallery is in the museum’s Great Western Warehouse, a Grade II listed building which dates back to 1880 and was one of the original buildings of the goods station site that surrounded Liverpool Road Station, which was, in turn, the terminus of the world’s first inter-city passenger railway.

The makeover is part of an ambitious programme of work in the run-up to the unique site’s 200th anniversary in 2030 which will reveal the fascinating stories of the museum site and its role in the development of Manchester and the industrial world. 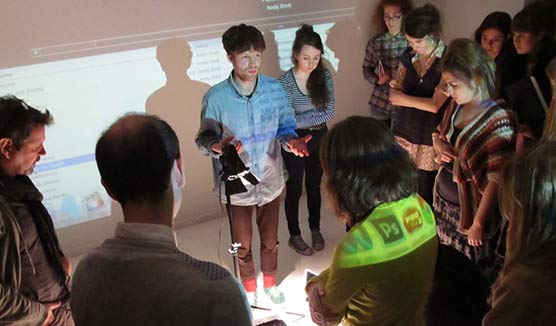 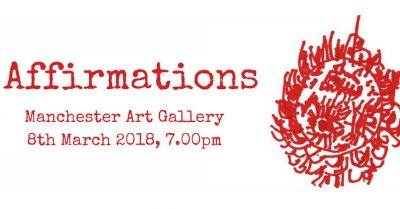 Artists with Disabilities take over Manchester Art Gallery with ‘Affirmations’ 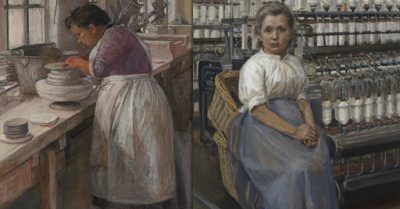